I replayed the Charles Grant 'Cavalry Encounter' teaser last night, with the minor changes to setup I outlined in my previous post. The game flowed better, although the result was the same; Bolivar's cavalry was routed by that of the Royalists. I took pictures, of course. 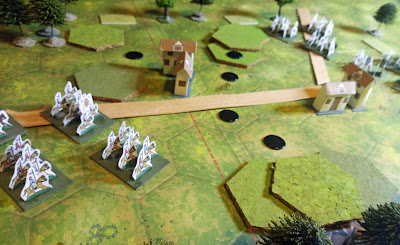 Initial skirmishes on the northern hill. 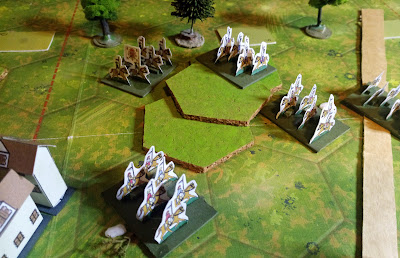 Bolivar's cavalry form up as the Royalists advance down the road. The terrain in the centre was free of unexpected boggy ground this time. 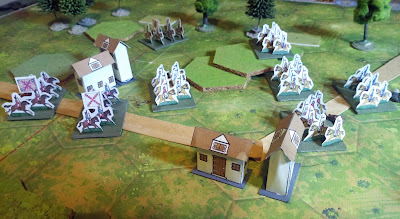 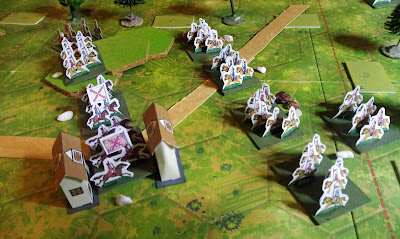 Bolivar's right collapses, and an attack in the centre and on the left fails, forcing the survivors to retreat from the road. 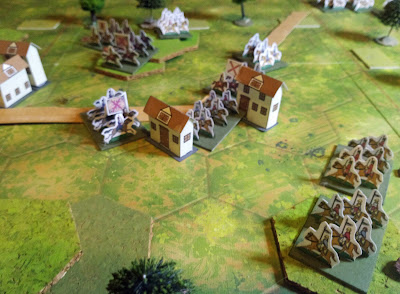 A series of Royalist attacks leave the Patriot cavalry at breaking point. 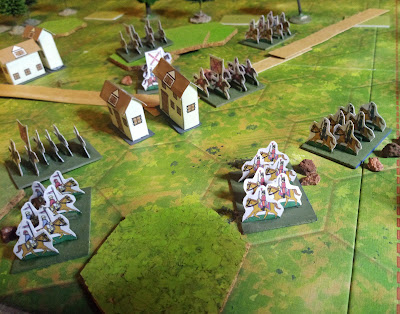