I has a go at refighting the 1813 battle of Salta last night, using my Liberated Hordes HOTT variant for the South American Wars of Independence, and the paper armies I'd been using for Simplicity in Hexes. 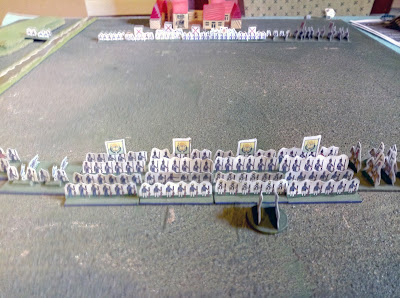 It was an excuse to use my latest purchase - one of those toy wooden villages that I've always admired in other people's game setups. To be honest in this battle the town (which is Salta of course) simply act as as garnish, but I wanted to get the pieces on a table at some point over the weekend. 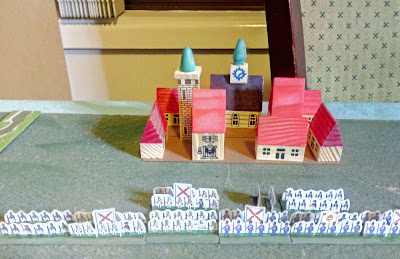 Salta is pretty much a straight up fight between two generals of equal ability (as in they're both Poor). The Patriots, under General Belgrano enjoy a superiority in quality, as well as a slight edge in numbers. So the Royalists, under General Tristan were content to sit and wait for them to attack.

The Patriots attacked, and as the infantry lines got closer, launched their cavalry at their Royalist counterparts. 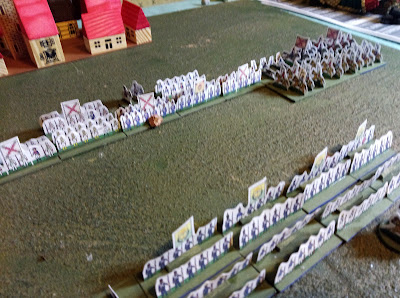 Against the odds the Patriot horse were thrown back; the Royalist cavalry is inferior, but were supported by artillery. 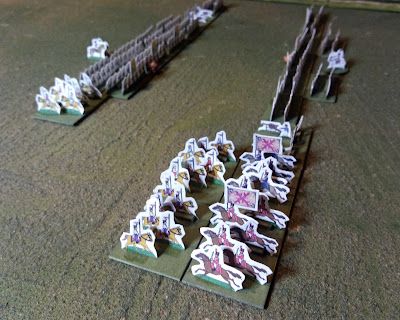 The infantry lines were now in musketry range, and the initial volleys saw the Patriot advance stopped in its tracks. 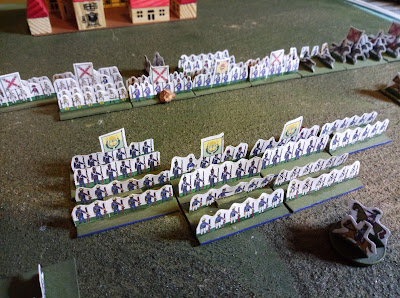 Things were looking good for the Royalists. Their cavalry was actually winning the action on their left flank, and General Belgrano was acting with hesitation causing his army to waver in its desire to get to grips with the enemy. 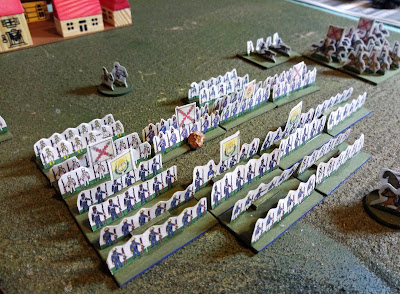 Unfortunately the Royalist infantry line was also beginning to break up. 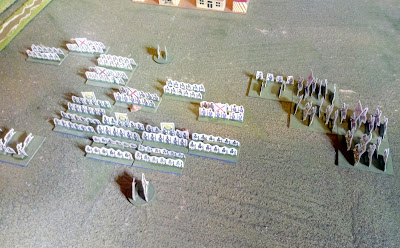 Their cavalry drove off the last of the Patriot horse, leaving it free to turn on the Patriot right flank. 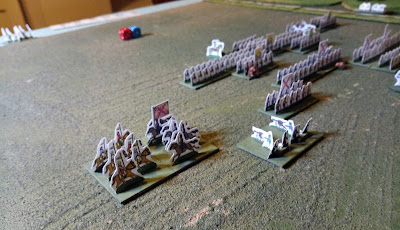 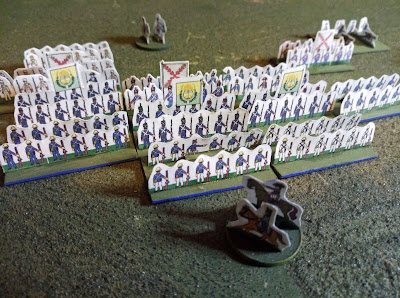 The Royalists seemed to hold, as their cavalry swung in on the Patriot right and skirmishers harassed their left 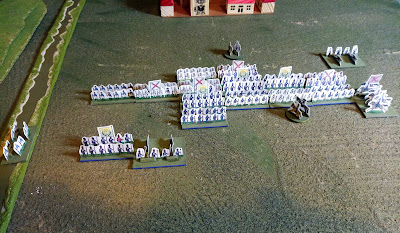 But the Patriot's resolve held. They saw off the flank attack and made one final push. The Royalists fell back ... 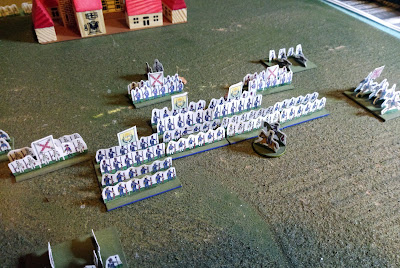 ... and then, starting from the right of their infantry line, began to rout. 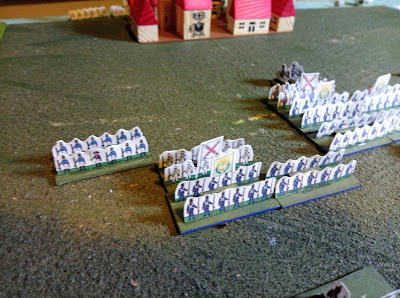 General Tristan was unhorsed and captured trying to rally infantry in the centre, and the battle was lost for the Royalists. 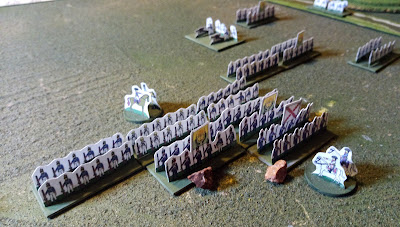 Casualties were heavy. The Royalists saw virtually all of their infantry destroyed or routed, whilst the Patriots lost all of their cavalry. 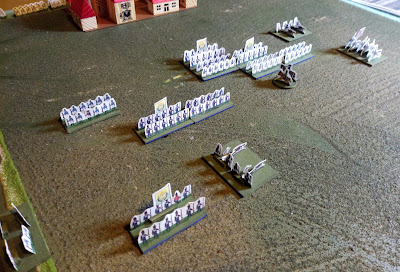 I always love refighting this battle. Despite the imbalance it gives a short, dramatic game and sometimes the Royalists can pull off a lucky win.
Posted by Kaptain Kobold at 09:35