I was off work with a cold today, but plodded my way through another game of What A Tanker to keep my brain from seizing up. This time I pitted a Sherman and a Honey against a Pz III and a Luchs. I wanted to try out the fast, light tanks, as well as the rapid-fire trait the autocannon on the Luchs has.

The light tanks are fast. The Honey quickly got behind the Pz III. 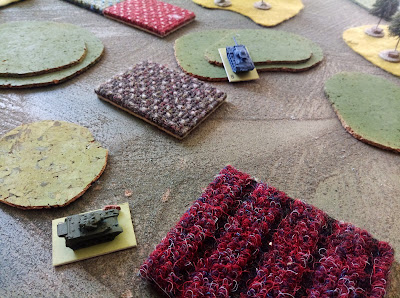 Meanwhile the Luchs found itself the cover of some woods, and the Pz III tucked in behind a hill, leaving the Sherman in a tricky position. 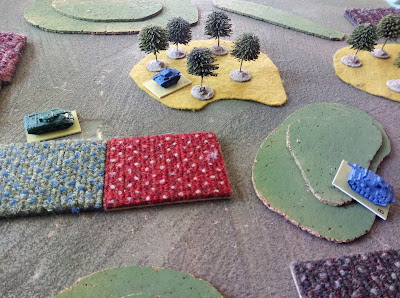 However the Pz III couldn't ignore the Honey to its rear. And the Honey couldn't acquire its target for love nor money. Now in danger, the Honey ran for it. The Pz III fired a parting shot, but rolled a critical fail, allowing the British tank to escape. 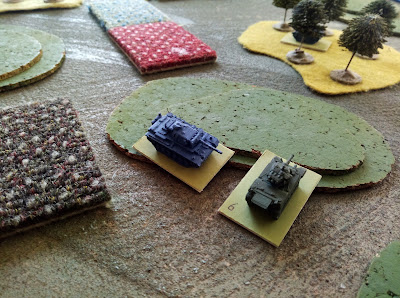 Unfortunately the Luchs had moved round in support, and raked the Honey with autocannon fire, damaging its drive. The crippled Honey now had a gauntlet to run, and only one leg to do it on. 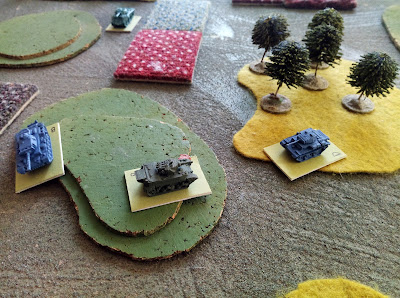 Whilst the Luchs hunted the damaged Honey, the two larger tanks went hull-down facing each other. Both needed three acquisition dice in order to start shooting, but neither could manage it. 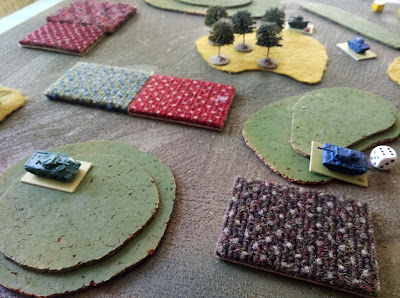 The Luchs continued to wear down the Honey, which was forced to turn to face. 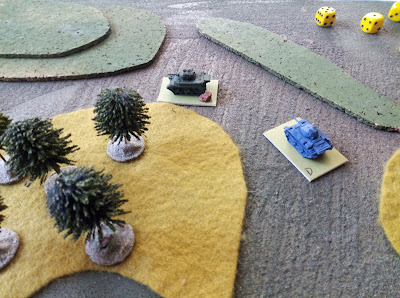 With the Honey now down to one command dice, the Luchs abandoned it and quickly moved onto the flank of the Sherman's position. 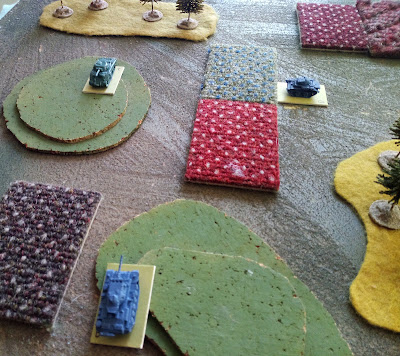 The Sherman attempted to reverse into the woods behind it, but the Pz III quickly changed position, and reached into a hull down position on the hill the Sherman had previously occupied, before pounding the Sherman with a series of well-aimed shots. The Luchs scored some non-penetrating hits from the flank as well, and soon the Sherman was immobilised, so I called the game. 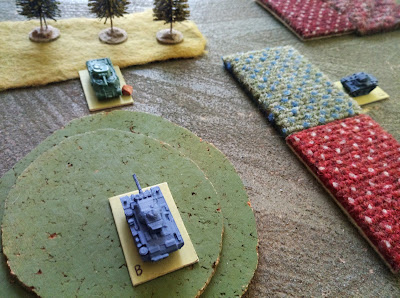 The Honey had occupied a hilltop position behind the Luchs, but with only one command dice was going to take several turns to repair and get back into the action. 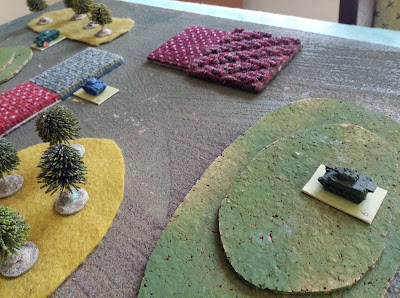 Light tanks are very quick, since they can always move if they want to, and add to any movement they actually roll. The autocannon was also very useful; it can fire consecutive shots without reloading, and the Luchs was very lucky with the rolls required, allowing it to fire a couple of well-aimed shots each turn. Not deadly on their own, using wild dice to increase penetration proved useful.