One thing I'm getting very bad at is going to museums that would make the subject of a good blog post, and then only realising that fact after I've been and not taken any decent photos.

And that's precisely what I did whilst we were on holiday. Twice.

So in this post you get some half-arsed photos of two museums which are worth the effort of visiting if you're  travelling along the NSW/Victoria border.

The first is the Lake Boga Flying Boat Museum, which is near Swan Hill and was the site of Australia's secret flying-boat repair base during WWII. Like a lot of museums of this nature, it's volunteer-run, on a shoestring budget, so the quality of the displays can be a bit iffy at times. There's a lot of random items in display cases, and a feel that the place could do with a little more organisation or curation, but it does the job of showing the work of this installation during the war, and what life was like for the hundreds of men and women stationed there.

They have a model of a Catalina flying-boat, of course ... 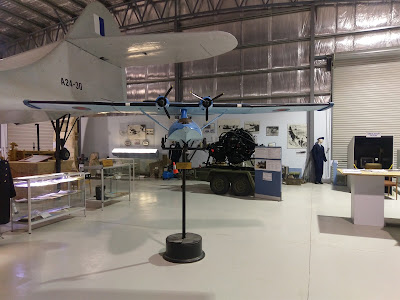 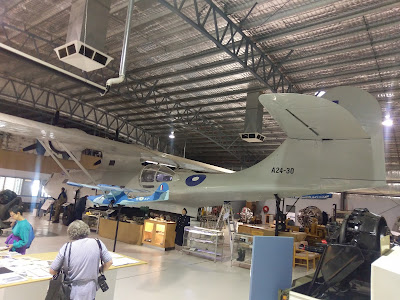 Lake Boga was selected as a base because it is large enough to land flying boats, whilst also being almost circular (thus allowing take-off and landing regardless of wind-direction). Being well inland it was basically safe from Japanese attack. Over 400 planes, Australian, US and Dutch, were repaired or serviced there during the war. 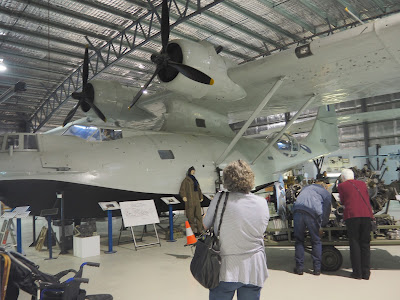 You can even climb up a rickety step-ladder and get a view along the interior of the fuselage. 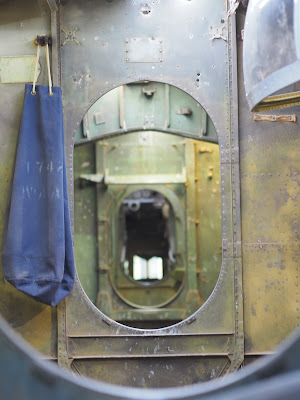 Next to the main museum is the command bunker, which has some great wartime radio kit on display. 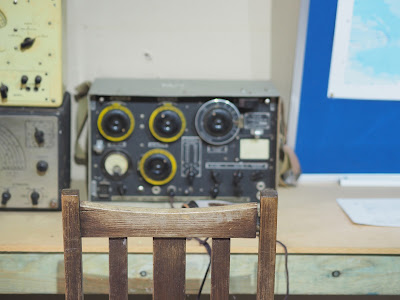 In a series of display cabinets in the foyer is a collection of 1/48th aircraft models bequeathed to the museum. These cover WWI and WWII, and include a complete set of all Spitfire marks. However the highlight for me was the collection of WWI aircraft. I took a few photos for painting reference purposes. 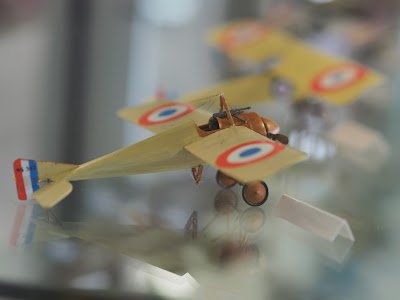 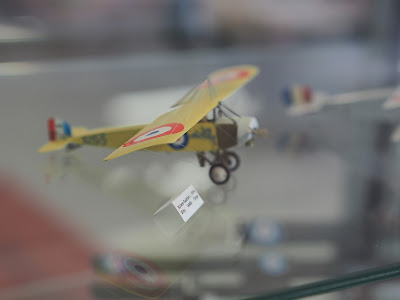 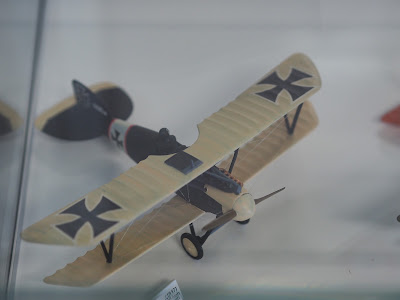 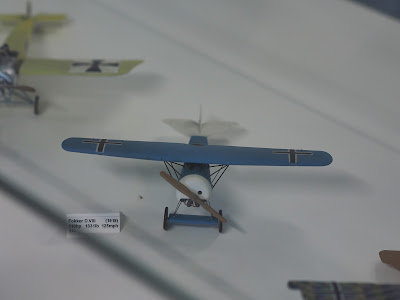 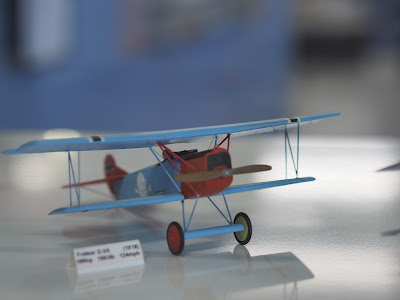 A week later we found ourselves further west, in the town of Wentworth, which is where the Murray and Darling rivers meet. The Murray/Darling river system is extensive - the fourth largest in the world, and one of the most navigable - and was key to the opening up of the interior of Australia during the late 19th century. And where you get river you get riverboats. We'd seen the real things in Echuca earlier, but in Wentworth is a small museum run by a man named Rodney Hobbs who builds scale models of Australian riverboats. 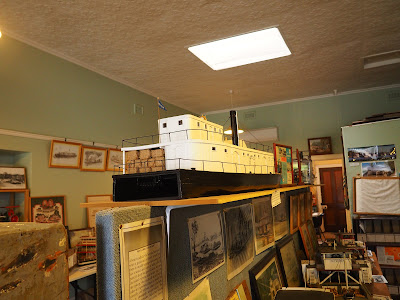 There's about 30 in the collection at present, all completely scratchbuilt in roughly 1/32nd scale. 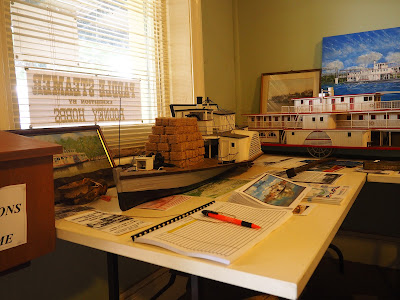 He admits that the accuracy of some of them is suspect; in many cases all he had to work from is a single photograph, newspaper illustration or written description, so some elements of the models are based on conjecture. In other cases, however, he has full plans, or even the actual boat itself. 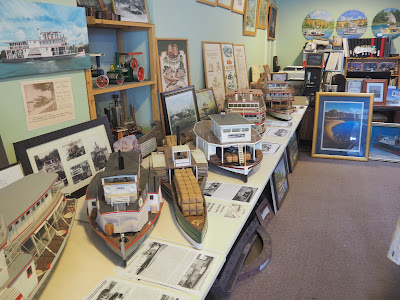 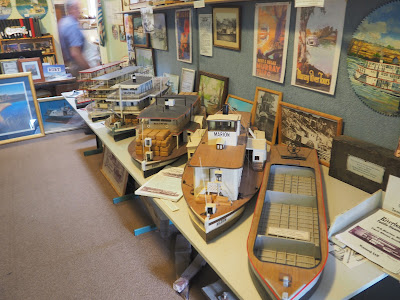 This is a model of the Pevensey. 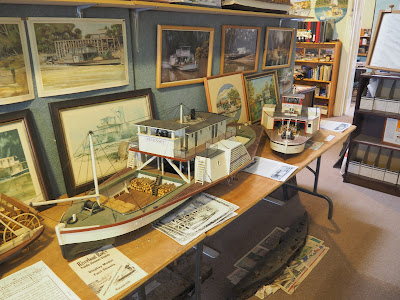 The actual boat has been restored and operates out of Echuca, taking tourists up and down the river. We went on it, and it's well worth the trip. The Pevensey starred as the Philadephia in the 1980s TV mini-series 'All The Rivers Run'. 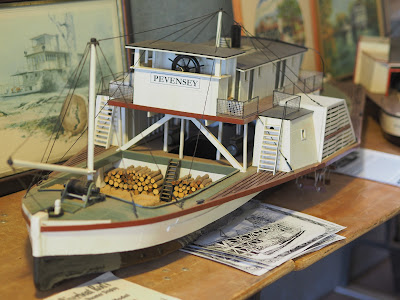 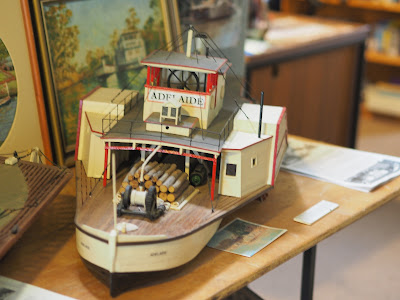 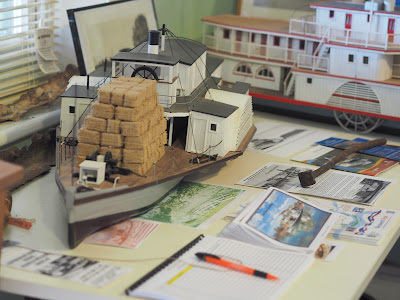 As you can see, along with the models the museum has pictures, newspaper cuttings and all kinds of other ephemera. 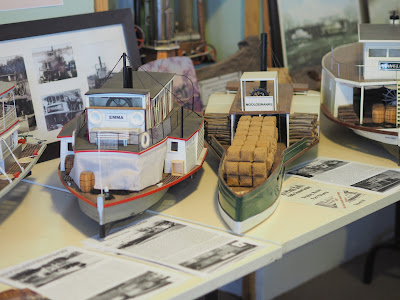 I spent a good hour chatting with Rod about riverboats, both Australian (his passion) and those from the US Civil War (my passion). He showed me his workshop, and the model he currently has under construction, although I didn't take any photos there. He uses thin MDF strips for the hull planking, whilst the interiors and superstructure and largely built of balsa. Like any good modeller, he salvages all kinds of crap for future use. 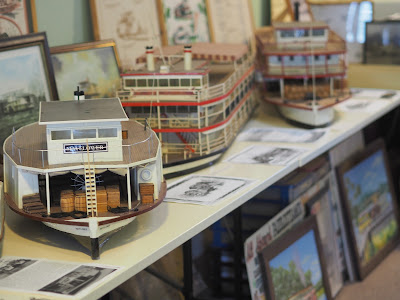 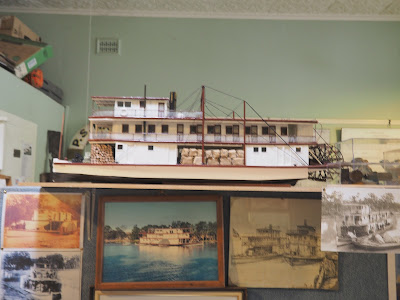 This collection of models is truly worth a visit if you're passing through Wentworth. 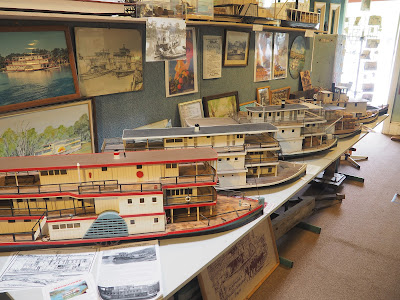 A final bonus photo. Wentworth also has a Pioneer Museum, which not only houses artifacts and ephemera from the town's history, but also has a collection of fibre-glass models of some of Australia's extinct megafauna. Particularly impressive is this model of the giant monitor lizard, Megalania. It's a constant source of amazement that these things possibly overlapped with the presence of humans in Australia. It's not something you'd want to encounter, ever. 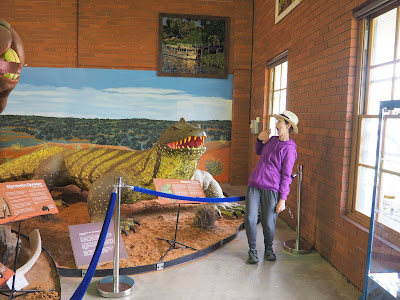