For our last game of the year we played a big game of Maurice, with three 100pt armies on each side. We used two decks shuffled together, but reduced the army morale breakpoints a little just to make sure we could bring the game to a conclusion within the evening.

Armies were loosely based on historical prototypes. Or maybe not. We just put together interesting 100pt forces, with some people trying out a few ideas for our next Maurice campaign, which will start early next year if all goes to plan.

One one side Caesar, Peter and Ralph ran an Austrian/Prussian Alliance. On the other, John, Daniel and I ran a Russo-French-Swedish Confederation. Here are my Swedes. I tried irregular cavalry in my force. 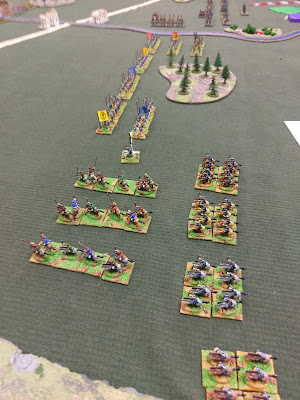 Caesar's Austrians opposed me. He went for a cavalry-heavy force, backed up by lots of high-quality artillery. 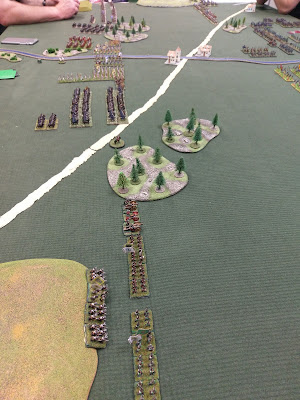 The French (foreground) and Russians (background). The Russians had Rally To The Colours, but were facing Prussians with their deadly Lethal Volleys. 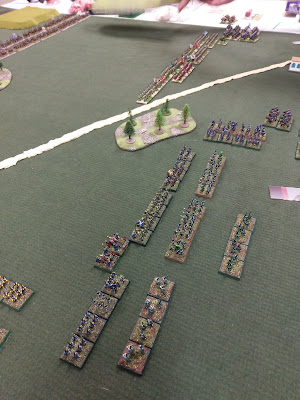 In the centre Peter advanced his Austrians along a river, taking two small villages there. 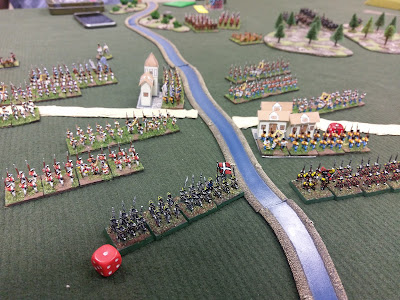 I pushed my irregulars forward, to grab the woods in the centre of Caesar's deployment area. They took hits from his excellent artillery on the way. 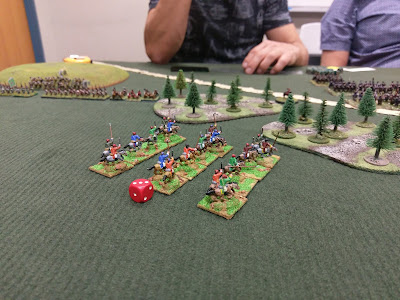 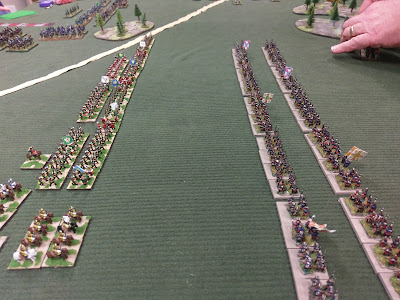 I pushed the Swedish cavalry forward to support my irregulars. 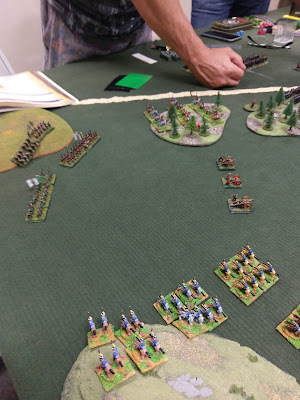 Meanwhile Peter's Austrians were approaching my infantry line. Both Peter and I had selected Clerics as a national advantage; would we get a chance to see how they work? 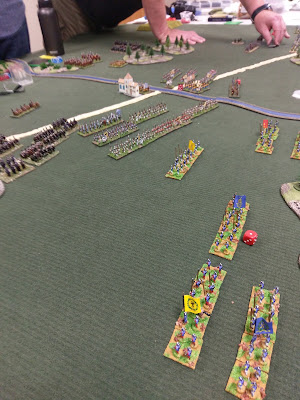 On our right the Russians and Prussians were exchanging shots and, as always happens, the Lethal Volleys were proving their worth. 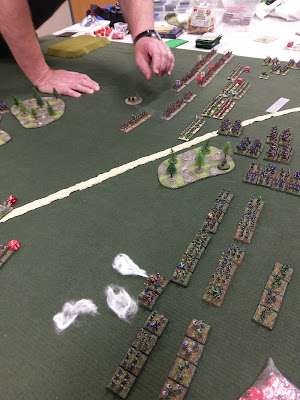 Peter and Caesar jostled for position as they advanced. One of my units advanced alone to meet them. This wasn't my choice. 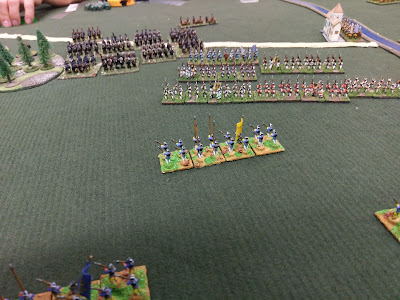 Meanwhile my cavalry piled into Caesar's rather unenthusiastic infantry, and routed it. 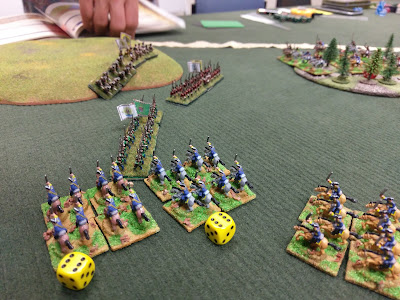 Caesar's cavalry surged forward towards my infantry in response. I prepared my clerics to bolster the troops. My cavalry continued their attack, but failed to break Caesar's remaining infantry. The cavalry fell back and then got shot to pieces. As always. 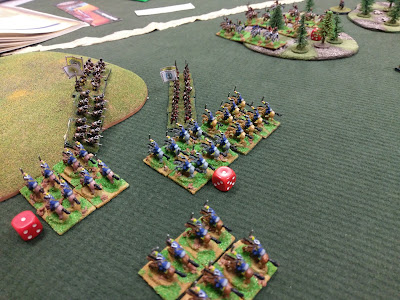 The Russians were now attacking the Prussians to avoid being shot at. But our army was losing morale rapidly, and our opponents' wasn't. 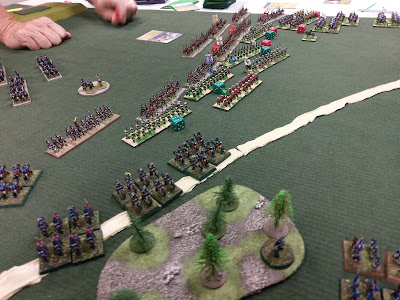 Before Caesar's impressive cavalry force could hit the Swedes, our army collapsed. 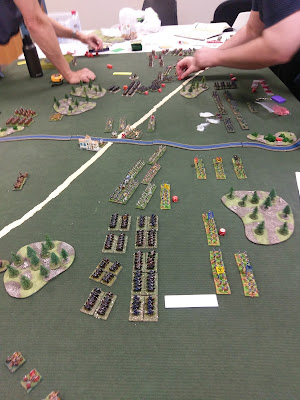 We played to a conclusion in about three hours, which was great, even allowing for the fact that we dropped our starting morale values a little. Once again we found that Lethal Volleys is very good value indeed; maybe under-priced for the effect it has, or too powerful for the cost. We've considered a few possible 'fixes', but aren't sure where to go with it. Two of us chose Clerics, but we never got into a position to use them. I didn't really get to use my irregulars to their full potential either. But I think everyone got some ideas for our future campaign games.

It was also nice to roll some dice again, after a break of at least a couple of weeks.