Army Showcase - Flash Gordon and the Warriors of Mongo

I first conceived the idea of doing a Flash Gordon army for 'Hordes of the Things' back in 2000, but it took me two years to get around to putting it together. It was a fun army to use, with a strong aerial contingent, and I even used it with some minor success in a tournament.

A couple of years ago I decided to revamp it; tidy up the paintwork, redo the bases and even add a few new elements. As ever that particular project stalled, but in the past week or so I finished it off, mostly because I was willing to count the reworking as a 'new' HOTT army for the purposes of my 6x6 Challenge.

So here is the current incarnation of my Flash Gordon army. There's slightly more than 24AP; I think the original reworking was for a competition that used 36AP armies, although I must have lost some of the elements, because I can't see how I would have got 36AP out of what I have finished.

The army arrayed in full. It's based on various versions of Flash Gordon, including the comic strips, the 1930s serial and, of course, the wonderful 1980 film version. 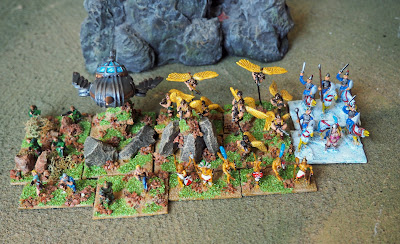 In my original version of the army, Flash was an aerial hero general, and I still have the figure to do that. I didn't think to rework it as part of this project so will do it at a later date. For this iteration of the army, I have simply set Flash up as a hero general, accompanied by Prince Barin. Flash is a Peter Pig figure (indeed I think he's John Carter), whereas Barin is a tabletop Miniatures sci-fi figure. 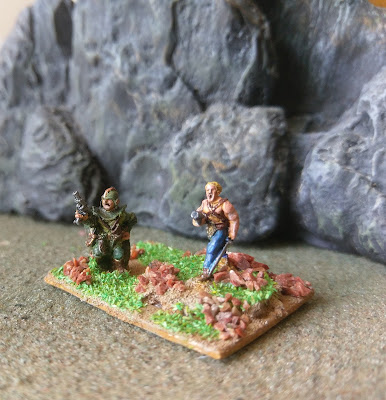 Dale Arden and Doctor Hans Zarkov are a sneaker element. Both figures are from Peter Pig. Maybe one day I'll replace Dale with something more glamorous, but I rather like this version. 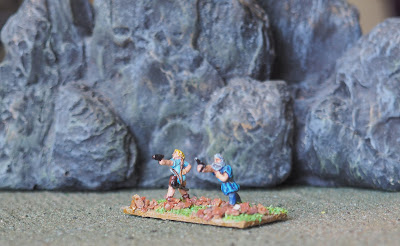 Prince Vultan can be either a flier or, if you have the points, an aerial hero. I can't remember who made these beautiful Hawkmen figures, but I think they inspired the production of the army all those years ago. I added a beard to this figure for that essential Brian Blessed look. 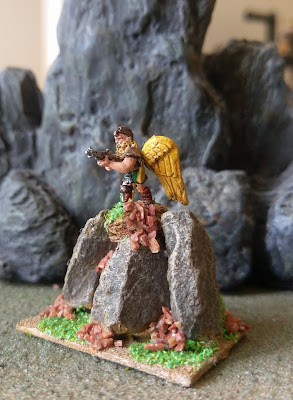 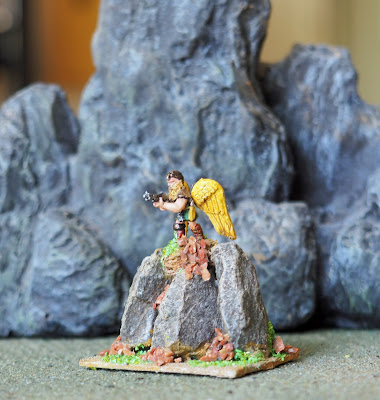 The rest of the Hawkmen are fliers. 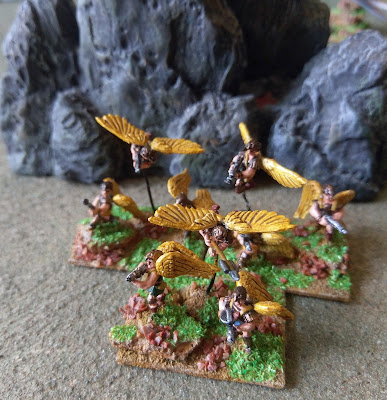 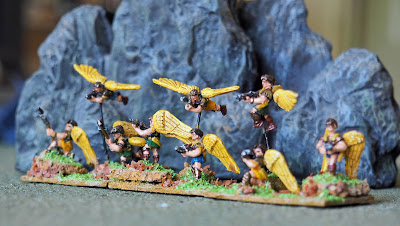 Prince Thun's Lionmen area mix of spare ancients figures with a suitable paint-job and milliput and wire tails (which you can't see in the photos. They are classed as warband. 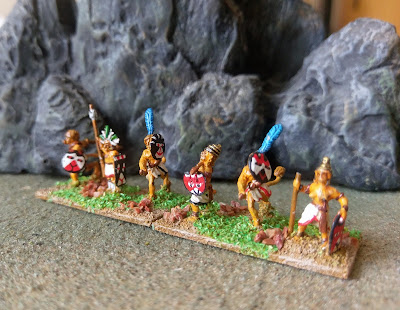 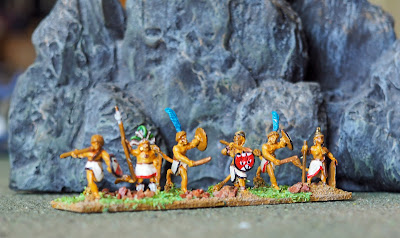 Whilst Prince Barin gets to lord it up on the general's element, the rest of the Arboreans (more Peter Pig figures) are classed as lurkers. I may still add some trees to their bases because, well ... Arboreans. 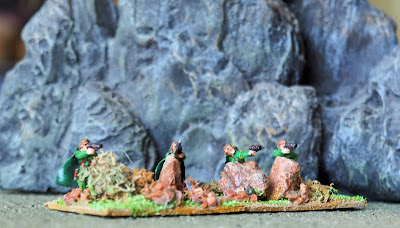 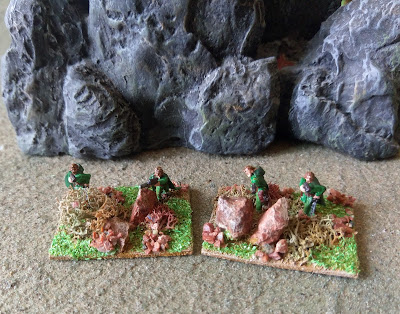 A completely new addition to the army are the Frigians under Queen Fria. In the comic strip they ride around their arctic realm on snow-birds, flightless avians that look eminently suitable to die of frostbite in such a climate. But this is Mongo; who cares? Queen Fria seems rather under-dressed for such a climate, but the comic shows her and Flash in very little clothing, but with some kind of transparent thermal suit over the top. So she's wearing a transparent suit over that lilac bikini, OK?

The Frigians are riders and are mostly chook riders from Evil Gong Miniatures, whilst Queen Fria is, I think, a 15mm dungeon adventurer from an unknown manufacturer. 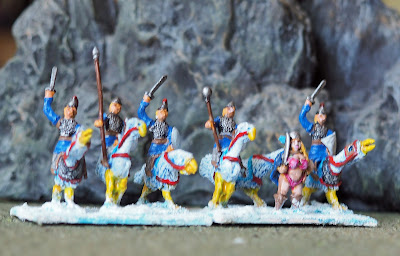 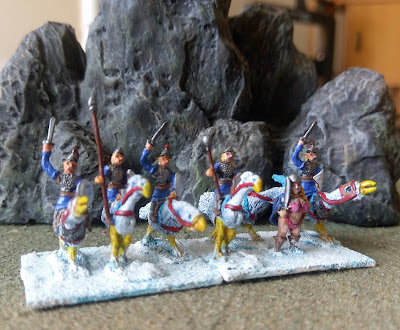 You've seen this before; this rocketship is a resin model of Princess Aura's shuttle from the 1980 Flash Gordon film. I chose not to paint it the same as in the film (where it's red and black) as I preferred the more metallic look of the older iterations of Flash Gordon. The rocketship is an airboat. 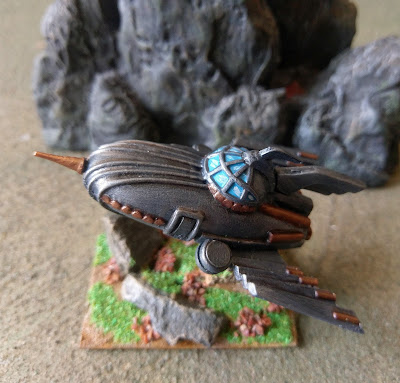 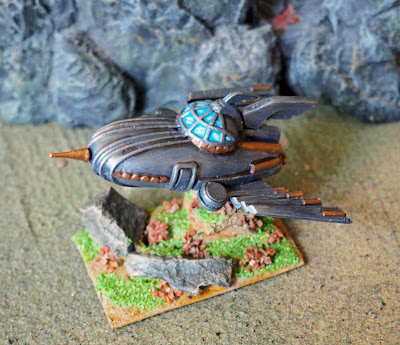