I have just got back from our latest camping holiday - two weeks looping down into Victoria, up and along the Murray River, and then back up into New South Wales for the long trip home. As ever I took plenty of books and games, as we like to mix walks and visiting tourist attractions with lots of relaxed downtime in our various camps.

Here's our route (without the side-trips and outings). It's a total of 2,660km. We stayed at seven different locations, three of them for three nights each. 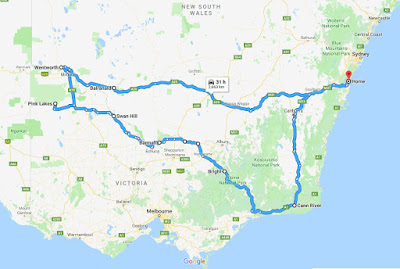 This trip was the full debut of our new camper trailer which gives us tons of storage space (well, not quite tons, but a lot) for camping equipment, thus freeing up the car for useful stuff like games and books. So I was able to be a little more ambitious in what I took, even if I did eventually leave a few things at home.

I'll do two reports on games. The first will cover the one miniatures game I took - HOTT.

I packed four boxes of Epic 40K armies, plus a board and minimal amount of terrain. HOTT is surprisingly portable if you plan what you take carefully. During our first week we had a day so hot that no-one wanted to moved out of the shade, so I played a few games to while away the morning. 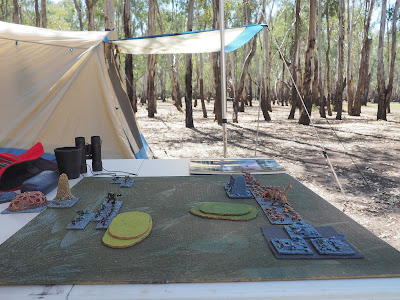 However as a fast, mobile, army, it was they that launched an attack, throwing warband at the Tyranid centre which was mostly hordes supporting a couple of magicians. 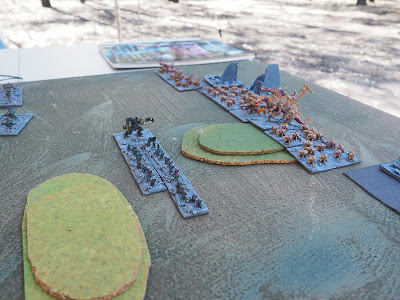 They got there unscathed, after poor PIPs left the Tyranids virtually immobile. 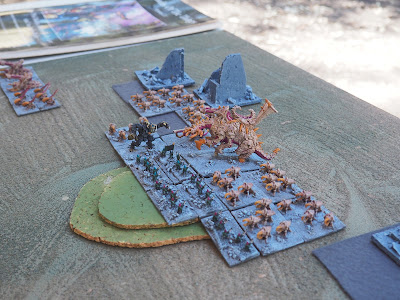 However the attack was thrown back, and the Tyranids exploited an open flank ... 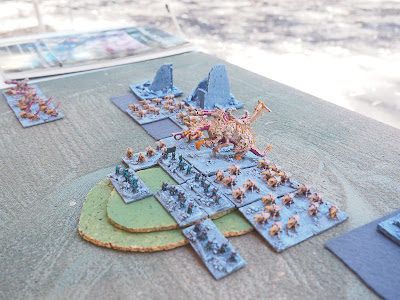 ... to destroy the Dark Eldar commander, and pick up a swift win. 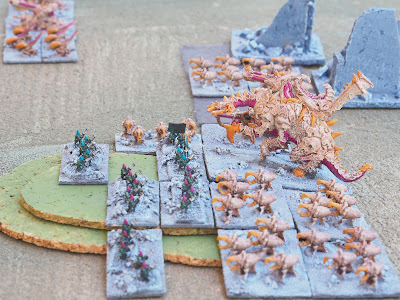 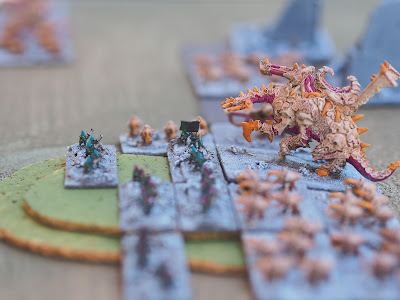 Winner stayed on, so in the second game the Tyranids defended against the Sisters of Battle. This army is a mix of warband, paladins and heroes. 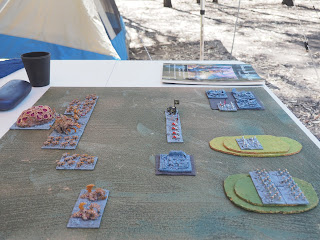 The hero (a Chaplain), paladin and bikes attacked the Tyranid centre. 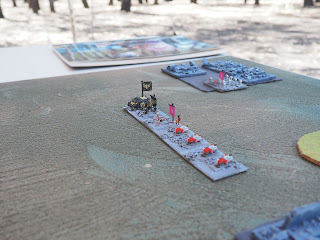 The Tyranids tried a flanking move, and held back the Sisters' own flank supports. 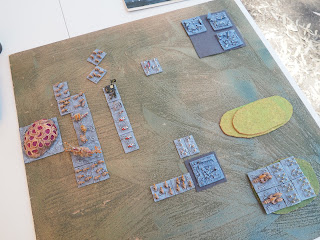 Local militia held out on a hill against attacks by Tyranid Malefactors. 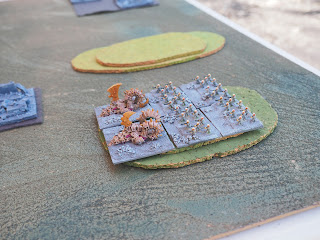 The attack in the centre went badly, with the Chaplain diverted, and the bikes destroyed. The lone Living Saint killed a mighty Hive Tyrant, however ... 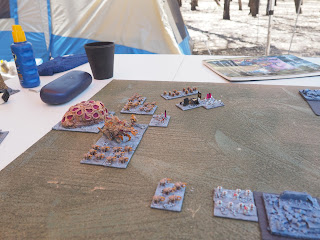 ... and in a foolhardy attack swept through the Tyranid line to take their stronghold and pick up an unexpected victory. 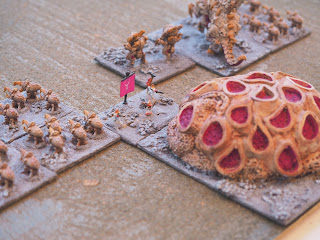 The Sisters of Battle found themselves on the offensive once more in the next game, facing an Ork Kult of Speed. This consisted of massed riders backed up by hordes and warband. 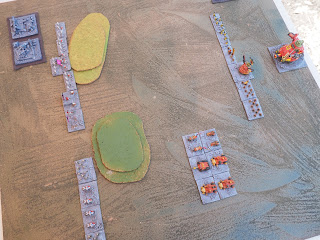 The Orks attacked swiftly, driving back the bikes and militia facing them 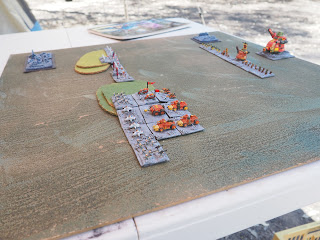 With the Sisters' right flank neutralised, they then turned on their centre. The open battlefield really allowed riders to shine, as they quickly redeployed from one part of the battlefield to another. 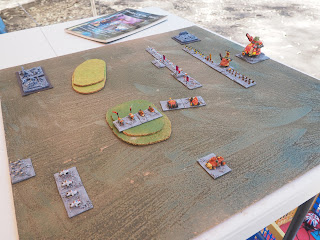 The main lines met, with the Sisters smashing the Ork's right flank, held by a mob of Mad Boyz. 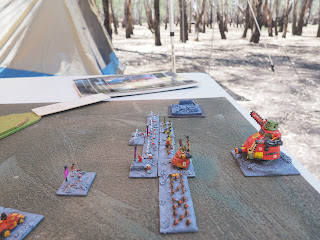 In the centre, though, both Living Saints fell to a mighty Ork war-engine. 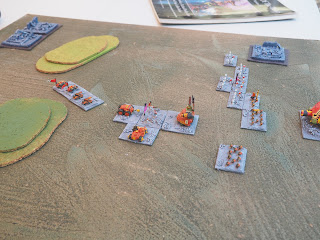 The Sisters exploited their advantage on the Ork right to attack their stronghold, but were thrown back. 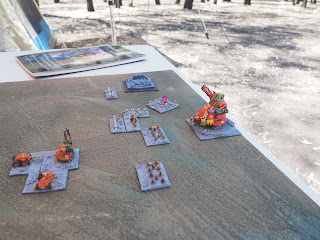 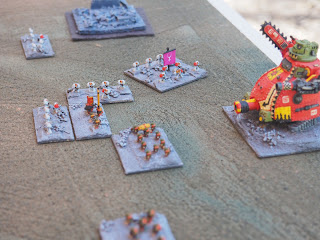 Meanwhile the Ork Warboss found himself under close attack. 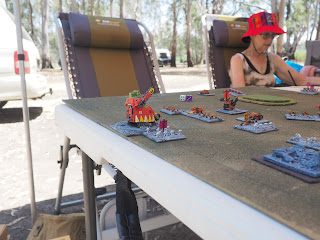 He survived, and with the support of his fast vehicles turned the tables on the Sisters to pick up a win. 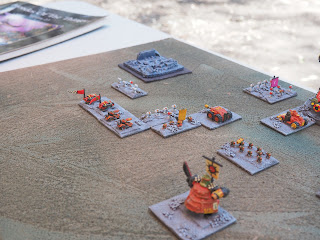 This third game was great fun, and could have gone either way, with both armies getting excellent positional advantages, only to lose critical combats.

Abut a week later, at another campsite, I played a fourth game, with the armies coming full-circle as the Orks fought the Dark Eldar. I didn't get any pictures, but both armies deployed massed riders. the Dark Eldar clinched a victory by supporting theirs closely with warband.

In my next post I'll look at the boardgames we played.
Posted by Kaptain Kobold at 17:53