Catherine has been designing another of her murder mysteries over the past couple of weeks, and tried it out on us yesterday. I don't have any pictures, and obviously won't reveal too many details, since she plans to market it at some stage, but basically we all played pet cats living in a suburban street investigating the death of one of their number. It was as bonkers as it sounds, but great fun and kept everyone engaged and entertained for a few hours. As well as grossed out by the special cat-themed nibbles she'd provided for us.

Anyway, we played a game of Love Letter: Premium Edition afterwards; this is the version which has extra cards to expand it to between five and eight players. The dynamics are different to the basic two- to four-player game (more rounds end in a comparison of cards rather than last man standing), but it's still very entertaining. 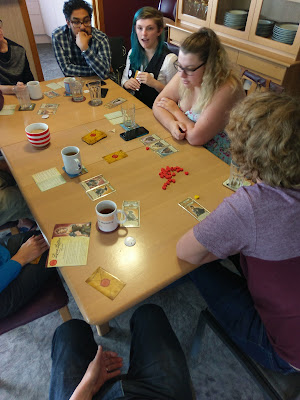 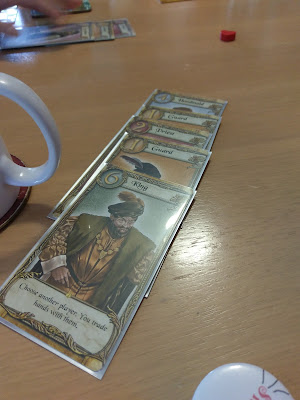 Despite all this entertainment I still found time at home to do the basing on my Arthurian HOTT army, which is now completed and ready for its first game. Here's a quick picture. I'm sure there will be more to follow.