Sunday at MOAB 2017. And I played in my very first DBA competition.

It was a six round competition covering Armies from the Book 3 and Book 4 sections of the lists, so 600AD onwards. In fact I think every army used was from Book 4. Armies of the Crusades and of the Wars of the Roses were popular. I took my Mound Builders.

My head's all over the place at the moment, so I can't remember half of the armies I faced, or the names of most of the people I played. Sorry.

My first game was against Lachlan who was using some version of Italian Condotta. A version that had littoral as its terrain type. Anyway, we spent a few turns rearranging our lines, after he landed some light cavalry from ships. I advanced and got my archers into play before he was quite ready, and killed a couple of elements. 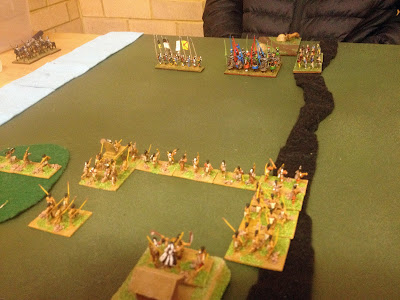 He advanced his army, but did so piecemeal. More archery saw his army break, with no loss to me. 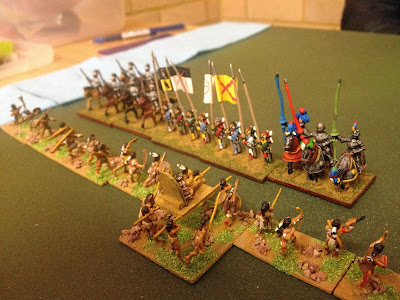 Things were going good, I though. Sit tight and shoot and I'll be sorted.

Then I faced Patrick, with his Wars of the Roses army. A feature of this competition was that you could used any of the variants in your chosen list, in each game. Including allies. So Patrick saw my army, and used the flexibility of his list to maximise the number of blade elements he had; he then dropped most of his archers, chose his own list as an ally, and had more blades.

He then proceeded to chop my army to pieces. 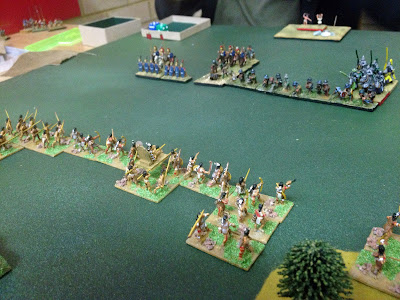 I've lost a game somewhere; obviously I didn't take a picture of one of them, and can't remember who I played or what they used. I think this next one was my fourth game, and I was up against a Burgundian Ordnance army. Where Patrick chopped me to pieces, this gentleman shot me to pieces. His archers were equal to mine, and he had two artillery pieces as well. 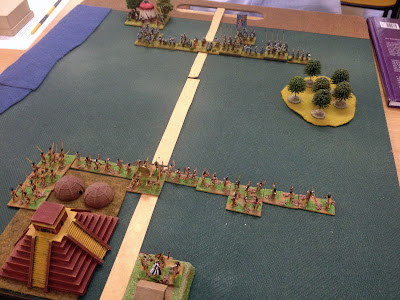 I tried a flank attack through the cover of some woods, and totally messed it up by having my general too far away from it to be effective. 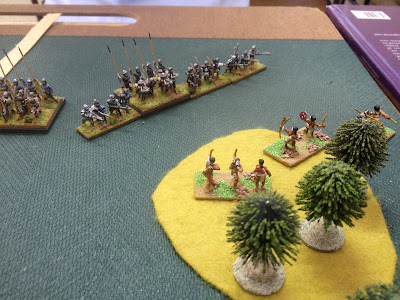 I went into lunch with one win and three losses under my belt. After lunch I faced some Komnenan Byzantines. I felt good about this one, as he seemed to have plenty of horses for me to shoot, and nothing to shoot back with. 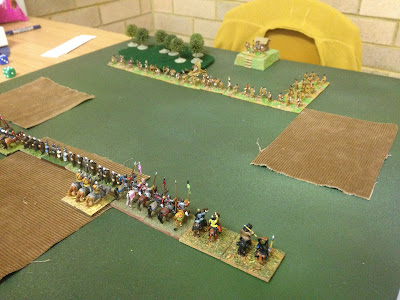 In fact the battlefield was a billiard table, he went straight into the attack, my archery as he came in was ineffective, and his spearmen and other foot cut my archers to pieces in melee. 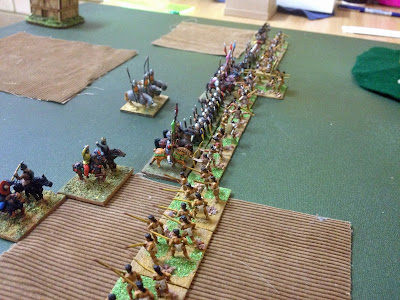 They even became the only player all day to take out my command litter. 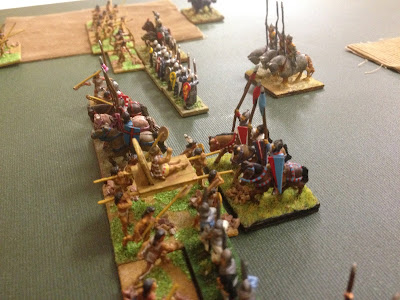 My fifth game was against Robert, who was using a Later Crusader army. I made a better effort at the flank attack through the woods on his flank in this one, but was let down by combat rolls. He then attacked me and, once again, my army was rolled over by heavy foot. 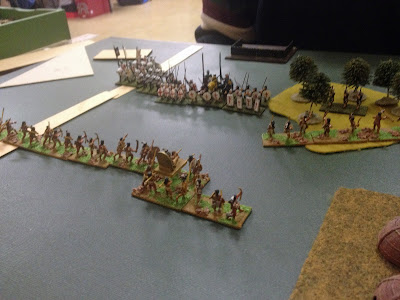 Played five, won one, lost four and I went into my last game battling for that important last place. My opponent was Peter, who was using Early Crusaders. He had a pile of knights and spears. 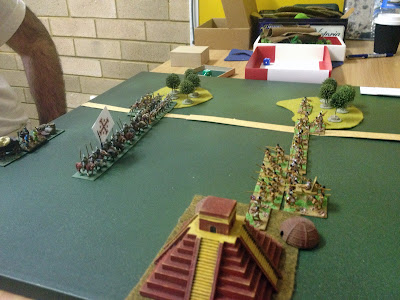 I tried a new tactic in the battle, putting the expendable hordes in front of my main troops, and throwing the whole lot towards his impetuous mounted. The aim was to break up his knights, forcing them to pursue ont the tougher elements behind where they's be overlapped. 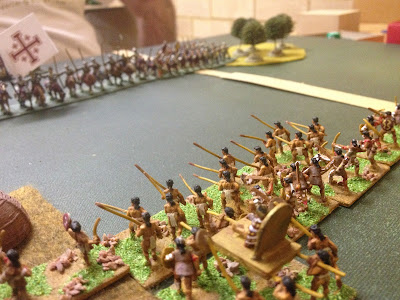 It worked, although I was very lucky. I scored a couple of kills with archery early on, and then sacrificed hordes to suck his knights onto my nobles. Although a dangerous fight - he kills me on a win - I felt I had nothing to lose. A drawn combat saw me destroy his general's element, and give me my second win of the day. 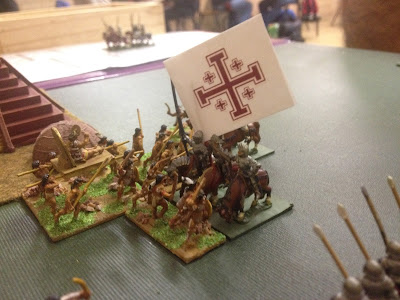 The final scores. The number to the left of the slash is the number of wins the player had, and to the right their element kill differential. Mine was bad because, although hordes don't count towards my losses in game terms, they did count as a lost element for tie-break purposes. Since I lost hordes in every game by design, I lost points each time as well. 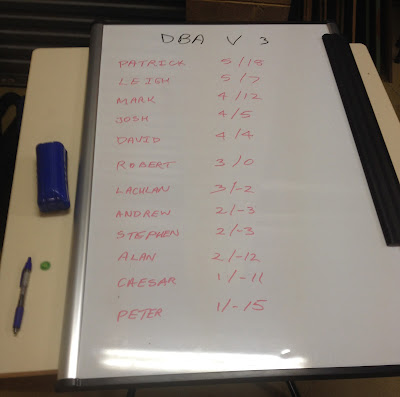 It was an enjoyable event. I'm less familiar with DBA than I am with HOTT, so struggled in some games, and I certainly took a difficult army to use in the environment we were in. You'll notice that all of my opponents were some combination of knights, bows, blades and spears; European medieval armies predominated, and did well. Saying that, someone was using a Siamese army, but I never got to fight that. He and I were pretty much the only players to buck the trend. The fact that you could reconfigure your lists, if it was allowed, meant that certain armies would always be favoured. I kind of missed the variety you get in competitive HOTT armies.