After I played my first game of GEV in about 30 years I ended up reading a bit more about it online, and realised that not only had I never owned a copy of Ogre, but that I'd never played it either. So that weekend I fished around on the 'net and managed to find a copy of the rules, an image of the original map and images to make a full counter sheet. And I made my own copy of the game.

This evening was my first chance to play it.

I ran the basic Mk III Ogre scenario. Here it is. 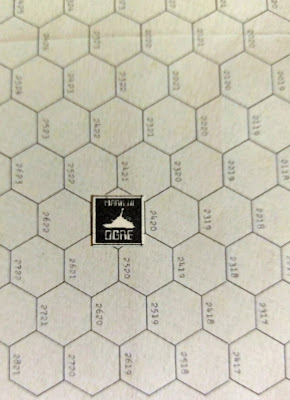 And the defence - 20 points of infantry, plus four GEVs, four heavy thanks and four missile tanks. I deployed the GEVs and most of the heavy tanks as a forward defence in the centre, with the infantry as a second line ready to move in any direction, and the missile tanks as fire support in the rear. 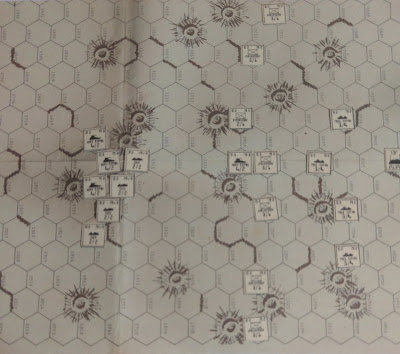 The Ogre advanced and the first wave moved to meet it. I reserved fire with the Ogre's missiles; in retrospect a mistake. 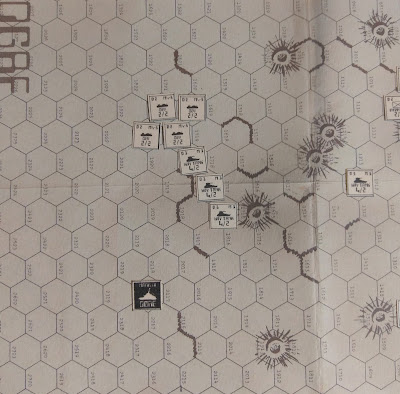 The first attack; the defenders knocked out the Ogre's main battery, and one of the secondary batteries. 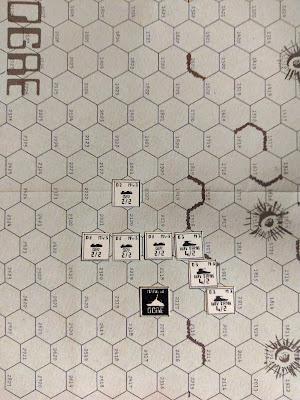 The Ogre fired its missiles, aiming to take out a couple of heavy tanks, but only got one. It was now being dogged by the armour, including GEVs hovering just out of reach, and coming under attack from the infantry. One heavy tank was overrun. 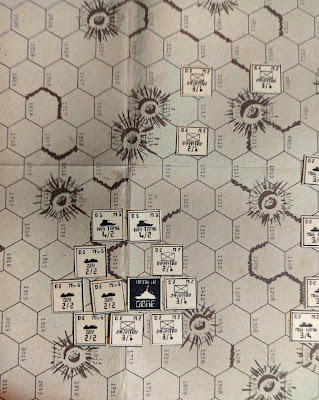 The defenders' attacks quickly eliminated the remaining secondary batteries, leaving the Ogre with no option but to press forward towards the command post and try to use AP batteries of an overrun on it. The defenders started to aim for the tracks. 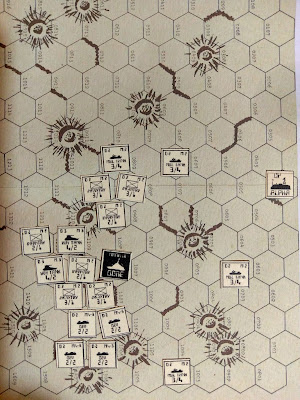 The end - four hexes from the command post the Ogre was immobilised. 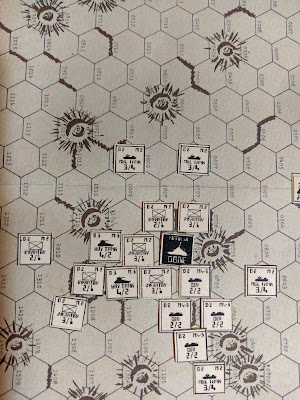 My tactics as the Ogre were probably unsound, and maybe I should have launched some direct attacks on the defenders from the start to whittle them down. As it was I was able to mob the Ogre and keep up a steady fire to remove first its fangs and the its feet.