I was a latecomer to the club's Maurice campaign, and last night was only my third game. But some others were playing their sixth, (maybe seventh) game, and were close to accumulating enough points to clinch a win if they played well in this session. So there was everything to play for as six of us settled down for an evening of 18th century warfare. 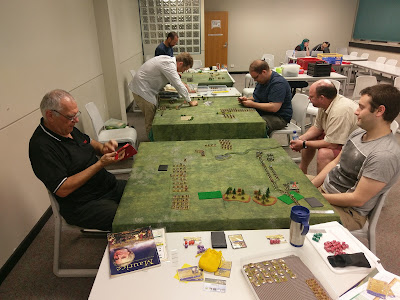 I used my Swedes again, an army design I realise was flawed from the start, with too many elite troops, and not enough regulars, leaving me sadly depleted and outnumbered after the first battle wiped out my quality and left me with no replacement quantity.

For the first time I defended, against Caesar's British. 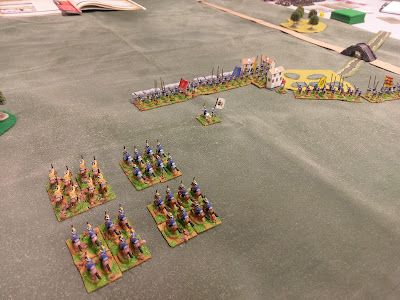 I established a strong position behind a stone wall, whilst my cavalry operated on the left, opposite that of the British 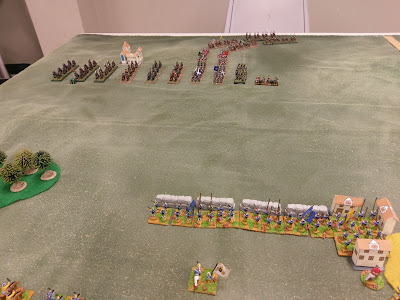 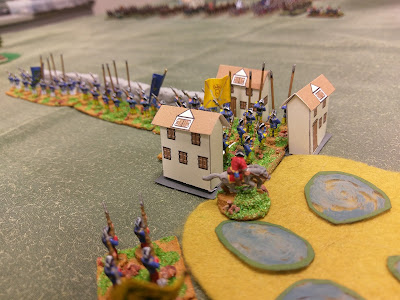 Basically the battle was a tight little cavalry action on my left flank, with Caesar's irregular light horse ... 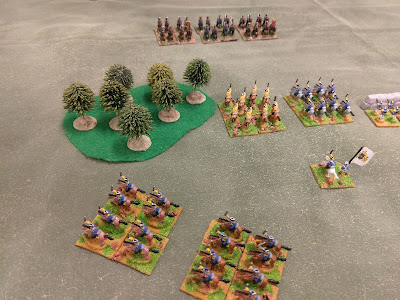 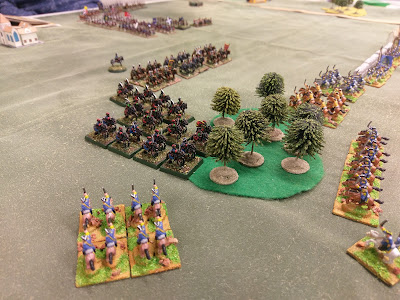 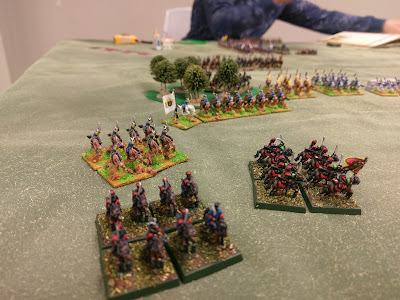 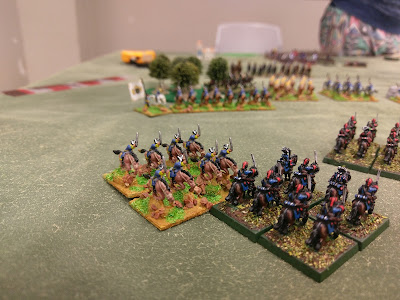 ... before being attacked in turn. 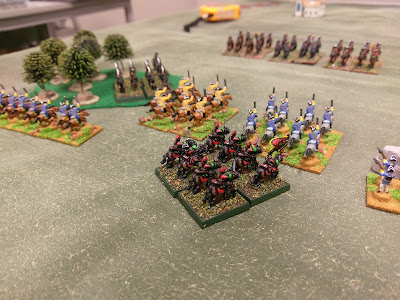 There was lots of charging and counter-charging, and we both depleted our hands a couple of times during the wild melees. 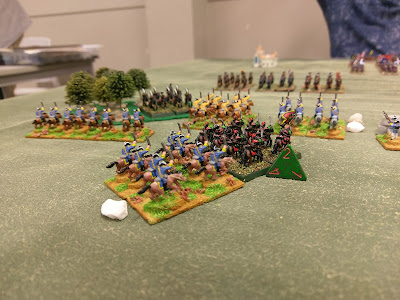 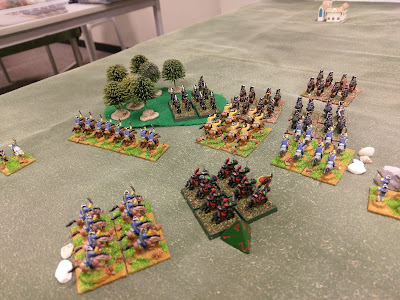 The British gained the upper hand, and marched their infantry into position to exploit the possible opening on the flank. 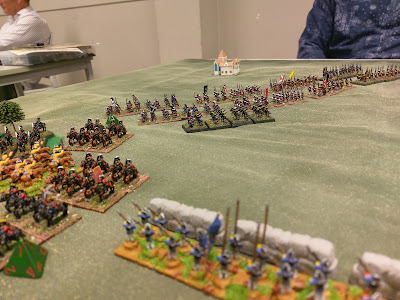 But when the last Swedish cavalry unit broke, the army broke with it. The infantry never engaged, and only one Swedish stand even fired a shot. 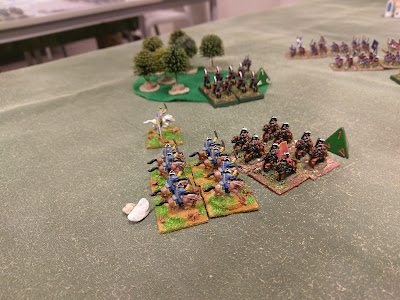 The British infantry looked magnificent, but never even dropped out of column. 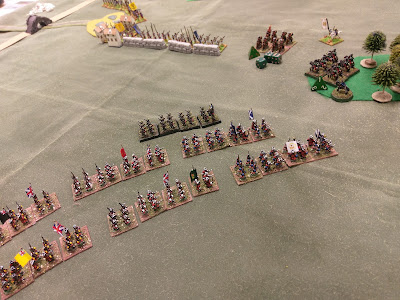 So that was a win for the British, and a third straight loss for the Swedes.

On the other tables, John P's Prussians faced Peter's Austrians ... 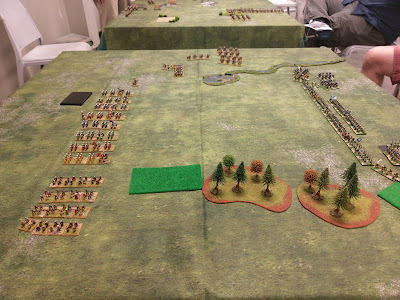 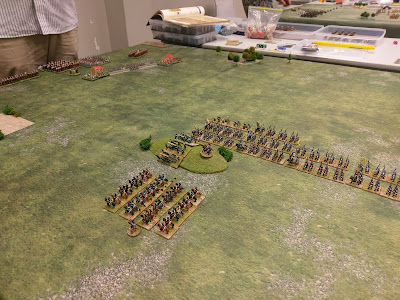 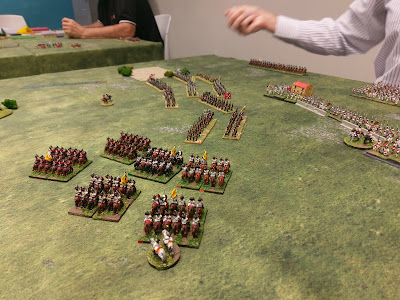 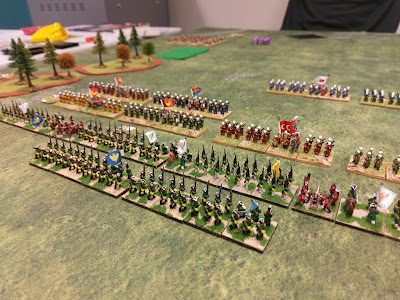 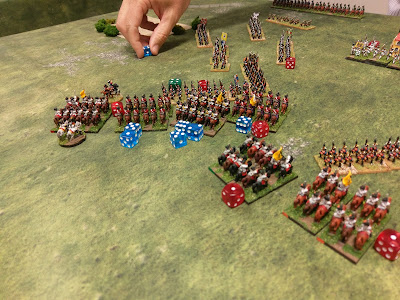 And the Russians held stoically against an Ottoman attack, eventually breaking it. 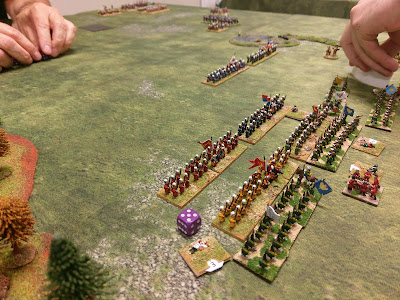 Peter's win as the Austrians basically gave him a campaign win (he was a couple of points short, but really only had to just turn up for the next game, so we gave him the win anyway). Everyone was pleased with how the campaign had played out over the past few months. Even I had a great time, despite my shocking defeats. When we start a new campaign I'll be looking at starting with fewer elite units, so I can have more troops overall. And I might invest in some irregular cavalry as well; a few allied Cossacks wouldn't go amiss I reckon.