When I started my 6x6 Challenge I included 'Neil Thomas Pike & Shot' as an entry. And by this I meant the rules from his 'Wargaming: An Introduction', which I'd tried once last year and found intriguing. As it was I couldn't rouse myself to play them again, and in fact expanded the remit of the entry to include my massively modified version of his One Hour Pike and Shot rules.

However the other day I read through the rules again and, fired up by our game of Baroque the other day, decided to give them another go.

Once more I put my ECW paper armies on the table. I based them on the lists in his book, but created a table of random modifications to make the game a little more interesting.

Parliament started with four units of average pike & shot, plus one elite unit, as well as three units of levy reiters. Their modifier was that they lost a unit of reiters, replaced with a piece of artillery, and that their elite unit could ignore its first morale test.

The terrain was randomly generated, and left the Royalists behind a river, and Parliament flanked by a wood. Defending the river was a possibility for the Royalists, but with Parliament having superior firepower it didn't seem a safe option. 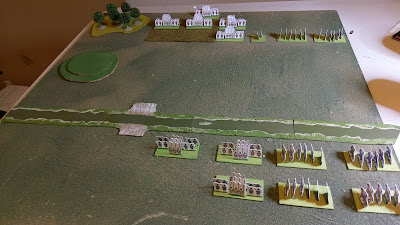 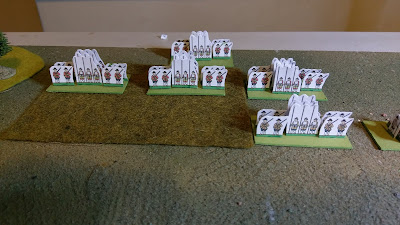 The Royalists stacked their army to their right, ignoring the flank with the wood. 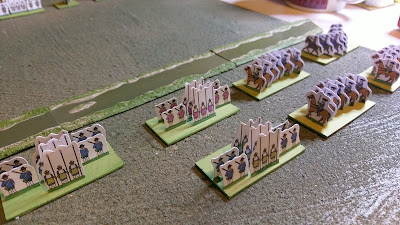 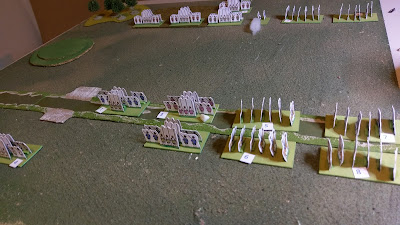 The horse of both sides engaged, with the Parliamentarian foot firing their pistols. 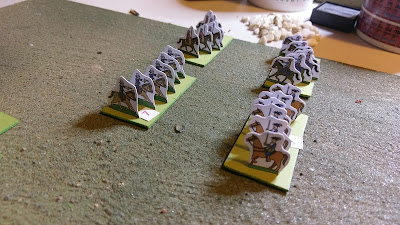 The Royalist infantry came under fire as they advanced. With a better ratio of pike, they would be foolish to get into a shooting match, and were closing for melee instead. 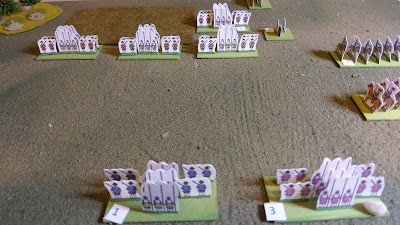 The battle gets going in earnest, as Parliament keeps shooting and the Royalist horse charges. 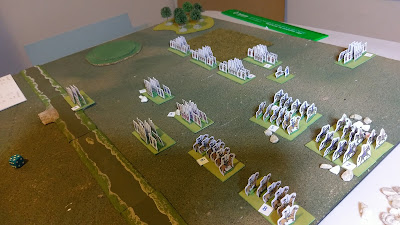 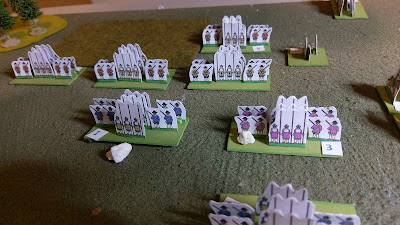 The Parliamentarian horse broke quickly, and the Royalists pursued. But Parliament had allowed for this, stationing some foot in support of the horse. The Royalist cavaliers headed straight for them. 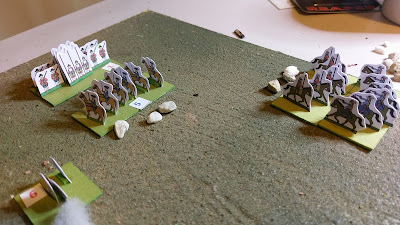 In the centre the Royalists got stuck in, but couldn't bring their melee superiority to bear. 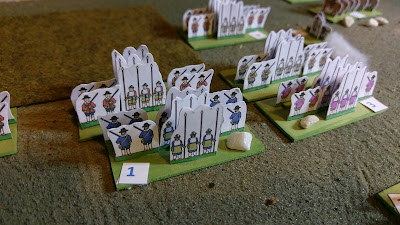 The Royalist horse exploited their advantage, destroying Parliament's gun. The second unit of reiters routed as well. Parliament had lost three units and the Royalists none. 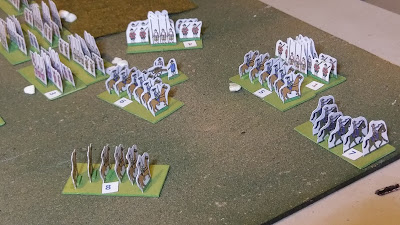 The melee in the centre grew more intense, with Parliament's one elite foot unit holding firm, and the other units fighting well too.

The turning point; in one turn, four Royalist units broke, as their infantry lost the fight in the centre, and their horse failed to make an impression on the foot on the flank. 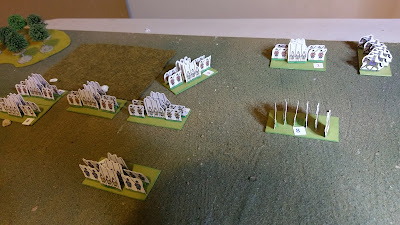 A front and flank assault on a Parliamentarian pike and shot unit. A desperate struggle saw it hold, although it couldn't break the attacking horse. 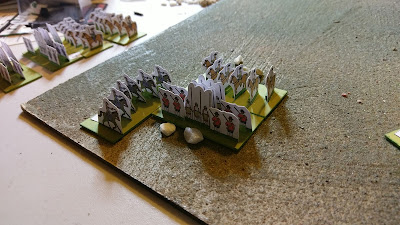 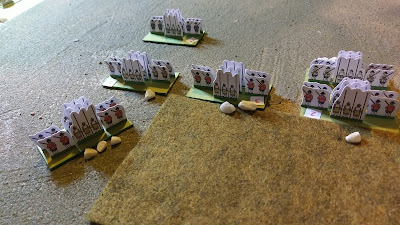 They pressed the attack, though; a lucky break could still have swung the battle their way. 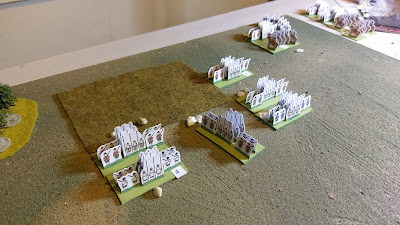 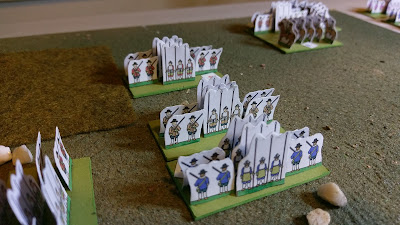 ... and a supporting flank attack gave Parliament the win. 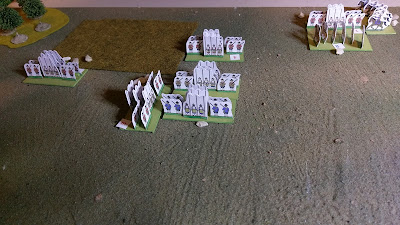 The Royalists do seem up against it in this matchup. They have an edge in morale, which helps, and are certainly superior in horse, but our heavily outgunned, which put them at a disadvantage in the inevitable firefight at the start. Their edge in melee - more pike in their units - really doesn't count against other foot, owing to the way combat factors are calculated. So long as the Parliamentarian units have at least one pike stand in them, all of the foot stands fight with one dice, making the pike and the shot the same. Since the Royalists took casualties on the approach, they were actually disadvantaged even in melee. Add to this that Parliament has better army, on average, and there was obviously little the Royalists could do. They horse, was, of course, outstanding, but the pursuit rule makes them difficult to use effectively.

In a future game I would consider downgrading some of the Parliamentarian foot in order to make them more vulnerable.

But, there; at least I said 'future game'. I really want to like these rules; I think they have some interesting ideas. But a few things don't sit quite right, and I need to play some more before deciding what to do with them.