When I went away to Brisbane last week, I was travelling very light, so I threw a couple of paperbacks and some microgames in my bag. One of them was this copy of GEV, from way back in 1978 and unplayed for a good 30 years. I never got to play it whilst I was away, but it's been raining all day and I couldn't be bothered leaving the office at lunchtime and I remembered it was still in my bag. I downloaded a dice app onto my phone ... 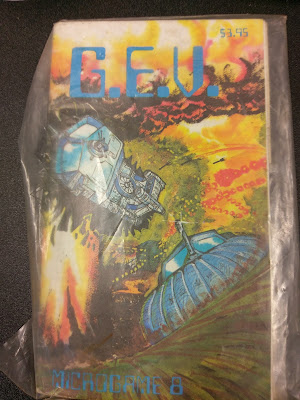 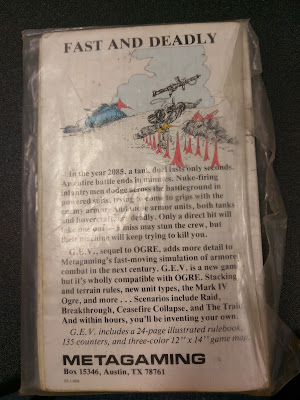 I set up Scenario 1 - Breakthrough. The Combine (Blue) have to get as many of their 12 GEVs off the opposite edge of the map as they can. The Paneuropeans (White) have to stop them. Aside from 20 points of infantry, I selected 2 howitzers and 4 light tanks for the Paneuropeans. 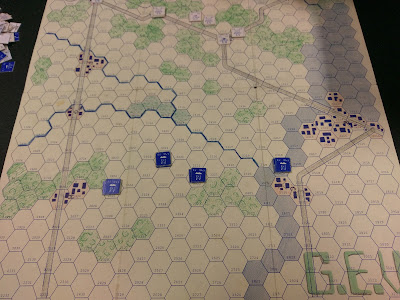 I had an hour in which to sort out the counters, brush up on the rules, set up the scenario and play. Limited time meant I opted for a simple approach of running straight at the enemy. The howitzers are quite dangerous and can't be ignored, since they can pretty much pick off a GEV each turn. I mobbed this one, destroying it. 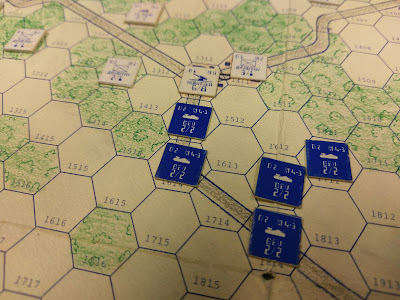 The other one survived the attacks against it, but was disrupted, allowing me to slip past it. 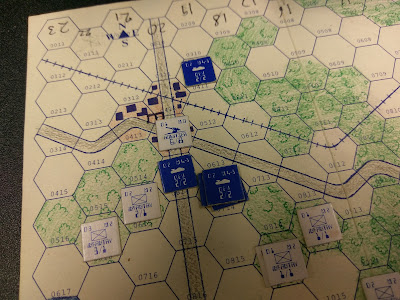 Four GEVs escaped past it. 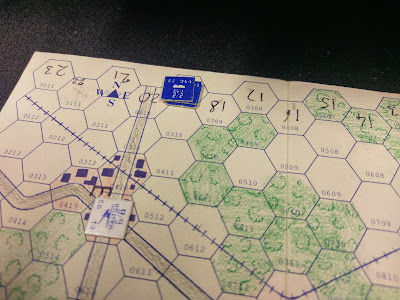 On the other flank with the howitzer gone the attackers could move with impunity, but the Paneuropean light tanks were able to block them. 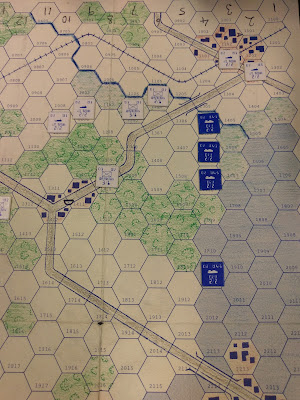 The Combine GEVs were picked off one after the other as they tried to slip past the defences. 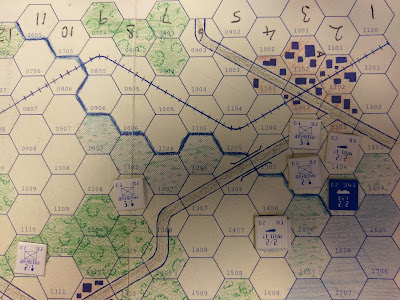 The game ended in a very marginal Paneuropean victory (48-46), with them having destroyed 8 GEVs for the loss of the howitzer and a point of infantry.

It was fun and quick to play, and I'm sure my tactics were terrible, but I was trying to relearn the game as I went along. It was a pleasant way to while away a lunchbreak.
Posted by Kaptain Kobold at 03:00