A club night falling on June 6th seemed too good an opportunity to miss - last night was D-Day Night!

Geoff and I played Memoir '44, and did two runs of the Sword beach scenario. In the first Geoff played the German defenders. 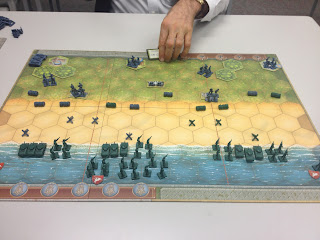 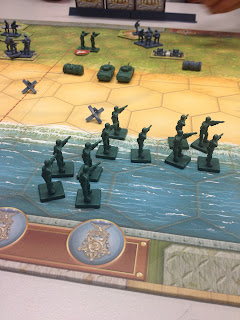 Unfortunately I was let down by my naval bombardment, and Geoff put up a sterling defence. This was my only breakthrough of the game, pushing through on my right flank to take a town and destroy the infantry unit in it for 2 Medals. Geoff picked up the 5 Medals he needed to win fairly easily. 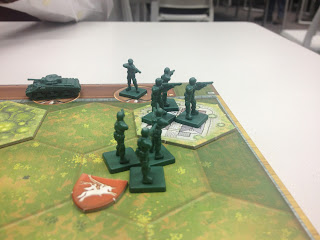 We swapped sides, and Geoff prepared to assault the beach. Here's the setup again, and my initial hand. 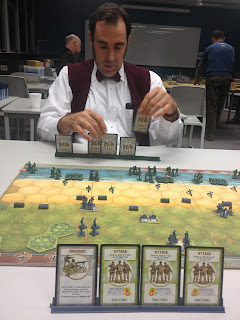 The Germans won again, but I conceded 3 Medals to the British attackers, so Geoff won 8-7 on aggregate.

Meanwhile on the other table Bryan hosted a great big Flames of War D-Day game, loosely based on Omaha Beach and inspired by the opening sequence of 'Saving Private Ryan'. Ralph attacked, whilst Caesar, in his first FoW game, defended.

Here's a view of the table from the sea. 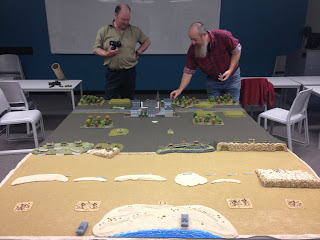 An objective. What do you think the chances are of the US troops reaching it? 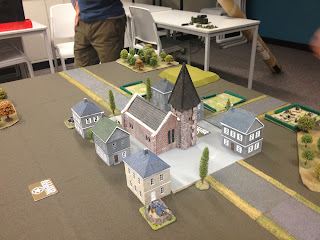 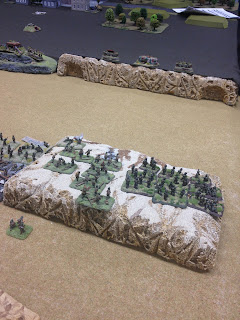 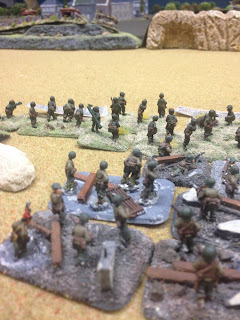 The RAF put in an appearence. 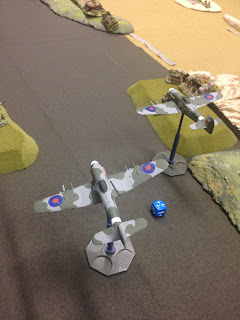 But the objective is still a long way off. 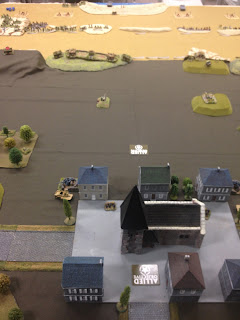 Rangers reach the foot of a cliff. 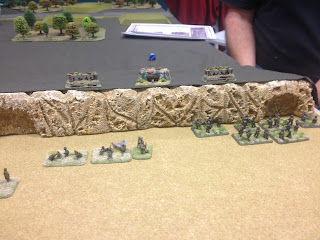 The rest of the assault is stalled though. The Rangers climbed the cliff and assaulted the defenders at the top, with some success, but Ralph felt that he hadn't really got enough of a foothold to exploit the situation, and conceded the game at that point. 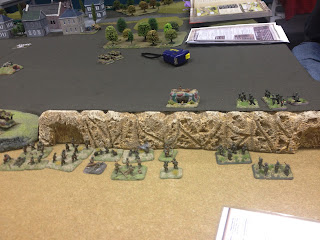 It was a great looking game and played well by all accounts.