The Glory That Was Rome

Our scheduled game of Black Powder was cancelled last night, so we resorted to our default mode - HOTT. Geoff and John tried out a scenario John was working on, whilst Caesar and I gave my 6mm ancient armies a spin.

We started off with the aptly named Caesar commanding Early Imperial Romans against some Arabs. In this picture he seems to be telling Geoff and John how he will "Slaughter those wascally Awabs and dwive them fwom the face of the earth.". 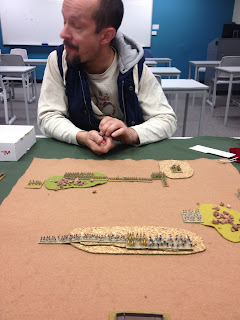 The Arabs swept round his flank with camels and cavalry. 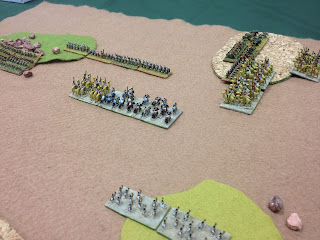 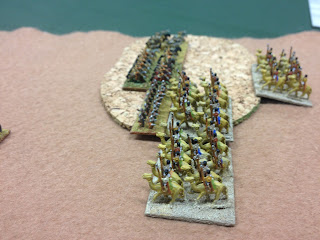 The Roman cavalry put up a reasonable resistance. 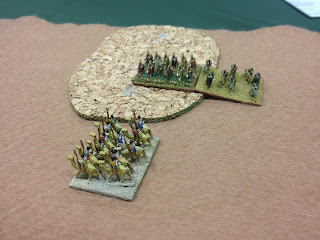 But the legions fought woefully, and were slowly whittled down. 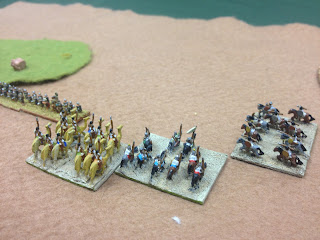 Finally Caesar himself was cut down at the head of his troops, ending up, stuffed, as a rather small foot-stool for the Arab chieftain. 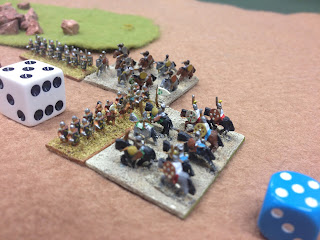 John and Geoff were using 15mm figures on 60mm frontages to try a scenario involving an army of the Undead attacking a defended village in order to raise the bodies of some long-dead heroes. 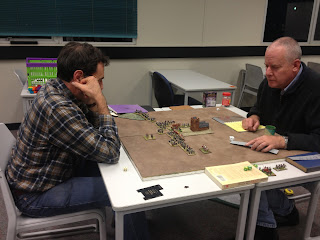 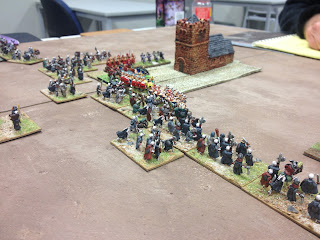 I think there were balance issues, but it was a useful exercise. I didn't get any more pictures though.

In our next game, Caesar took the Arabs and played the Romans. This time the Romans were defending, as the Arabs pressed their advantage. Caesar went for massed camels as his main attack - because it's rude not to. 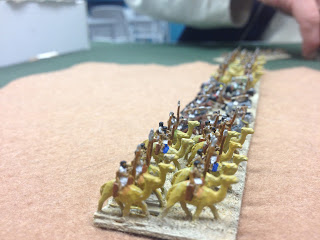 He charged my right, whilst I sent my Auxilia forward to attack his centre before it emerged from between some areas of bad going. 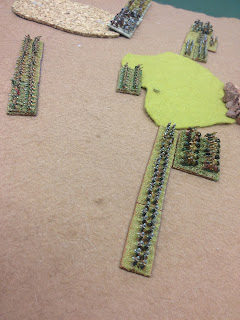 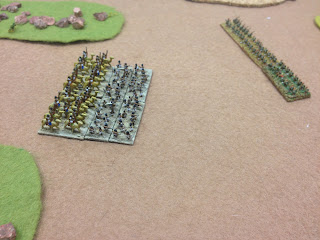 There was lots of fighting, as you'd expect. 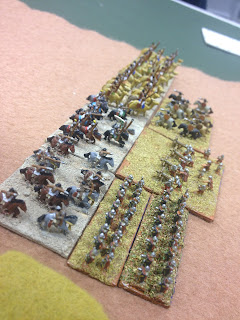 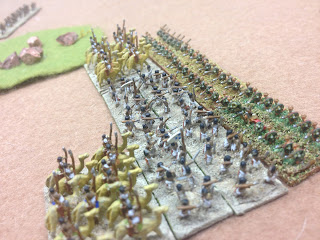 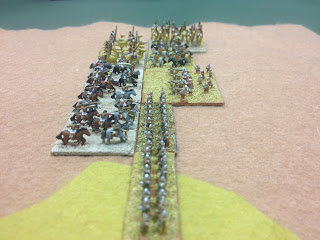 The game ended undocumented by the photo-journalist, as Caesar attacked the Roman camp. He failed to take it, but losses to the Roman auxiliaries broke their army, leaving the Legionarii to attempt to retire in good order.

The final game - just one picture. Caesar took Scots-Irish against the hapless Romans, who defended again. The Roman Auxilia put up a good fight in the cultivated land in the centre, but the rest of the army folded before a wild Irish charge. 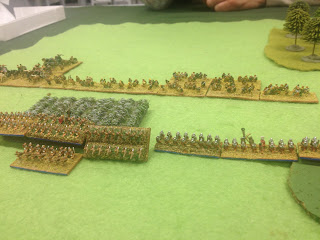 I'm still wondering how to run the Irish chariots in HOTT. I've been using them as Knights, reasoning that they carry fierce, well-armed nobles who dismount and fight with a similar effect to Warband. However in DBA they'd be closer to Riders. Neither classification feels quite right - as Knights they have too much punch against enemy mounted, and as Riders too much speed and manuever. One possibility I considered, on the drive home, was to run them as Warband, with the deep bases giving them a different character to the ordinary rank-and-file Warband. This would reflect them being wild foot warriors, but the depth of the base would give them a longer recoil and pursuit distance. I might try them out and see how it goes.

Anyway, you can see that the Romans lost all three battles. Hooray for the barbarians!
Posted by Kaptain Kobold at 08:55