I squeezed in a quick game of HOTT before work the other day (and have then taken three days to get around to writing it up).

I got out my Hawaiian matched pair, which I realise that I really need to write up as an army showcase, if only to explain what the various elements are. On the right the Hawaiians defended, whilst on the left are the attackers under the evil Sorceress of Lanai. 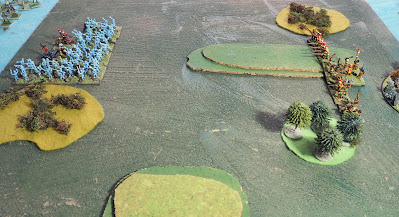 The defenders - a mix of spears and warband with a hero general. 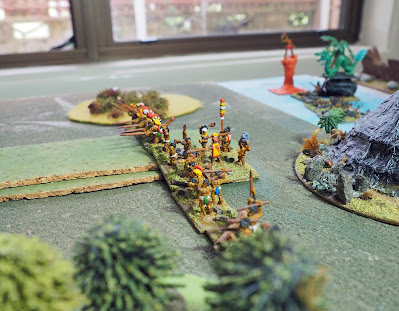 The attackers. The Sorceress of Lanai is a magician general, she has a hero in support and a mass of ghostly hordes. 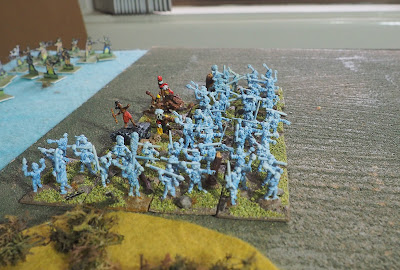 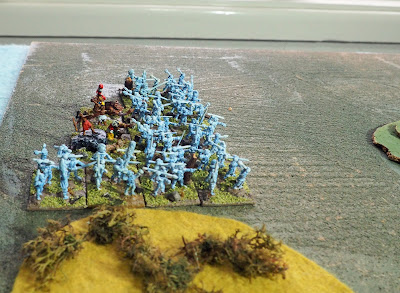 As you can see, both armies are quite small. That's because they have a load of 'off-table' elements.

The sorceress of Lanai has two lurkers (some evil forest priests and a were-shark, whilst the Hawaiians have a dragon and some lurkers of their own. Both armies also feature a god - Poliahu for the Sorceress and Pele for the Hawaiians. 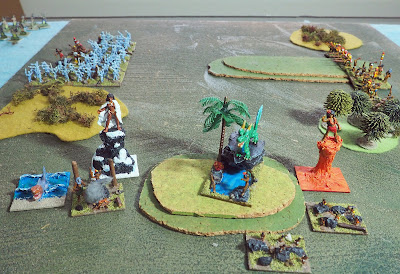 As the Hawaiians advanced, one wing of their army advanced through a grove of trees, incurring the wrath of the priests that lurked there. The warriors was them off with little difficulty. 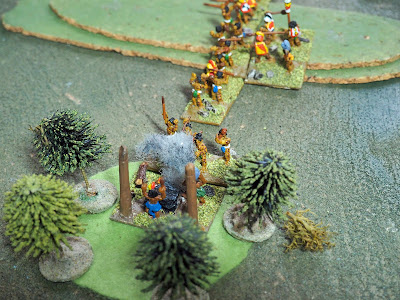 Both armies angled towards each other to get the best matchups and overlaps. The Sorceress of Lania used her superior numbers to extend her line.

She also used her magic, and that was the end of the game - she ensorcelled the opposing hero general, winning the battle. 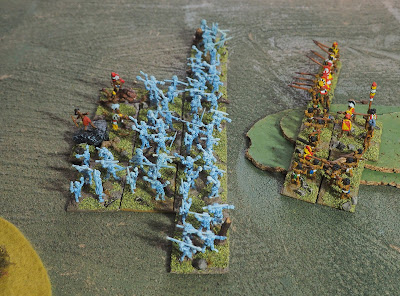 I carried on the game, because I didn't have time to setup up a new one and start again. The two armies met in combat. At this stage neither army had managed to roll a the 6 required to bring on a god or dragon. 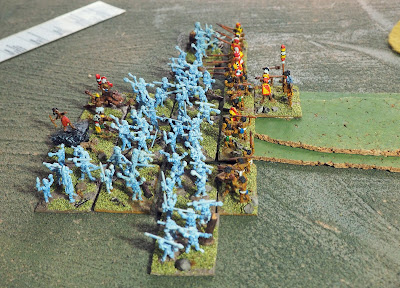 The Hawaiian warbands made short work of the hordes before them, but there were still plenty of hordes in reserve. 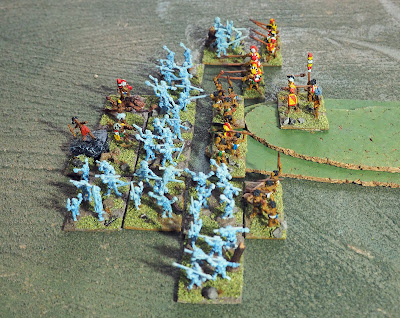 The Hawaiians broke through the ghostly ranks, but encountered the much stronger magician and hero beyond, suffering losses to them. 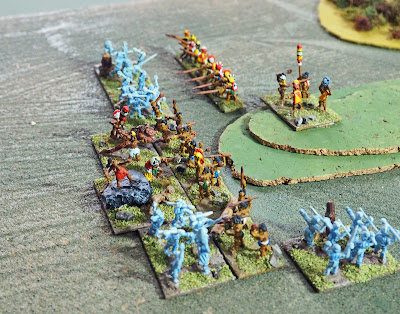 And the Sorceress could bring her losses back. The Hawaiians couldn't. 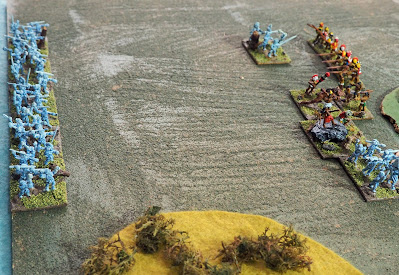 The Sorceress tried some more magic, but didn't succeed this time. 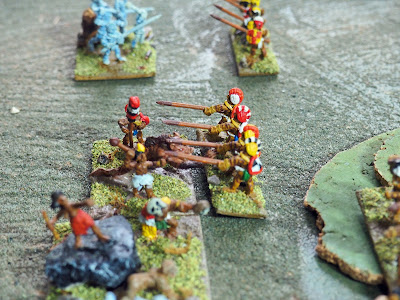 The two generals confronted each other. 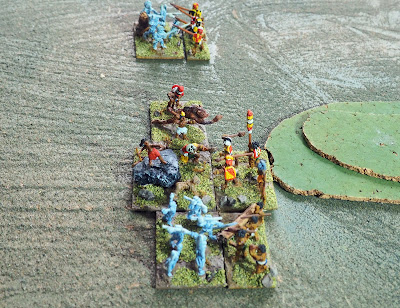 And the warband drove off the last active Lanai horde, to give the necessary overlap to allow the Hawaiian general to win the fight. The Hawaiians won the extended game 7g-6, having already lost the battle 0-4g 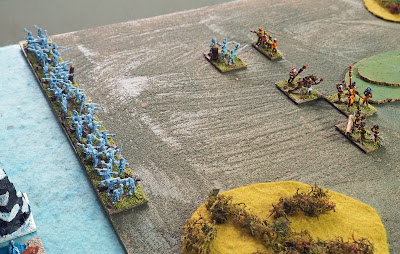 Neither side got to bring on gods of dragons - sixes were in short supply.
Posted by Kaptain Kobold at 12:42