The Power of One

I had another go at the Power of One scenario for Palaeo Diet the other day. This is a tricky one, with a few beasts on the table and a single hunter, plus dog, attempting to achieve a fairly high target of kills in a limited time.

This is what is available to the hunter - two giant grazers and four horses. This game was the first outing for my newly painted woolly rhinos. 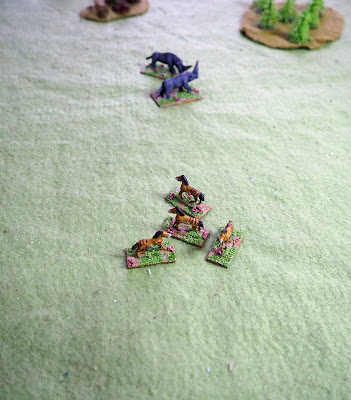 And our hero - a single spear-armed hunter with his faithful hound. 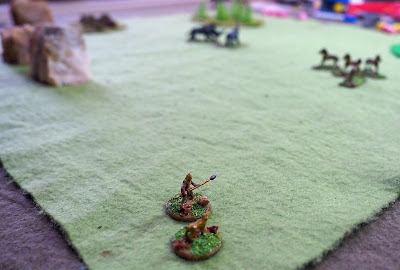 The target is 5 bulk - the rhinos are worth 4 each and the horses 2, so the choice is really three of the four horses, a couple of rhinos or one of each.

I went for the final option. Since the horses are more prone to being spooked and running off the table they seemed to be the obvious first target. The hunter moved around one side of the herd, whilst his hound went the other way. 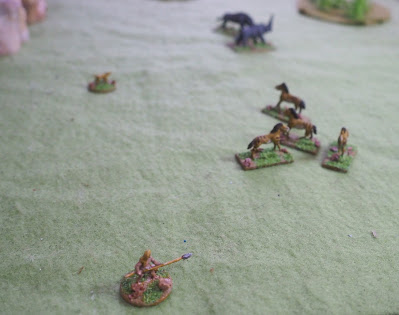 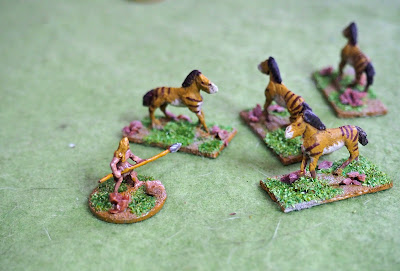 ... and the horses scattered. 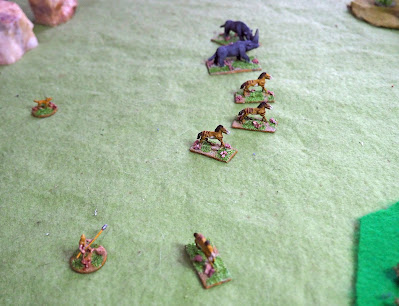 The hound closed up on three of them - hounds can attack things there was always the chance of being able to move in and injure a horse. Meanwhile the hunter went after an isolated horse as it headed towards some broken ground. 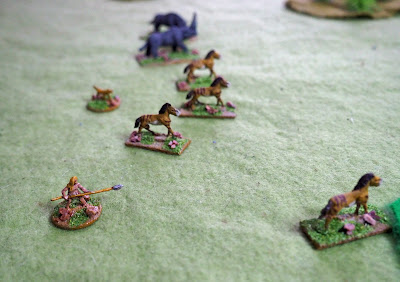 The hound snapped at the heels of a couple of horses. 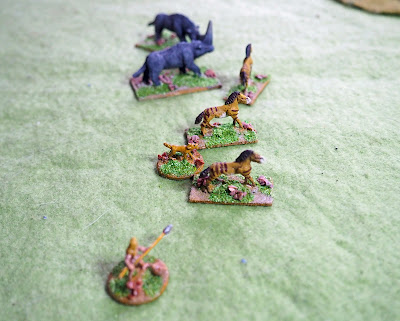 Meanwhile the hunter wounded one of them, causing the herd to stampeded and bringing the animals back together. 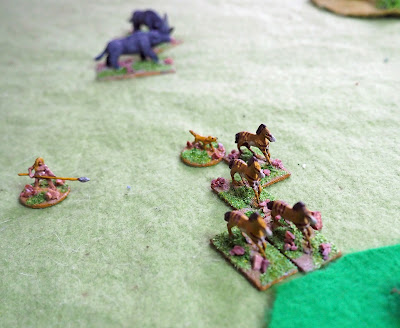 A second throw brought down the injured horse. The rest of the herd fled into the broken ground. 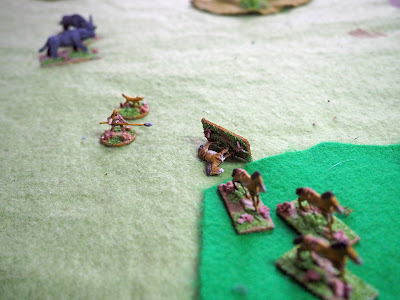 I was now halfway through the allotted time, and turned my attentions to the rhinos. The hound was sent to make them nervous, and one moved away from the other. This would prevent them both reacting to a hunter. 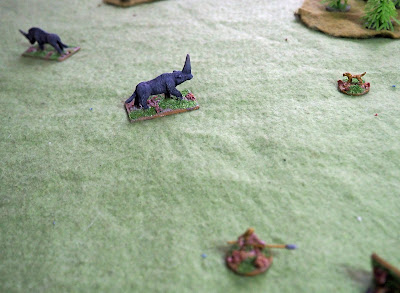 The hunter attacked, and the rhino responded by charging him. However the hunter evaded the attack. 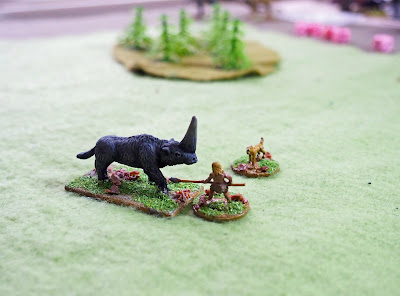 Both the hound and the hunter attacked now, and wounded the rhino, who roared in pain causing the hunter to back off. 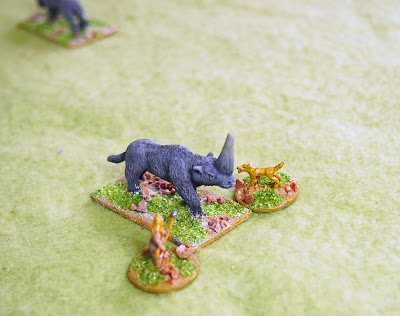 The hound kept up the attack, and the rhino either failed to drive it off with intimidation, or missed with its attacks. 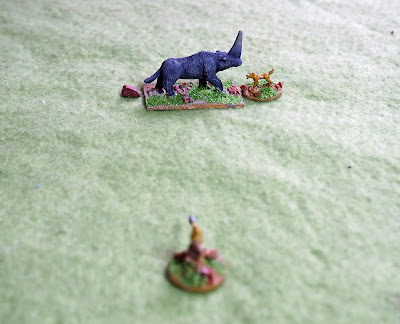 Frustrated, and wounded again, it ran away, and the hound and hunter pursued. 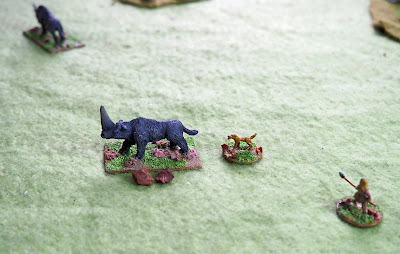 Persistence paid off - as the rhino fled the hunter got in two good spear throws, and brought the animal down with a turn to spare. 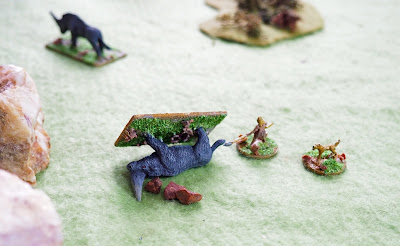 This was the first time I've successfully completed this scenario, so it was a particularly satisfying game. Here's the hunter and his hound, and their kills. 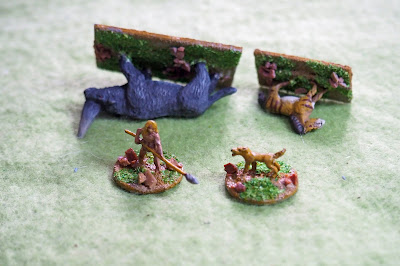