New Beasts And Another Hunt

I actually managed to build up enough enthusiasm to do some painting the other day, and did a few more beasts for 'Palaeo Diet'. All of these are figures I bought from MY Miniatures last year - I still have others to do. They're 15mm, naturally.

Sabre-tooth cats. These will work nicely as Pack Predators but are big enough to become Apex Predators if the game requires. 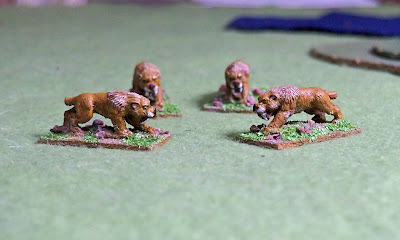 These Elasmotherium are a nice Giant Grazer alternative to mammoths. 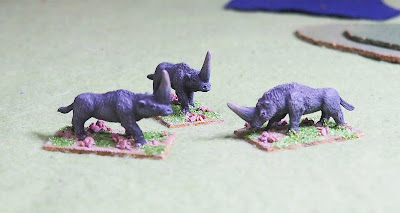 Finally I got some horses to act as Herd Grazers. They're disappointing casts to be honest; I think the molds are on the way out. The legs on a few were badly cast and seem brittle. But they painted up OK and look the part. In the catalogue they are listed as zebras, which have that proper wild horse look. 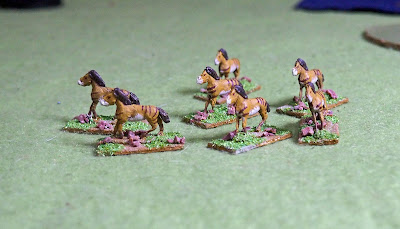 I set up a game using some of the new figures. Once again I sent out for hunters, Axe, Spear, Bow and Fire, and this time they were stalking a herd of seven horses, looking to bring down at least two of them. 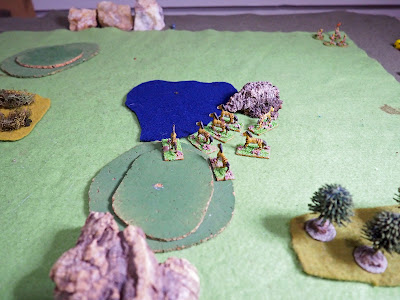 A predator lurked in one of the corners. The terrain meant that there was a hill between the predator and the horses, so if the hunters could do their work efficiently and out of sight  the cat would not approach them. 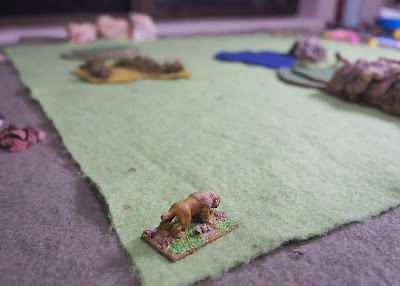 The horses were in a hollow by a watering hole. The terrain and all the placement of beasts and hunters was randomised, so it was good fortune that the hunters had the herd trapped in a relatively confined space.

Fire was sent on a wide sweep to prevent the horses crossing the hill to the other side of the watering hole, and also to deter the sabre-tooth. In addition he would, once the other hunters were in position, startle the herd and drive them towards an ambush set up by Spear and Axe near the woods. Bow lurked on the flank ready to use his archery to keep the horses from breaking away through the gap between the woods and the rock outcrop. 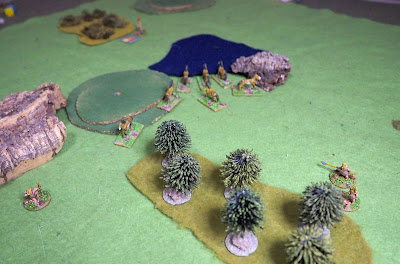 One horse had got nervous and had broken away from the herd. Meanwhile Fire tried to start a fire, but it wouldn't spread; obviously the grass was too wet. 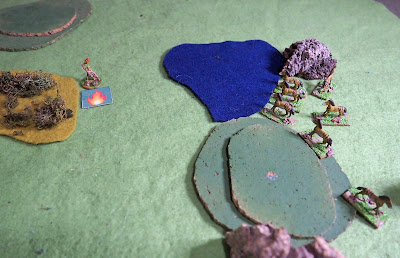 In the end Fire simply shouted and moved close enough to the horses that they could smell the smoke from his burning branch. A few of them ran for it, and one was ambushed by Spear and wounded. 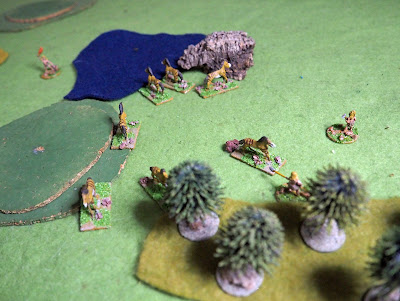 This set of a general panic in the herd, and they stampeded towards the smaller rock outcrop. Axe ran alongside them ... 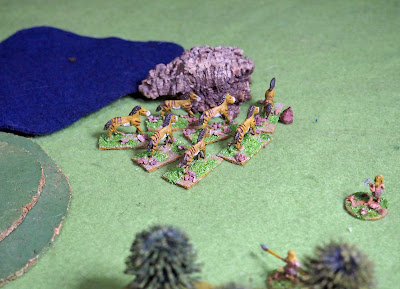 ... and brought down the wounded leader. 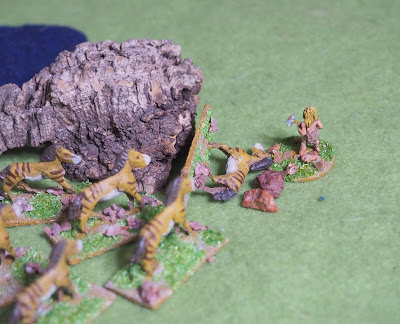 This caused the survivors to stampeded in the opposite direction, towards Bow, who wounded another. 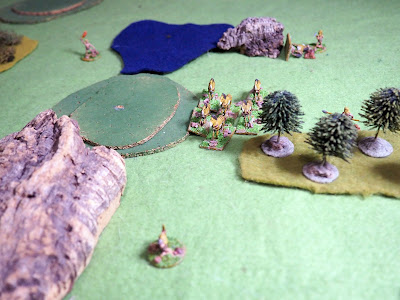 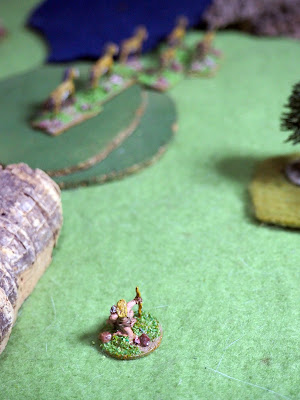 The herd was well and truly trapped between the hunters now. However the one wounded by Bow was in the centre of the herd and would be hard to finish off. 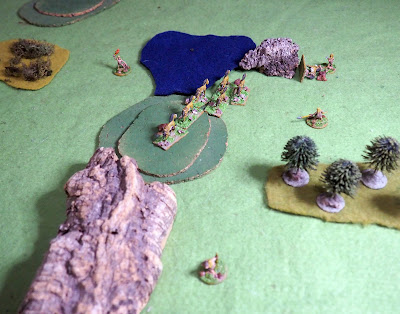 As the hunters closed in they caused the herd to break up, and one horse crested the hill to come into Fire's part of board, and also within sight of the sabre-tooth. 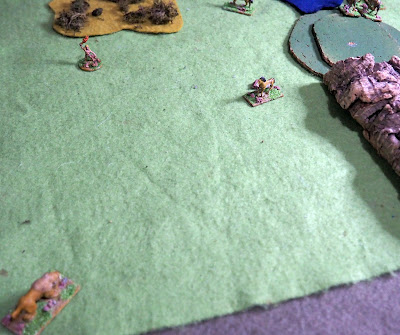 Fire moved quickly to place himself between the horse and the predator. Meanwhile the other hunters chased after the horse. Bow wounded it with an arrow, before Spear sprinted over and finished it off.

The hunters had the meat they needed, but just needed to be sure that the sabre-tooth was kept away. 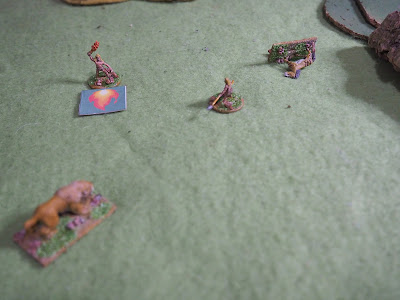 Spear advanced on it, and caused it to react. Started by the nearby Fire, the sabre-tooth fled, leaving two tasty horse carcasses for the hunters to divide up. 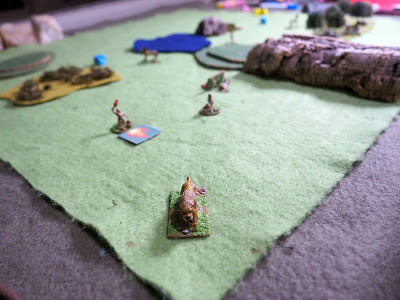 I felt sorry for the sabre-tooth not getting an outing, so might give one a starring role in the next game.