Geoff and I played a 72AP game of HOTT last night, using his Middle Earth armies. He ran a combined Gondor/Rohan army, whilst I had the forces of Mordor. Here's the game set up and ready to go. We both massed our foot on the flank nearest the camera, with the centre and the other flank being primarily made up of mounted. 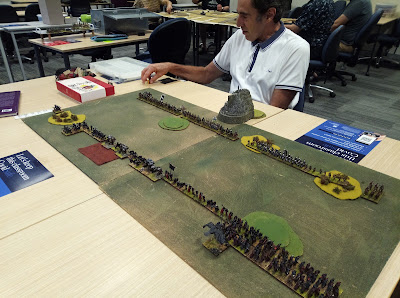 My foot were led by the Lord of the Nazgul, on his winged beast. 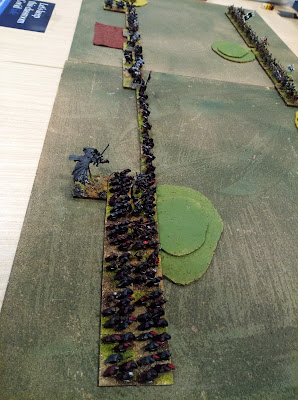 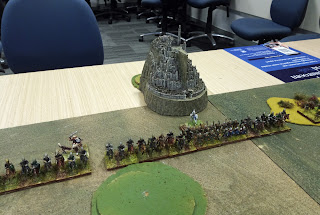 On my left flank my wolf-riders were faced by the massed knights of the Riders of Rohan. This was not going to be an easy fight for me. 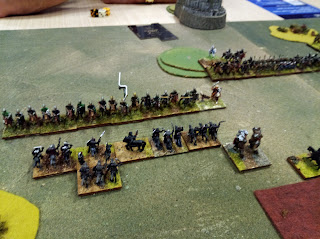 In they went; on the far right the Nazgul in command of my centre moved in to fight Eomer. 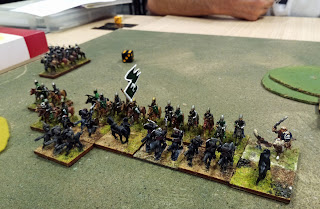 The wolves were pushed back, whilst Eomer and the Nazgul both died (one of those rare Hero vs Hero getting a draw situations). 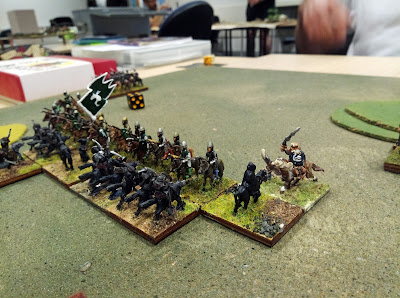 In the centre I'd Advanced a large command of trolls to smash the Rohan troops before them, but poor PIPs, a bit of bespelling from Gandalf and, finally, the loss of their general made it less of a mighty blow than I'd hoped. 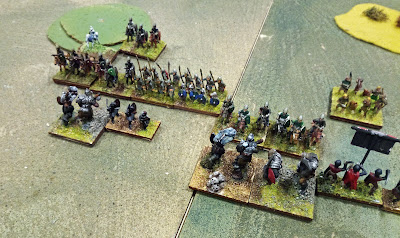 Indeed the Lord of the Nazgul had to fly over from his relatively static flank in order to plug a serious gap in the centre. 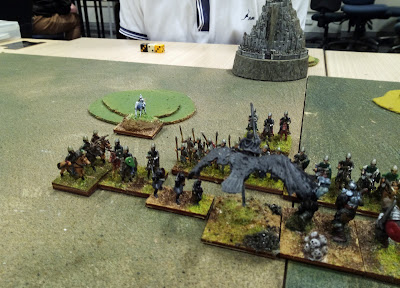 My position was not looking good at this stage, with the wolf-riders obviously doomed, the centre paralysed and nothing happening with my foot. So I decided to go all out an simply try and win the battle with the Lord of the Nazgul. I mean I say 'win'. What I mean is 'salvage some kind of credibility'. So I sent him over to kill Gandalf. And he did. 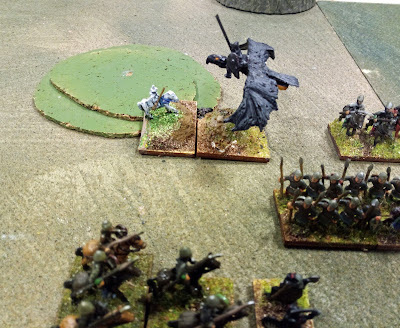 The foot of both sides did finally meet and there was the obligatory blade vs blade shoving match between the soldiers of Minas Tirith and the Olog Hai. 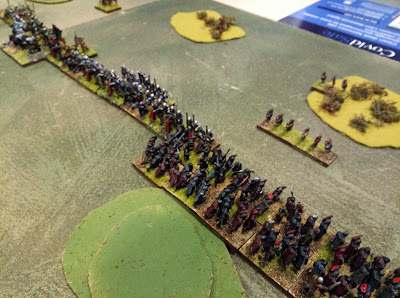 The Lord of the Nazgul destroyed some of Rohan's foot, whilst the surviving trolls attempted to take out some of their horse (and failed). 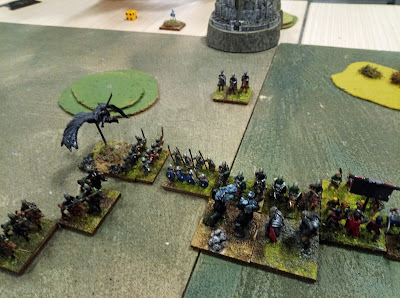 On my left the wolf-riders had ceased to exist as a fighting force, and Rohan was reorganising to roll up my centre. And even my centre was demoralised. I was only a smidge from breaking. 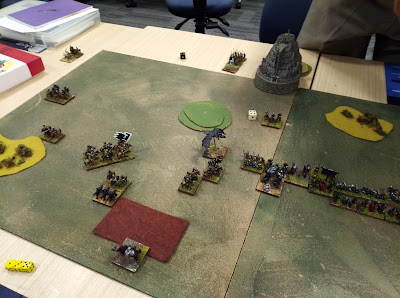 Rohan surrounded some trolls in the centre, pushing me closer to defeat. 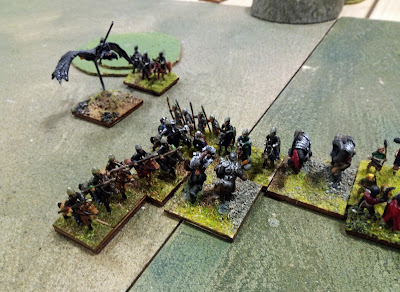 The Lord of the Nazgul went for the Rohan commander in the centre, but failed to kill him. 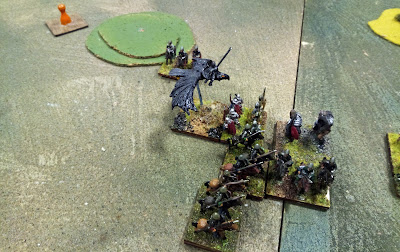 And the loss of the last element of wolf-riders sealed my fate. 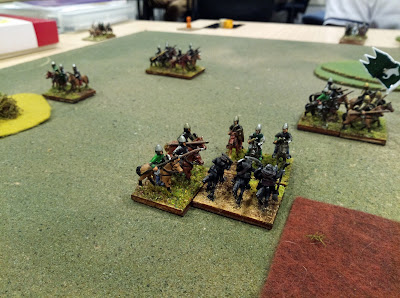 Geoff played well, and exploited the weakness of my army organisation. I went for an all-out smash in the centre and completely blew it, leaving my 'delay the enemy' flank to be wiped out and my static flank unable to do anything meaningful. Countering his knights - he had a lot - had to be the priority and I suspect mixing the trolls into the other commands was probably the best way forward. Still, with the enemy having a magician, I did well not to lose one of the three hero generals my side had. That would have been an embarrassingly quick loss had it happened to the Lord of the Nazgul.