Prester John vs The Dukedom of Ceidonia

With a new army to try out it was time for a quick game this evening. The Dukedom of Ceidonia was out of its box, so I set up a colourful medievel combat - Ceidonia's red and yellow on the left (defending) and Prester John's blue and white on the right. 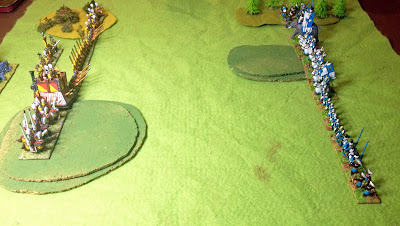 The Ceidonians sit tight, with a nice hill covering their right flank. Prester John sends his tribal warriors forward on his right to engage the enemy archers. 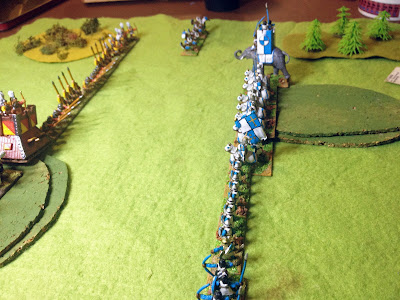 They attack, but it goes badly. In the first round the overlapped warband is destroyed and on the next turn the other one is as well. 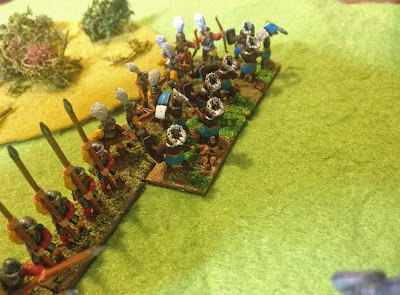 Prester John throws his centre into the Ceidonian line. 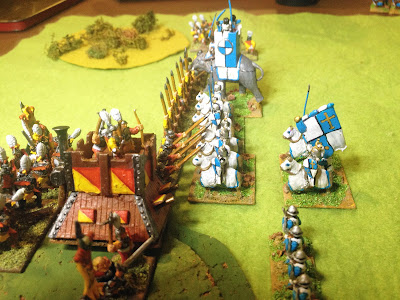 The Ceidonian spears hold, destroying some knights and then bringing down the war-elephant. 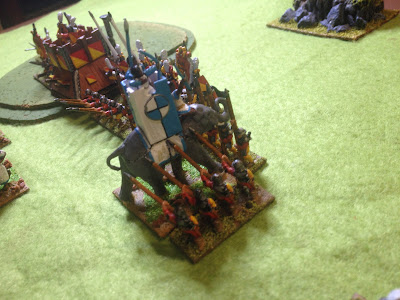 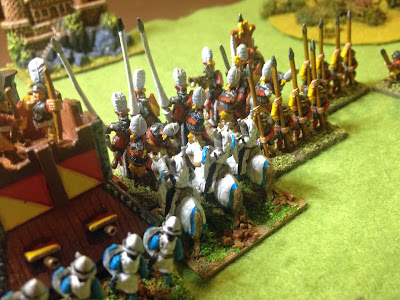 The Ceidonian left now turns towards the centre. 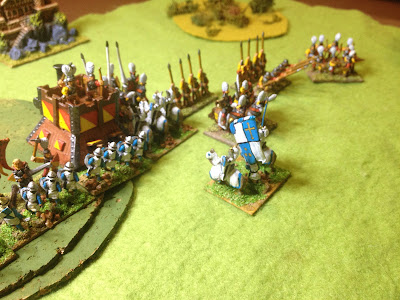 But before they get there Prester John's army breaks. 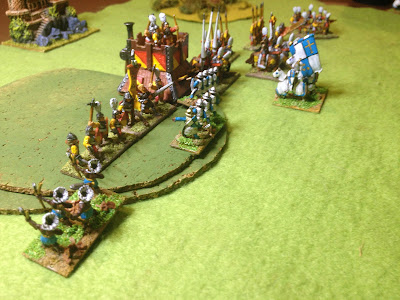 Heavy losses. The Ceidonians lost a single element of spears. 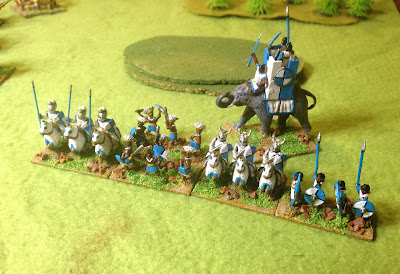 Prester John was probably onto a lose from the start, with a solid line of enemy troops in front of him, and no obviously point where a breakthrough could be made. Possibly things would have gone better by concentrating more troops on the shooters on the Ceidonian left.

Still, a disappointing debut for the new army.
Posted by Kaptain Kobold at 08:00