And A Happy Christmas To You!

Christmas Day is drawing to a close here in Australia. It's been a fun day; windy but hot and sunny and spent in the company of family. My son has changed jobs, and starts work with a radio station here in Wollongong next week, so he drove up from the Snowy Mountains on Christmas Eve and will be staying with us until he sorts out somewhere to live locally. It meant that he's staying with us on what would otherwise have been our first Christmas without him; an unexpected bonus.

Of course the main points of these posts on a wargames blog are these:

(i) What gaming-related goodies did I get as presents and

(ii) What games did I play

Well, I got a Lego Avengers game for our Playstation, and some more cars for Machinas. And that was about it in terms of games-related stuff. But see below.

In terms of actually playing things, we had a go at Maya's 'Betrayal at House on the Hill', which she got for her birthday last month but which we hadn't had chance to try out. It's a kind of co-operative game in which investigators explore a creepy old house. But at some point things suddenly change and one of them betrays the group in one of fifty or so random ways, shifting the game into a fight between the traitor and the other players. In our game I was the 'traitor', being bitten by a werewolf and becoming one myself, hunting the rest of the group through the house as they desperately tried to cast silver bullets and find a revolver to use them with. They failed as, one by one, I turned them into werewolves or ripped them limb from limb.

It's a nice-looking game, with pre-painted figures and geomorphic tiles for the house. 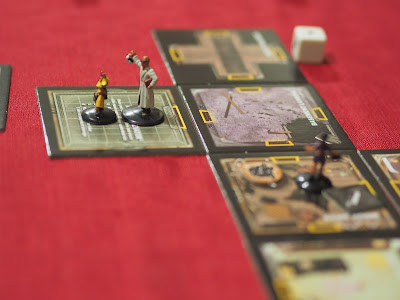 As I said above, I didn't get much in the way of games stuff, but I did get some slippers, which Catherine had knitted for me. 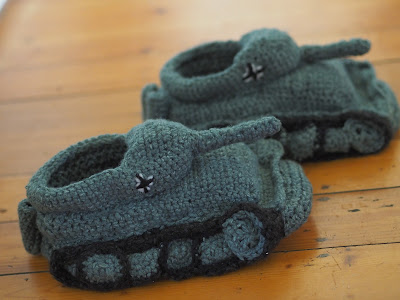 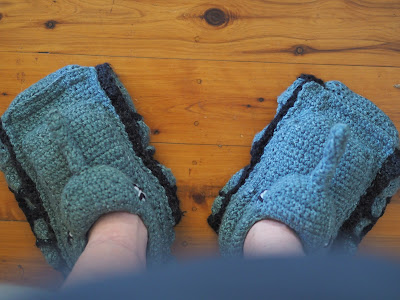 Weep with envy! Are they not fine?

But I wasn't the only one who contrived to look amazing this Christmas. Christmas Eve is Catherine's birthday, and we always go out and try to do something nice on the day, instead of having the whole thing buried under Christmas activities. Often we fail, because places that say they are open on Christmas Eve decide not to be on the day. This year we weren't disappointed though. This year we went to the gorgeous Chinese Garden of Friendship in Sydney. The garden itself is a treat worth visiting, and we had lunch there and enjoyed the ambience. But in one of the pavilions which dot the garden is a costume hire service where you can rent traditional Chinese costumes (for a mere $10!), and walk the gardens in them, taking photos and bemusing people who weren't aware it was an option.

So my wife got to spend the afternoon of her birthday flouncing around as a princess. So did my daughter: 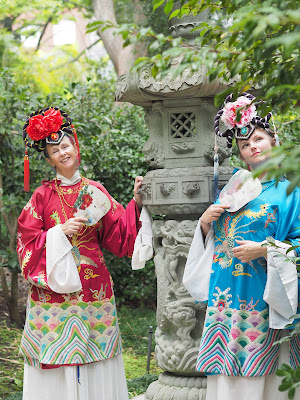 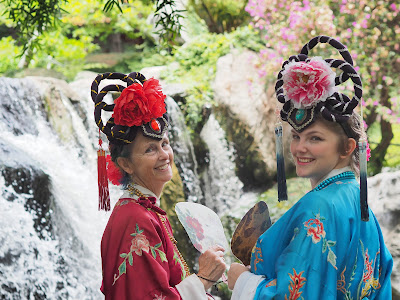 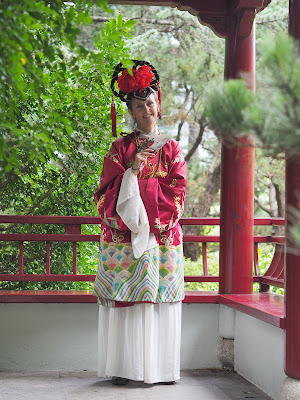 And I know what you're asking. The answer is, yes. I did. But, for once, I will spare you the evidence.

I hope you all had, or are having, a great Christmas. Let me know how it all went, eh?