This weekend we headed off down to Canberra for a birthday party, and whilst we were there we took the opportunity to see the 'History of the World in 100 Objects' at the National Museum of Australia. This is pretty much what it says; it's one hundred objects and artefacts from the British Museum, collected and grouped to take the visitor through human history across the globe. It starts with the earliest known stone tool and ends with a portable solar panel and lamp.

The chances are that I've seen most of the objects before, having been to the British Museum more than a couple of times. But a lot of them would have been overwhelmed by the other items on display here. This select collection mixed famous items with ones that are probably less well-known.

The exhibition had originally been put on at the British Museum, but some of the objects in the Australian version were different. This was mostly due to some of the original ones being items that the museum would be reluctant to load out elsewhere - the Rosetta Stone, for example. I'm not sure which specific objects were different but frankly it didn't really matter. It was an interesting walk through thousands of years of history, culture and change, and even such things as a counterfeit football shirt had a story to tell.

I took a few photos. I could have photographed every object, but I didn't. Here are some I thought might be of interest to you, the Reader of this blog. Unfortunately in some cases I forgot to photograph the label giving details of what the thing was, so my comments will be somewhat limited.

Let's start with some Assyrian soldiers. 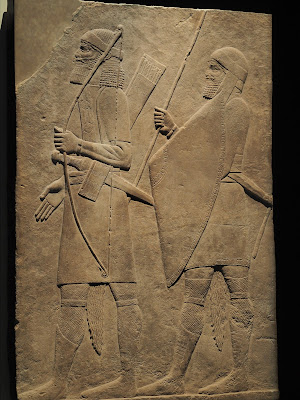 And how about the the head of a statue of Augustus Caesar? This is the one that was looted from Roman Egypt by the Kushites, buried in a trophy horde at Meroe and eventually dug up centuries later in the Sudan. 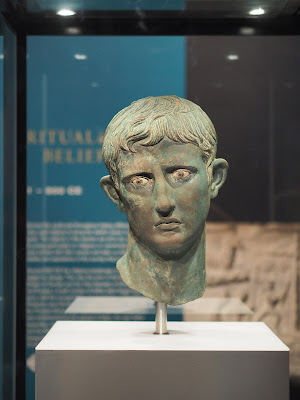 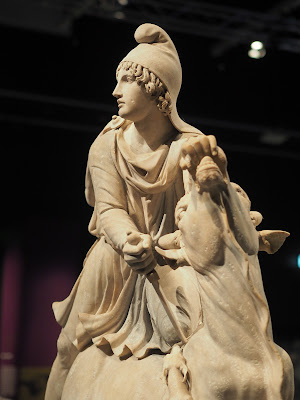 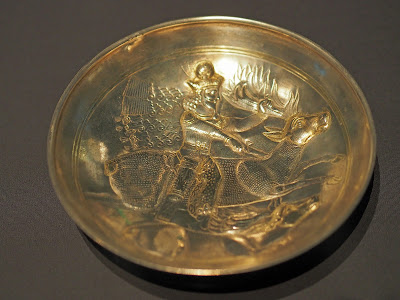 A jug in the form of a Moche warrior from Peru. 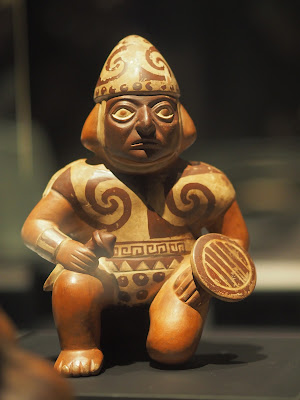 This is a statues of an Aztec spirit. Specifically that of a woman who died in childbirth. Whilst such women were honoured as highly as warriors, their restless spirits had to be placated to prevent them from causing harm in the material world. 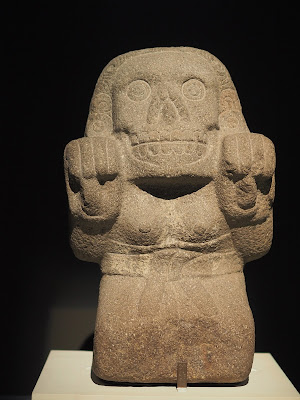 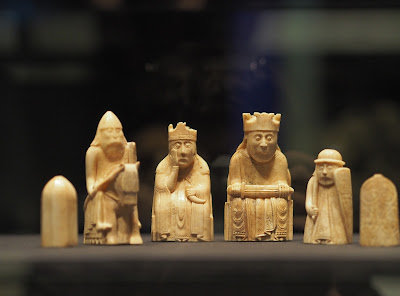 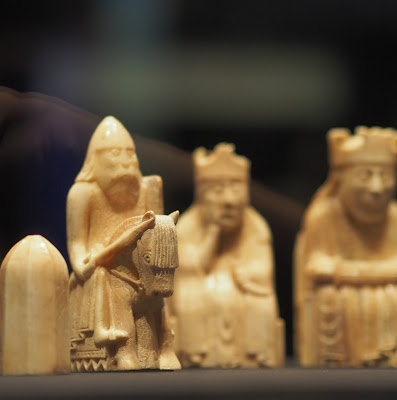 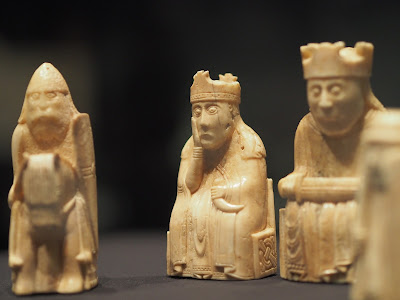 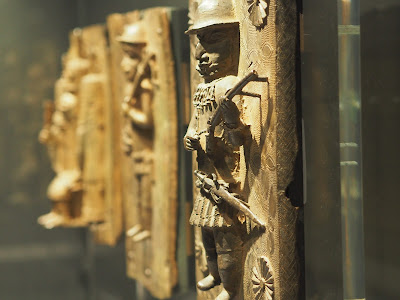 This is a relatively modern artefact - an Afghan war-rug. Made in the 1980s, it shows Afghans fighting the occupying Russians, the latter being depicted as horned demons. 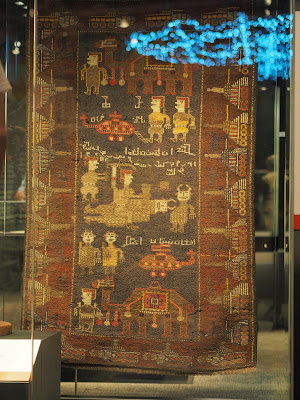 I cannot recommend this exhibition highly enough. I did see a few things written on some of the labels I had issue with (once again someone failed to understand just what Darwin's theory was about), but it was mostly excellently put together, with the context of each object briefly but clearly explained.

But be quick; it's only on until the end of January.