So we say goodbye to 2016. And, once again, I give you a post showcasing the most popular posts in terms of hits from each month. As a process it does a fair job of highlighting the primary features of the year for me - horse and musket gaming, 3D printing  and HOTT. I rediscovered Battlesworn, and showcased Machinas. I tried a bit of WWII gaming. I did a figure converting/painting challenge. And I continued to look awesome in both genders, of course. 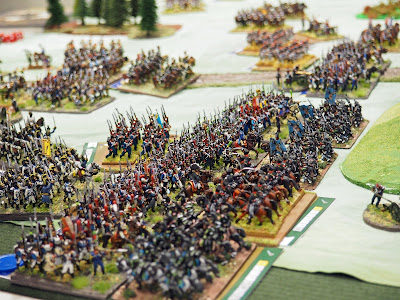 Ozterlitz - Although our group regularly meets on a Thursday evening, we sometimes book a venue on a Sunday for a longer or larger gaming session. Our first of the year saw us refighting Austerlitz, using Blucher and hordes of 15mm figures. 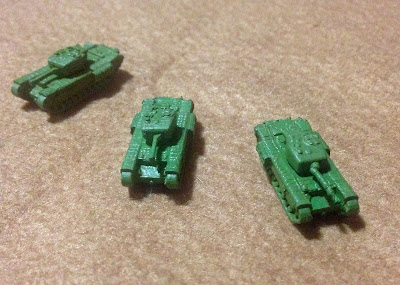 New Technology At The Stronghold - The European supermarket chain Aldi is famous for doing weekly promotions on a number of eclectic items unrelated to basic household needs. In February they sold a relatively cheap and cheerful 3D printer, and I snapped on up. I then spent the next few weeks investigating the wargames potential of it. This is the first post on the subject. 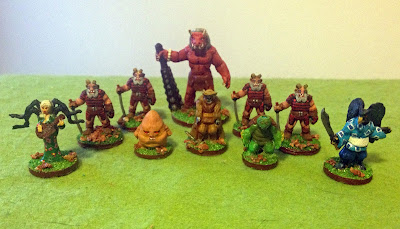 The Night Parade of the Yokai - My adventures in 3D printing continued on into March, and culminated in me printing and painting two warbands for the fantasy skirmish game Battlesworn. The first was this one; creatures from Japanese myth and legend. I'm really pleased with how these turned out. 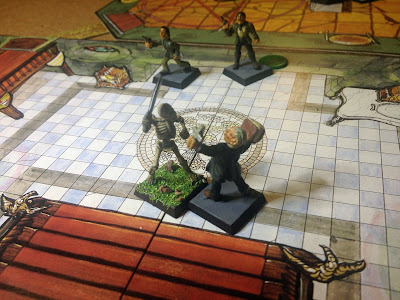 Fu Manchu's Halls of Horror - The 3D printing fell by the wayside a little, but my rediscovery of Battlesworn, aided by a supplement with new rules and a system for solo play, continued. The climax was a scenario which pitted a team of Victorian-era monster hunters against the evil of Doctor Fu Manchu, on a battlefield made up of vintage Citadel building floor-plans. 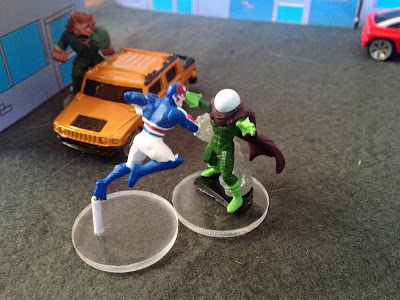 Excalibur in 'Bank Heist!' - In May I set about rebasing my Heroclix figures onto clear perspex. And then I played games with them. 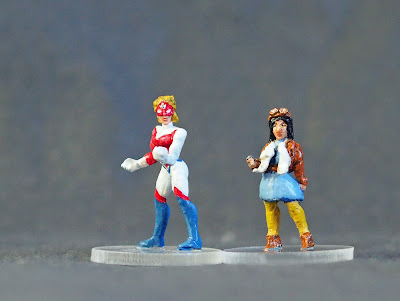 Forgotten Heroes - Jenny Everywhere - Part 4 - In June I took part in my first internet painting and modelling challenge: Forgotten Heroes. The premise was simple: take a character from any form of media which does not currently have an official miniature, and produce a miniature for them in 25/28mm. I produced two entries. The first was converting a Heroclix Catwoman into Marvel UK's Captain UK. The second saw me using a 3D printed figure as the base for a miniature of the open-source character Jenny Everywhere. This post is the last one of a whole string I posted throughout the month. 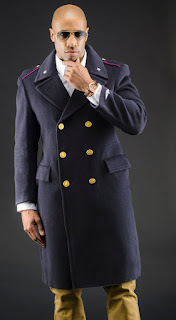 A Great Coat Query - Regular readers will know that I enjoy wearing a nice outfit. In July I bought what appeared to be a military greatcoat, but I couldn't put a specific ID on it. So I asked you lot . I have no idea how it ended up as the most popular post for the month. 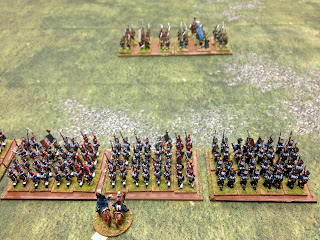 Sharp Practice - The horse and musket era has featured heavily in our games this year, with a number of rules in use. Sharp Practice was a new addition to our collection, and we're still learning how to play it, but it gives an entertaining and eye-catching game. 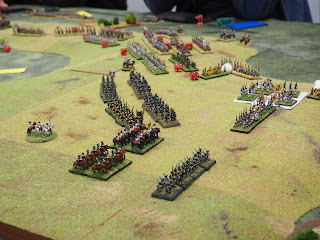 Maurice - Leuthen - A feature of this year has been Gary's Maurice scenarios covering battles from the Seven Years' War and similar conflicts. These have always been entertaining, and have allowed us to fight major actions in the course of an evening's play with very little stress. 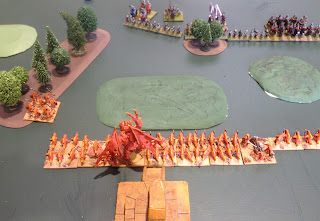 MOAB 2016 - The HOTT Tournament - Finally! Some 'Hordes of the Things' content. My top post for October was my report of the annual HOTT tournament at MOAB in Sydney, in which my Pendraken Fishmen were reimagined as a minons of Cthulhu himself. 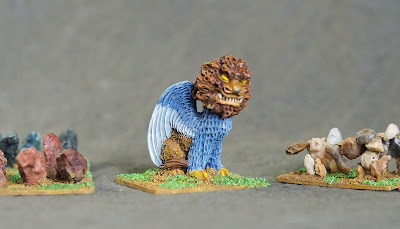 Army Showcase - Asag and the Stone Allies - November was a quiet month in terms of posts, since I was away on holiday for much of it. A query on the HOTT Facebook group saw me get my Sumerian rock monsters out of storage, and I ended up doing a showcase post covering them. 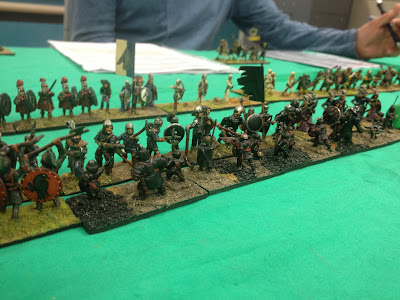 Last Stand - First Time - Dave Brown introduced us to his in-development fantasy mass-battle rules, and we used armies of figures some of which were as old as the players using them.