This is the scenario for Battlesworn which we played on Thursday evening.

Use a square board. Place three cairns, statues or similar line-of-sight blocking objects along the centre-line - one in the centre and two on each side equidistant between the centre and the edge. These hold the treasure.

Here's the terrain we used: 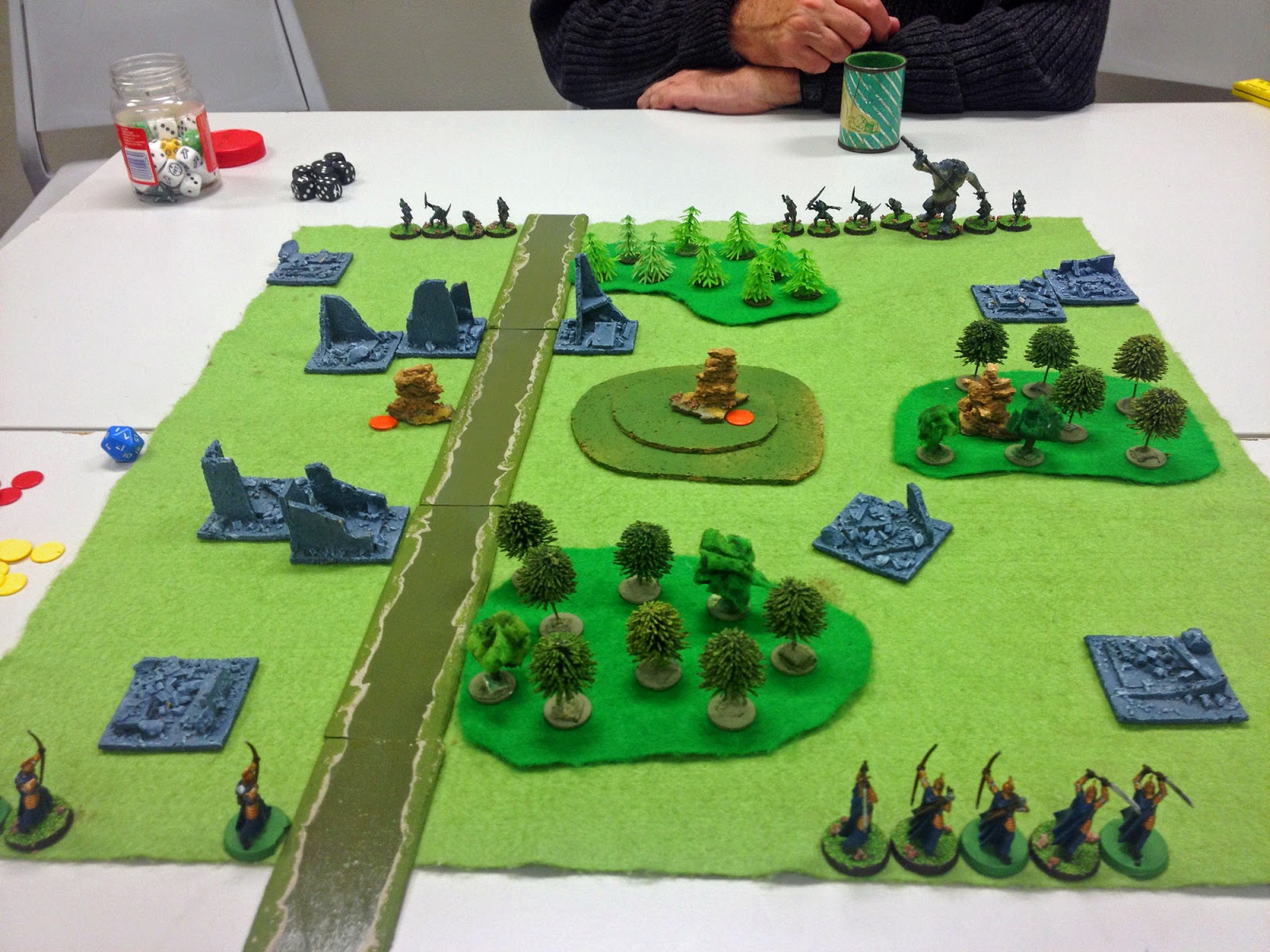 The cairns are marked with orange counters, which represents the treasure they contain. There is one item of treasure per cairn. As you can see, the one can only be approached by skirting some ruins, one is on a two-level hill (we dropped it to a single level in the second game) and one is on the middle of a wood, entering or leaving which counts as a change in terrain.

A figure in base contact with a cairn, and not in melee, may use an action or a reaction to search it. They roll 4D6 - if any of them score a '6' the they have recovered the treasure. If two sides search as part of the same initiative - via an action and a reaction - they both roll 4D6. The side which score the most sixes finds the treasure first. If they score the same neither finds it.

If a figure reaches their friendly baseline then they may spend an action or reaction to 'bank' it. It now belongs to your side.

The game runs for an agreed number of turns. We played at least 12, but with a random game end after that, but you could fix it a 15.

A side wins if:


Killing the enemy warband is, of course, a viable strategy, but if they concentrate on treasure hunting before you inflict sufficient losses they can win that way. The third victory condition covers a game which times out, and rewards a player who has concentrated o collecting treasure in an otherwise even fight.

I don't know how badly Flyers or Cavalry would break this scenario, unless you set some specific terrain restrictions. But it worked fine with the warbands we used.
Posted by Kaptain Kobold at 19:14