I played more DBA 3.0 this week. I think I've now played more games of DBA 3.0 that I have of all the previous versions of DBA put together.

I played against Gary. Three games in about 2 1/2 hours. I lost all of them.

For the first game I too Classical Indians against Skythians. 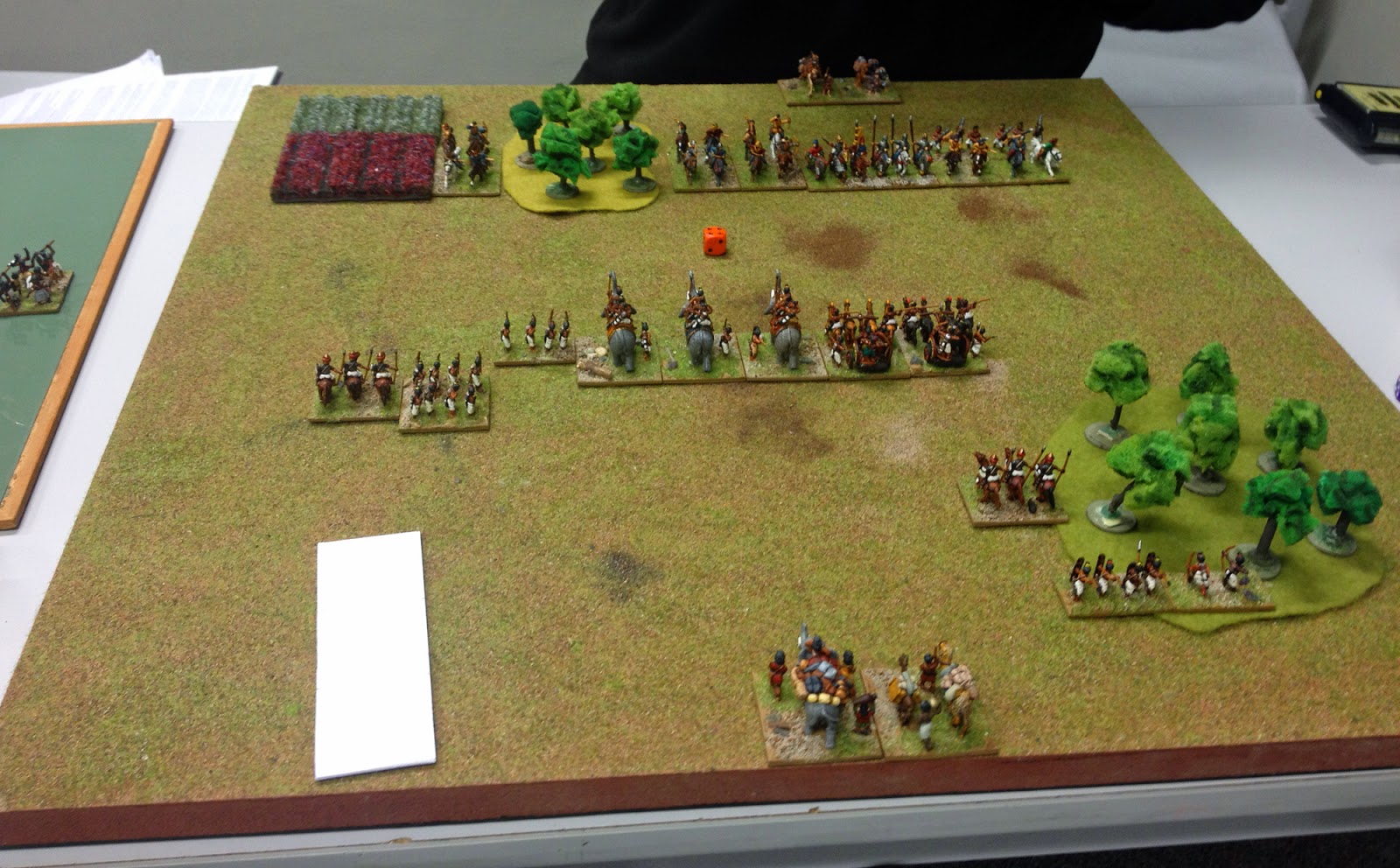 I've never used elephants in DBA. It showed. I launched them straight at the enemy light cavalry. 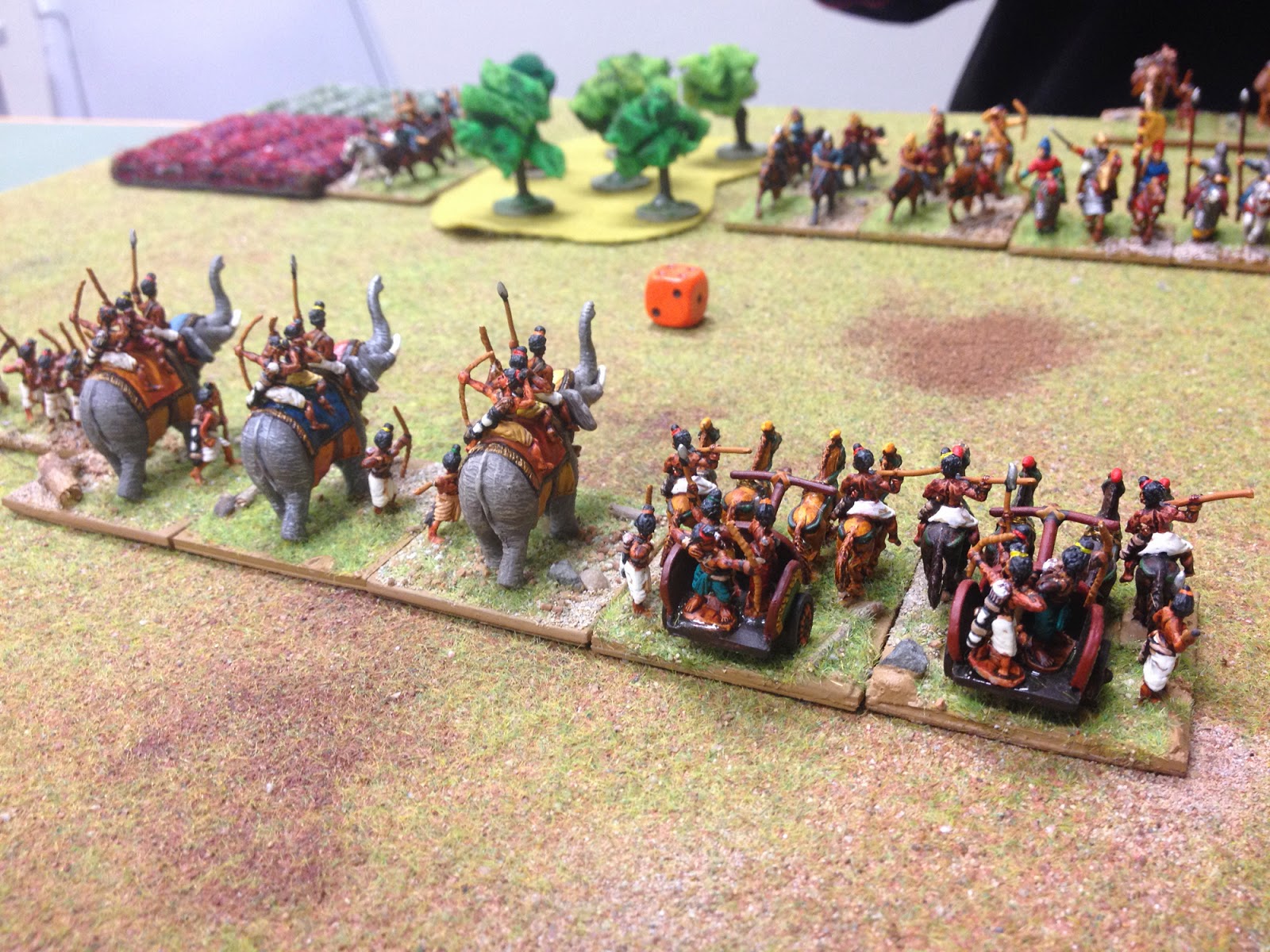 Getting outflanked didn't seem to be too big an issue after my chariots saw off some opposing horse. 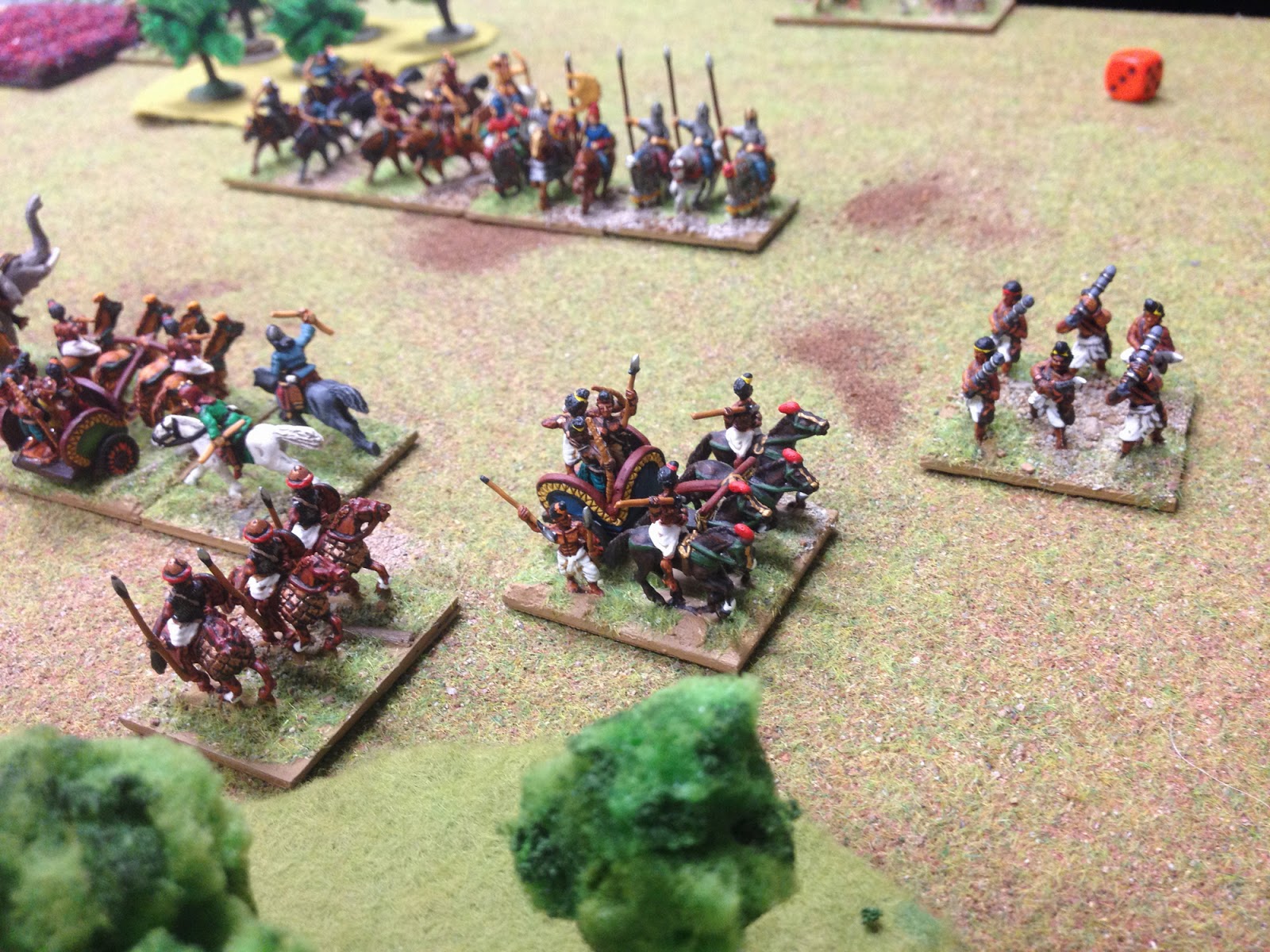 My elephants ploughed into the opposing light horse. Victory was within my grasp. Then all of my elephants died to double-ranked light horse that only had to beat me in order to get a kill. 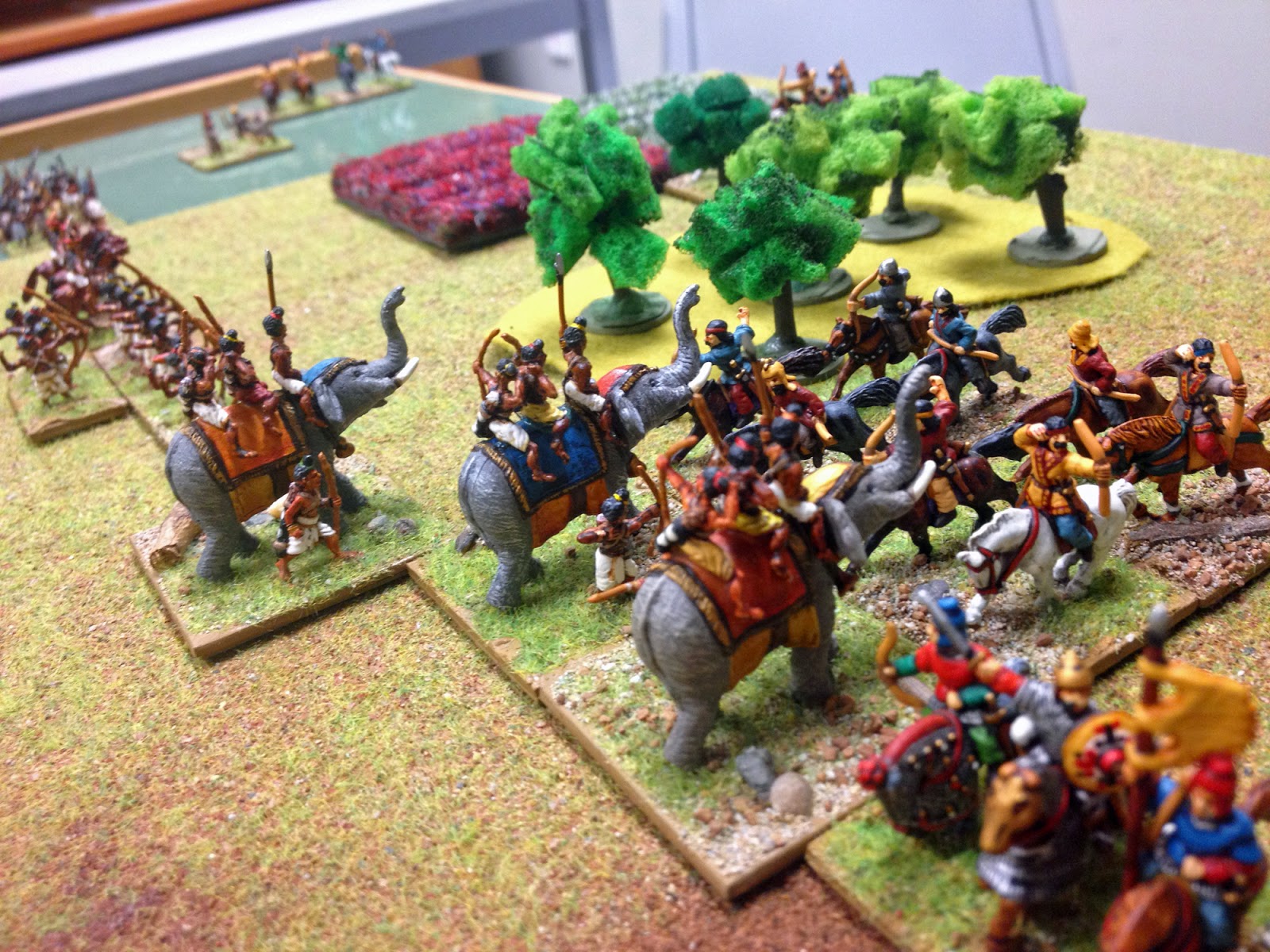 We swapped armies. I aimed my double-ranked light horse at Gary's elephants. 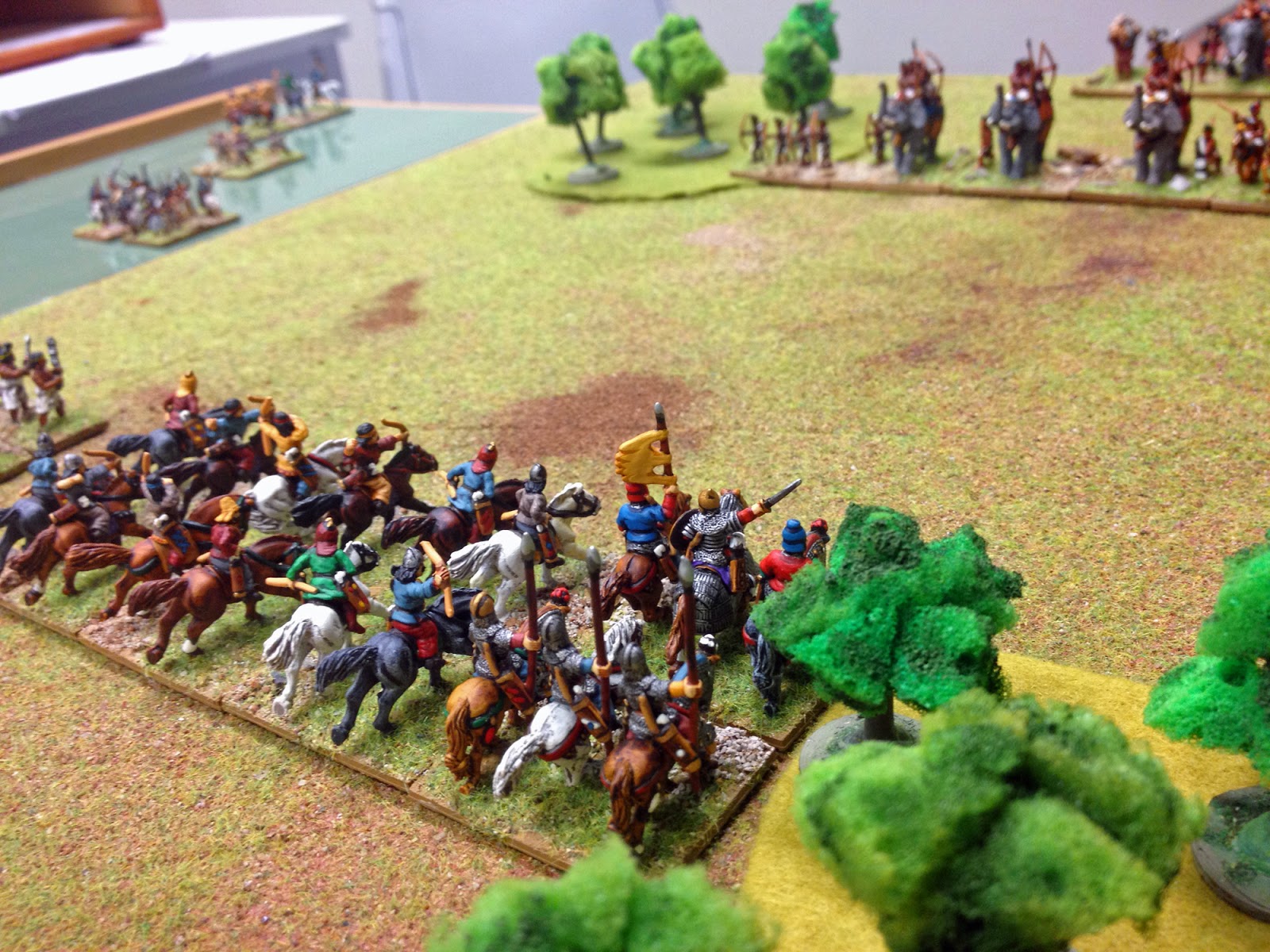 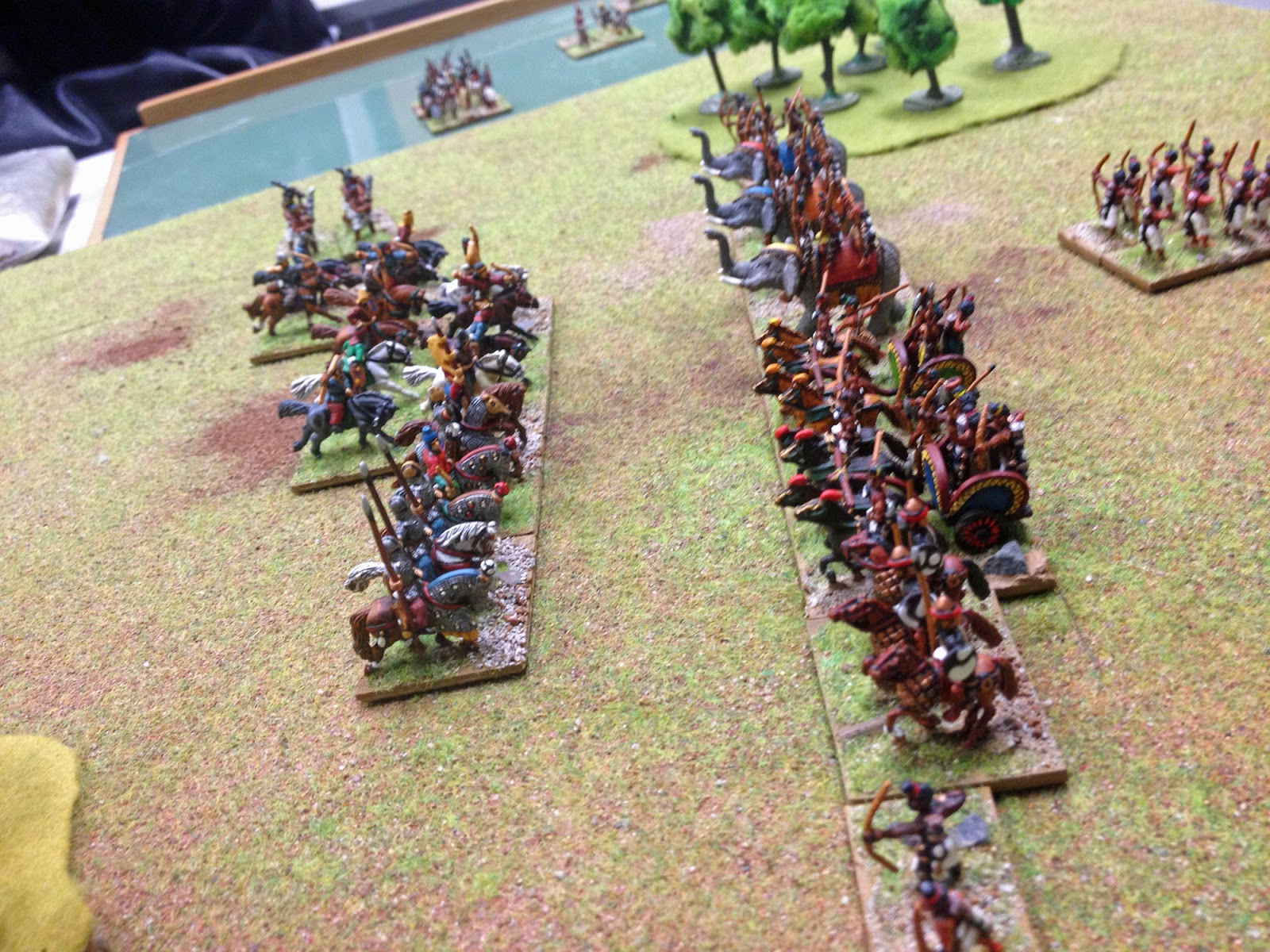 Bang! And the fight was on. 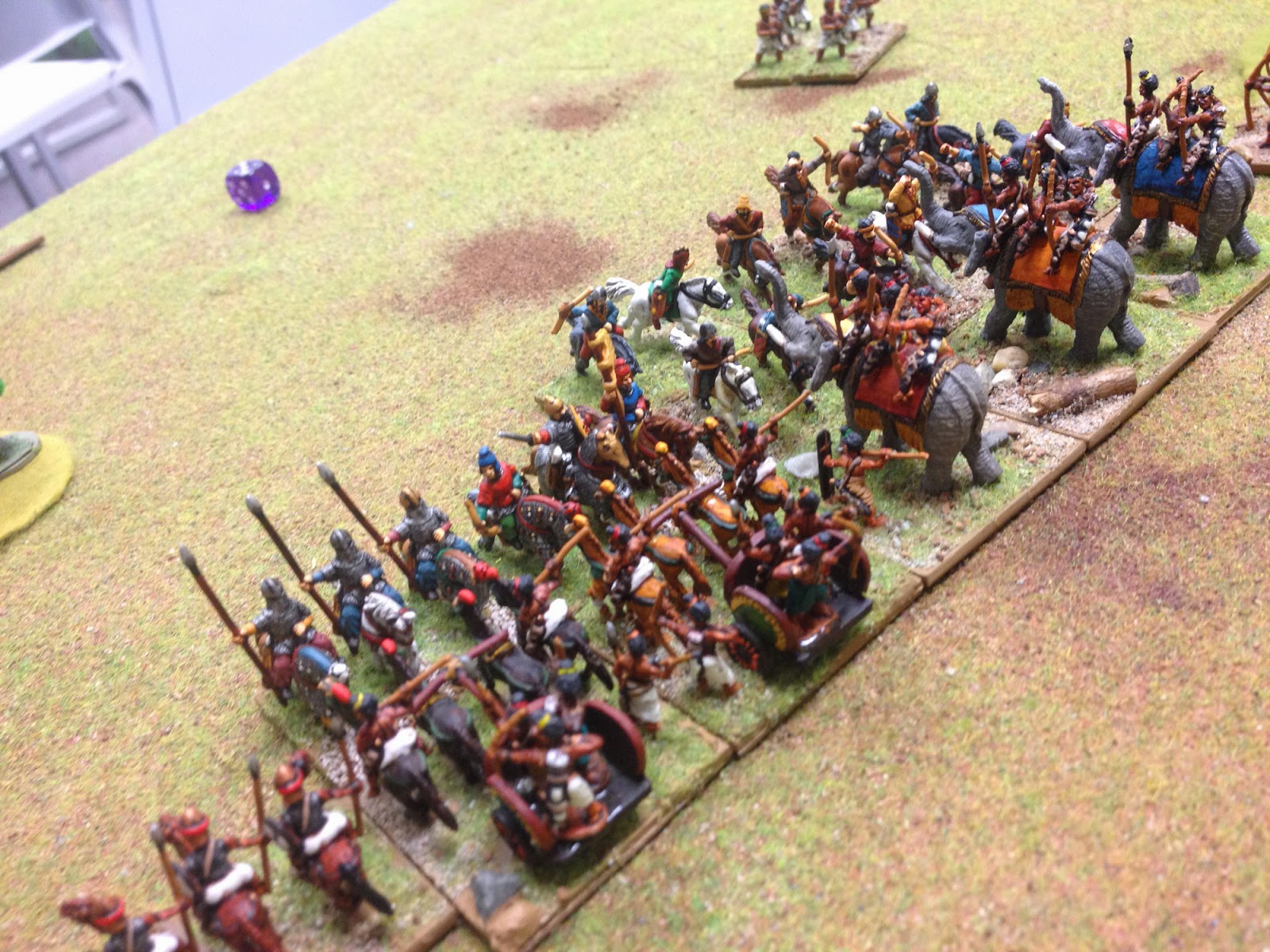 Here you can see my light horse being pushed back by elephants that they were incapable of killing owing to average combat rolls. 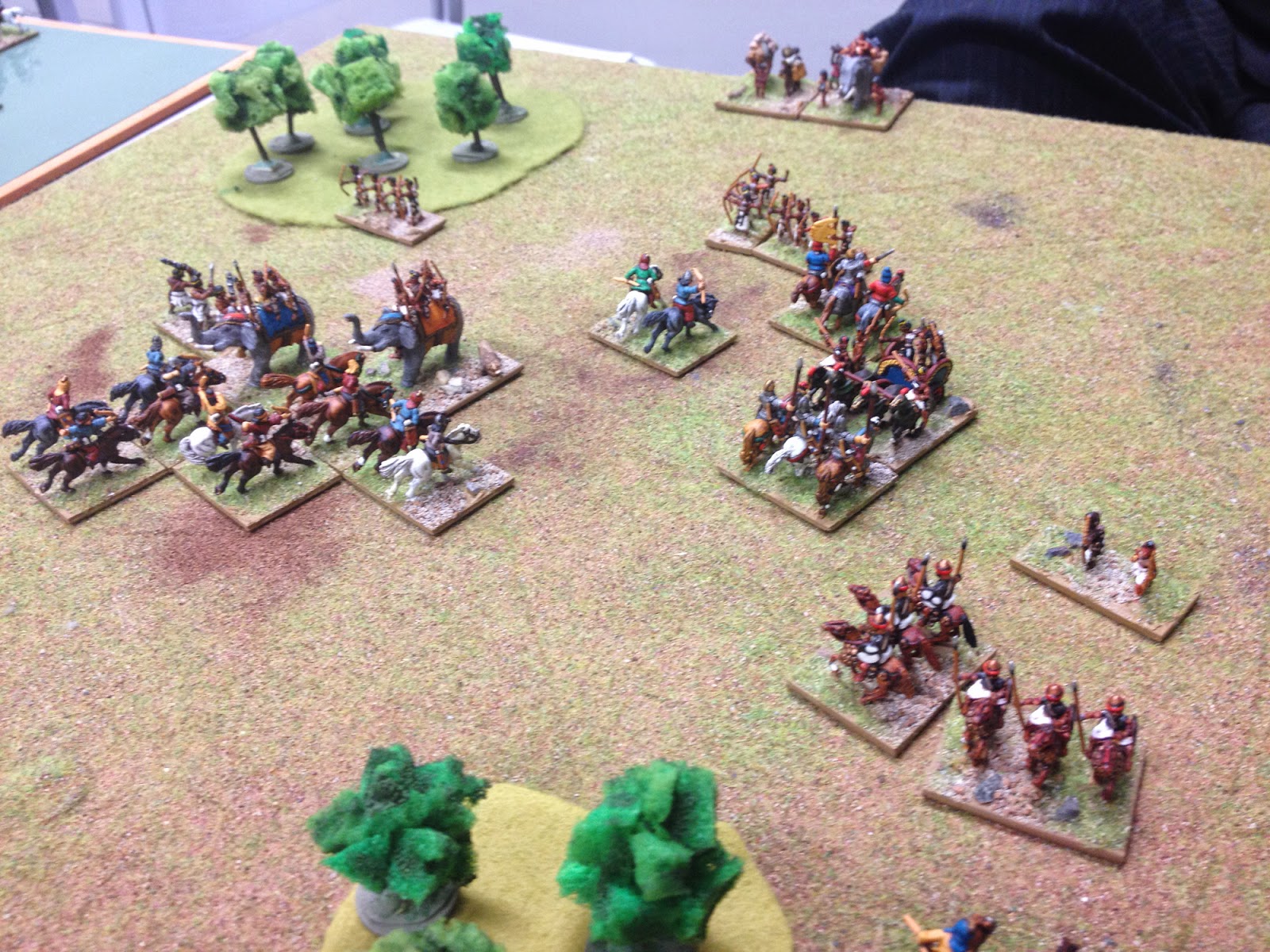 Meanwhile my general slashed through the Indian chariots, and attacked some of their bowmen. A draw was not the best result to get. He died. 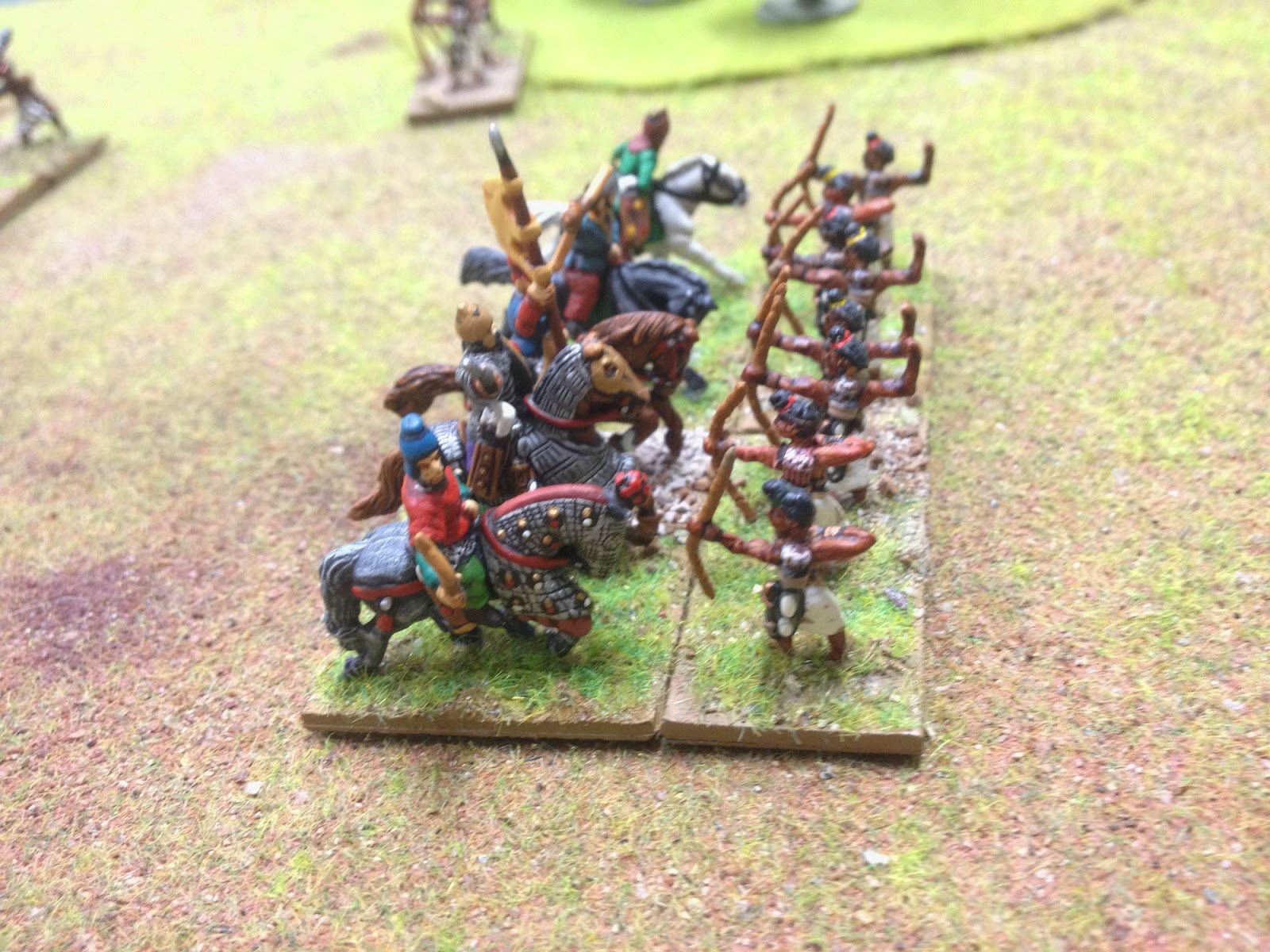 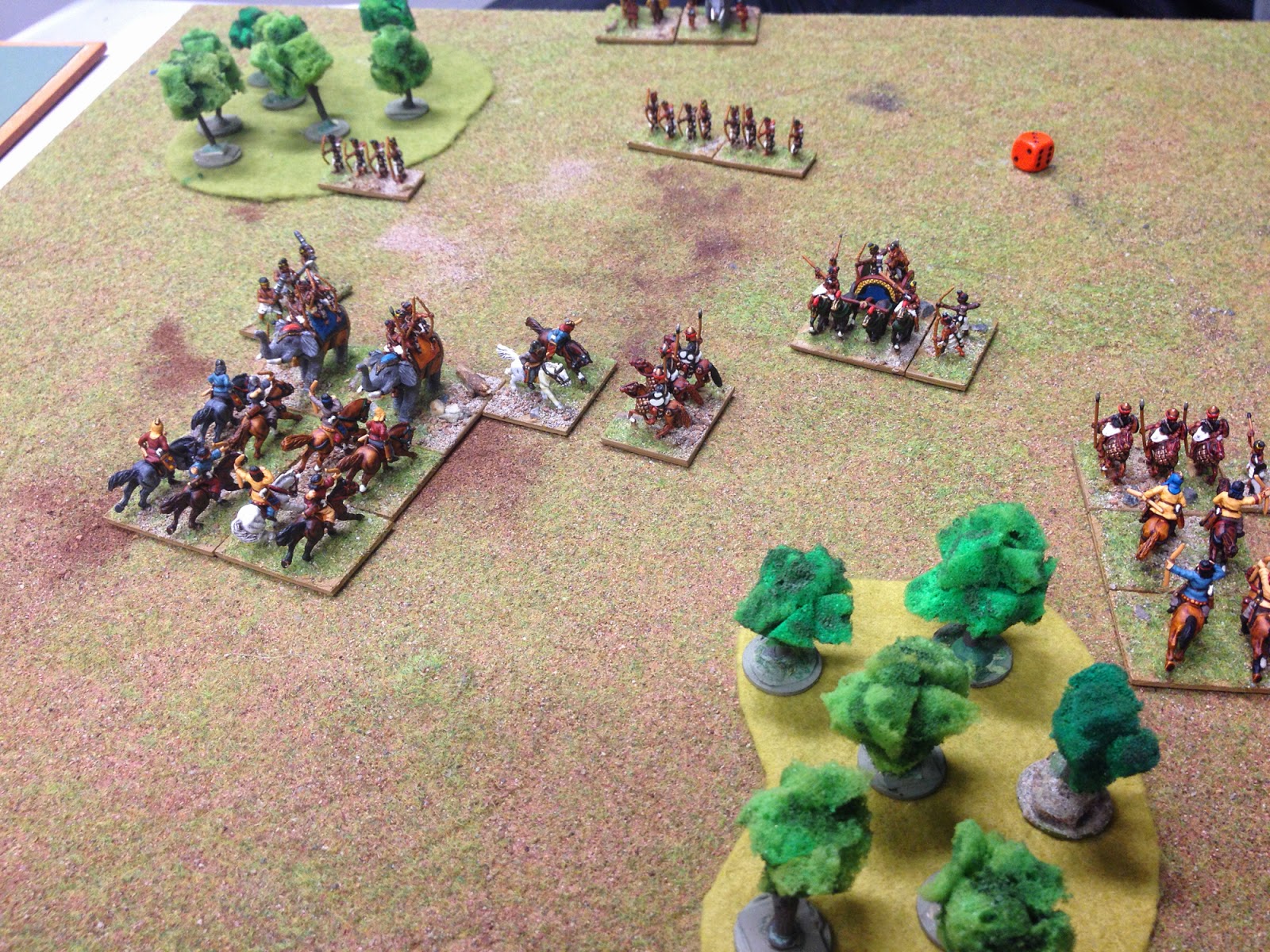 Final game - Early Germans vs Ancient British - we were using the armies Gary had available, but at least they lived at the same period in history and within a 1000 or so miles of each other. This was an interesting fight between solid warband and fast warband. I took the Germans. 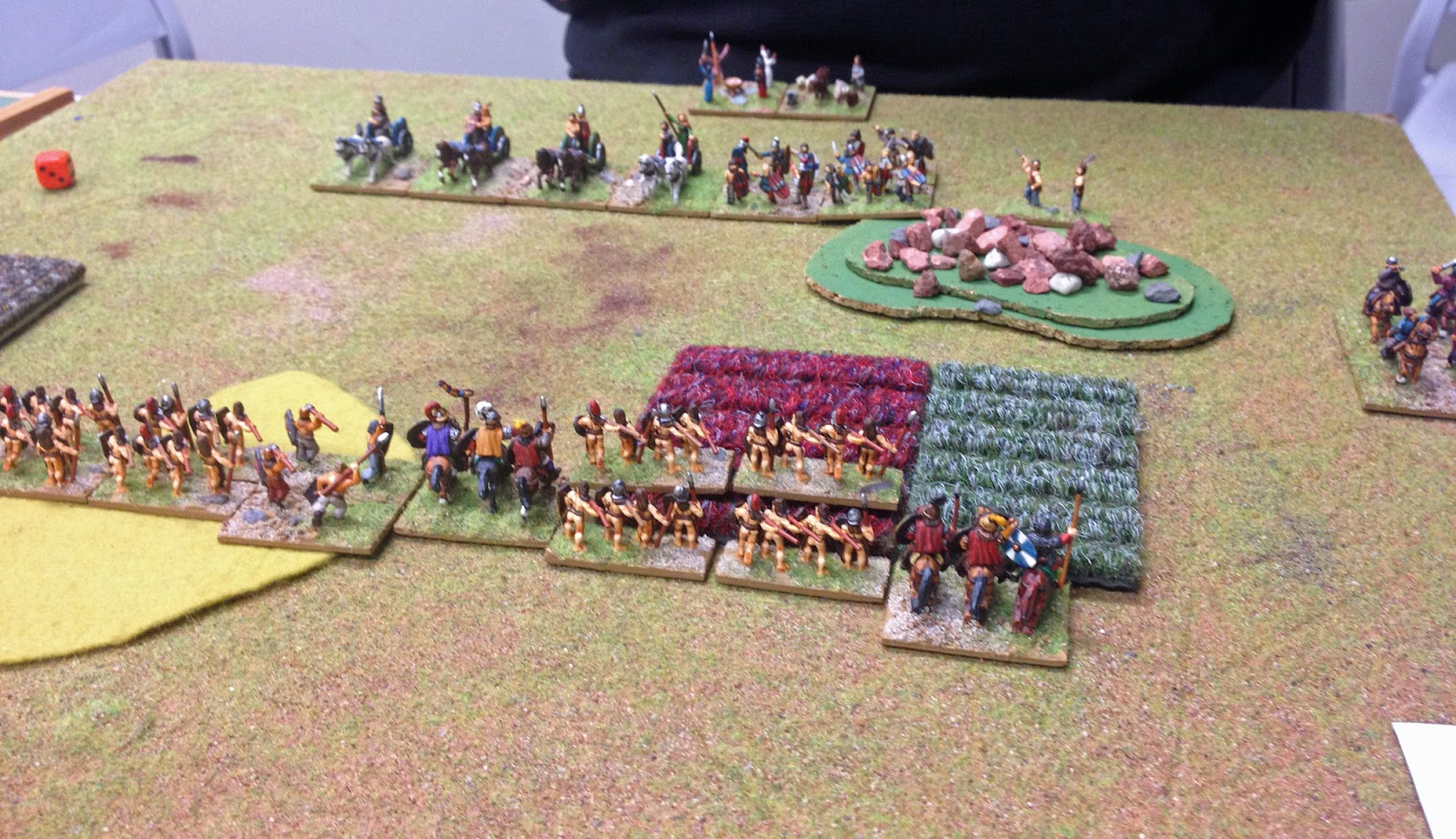 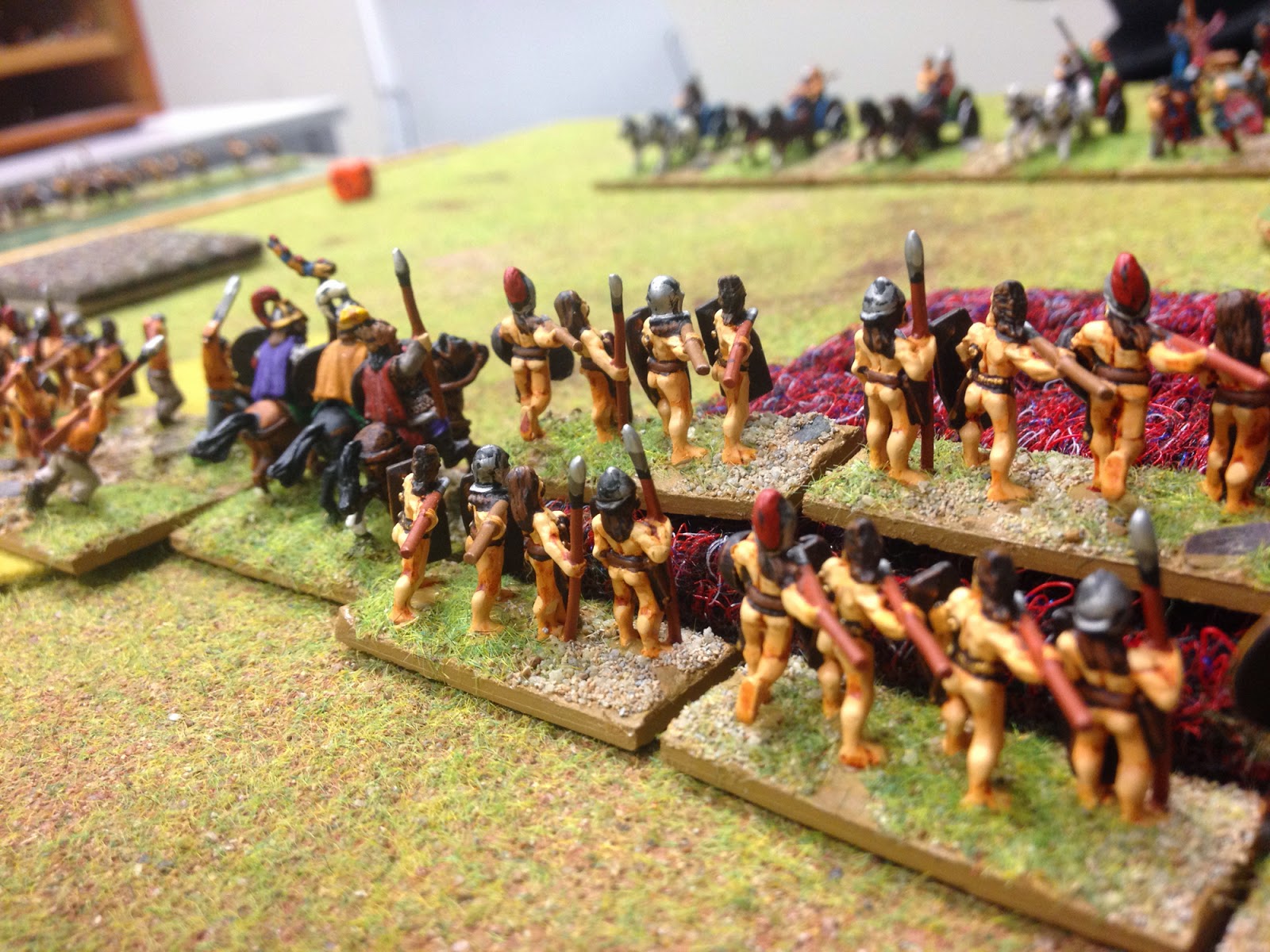 I got overlapped and lost lots of warband in the fields. Gary's light cavalry sacked my camp (not pictured, as they stole the well-crafted German cameras). I lost again. 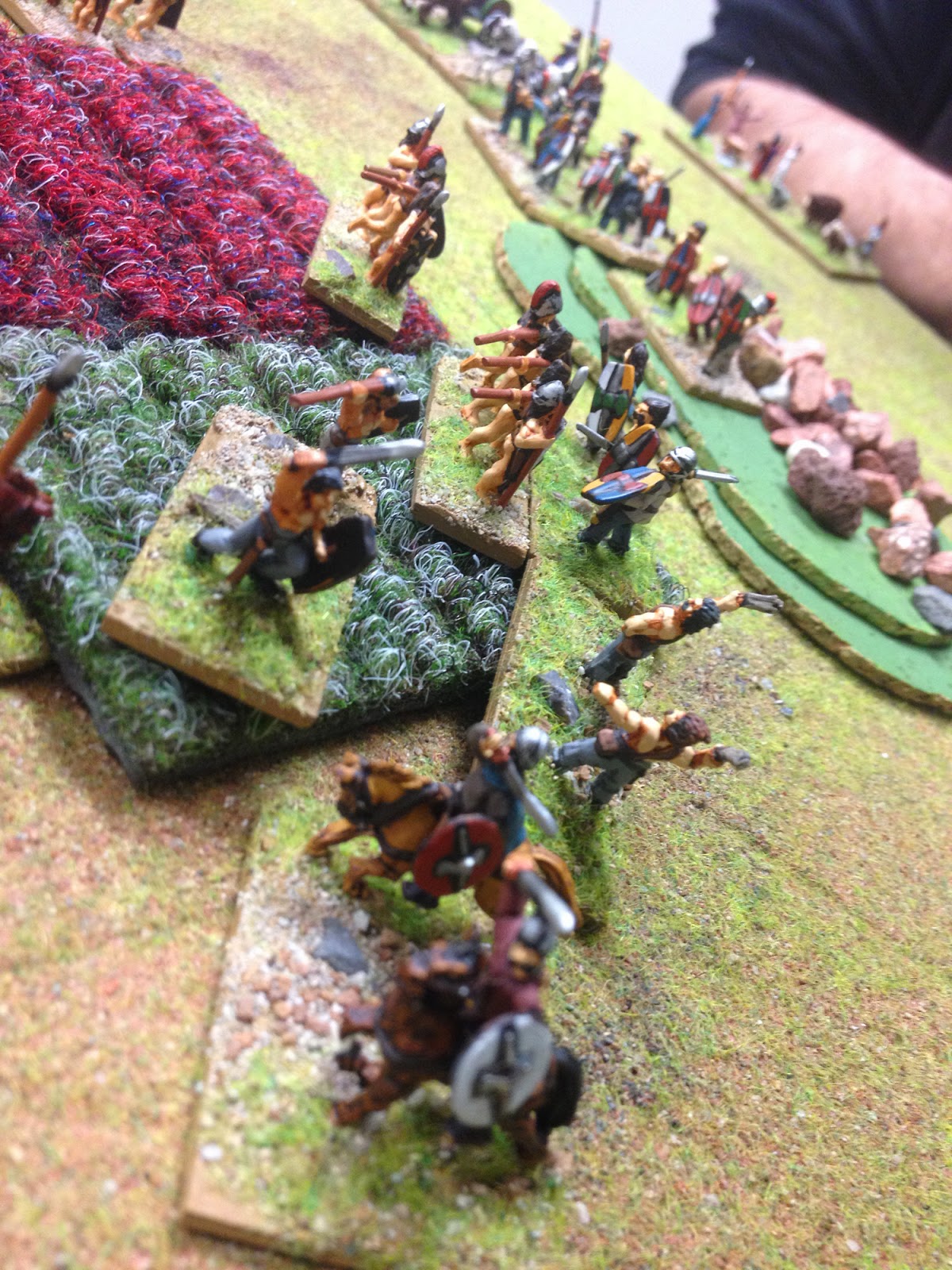 Thanks to Gary for providing opposition and some lovely armies to use. We did less flicking through the rules in these games and may soon be able to play without cracking open the book at all. One day.
Posted by Kaptain Kobold at 22:51