"A table does not have four legs"? No, that doesn't sound right ...

But, as they say, "Omnia dicta fortiora si dicta Latina".

Anyway, Caesar and Gary were trying out a new ancients game last night, one about which I can't reveal any more information. But I can show you some pictures - Late Romans were fighting Germanic Barbarians (although the figures weren't entirely accurate with regard to that setup) 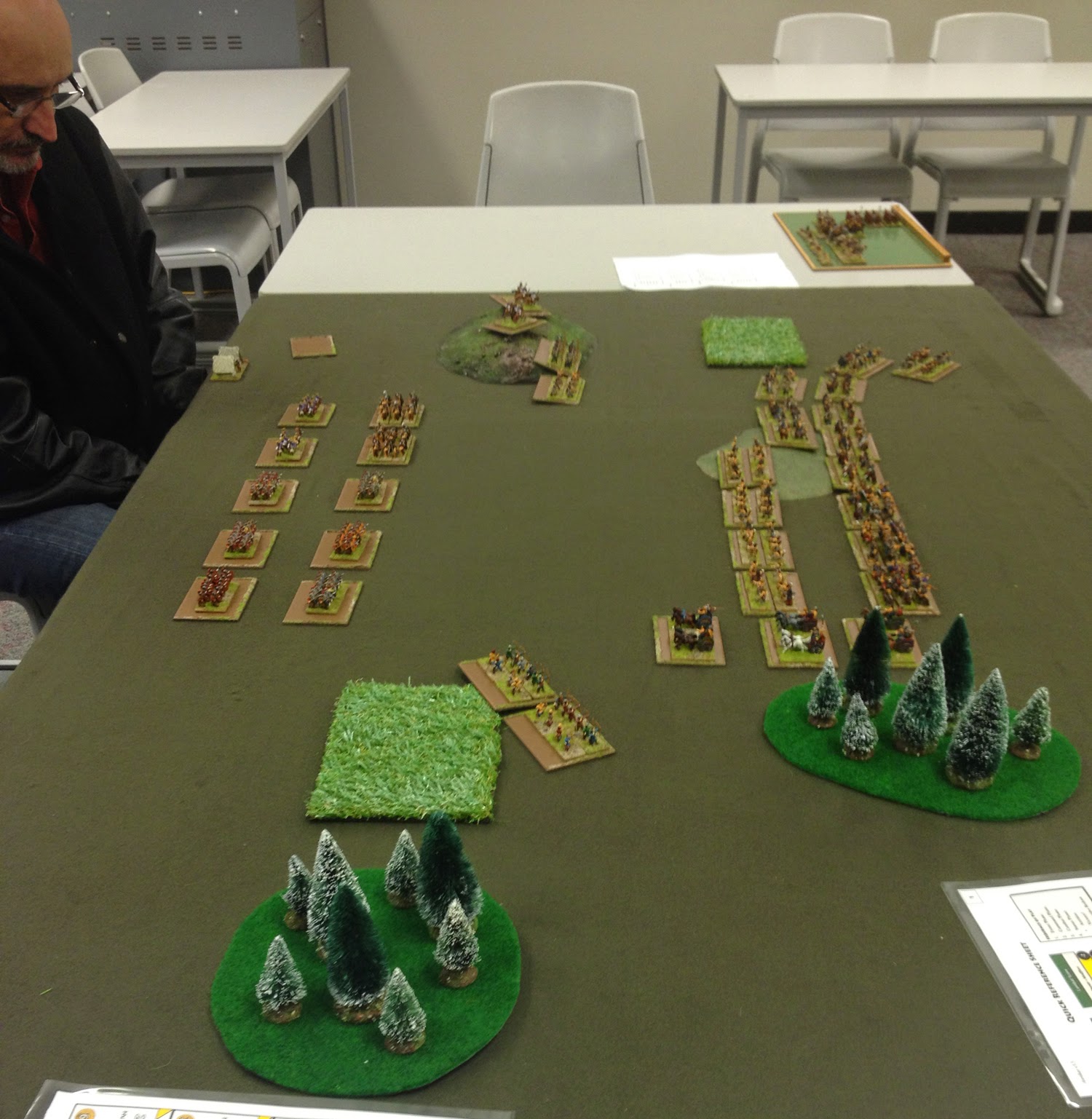 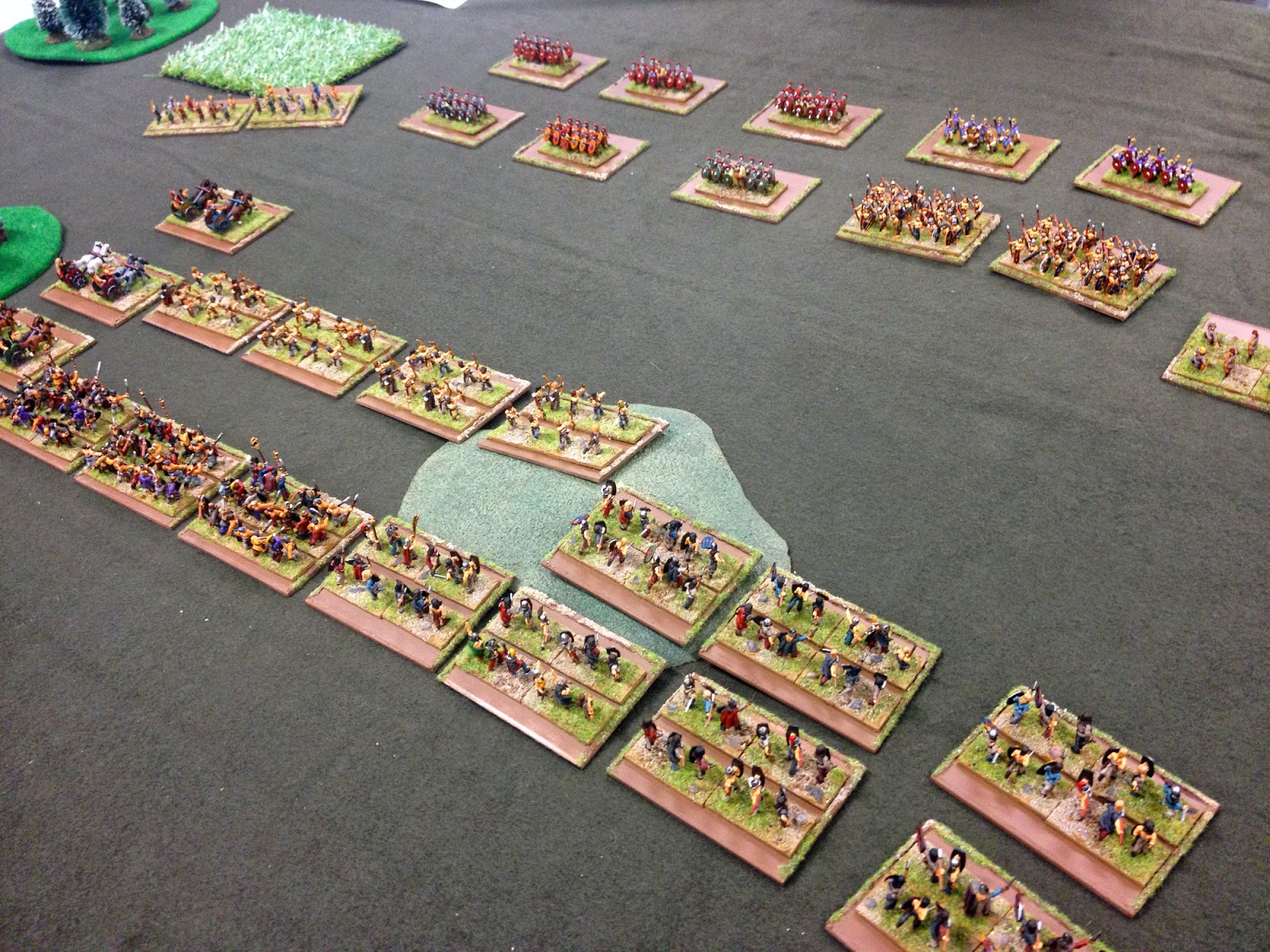 Light infantry and cavalry skirmish on the flanks. 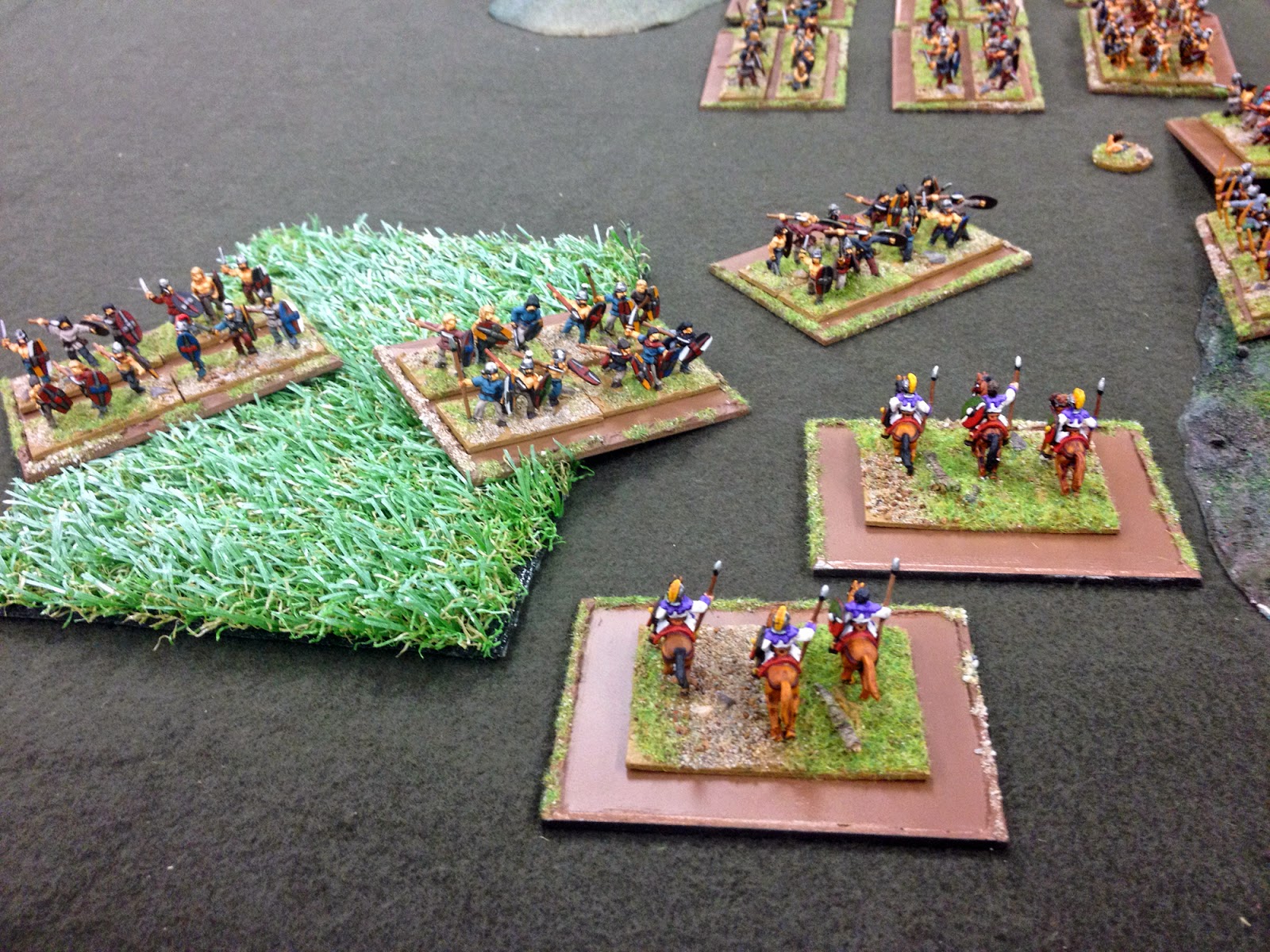 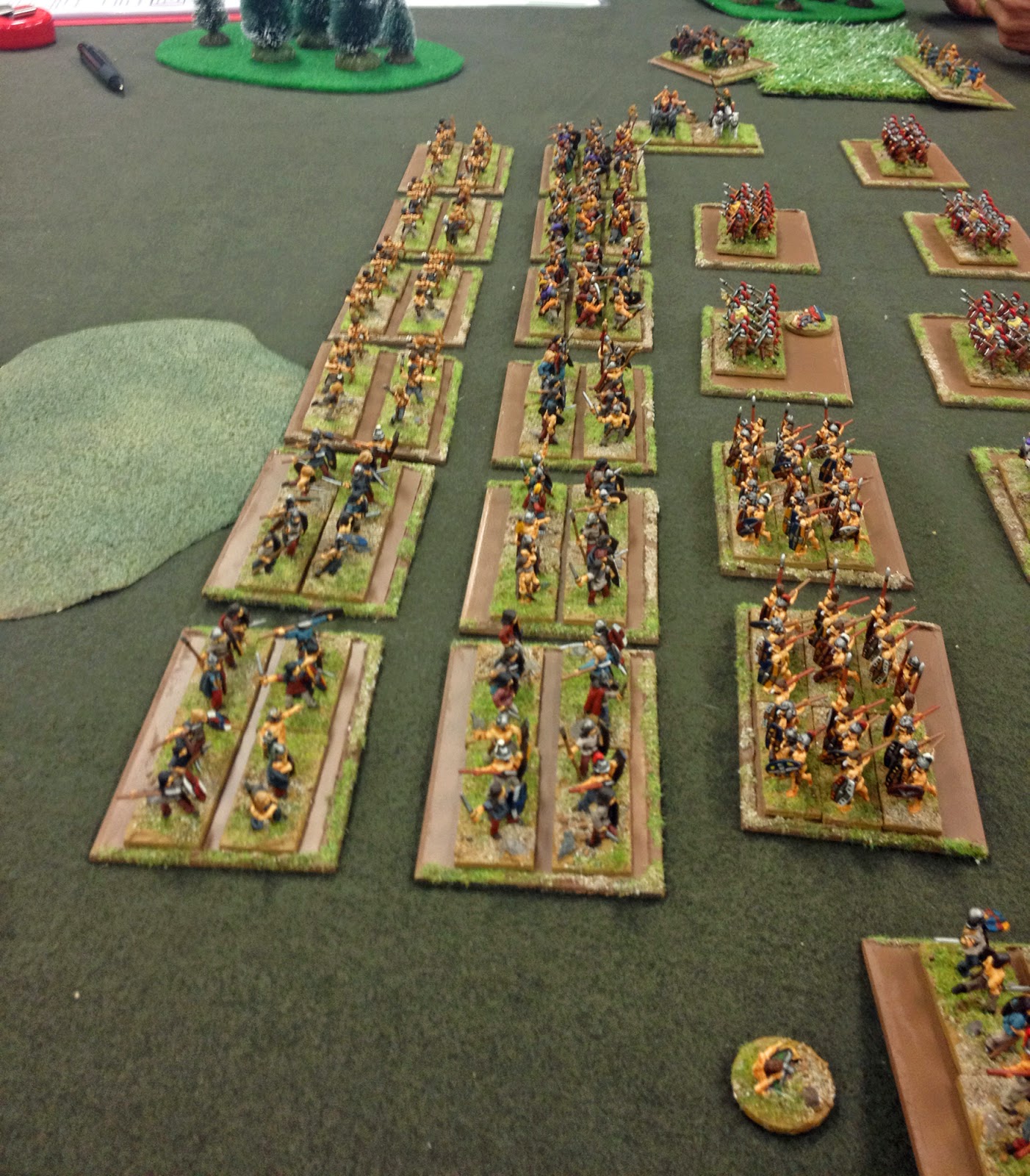 Towards the end - both armies have lost units by this stage. 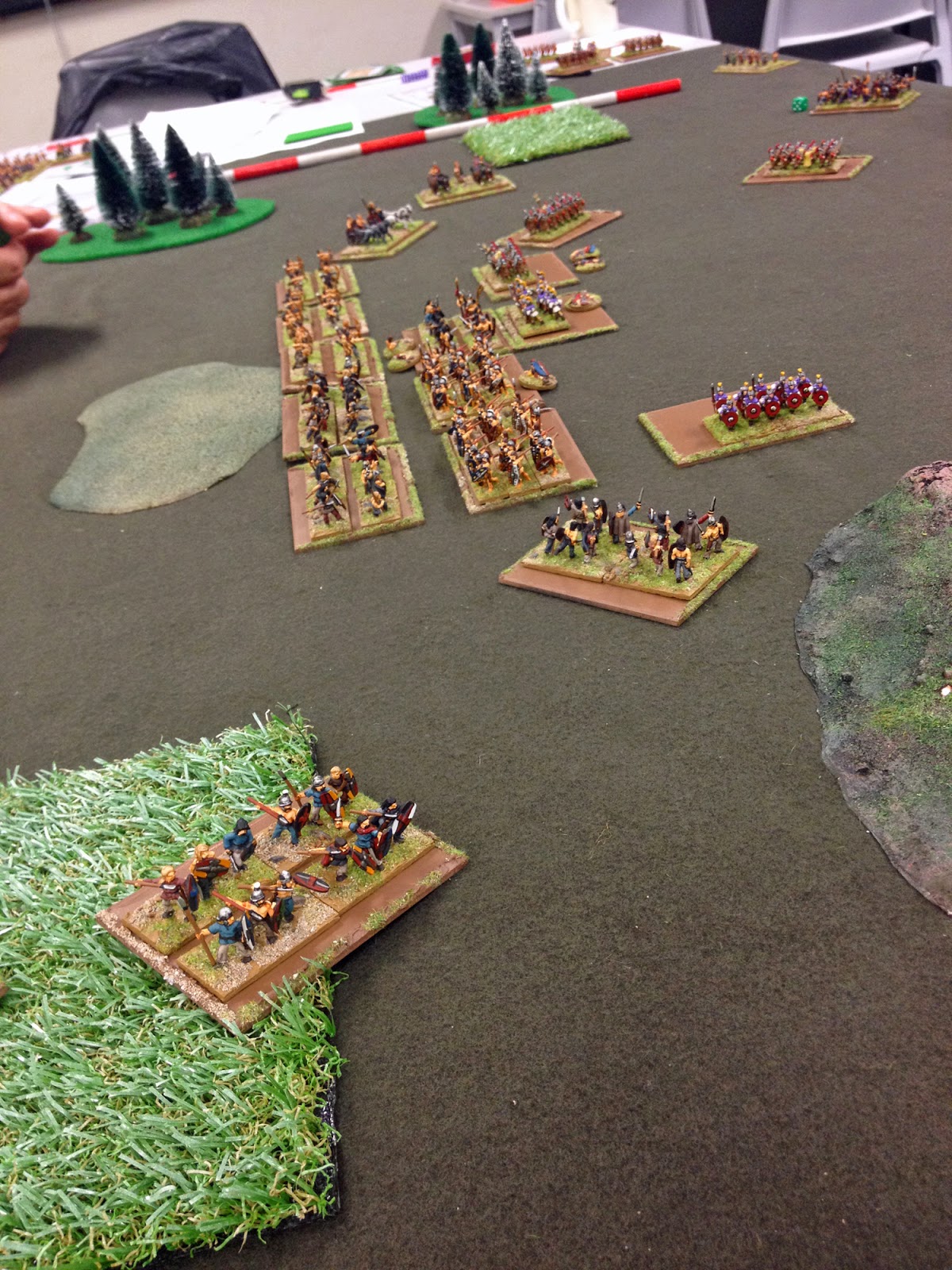 The moment that Caesar realised that Gary had thwarted his plan to win on the very last turn ... 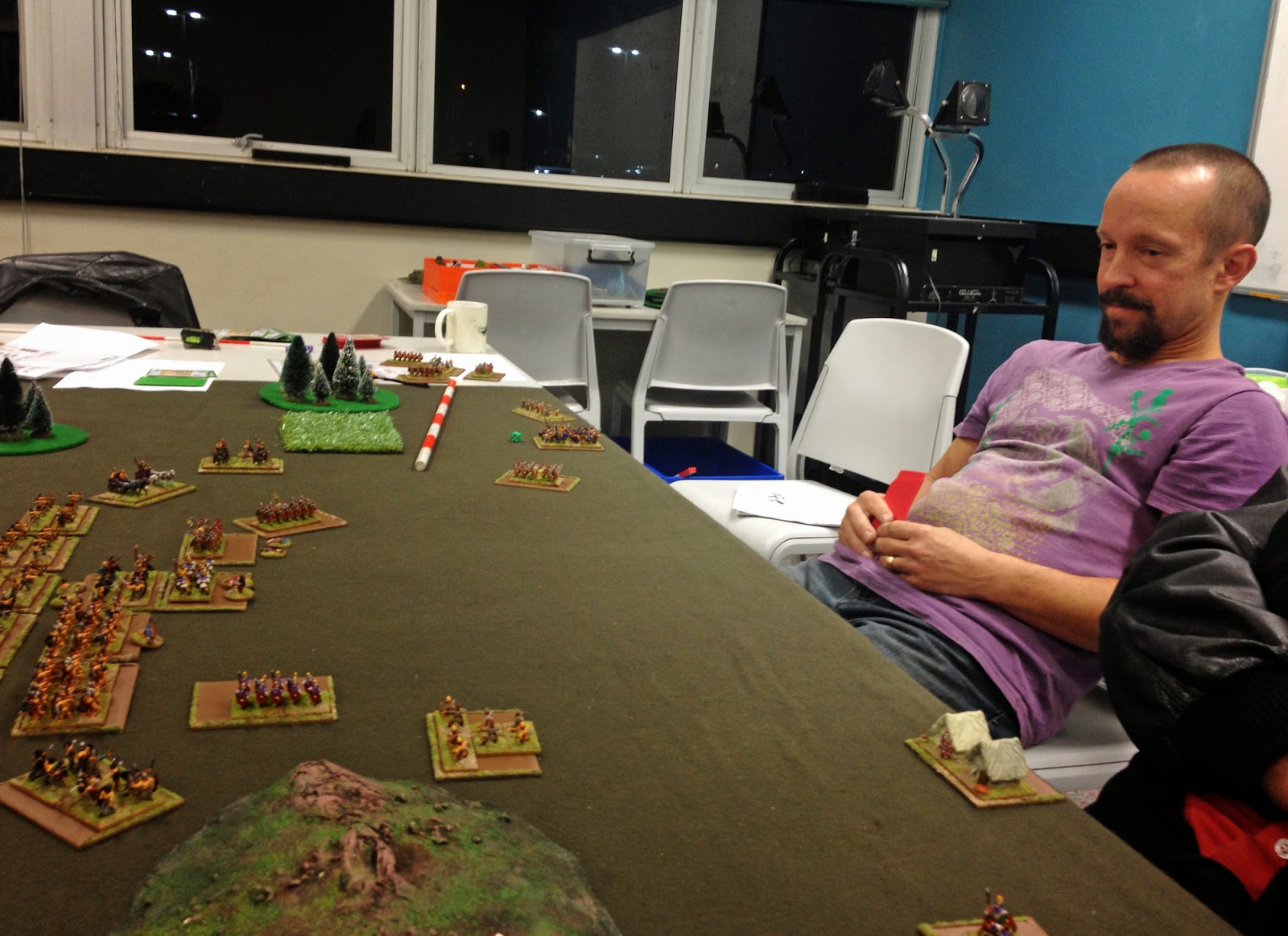 The game certainly looked interesting and played fairly quickly given that Caesar and Gary were having to look stuff up all of the time. There's some interesting mechanisms that add a bit of flavour and it's always good to see a game that goes to the very last turn with both players fighting to take one last victory point before the end..