We payed a small Longstreet scenario this evening - the Battle of Boonville (fought in Missouri, and not to be confused with the Battle of Booneville, fought a couple of weeks later in Mississippi). Although small, this was one of the first significant land actions of the war.

We played it through twice. In the first game I took the defending Confederates, whilst Ralph took the Union. 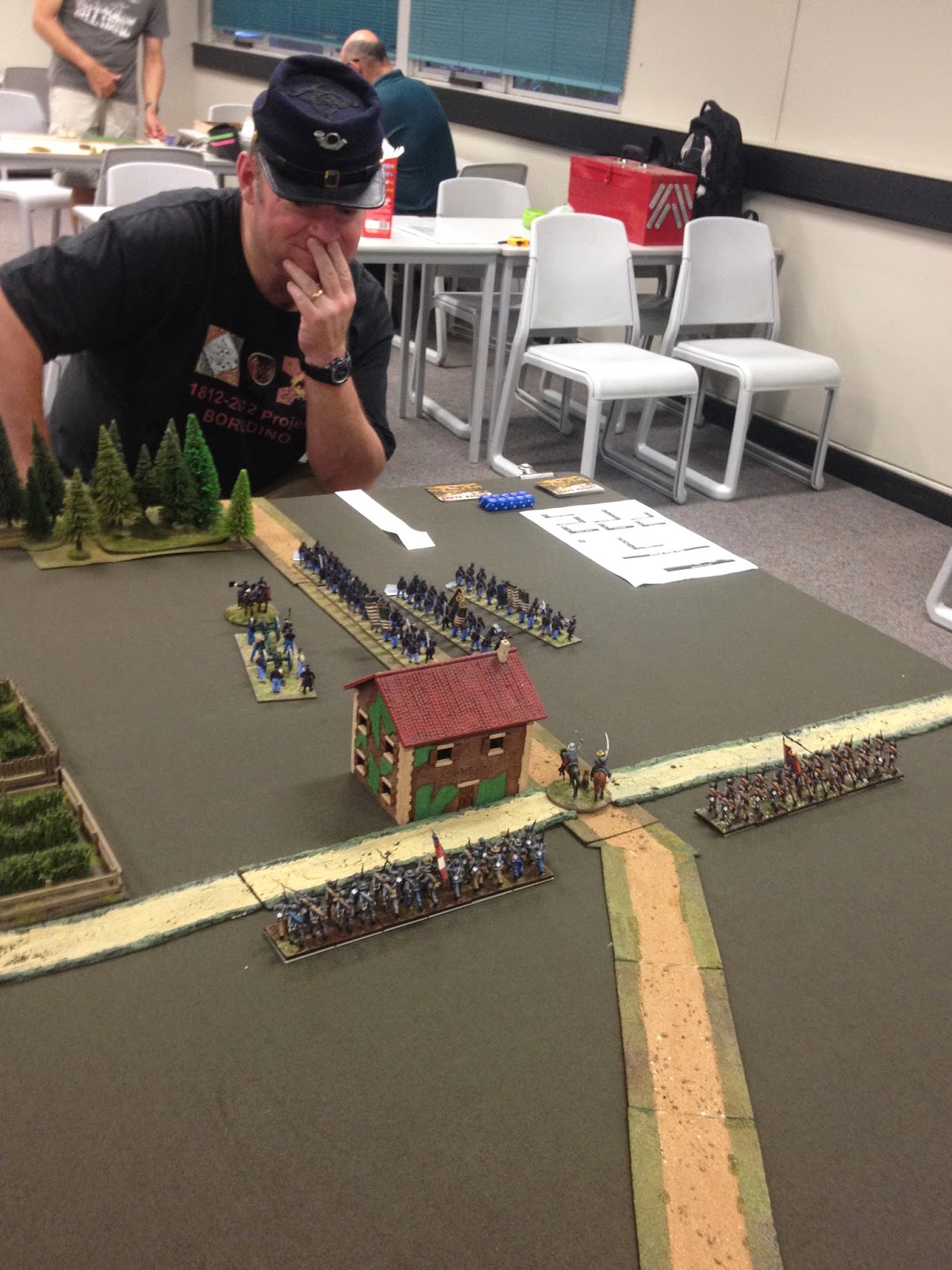 The Union columns march into battle. 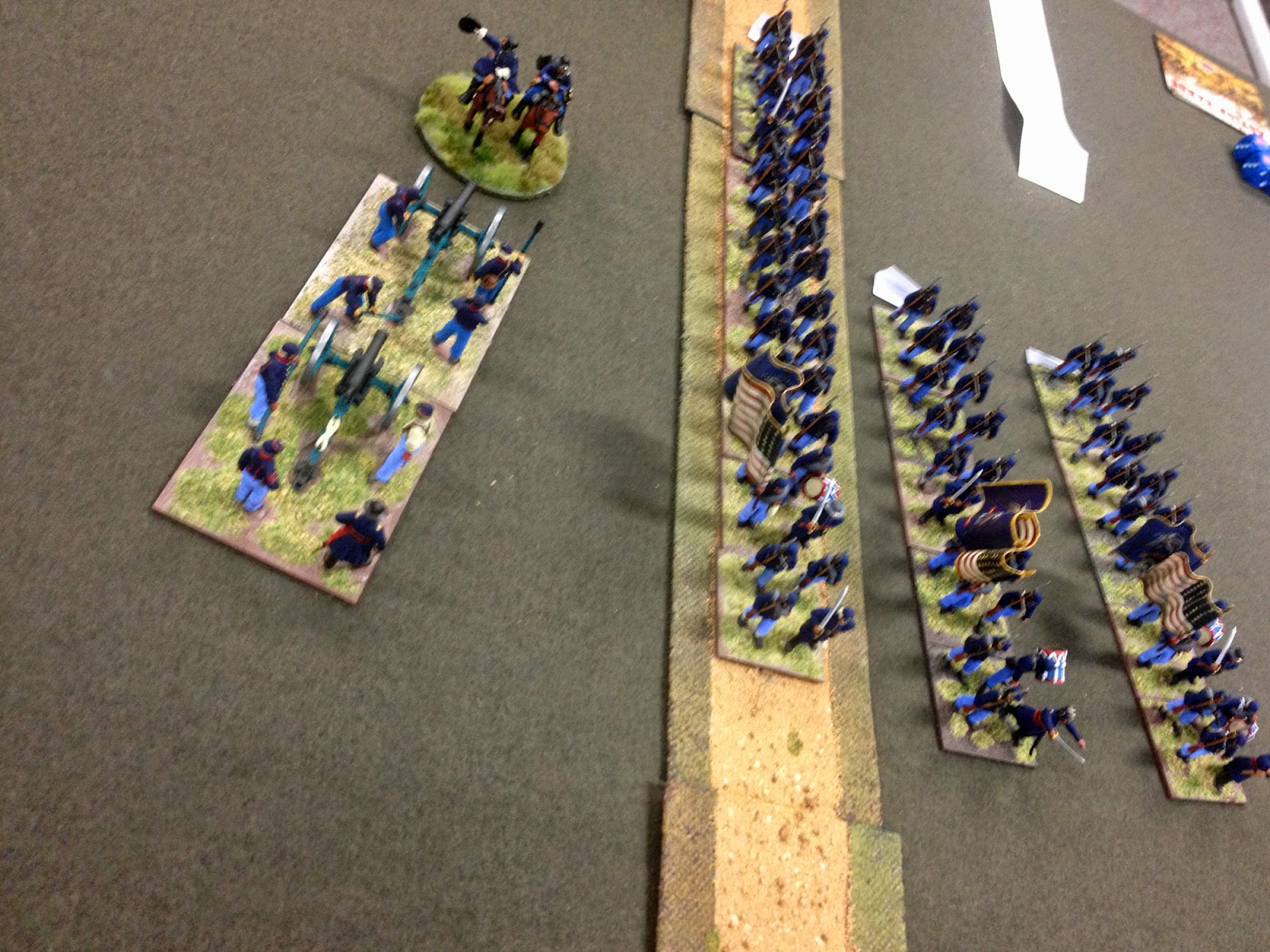 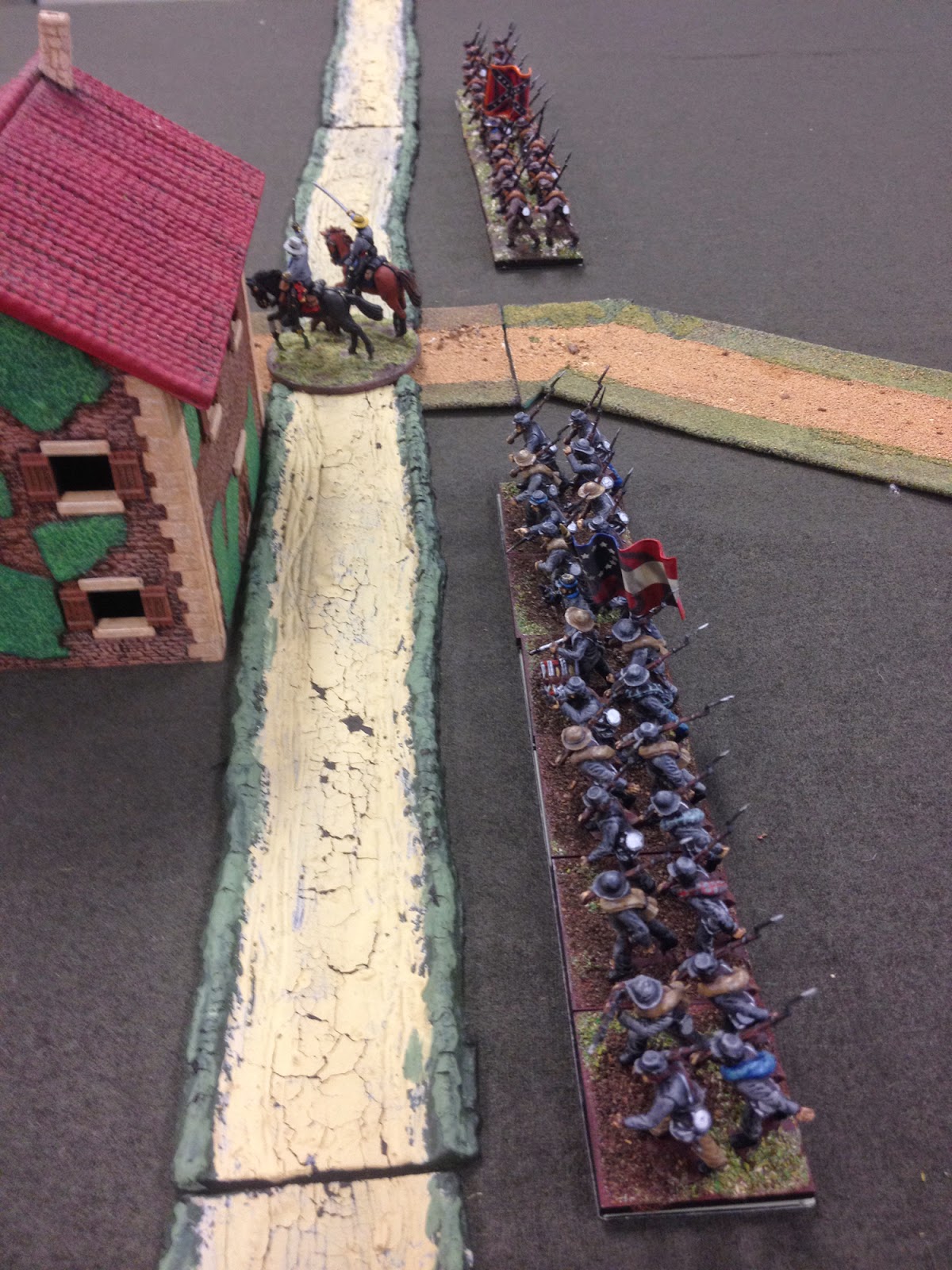 As the Union stumble into an unmapped patch of rocky ground, the Confederates fire their first volley. Caesar (umpiring) forgot the cotton-wool, so we used torn-up tissues as smoke. 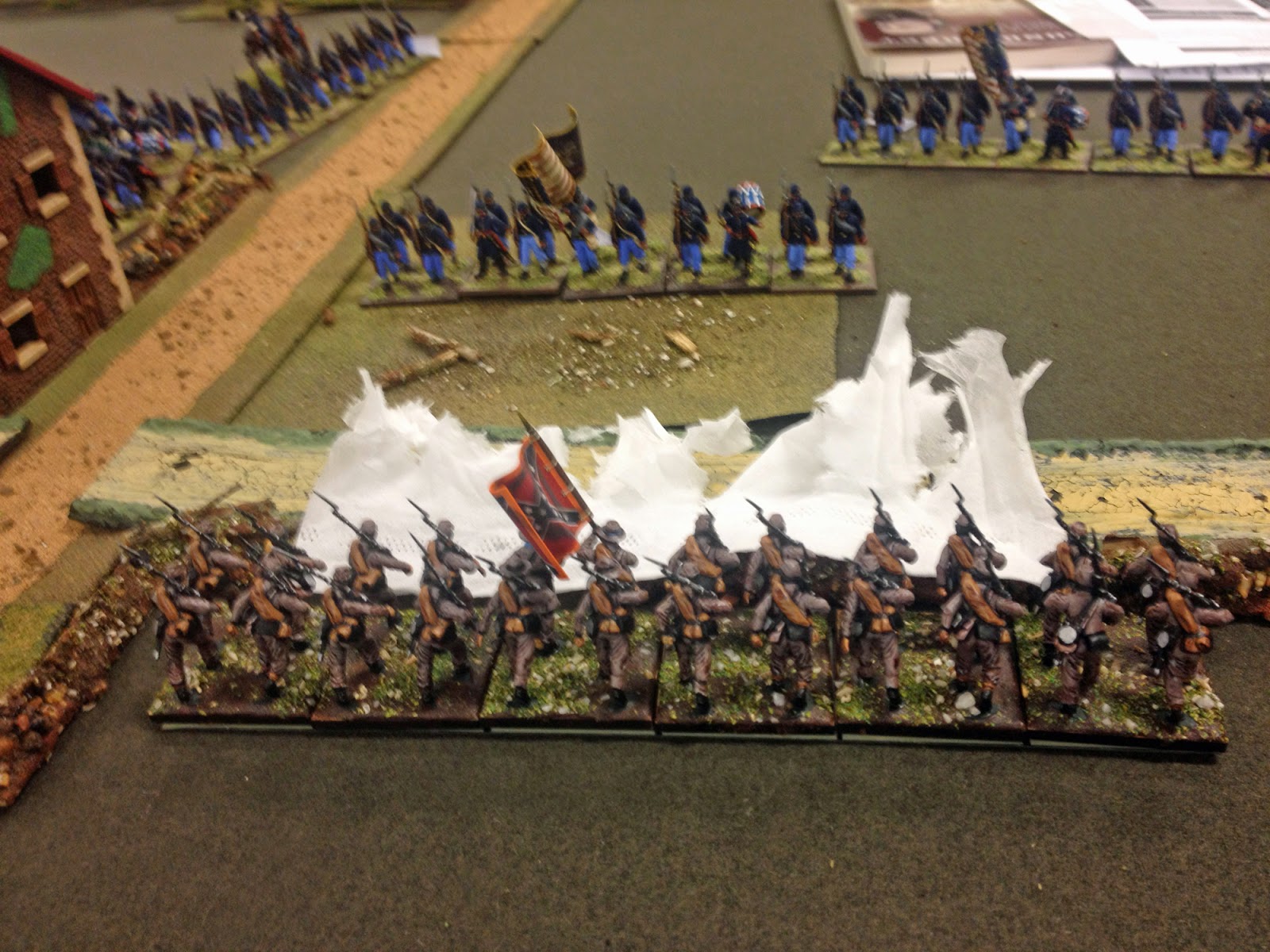 The Union continue to push forward under fire, and a second unit comes up in support. 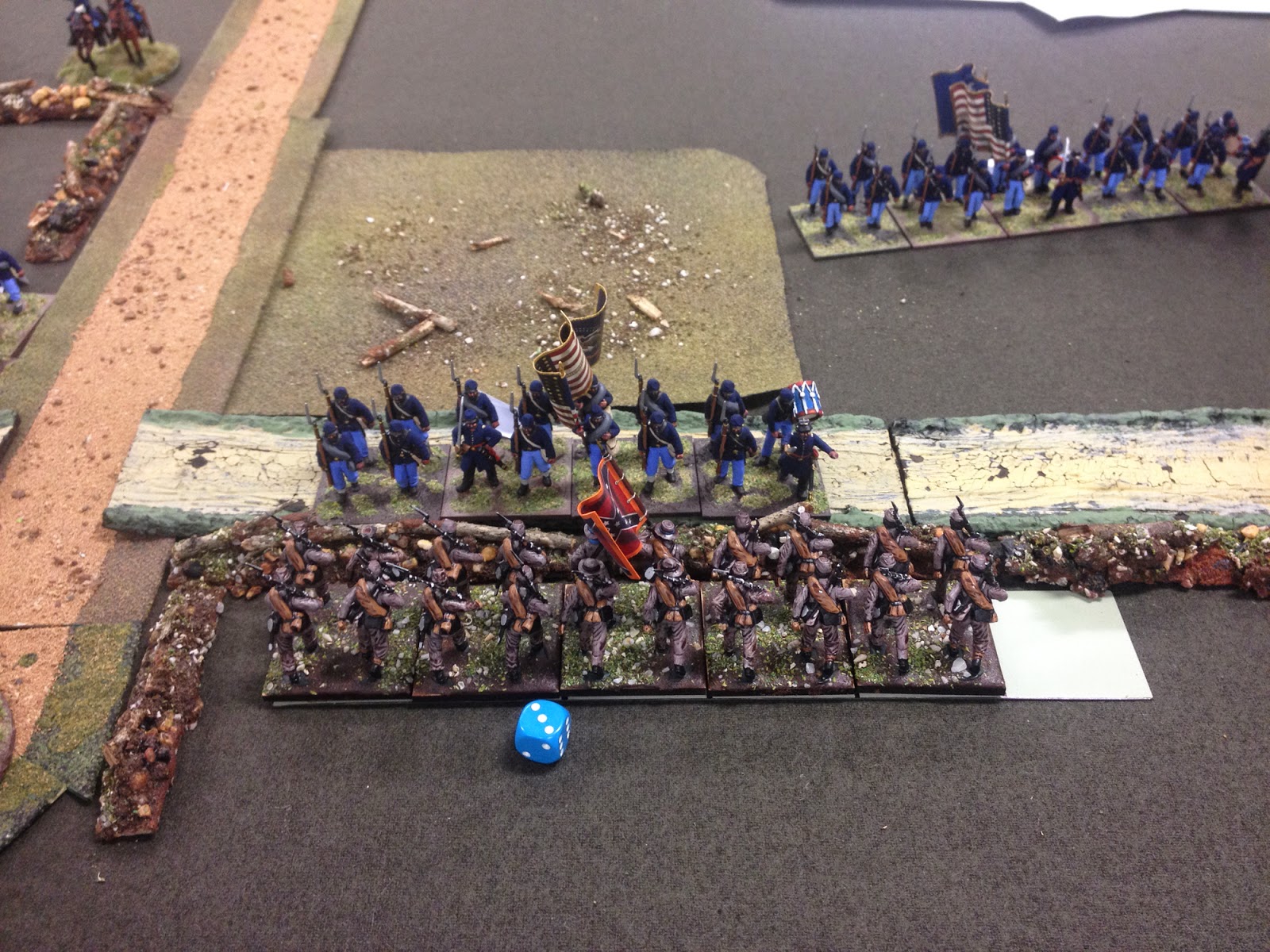 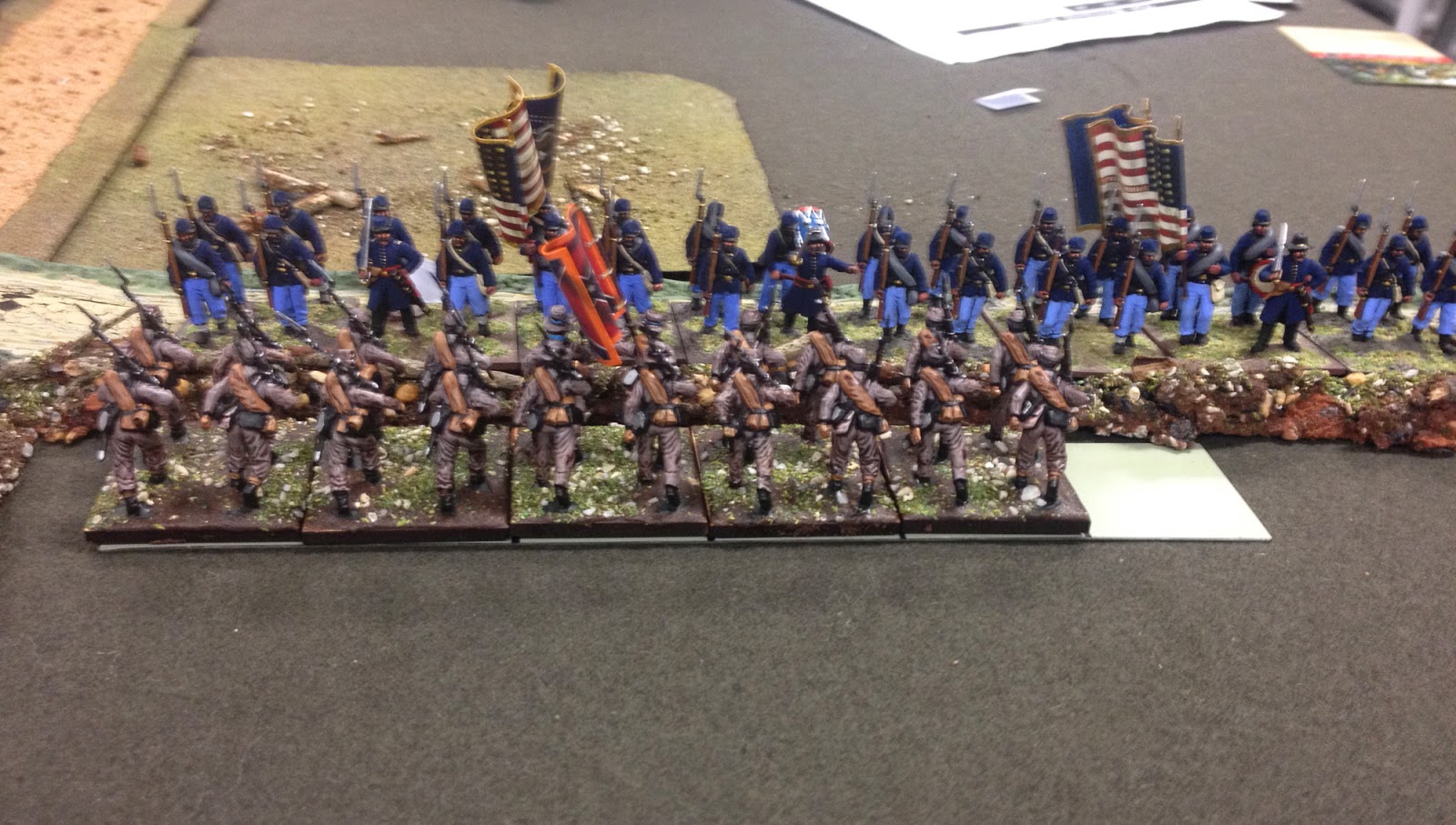 The Confederates held and the casualties they had inflicted on the Union force (including a firefight on the other flank) were sufficient to cause the Union commander to order a retreat.

In the second game Ralph took the Union again, and Caesar the Confederates. A confused Confederate unit left the cover of a fence to engage the advancing Union army more directly. 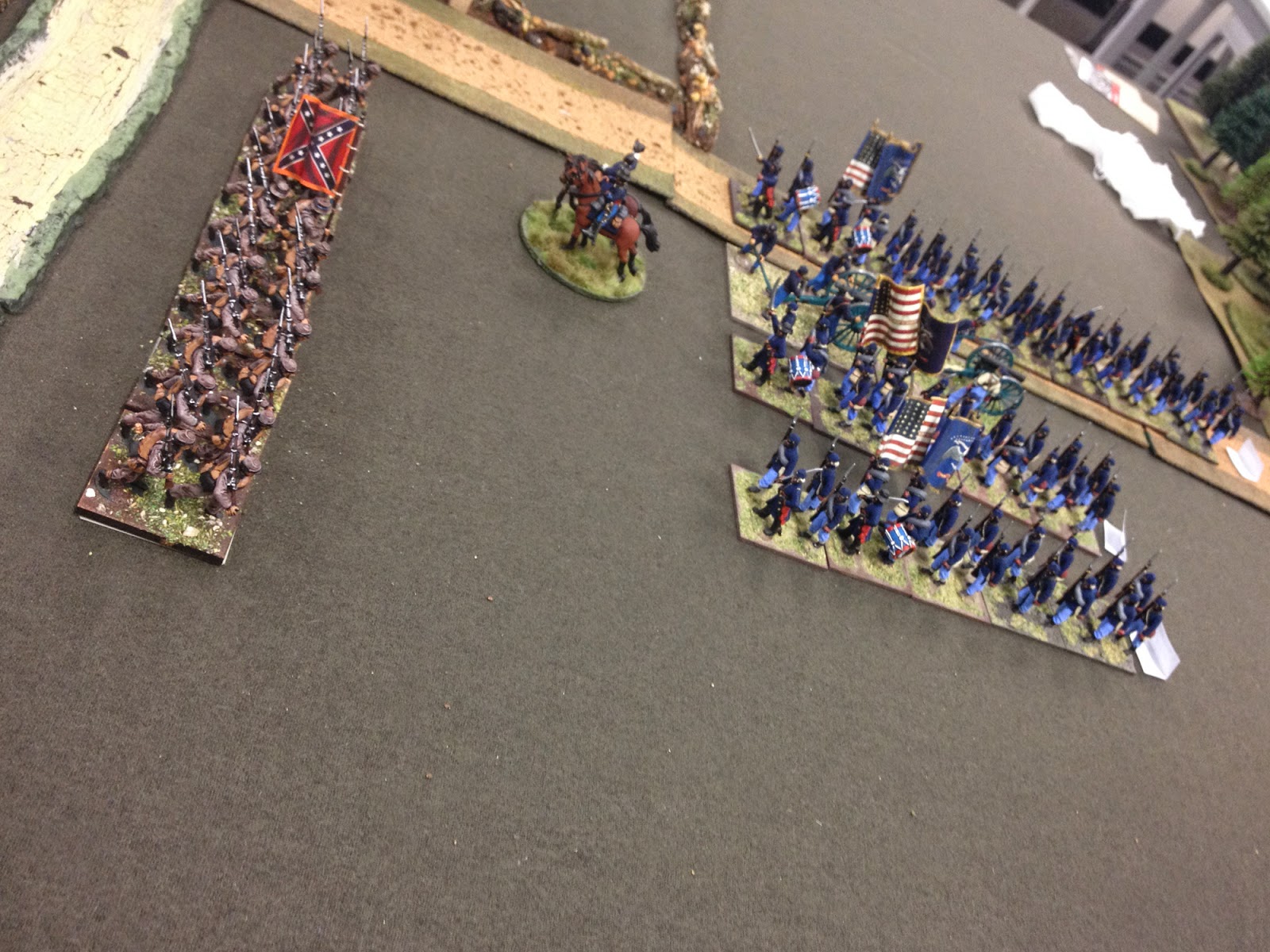 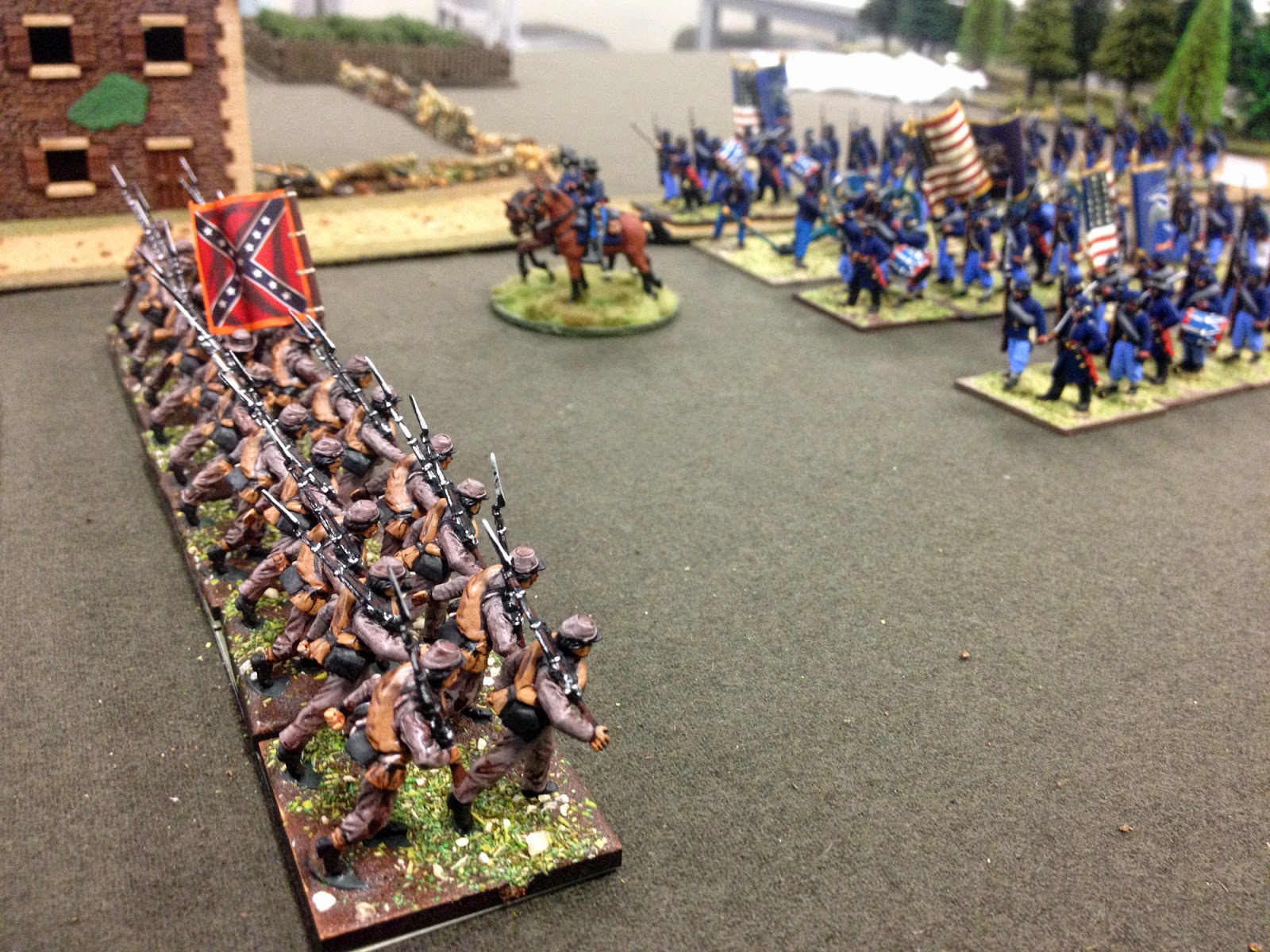 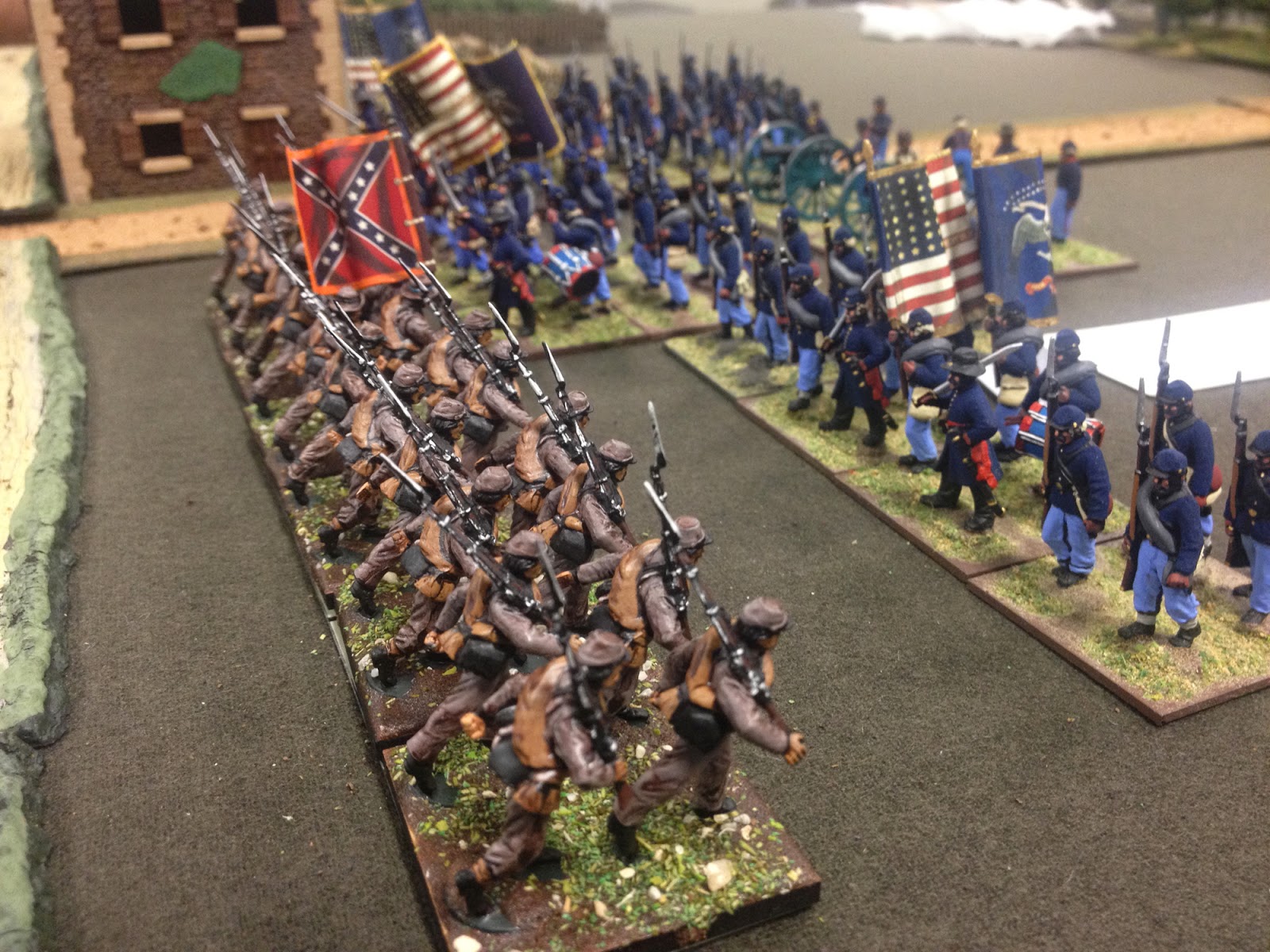 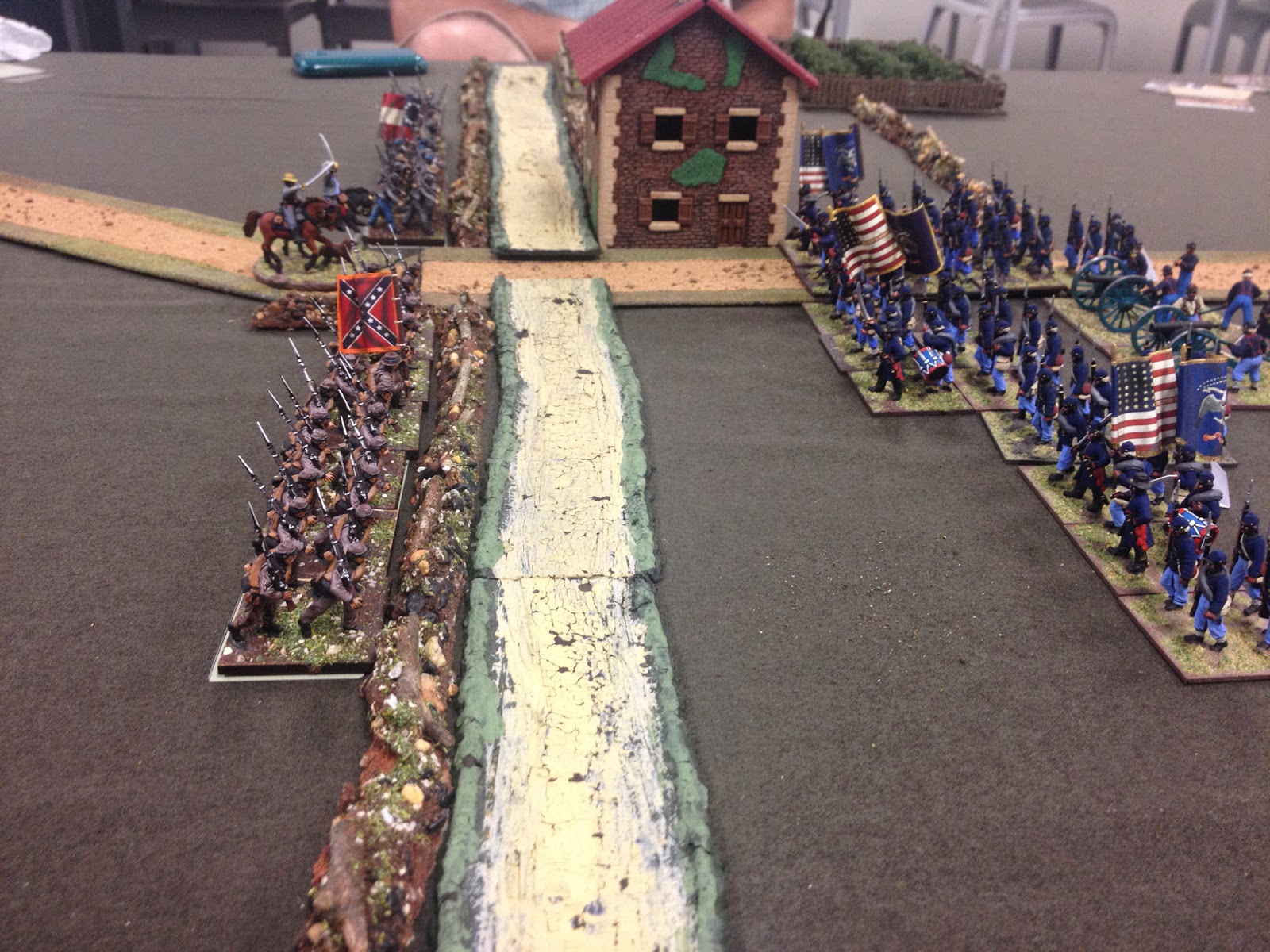 Confederate cavalry. Didn't do anything. 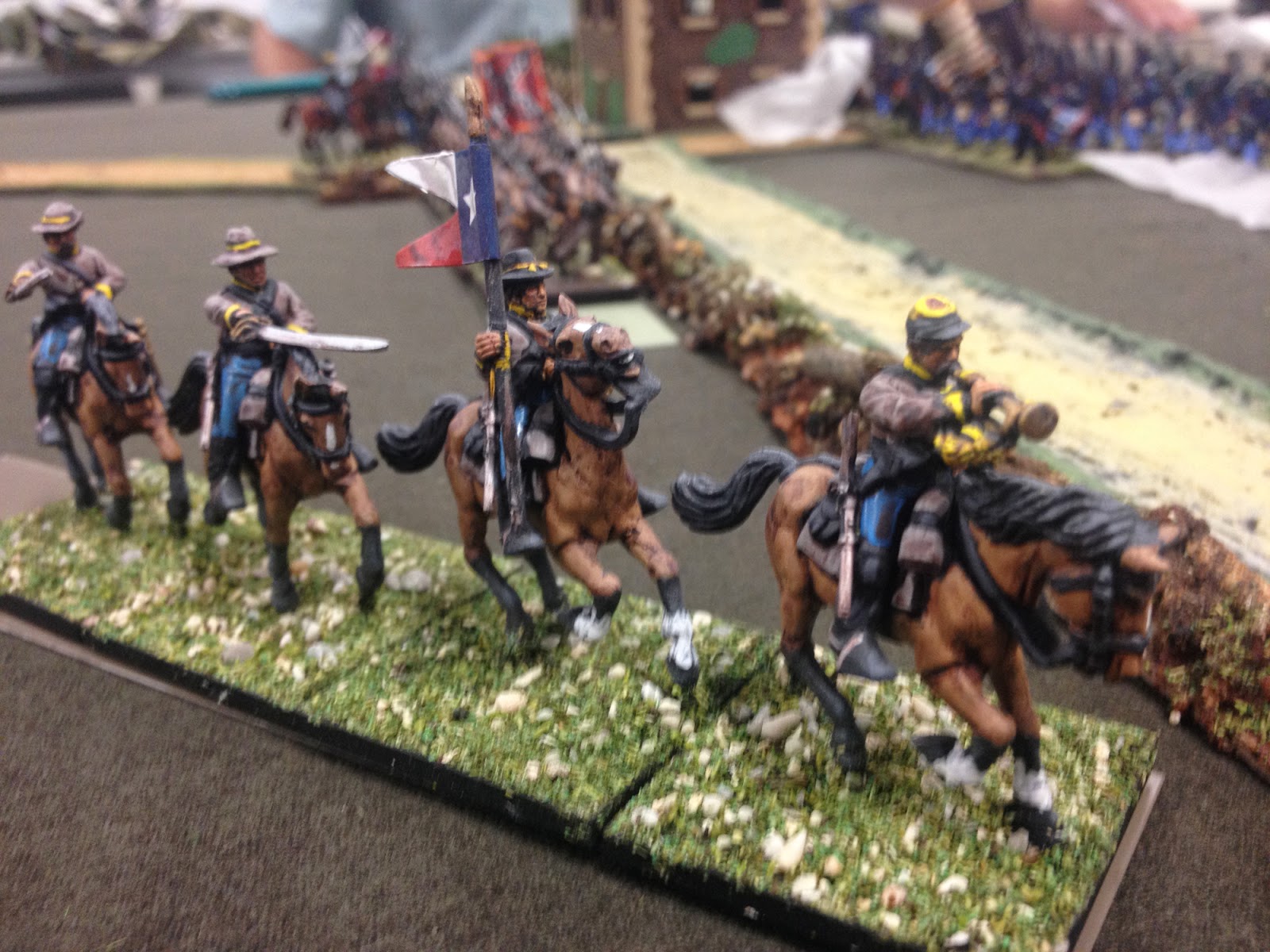 The Union attacked again and the Confederates retreated again. 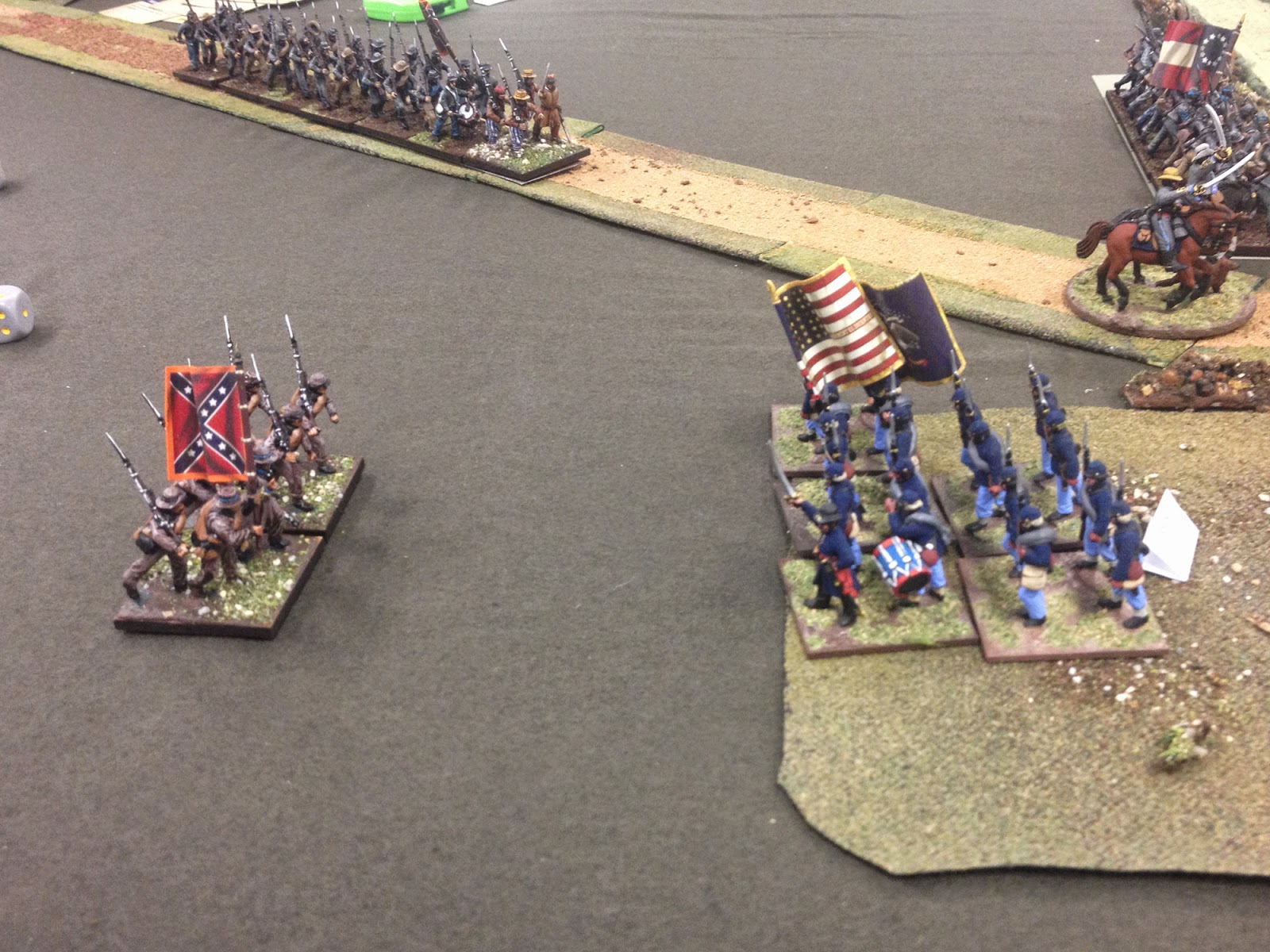 A Confederate unit broke, and with it the morale of the army. The second game was a Union victory. 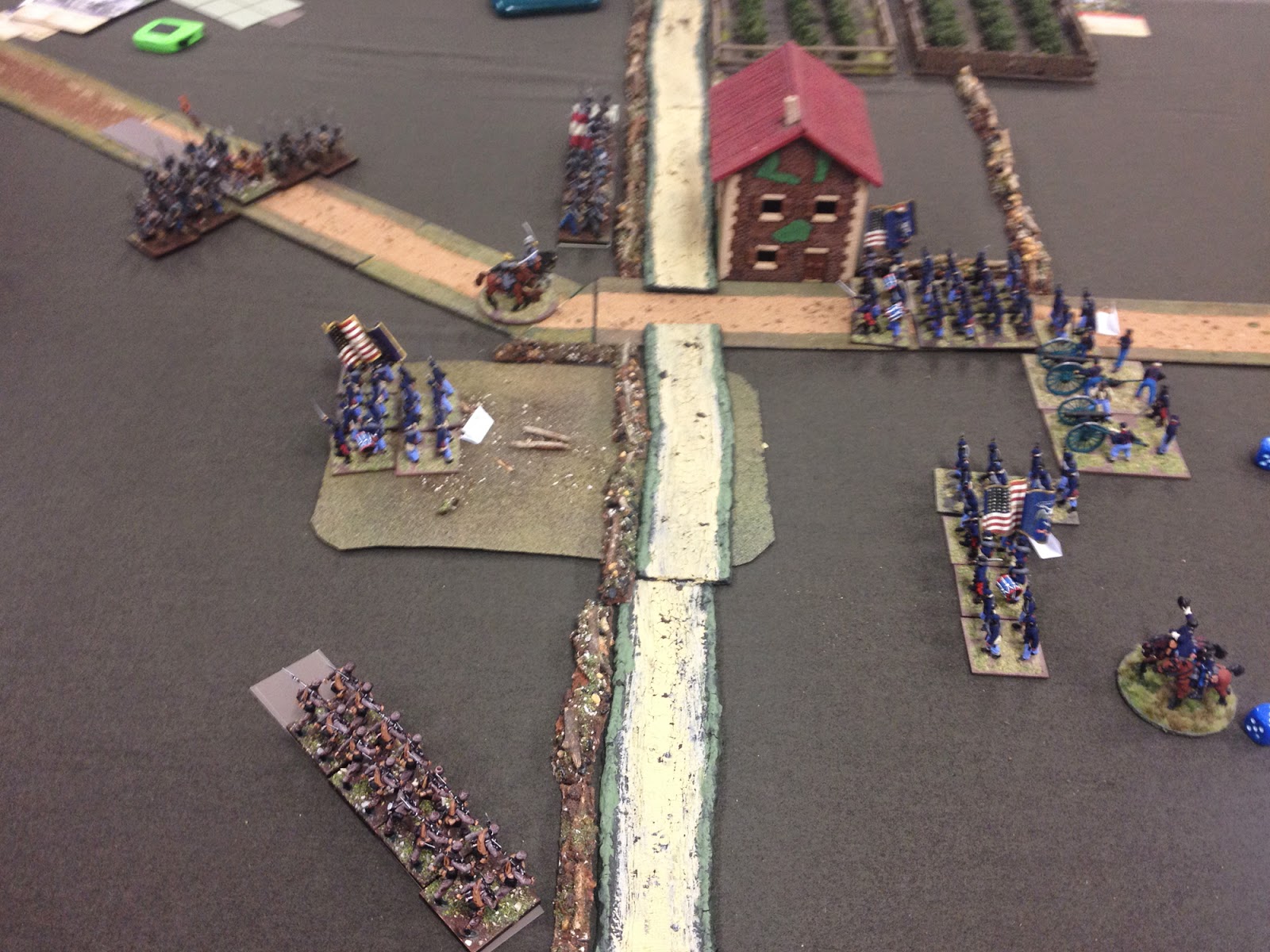 This was a fun and very quick, scenario, although the balance was suspect, with the Confederates ensconced behind a network of fences that gave them a bit of an edge when it came to close combat, plus in position of a deck that favoured them in terms of cards that could totally bugger up the opponent's plans. Great to see Ralph playing a battle set in the Trans-Mississippi theatre though. 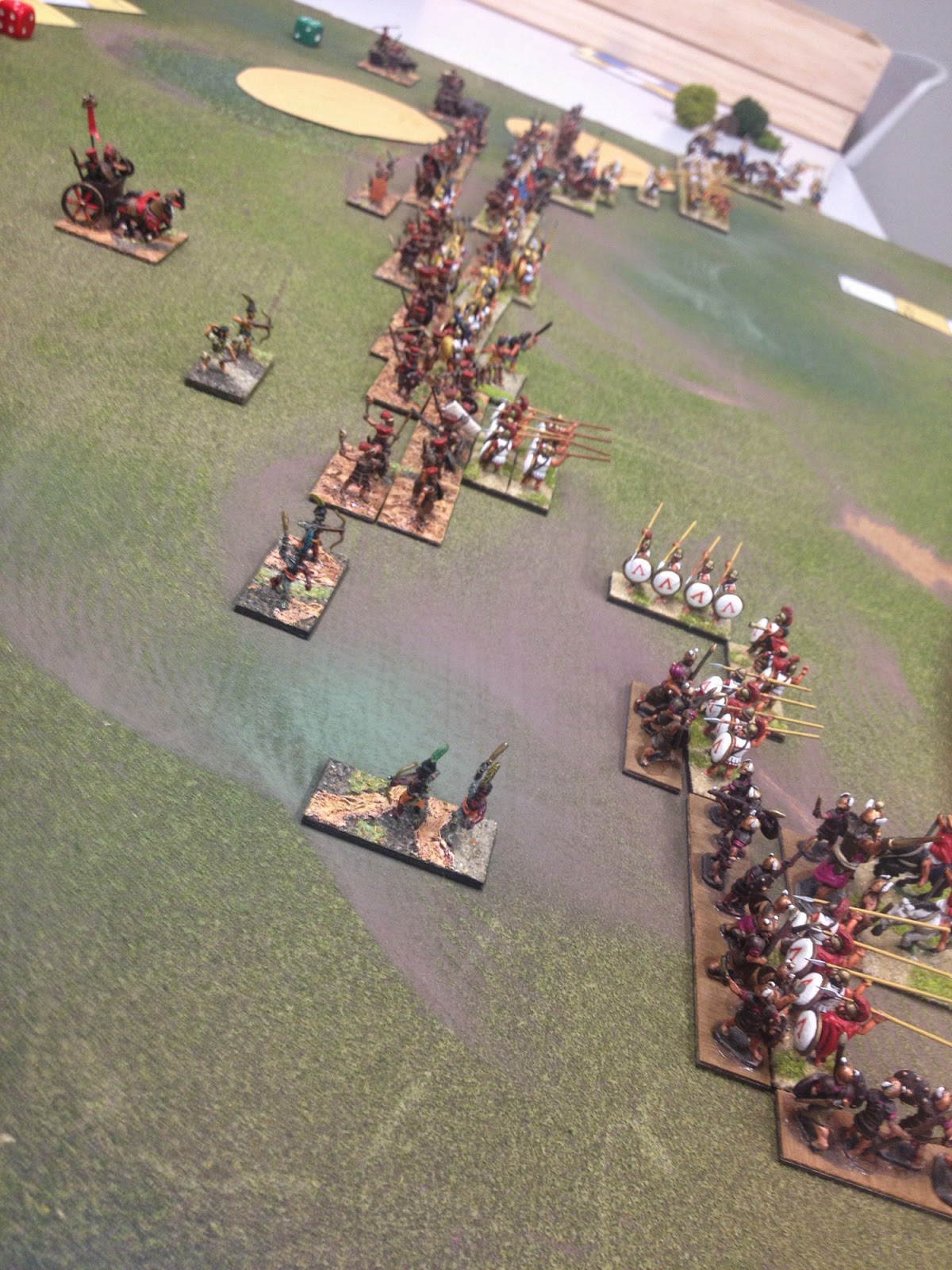 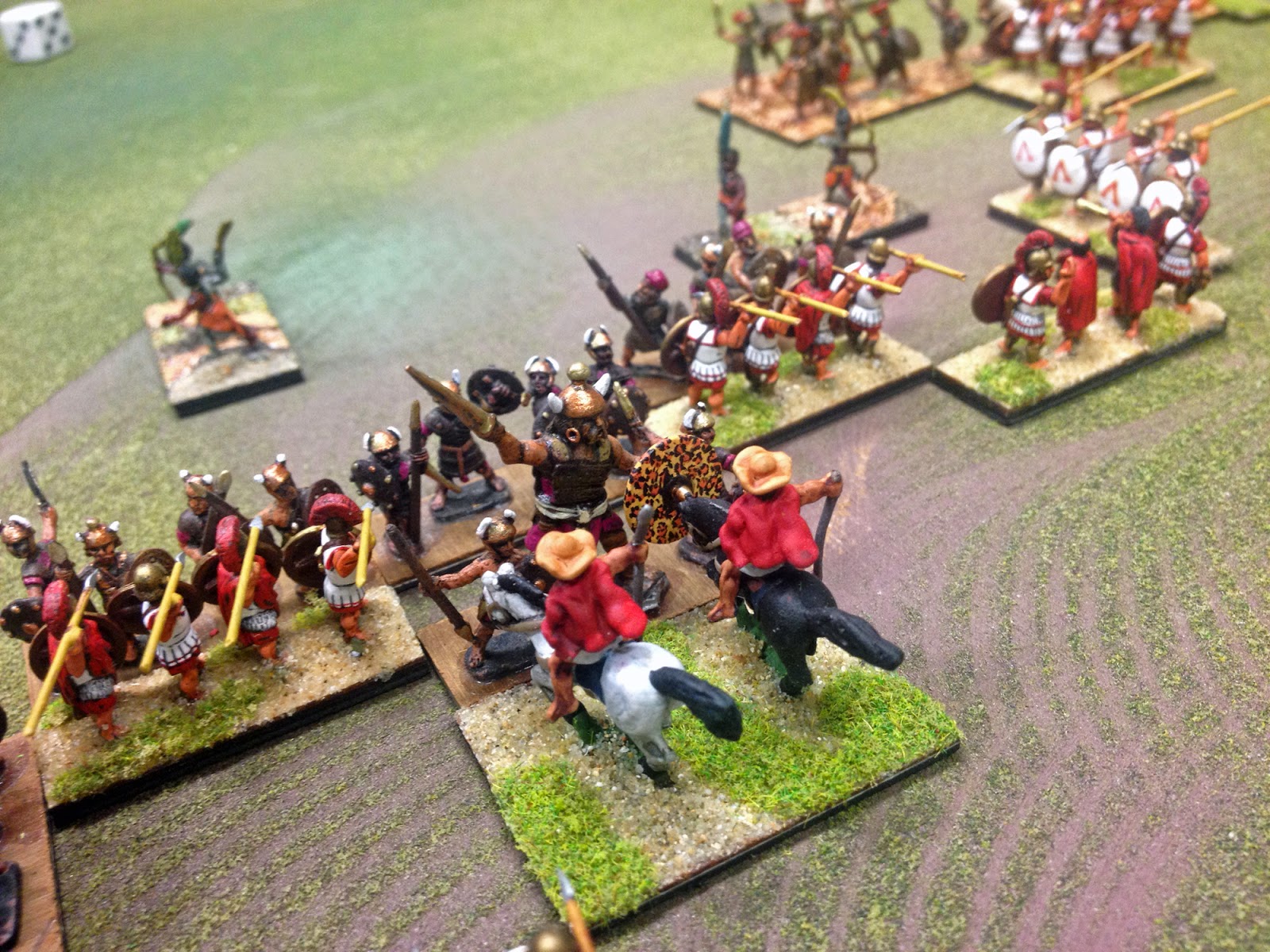