I tried a couple of games of Epic 40K HOTT last night, using 36AP on a 2' x 2'  board. They were both excellent games, showing that 36AP is a very viable alternative to the (admittedly quicker) 24AP version.

I only had two armies with me - Squats and Khorne (Chaos). In both games I played the Squats. 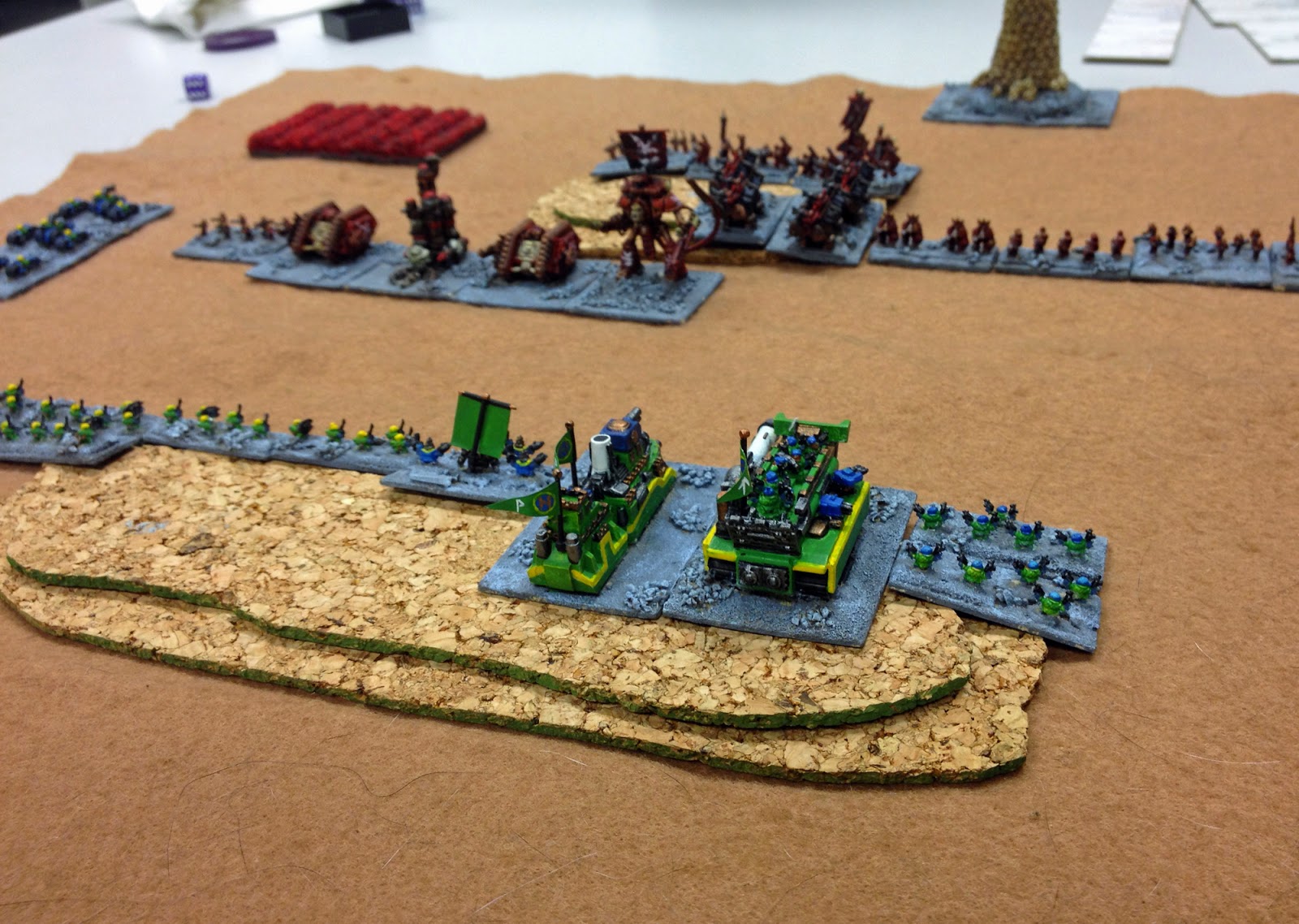 Caesar took the forces of Chaos in the first game. 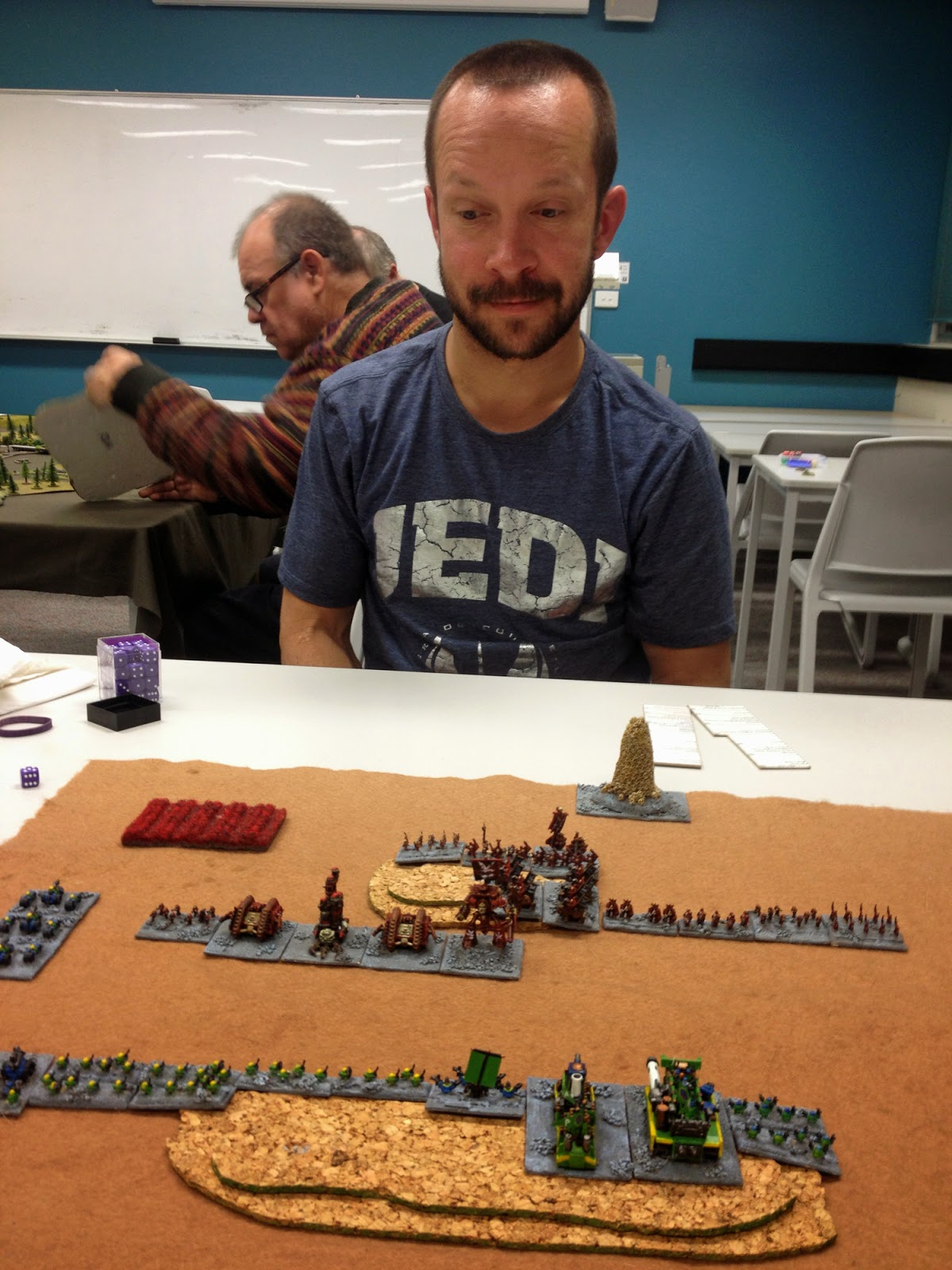 We both had a couple of Behemoths, of course. 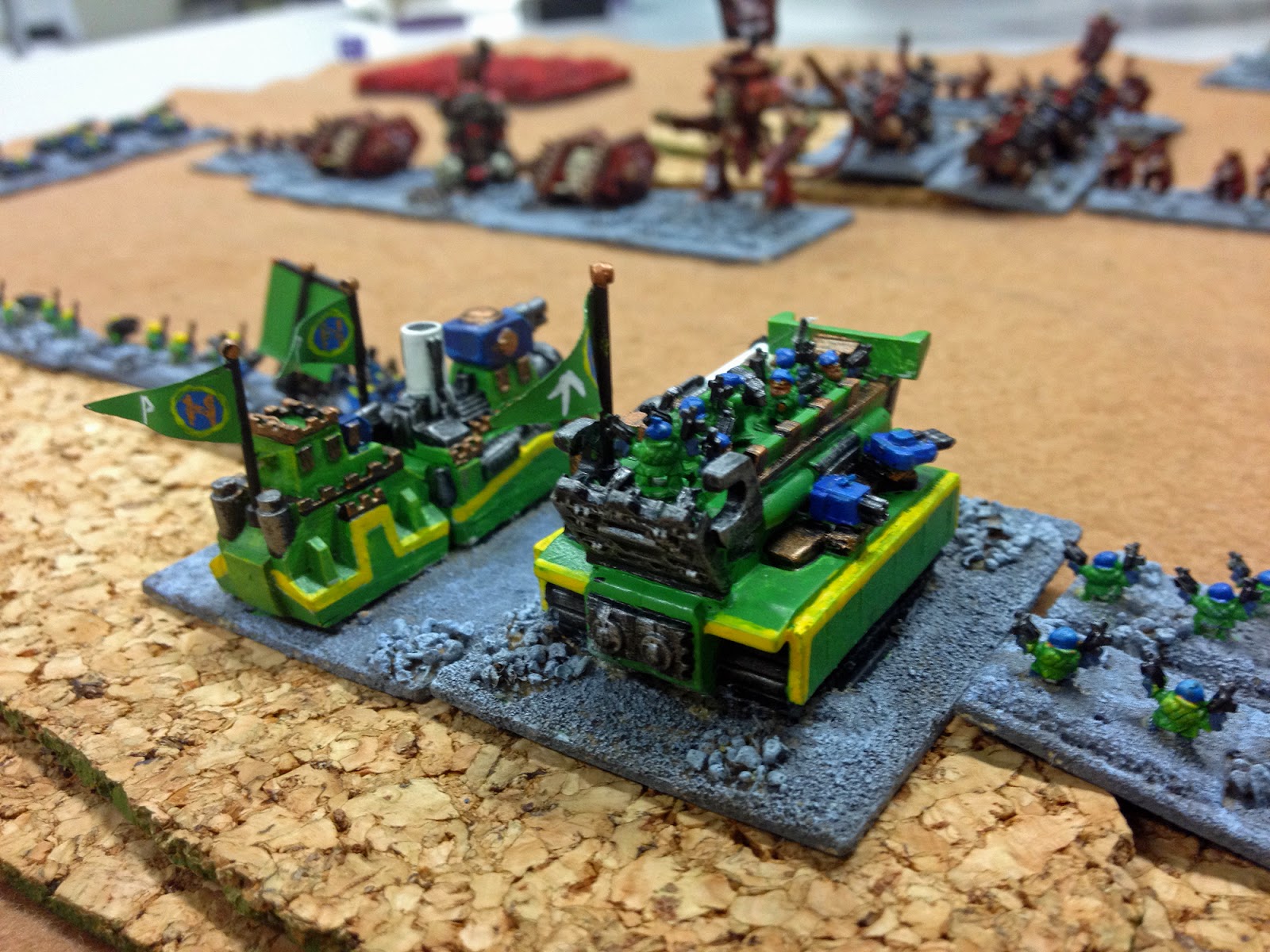 I tried to flank Caesar's army with my bikes and trikes. 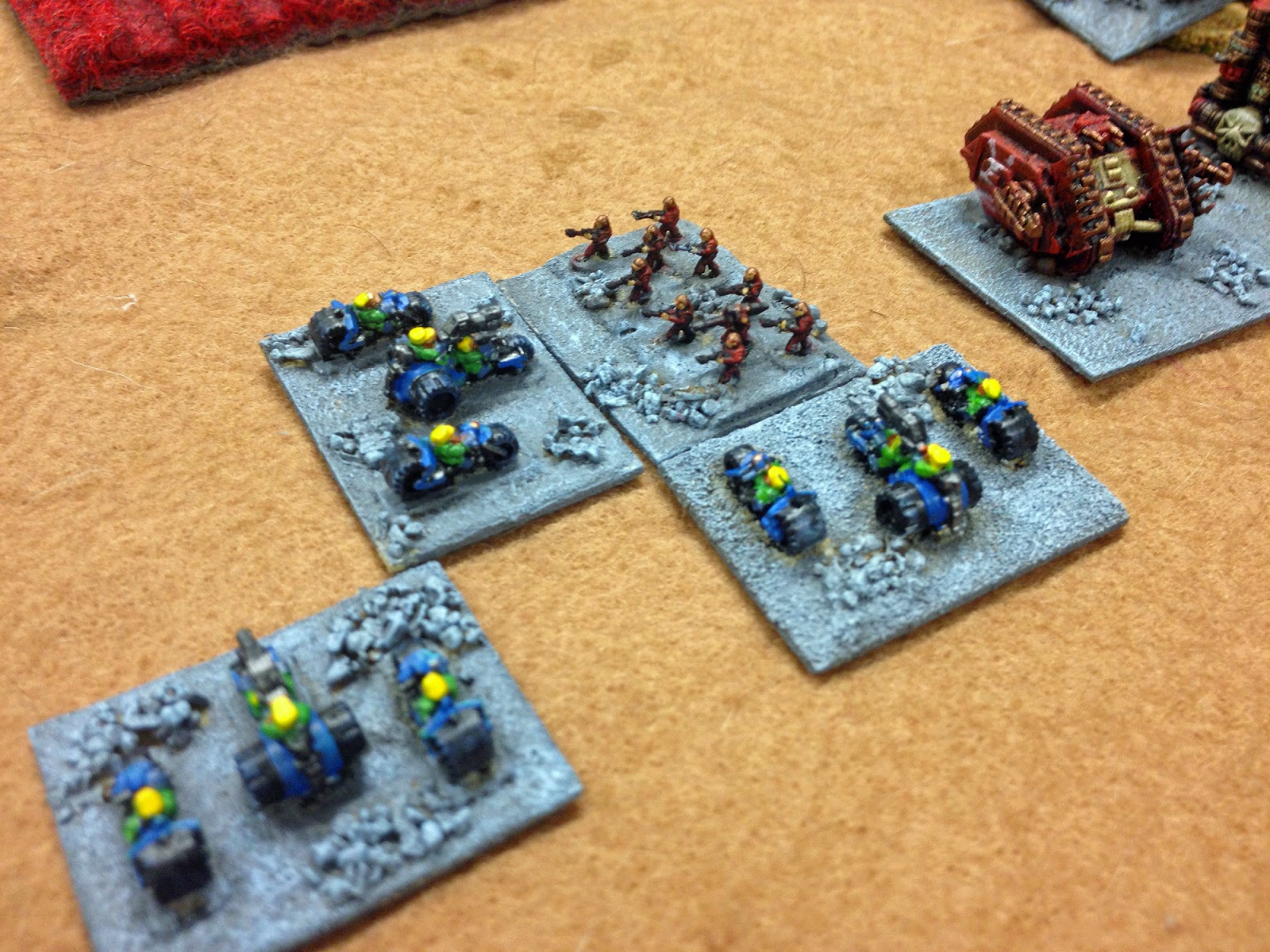 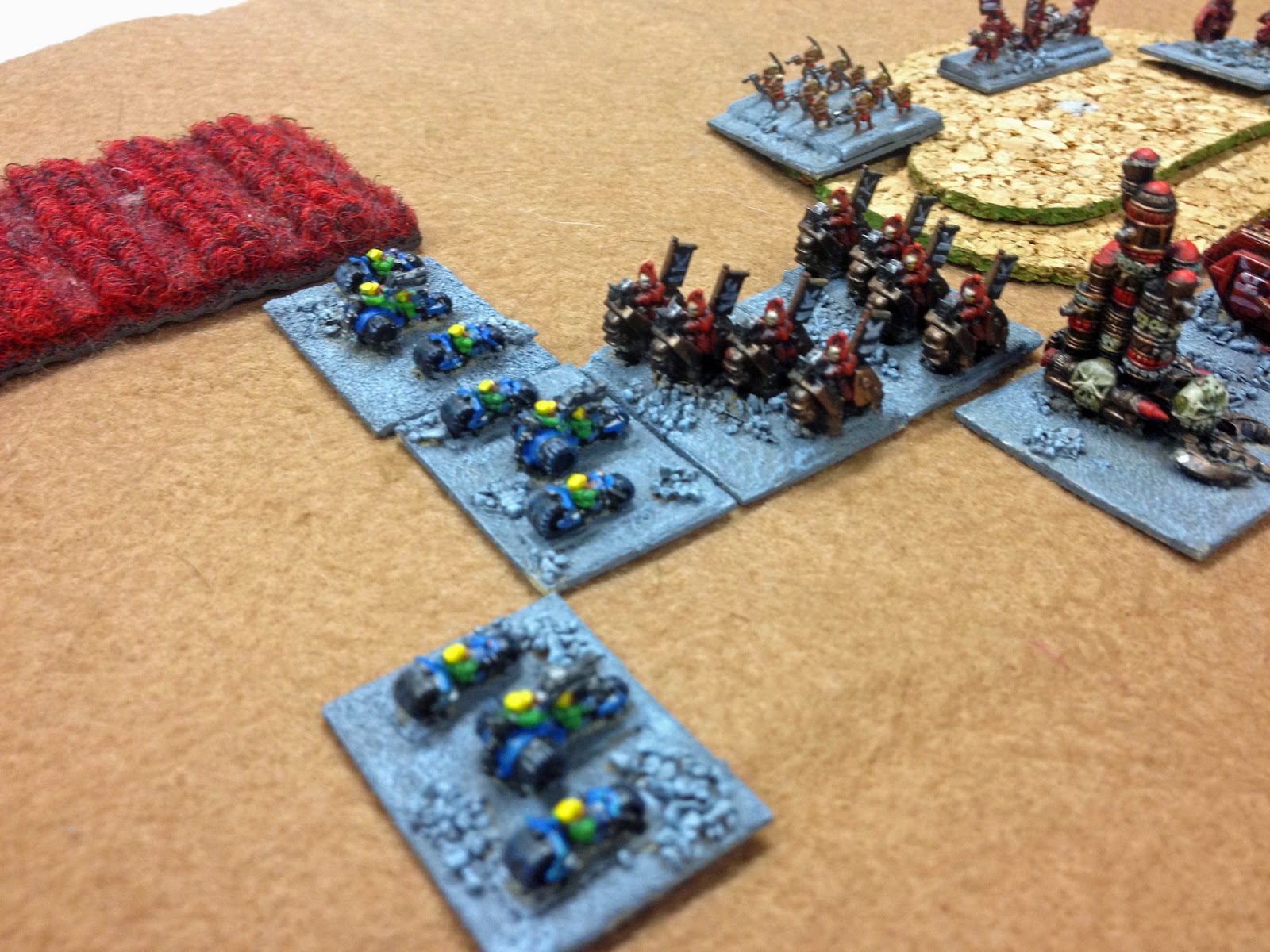 Meanwhile the Squat warriors (Blades) got stuck into everything that was in front of them, with varying degrees of success. 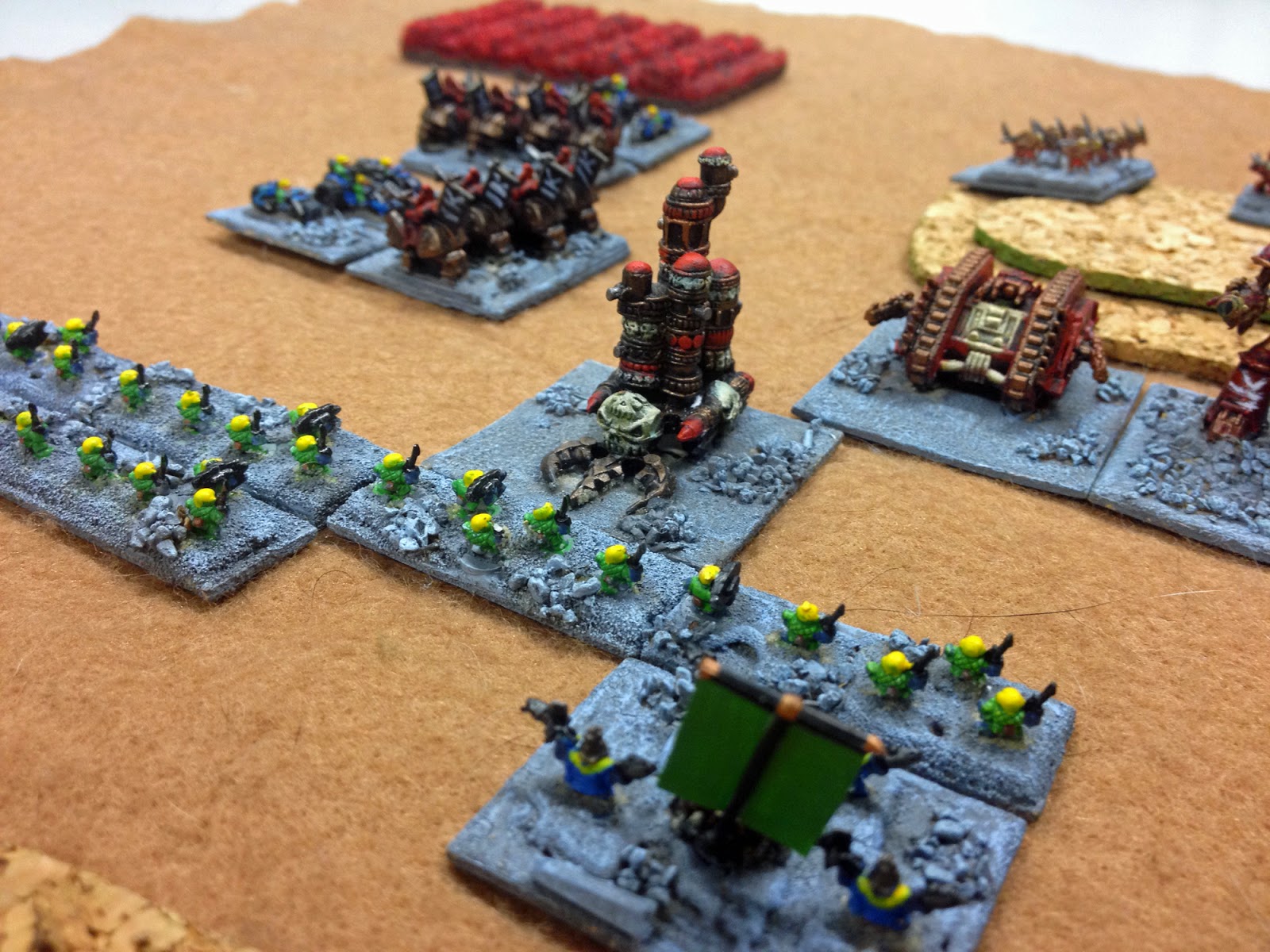 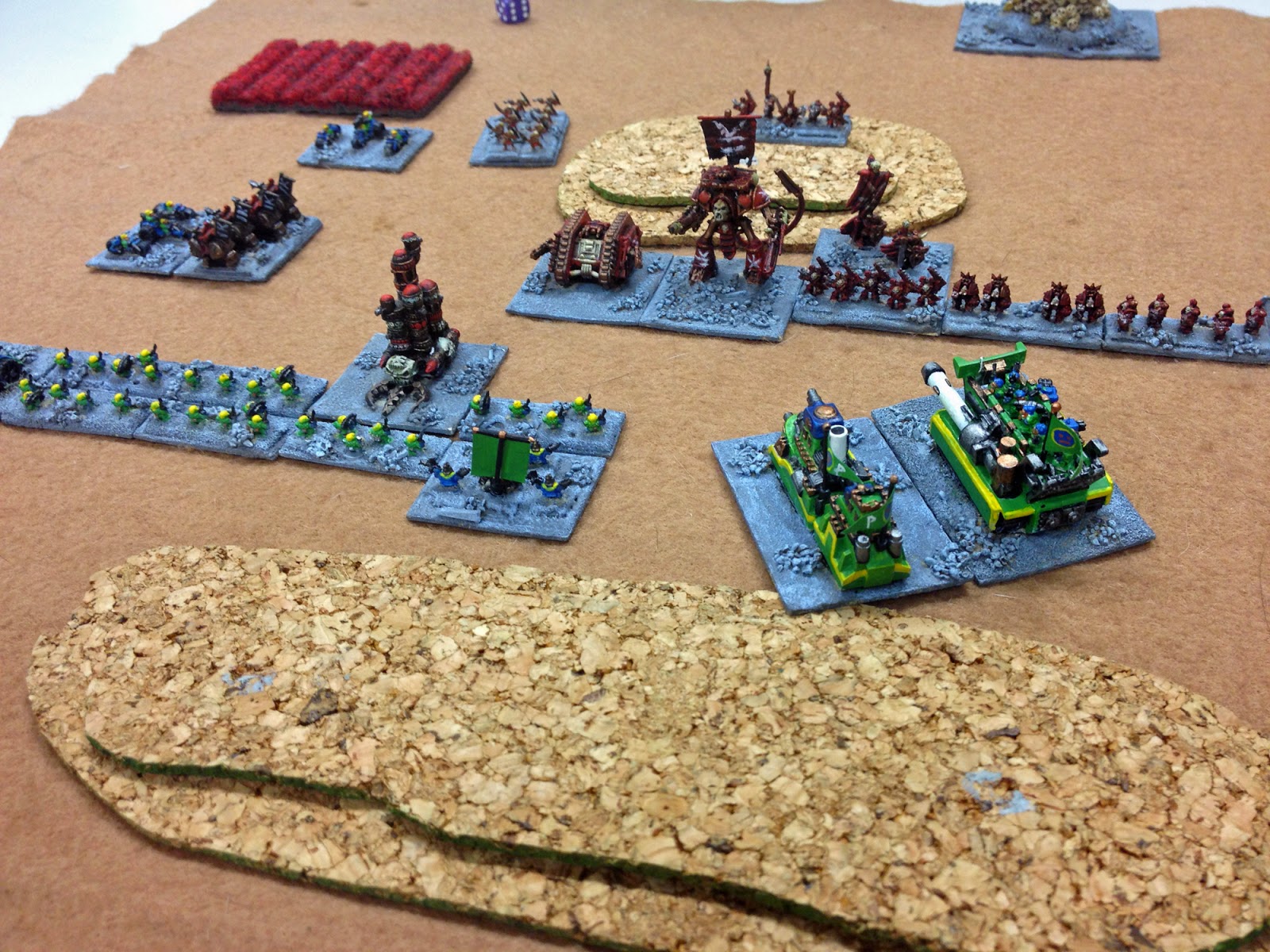 A Tower of Skulls broke through the Squat lines and put the Squat general under serious pressure. 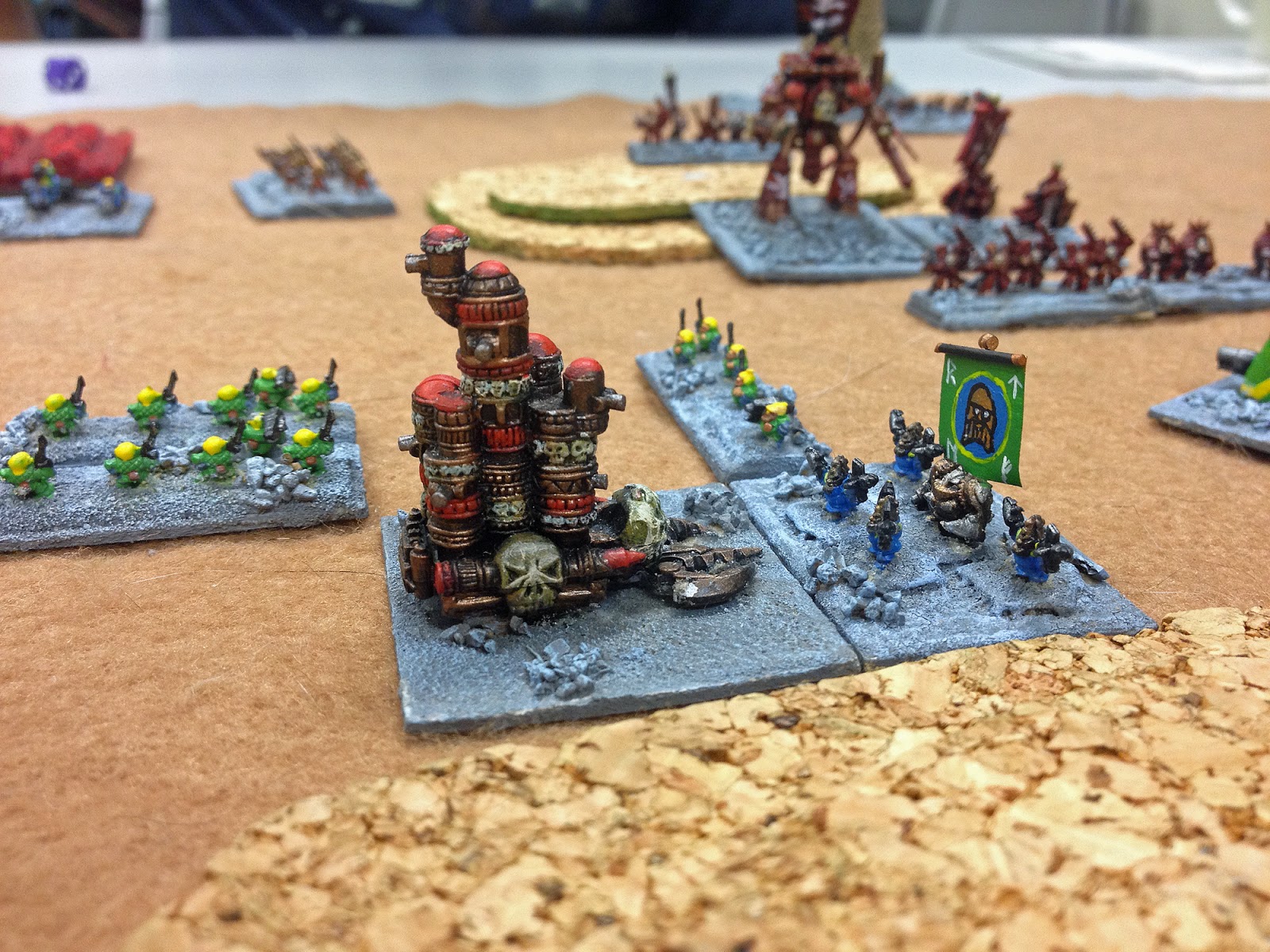 Another Chaos war-machine joined the fight; this one housed the army's general. Unfortunately it got backed up against the Tower of Skulls, failed to recoil and was destroyed, breaking the Chaos army and giving the Squats the victory. 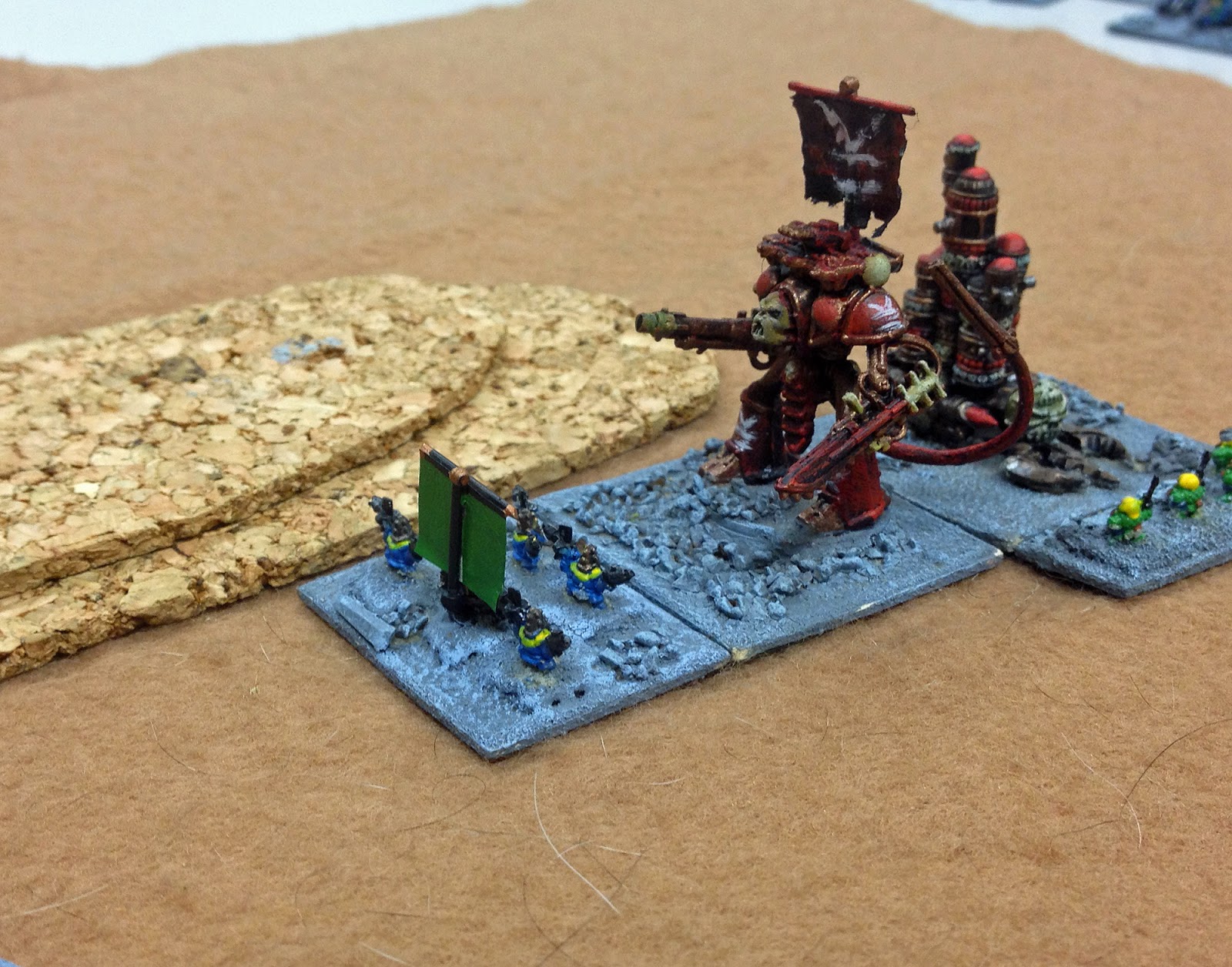 Dave played the Chaos army in the second game 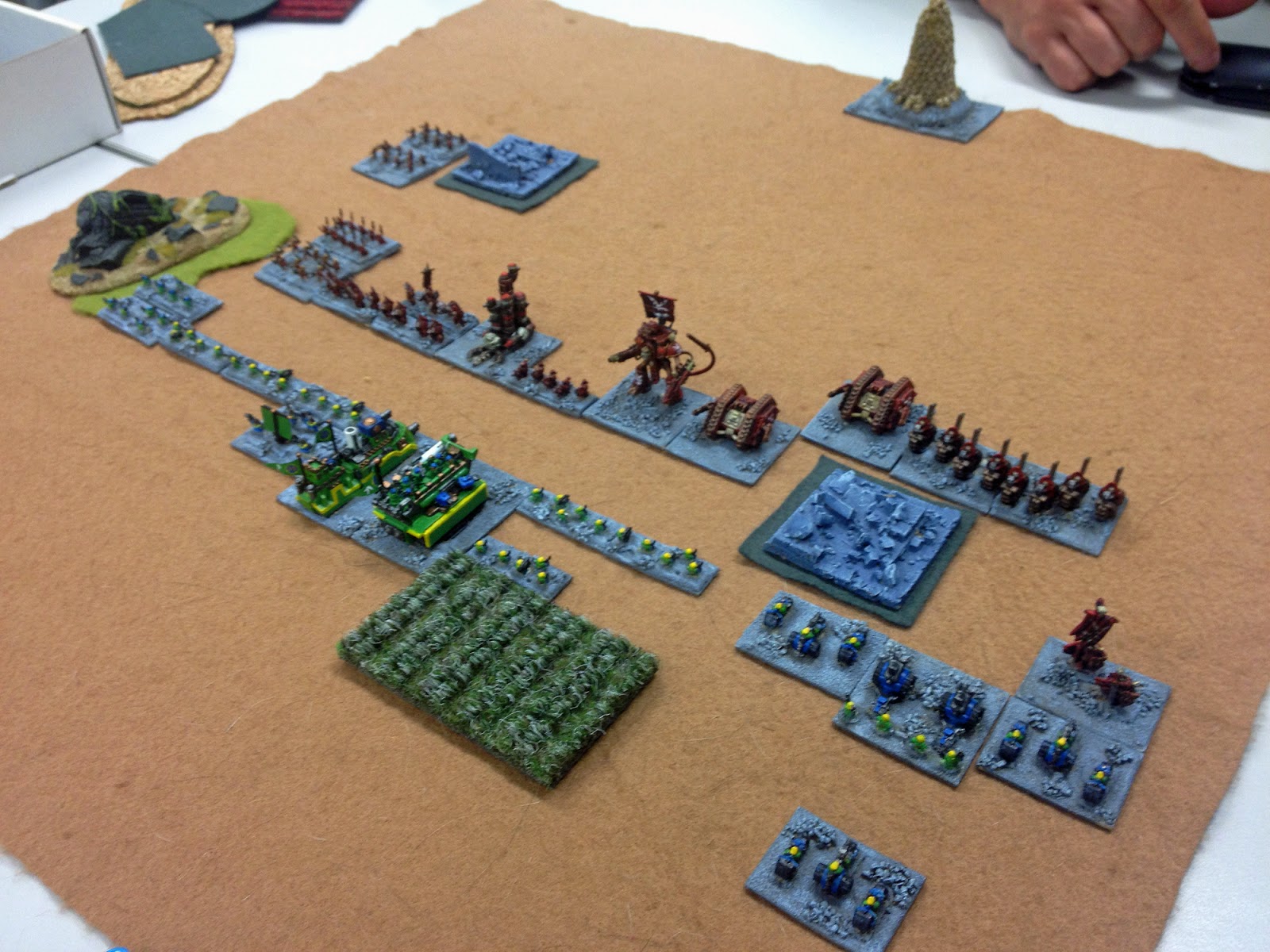 The armies got stuck into each other pretty quickly. 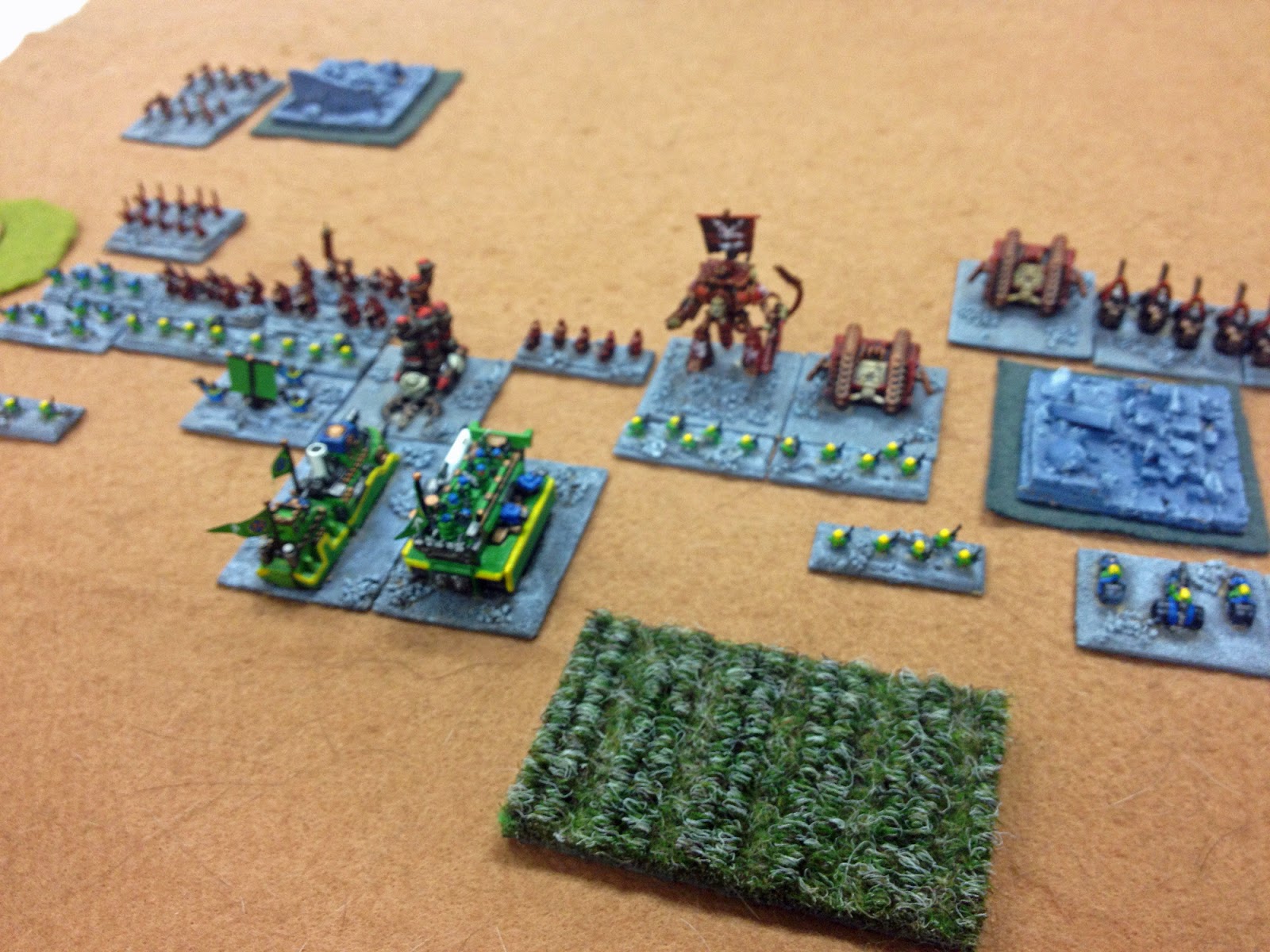 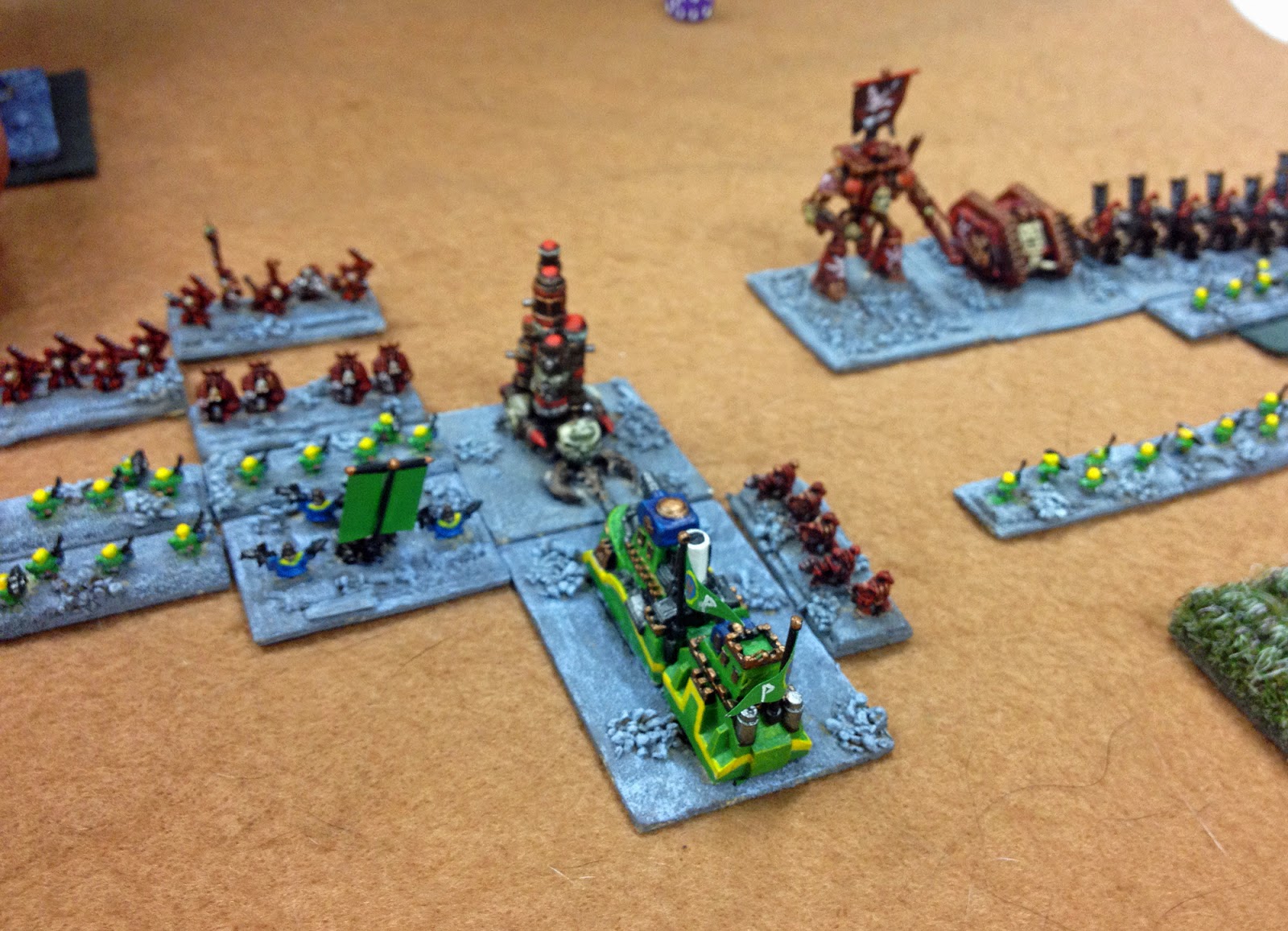 On the Squat right some artillery held off the advancing Chaos hordes, although it couldn't get a clear shot at the Chaos Champion himself. 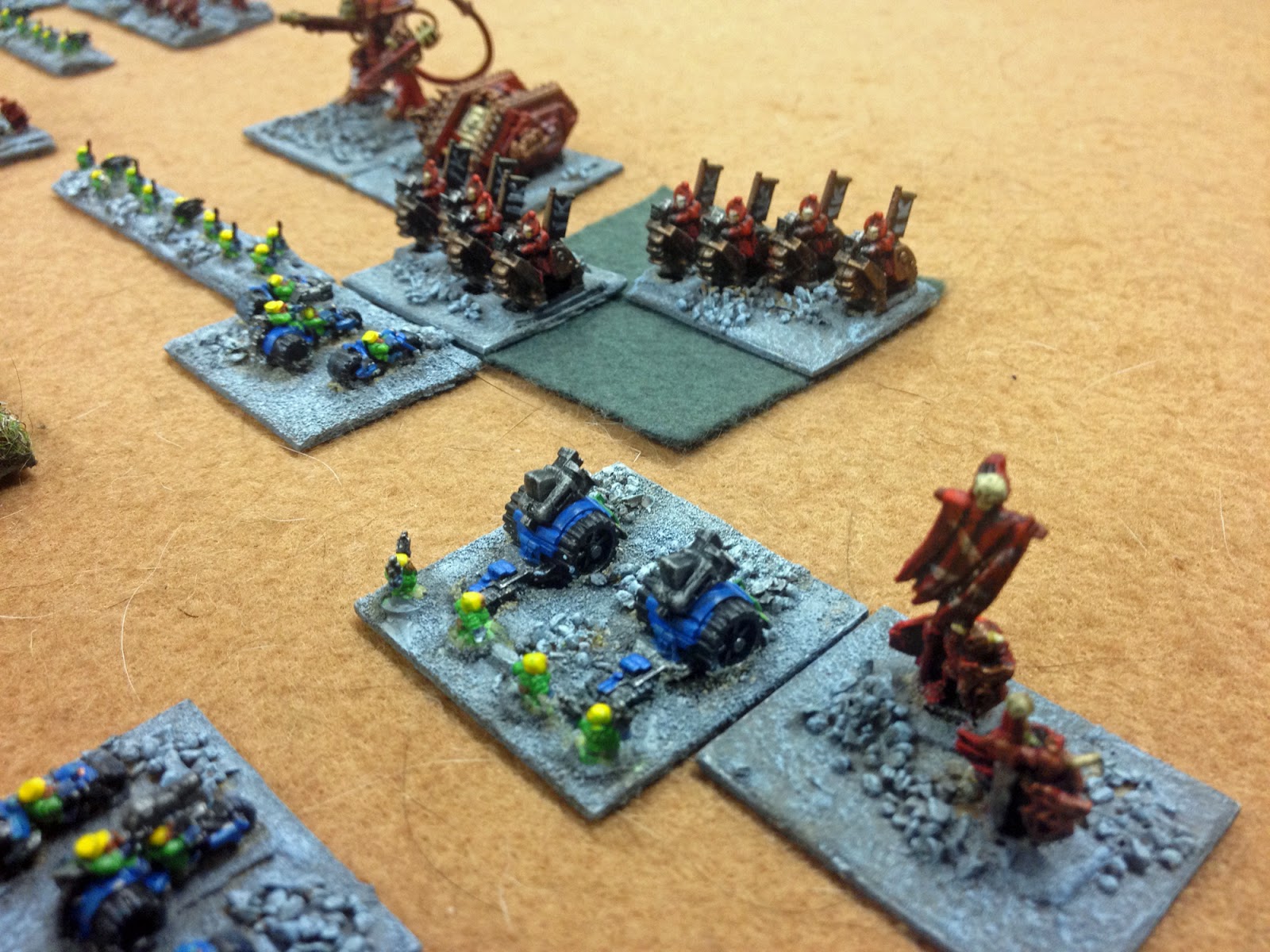 On the other flank Squat Beserkers swept all before them. 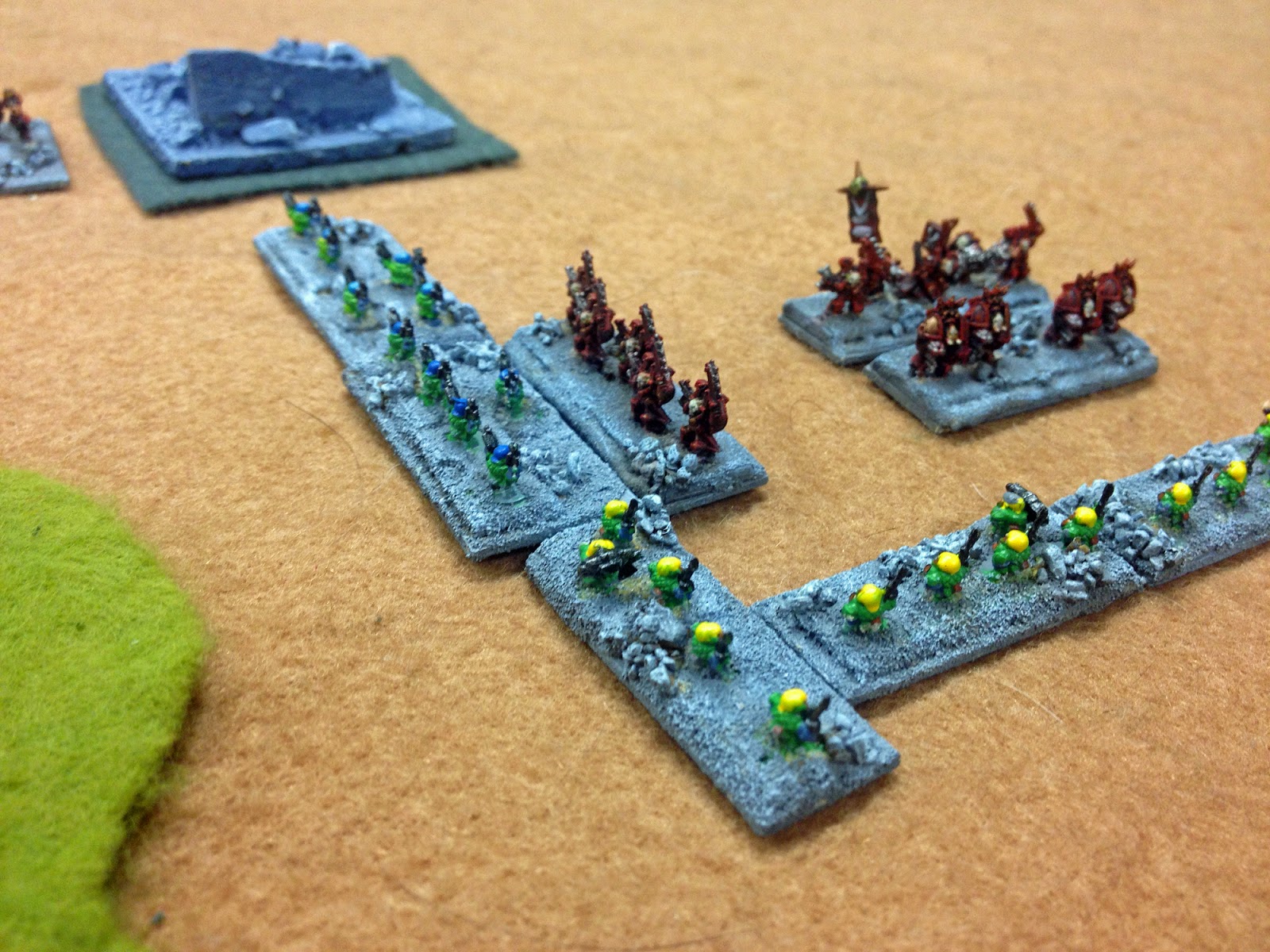 Both armies were really taking  lot of casualties in the centre. 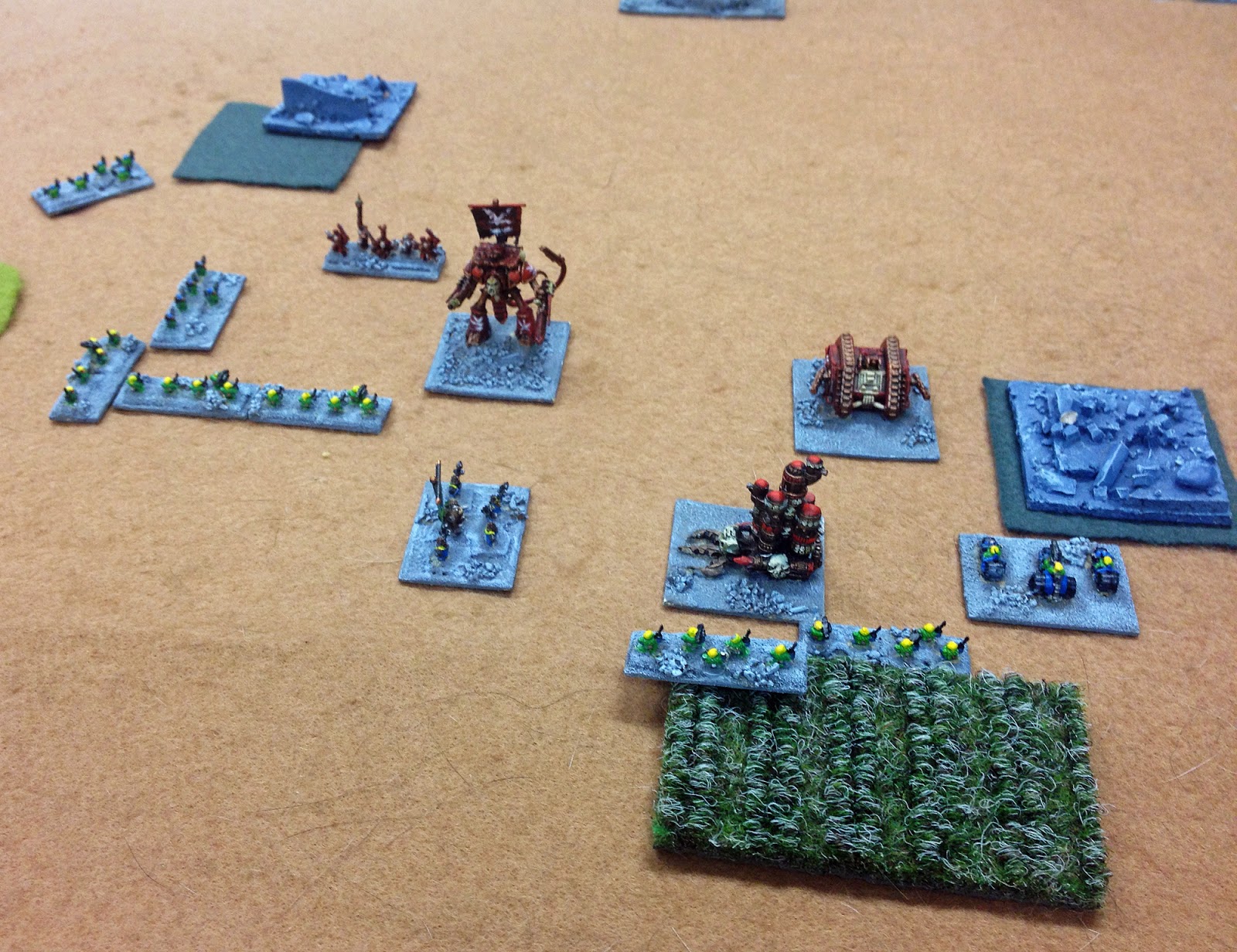 The Squat general came under attack from war-machines again, and this time he was destroyed. 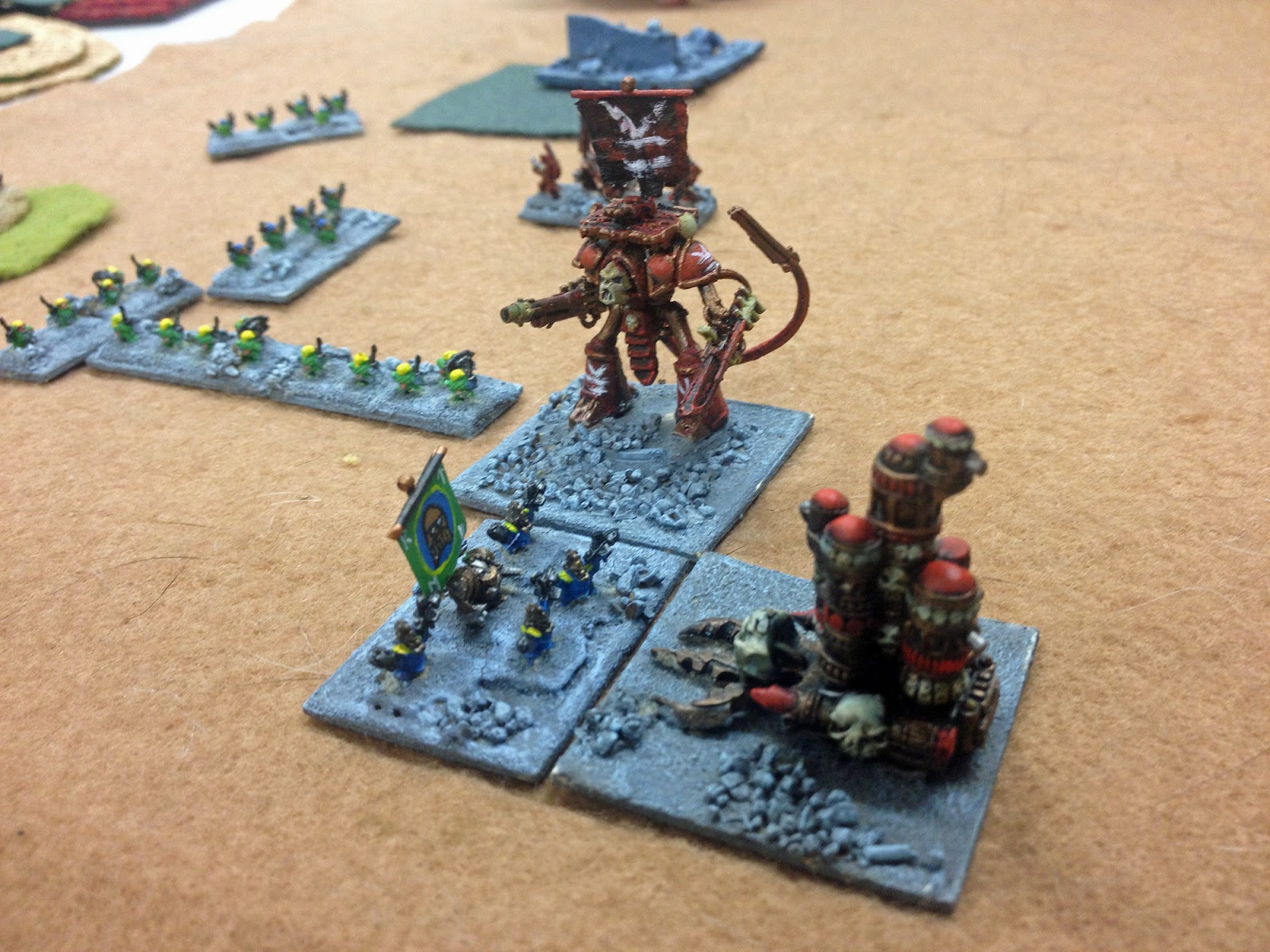 The chaos army had lost more points though, so the battle continued. Continued, that is, until they brought back a pile of Hordes, reducing their losses to below those of the Squats. A victory for Chaos. Not much else left. 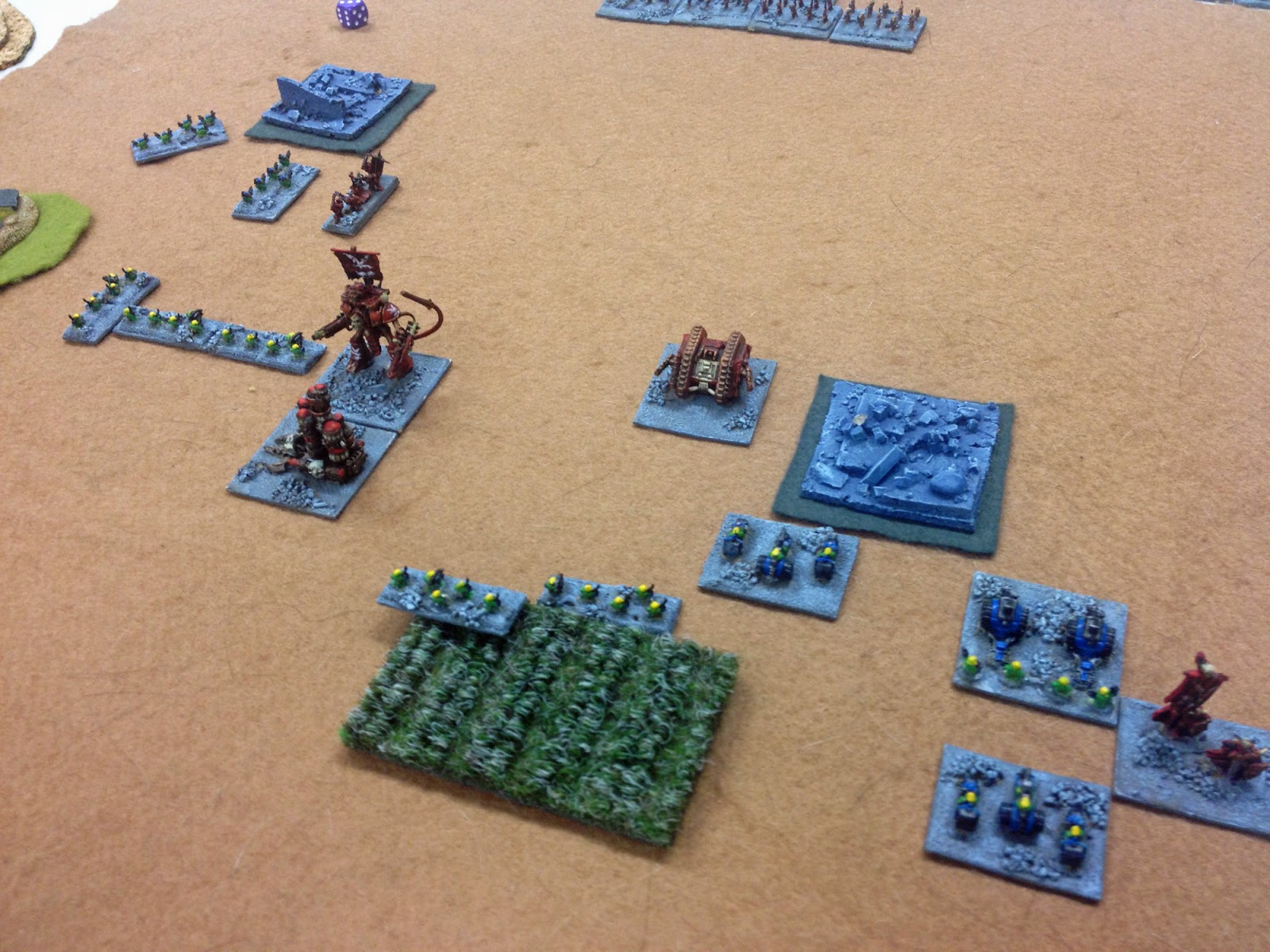 Despite having 50% more troops on the board, neither game felt overly cramped. With 1D6 worth of PIPs, there were some tricky decisions to be made as to what to move each turn, especially after the armies broke up. And reserve lines became a feature. I can highly recommend a 36AP game of HOTT.
Posted by Kaptain Kobold at 23:51