Aztecs at the Australian Museum

Yesterday I went up to Sydney to see the Aztec exhibition at the Australian Museum. This has a couple of hundred artifacts loaned from various museums, plus some special displays of its own.

The exhibition is in two parts. The first looks at the origins of the Aztecs, their life and their culture. The second part covers the Spanish conquest, how parts of their culture have been preserved and a few bits abut how their words and culture survive today, mostly through foods, and the words for foods, such as tomatoes, chocolate and chili.

For this blog I took a few pictures of things that might be of interest to gamers.

One of the centrepiece displays in the first gallery is this life-size reconstruction of an Eagle warrior.

He's carrying a club and a sling. 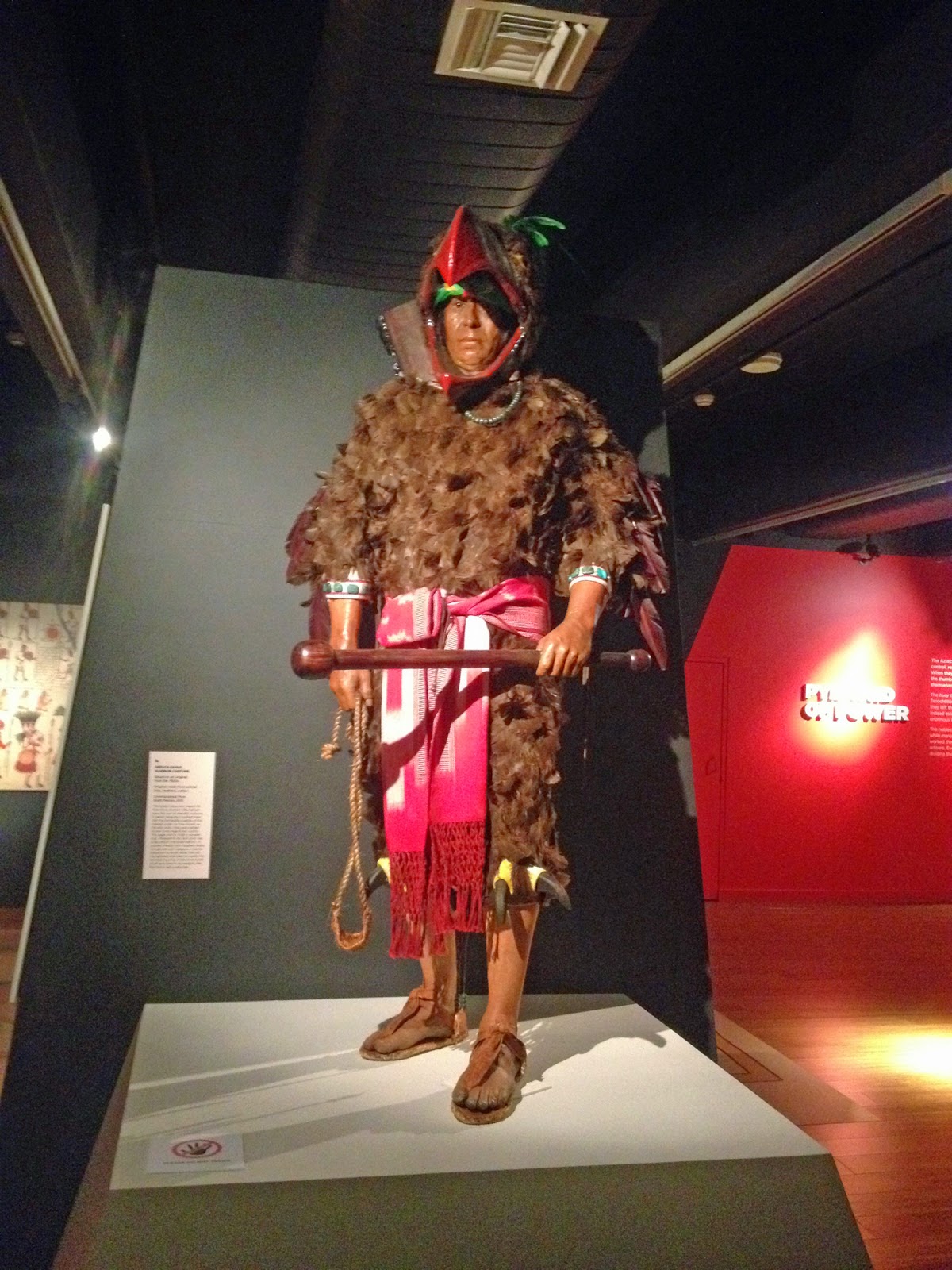 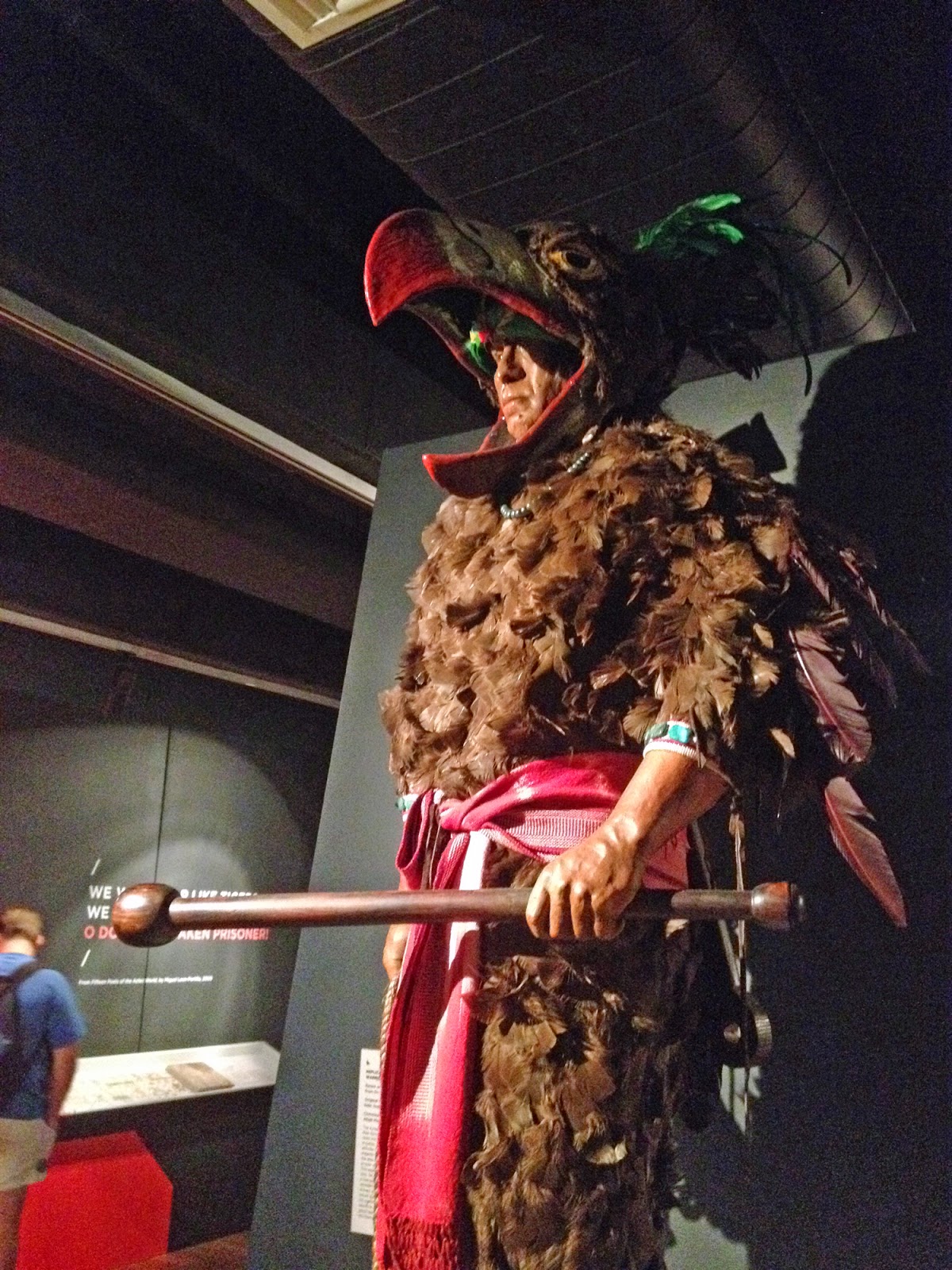 Slung on his back is a mean-looking macuahuitl. 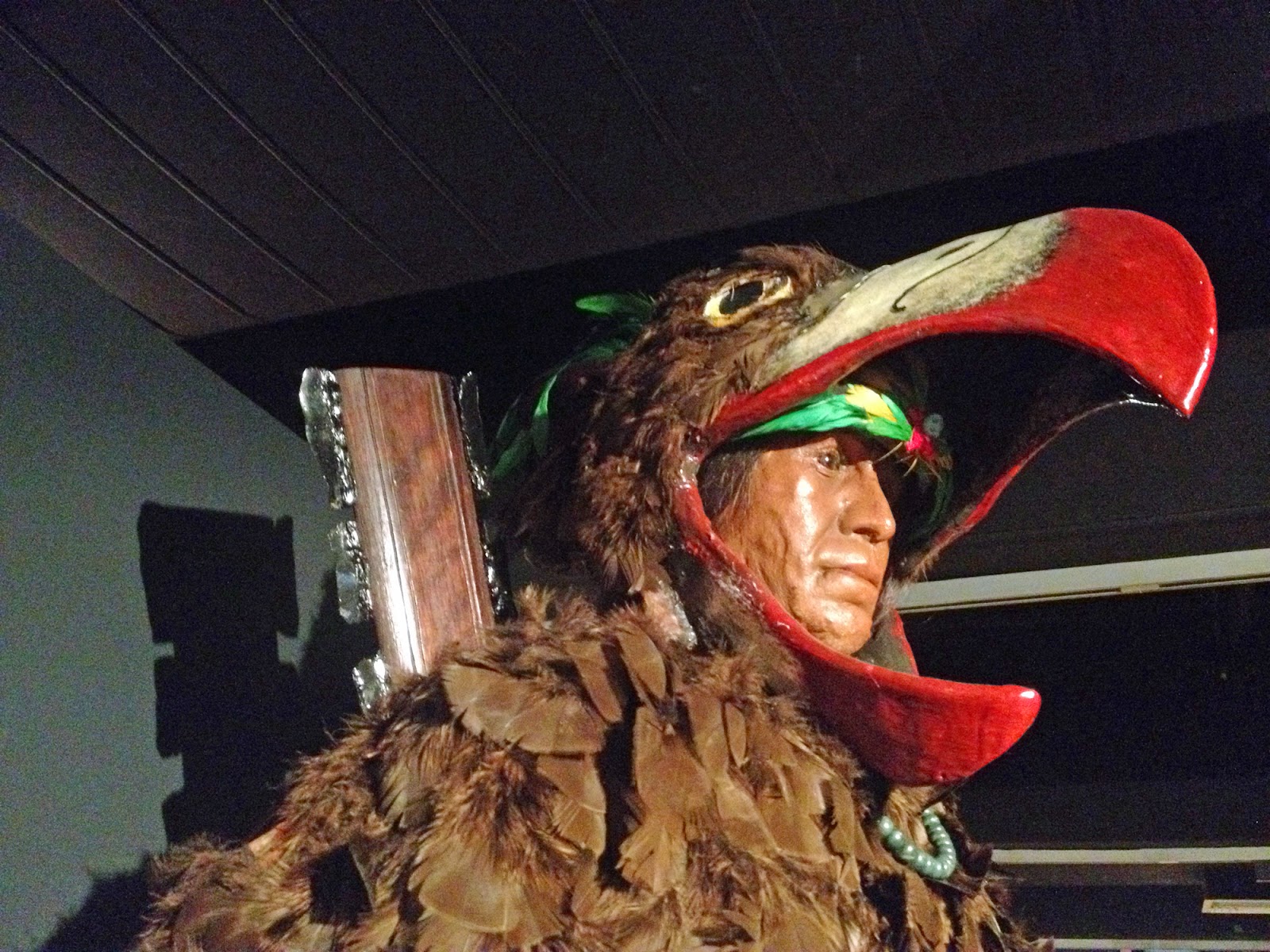 I think these were labeled as Tarascan warriors. I'm not sure, and I forgot to photograph the label. 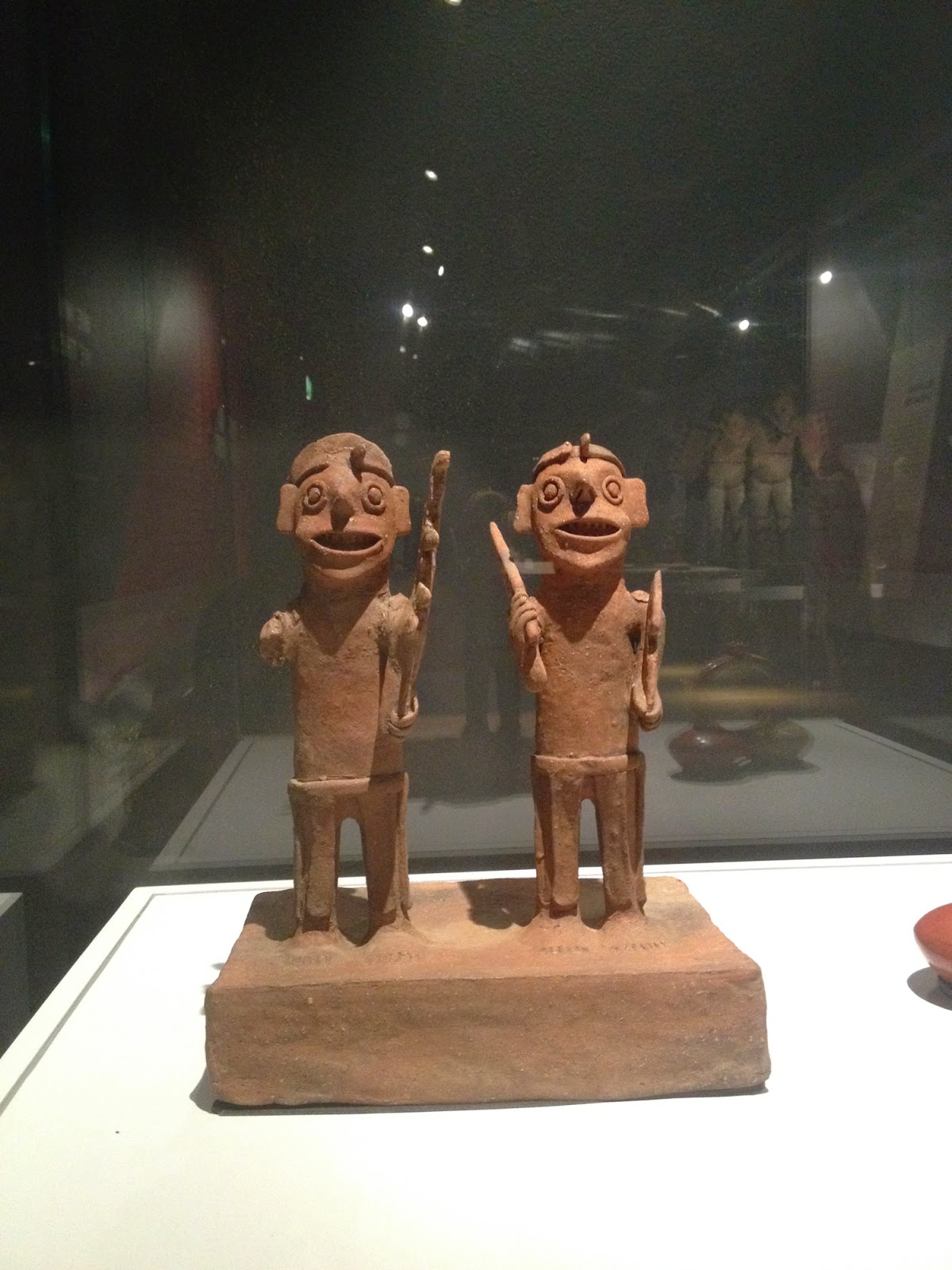 Statue of an Eagle warrior. I think the smaller one is a Jaguar warrior. 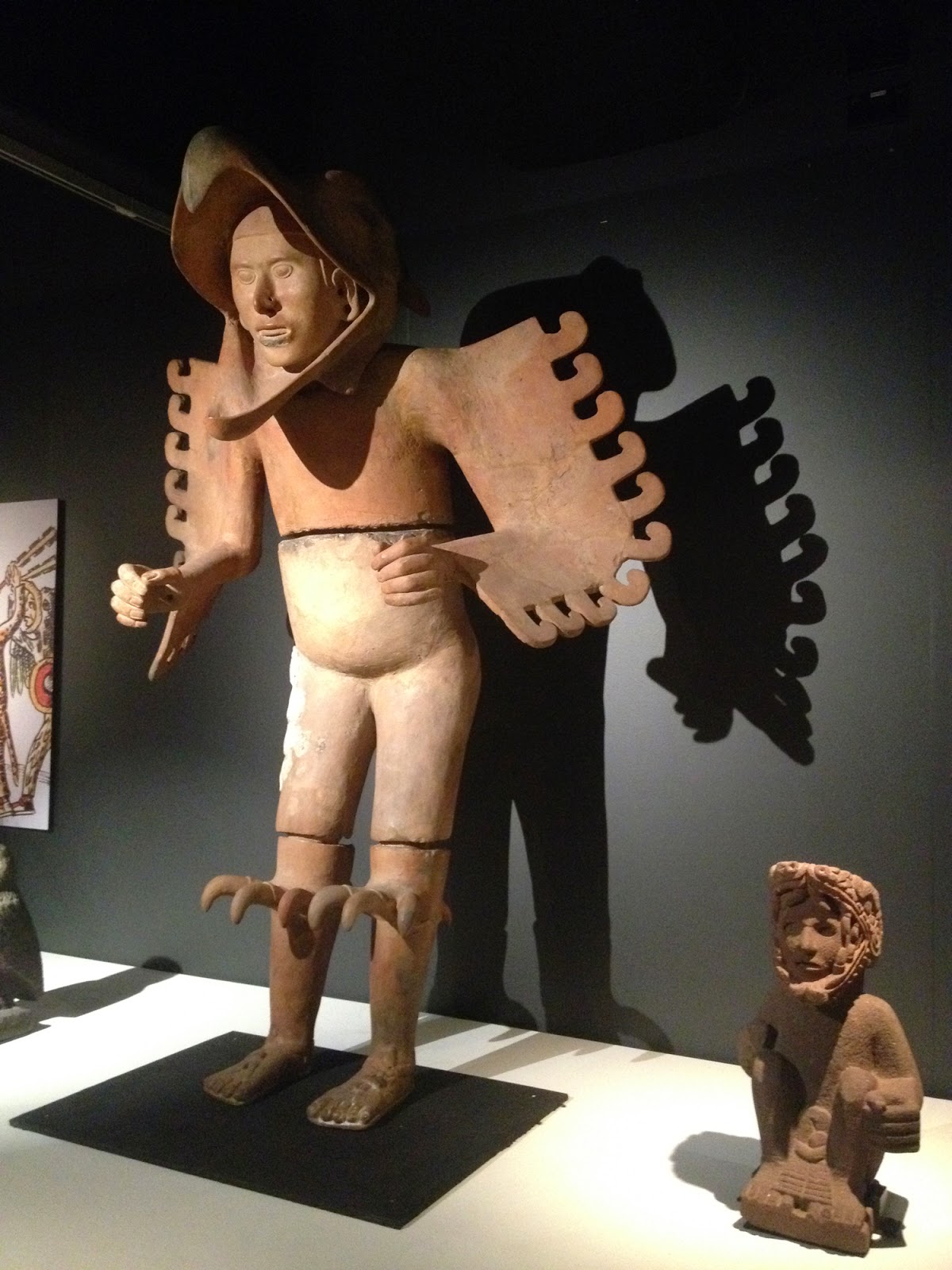 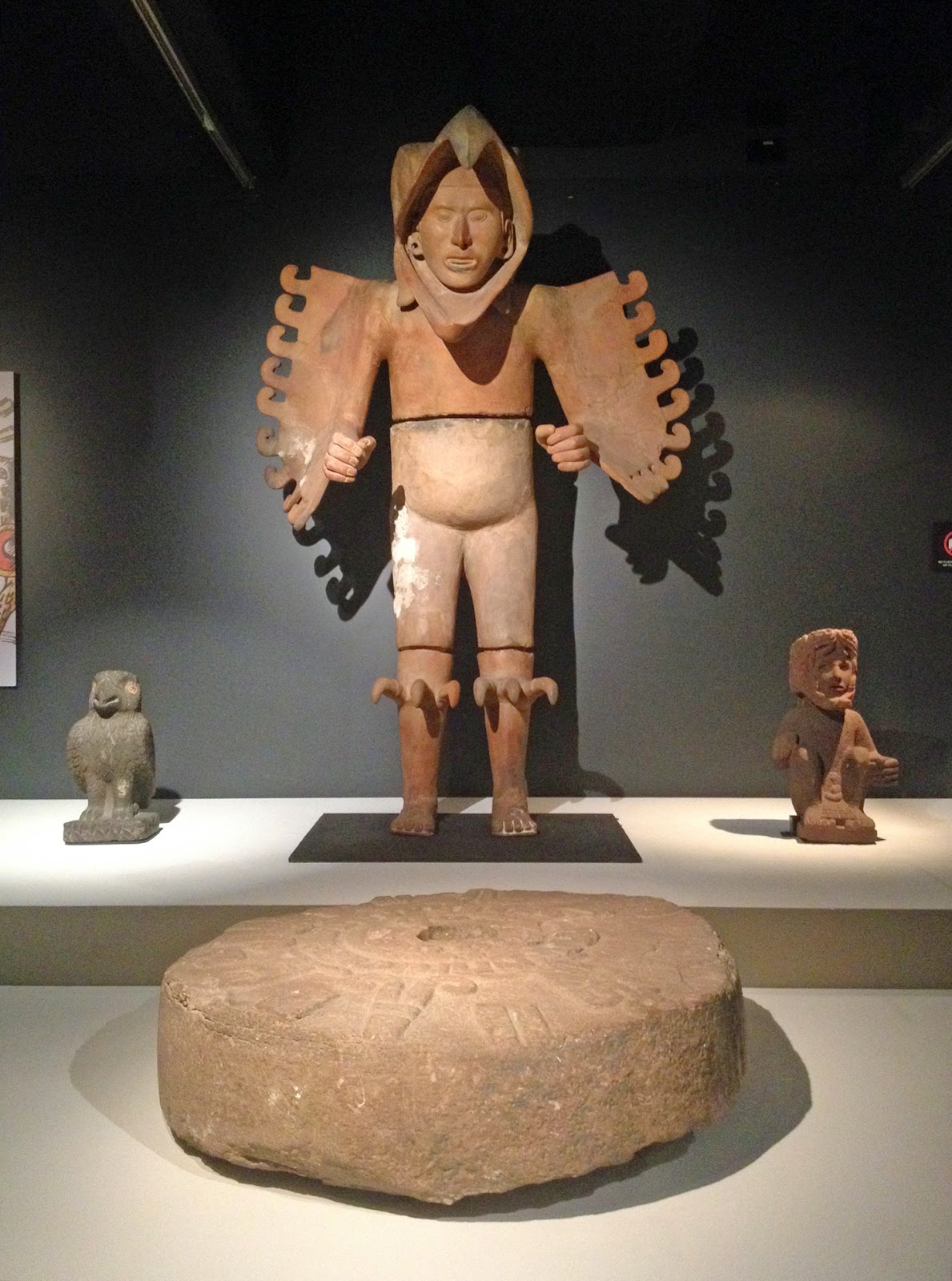 This is a scale-model reconstruction of the temple at Tenochtitlan, just in case you didn't realise how big it actually was. That's a man halfway up the steps. Those are steep steps for a society that hadn't seemed to have invented the hand-rail. Also no disabled access. 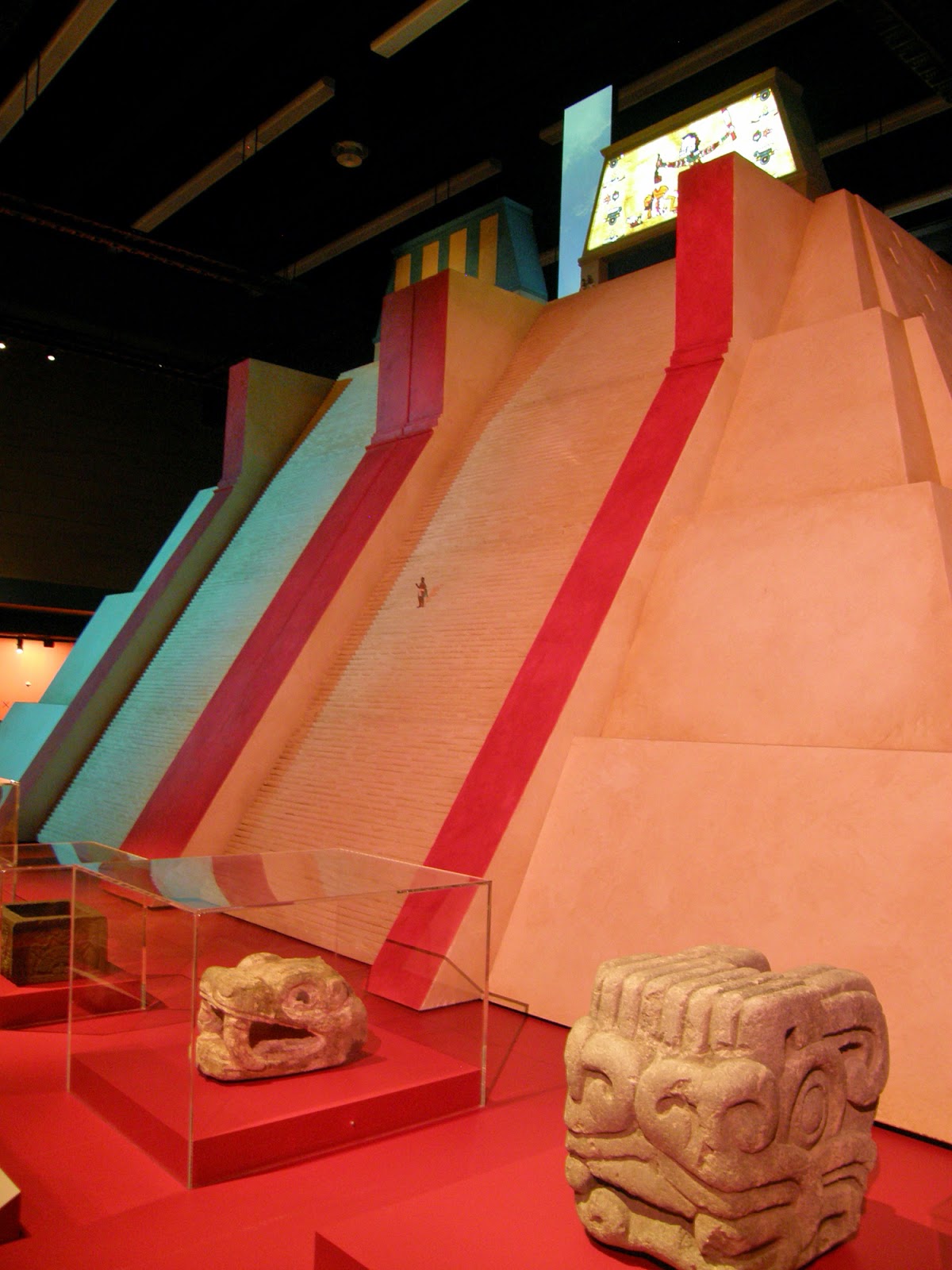 There was also an amazing 17th century painting showing key scenes of the Spanish conquest. Heaps of detail of both Spanish and Aztec armour and weapons, plus boats, architecture - the lot. And spotlights on it so that when you got close enough to see detail the reflections hid it. Annoying.

This final picture isn't from the exhibition. Just outside it is a display on armour in the animal kingdom and in human society. This is armour from Kiribati (an island in the Pacific) made from coconut fibre. Next to it are shark-tooth swords, and those stringy objects on each side are gauntlets with sharks' teeth embedded in the back. Sorry about the dodgy exposure. 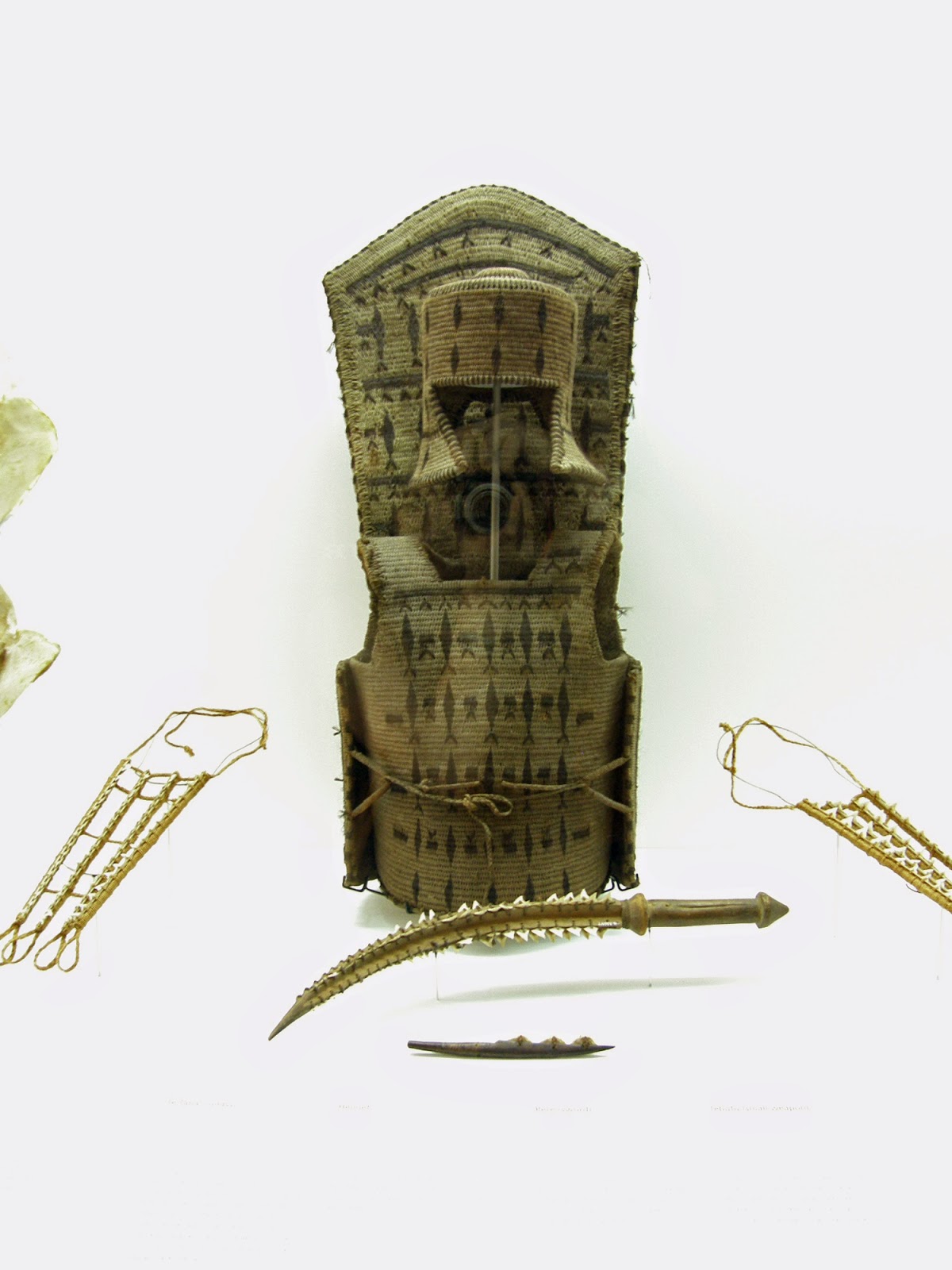 Email ThisBlogThis!Share to TwitterShare to FacebookShare to Pinterest
Labels: museum