I set up another game of Dragon Rampant the other day, using the Orc warband from the previous game, and an Elven warband. I created some random terrain and selected a scenario at random as well, getting the basic Gory Bloodbath fight. 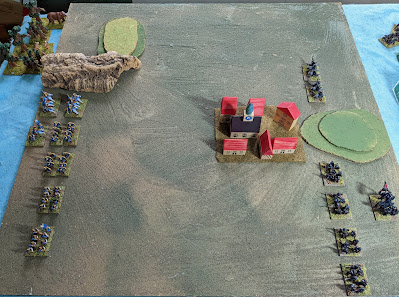 Both sides had Quests that meant they would only have one battered unit at  a time and were looking to score lots of casualties on their opponent.
The fight opened with a series of actions between the mounted elements on both sides. The Orcs lost a unit of Wolf-Riders, but took out some Elven cavalry in return 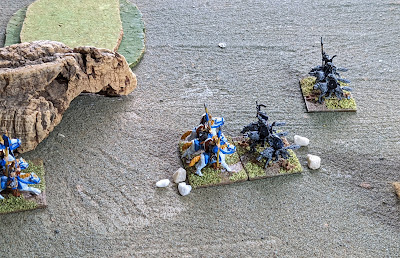 Eventually the Elves prevailed, with the second group of Wolf-Riders skulking away battered and never returning to the fight. 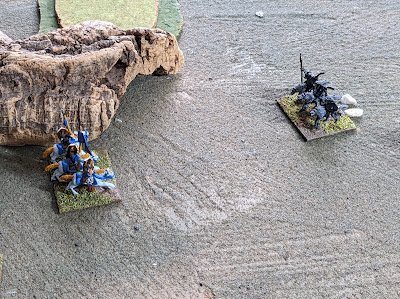 Meanwhile the Elves were content to sit and wait for the Orcs to come to them; if the Orcs didn't then the Elves could move up and shoot at them until they advanced or died. 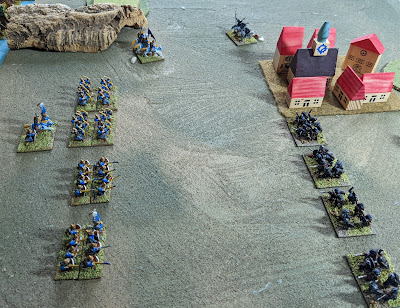 The Orc light foot was going to struggle against the heavier Elves, but the idea was to inflict some hits then try to use their hideously expensive leader to break the Elven units 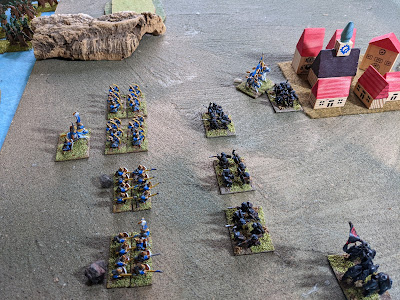 The surviving Elven cavalry attacked some Orcs who retreated into the village. 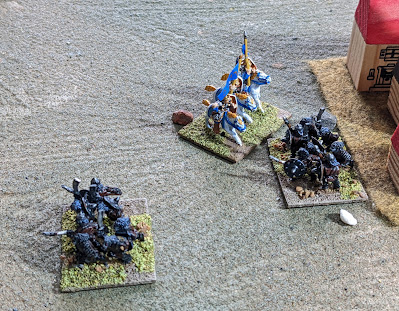 Archers rained down arrowy death on another group of Orcs. 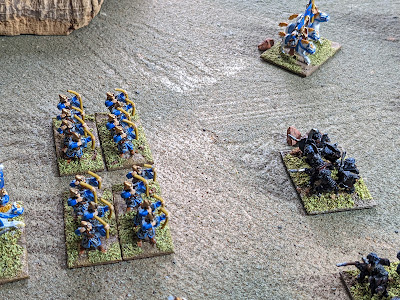 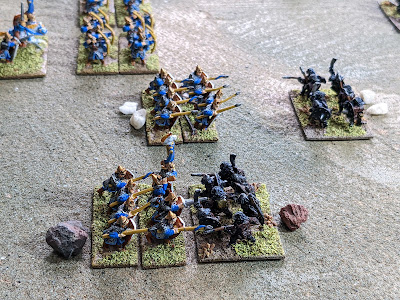 Their leader charged and rolled badly in combat. It was obvious that he wasn't going to score that winning kill.

With no obvious way for teh Orcs to win I ended the fight. I didn't calculate Quests or Glory; I just assumed that the Orcs had lost. 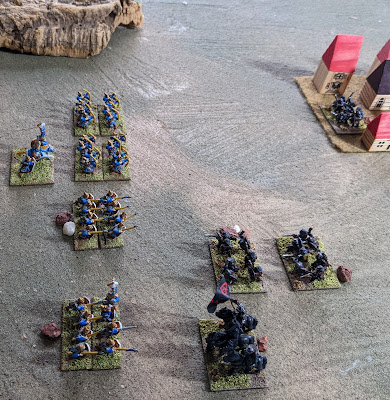 The Elves are a tough proposition in this scenario, which is just a straight battle. In a more involved scenario this pairing might produce some more interesting results.