Phew! It's been a few months since I did a burlesque update, and I'm not sure what has delayed things.

Anyway, back in March I performed at a new show in Wollongong. There's been a couple more of them since, but I've just been to them as an audience member, so there's nothing too exciting to report there.

In June I performed my Professor Persano act at a show farewelling a local drag-queen, who was leaving the area to study in Melbourne. Here's one last shot of the act; it's had a lot of exposure over the past couple of years, so probably needs a rest.

However I've not been idle in terms of classes. I've done a few workshops and extended classes, and also another act development course in order to move forward on the new act I've been stalled on for the past year. This culminated in a couple of big showcase events which our burlesque school ran in conjunction of another local school, and was a mix of group performances and solos, including my new act! 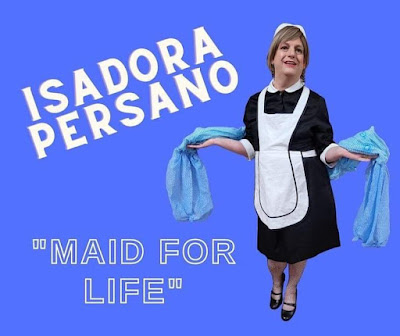 Aside from the exercise in putting together a suitable choreography, this act required me to do a lot more costume work than I've done before - sticking rhinestones on things and modifying costume pieces. For example, that maid uniform is a genuine off-the-peg housekeeper uniform from a company in Italy. It had to be modified so that the apron and dress could be removed quickly and smoothly; there's some cunning work with press-studs going on there.
Anyway, here's a few shots of the act, taken by Stuart Bucknell: 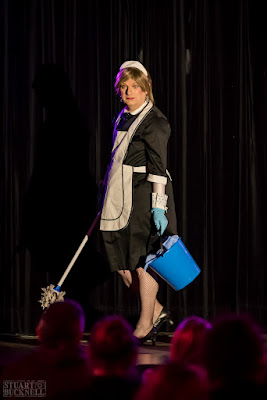 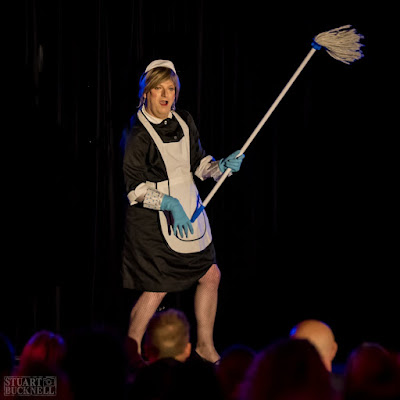 As you can see, there's a whole other costume under the uniform. 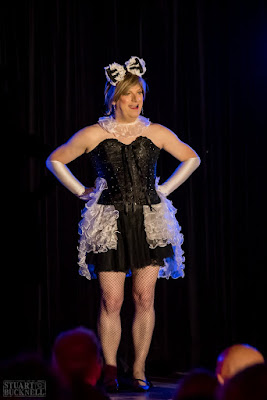 The act probably still needs a little refinement before I take it out and about again, but I was pleased to finally bring it to fruition.
Catherine and Maya (in their guises as Henrietta Fowl and Shae Nanigans respectively), also put together new acts. Henrietta Fowl did a cute act featuring home renovation and a tribute to a certain globally known Swedish furniture store: 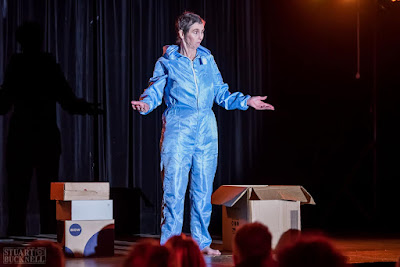 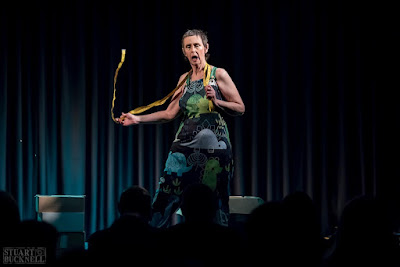 And Shae Nanigans came close to stealing the show with their insane inflatable tube-man act: 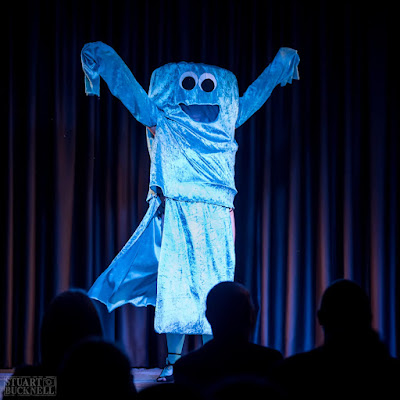 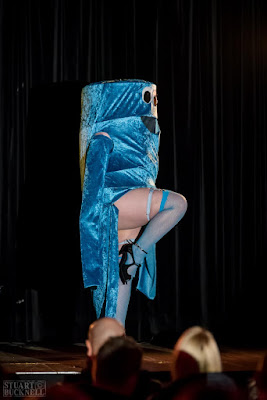 And the curtain call - there were a lot of us involved in these two performances: 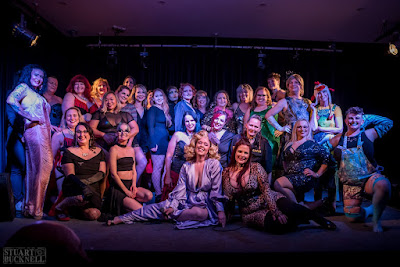 We're back to regular classes now, and Catherine and I are currently learning the finer points of being a glamourous showgirl. We're putting together a routine as part of the course, which we may, optionally, have a chance to perform later in the year. But for now it's a matter of learning to walk with your head up, arms out and displaying a great, big smile. Showgirls!
Posted by Kaptain Kobold at 11:02