I didn't play anything at the club last night, but I did sit in on a game of Bolt Action, and took the opportunity to take a few picture of Ian's French Colonial troops. 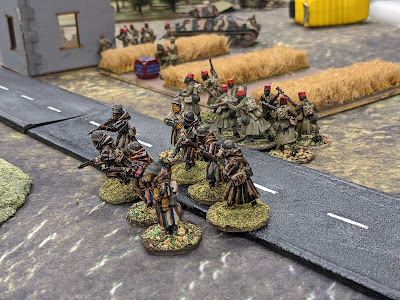 The Somua tank was a bit of an issue for the Germans, who had nothing stronger than an anti-tank rifle and 20mm cannon to engage it with. They managed to inflict a pin. 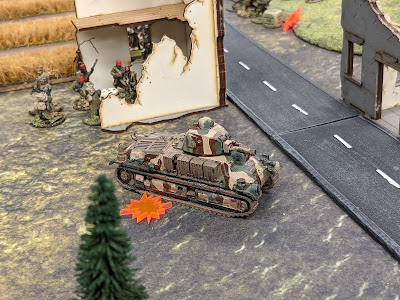 The game went a bit ACW with a section of sunken road. The troops in it got flanked. 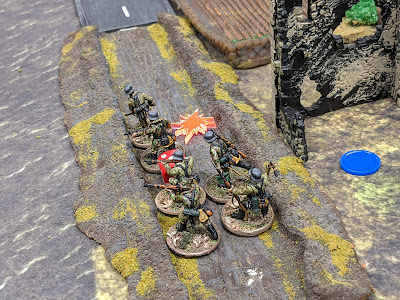 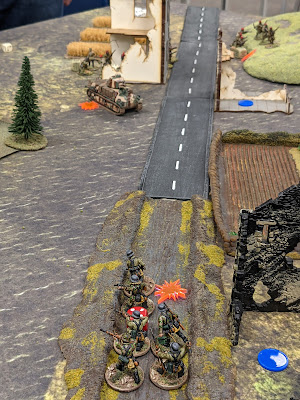 Trying out Portrait Mode on my phone. I was told I had to make sure the pin marker showed up nice and clearly. 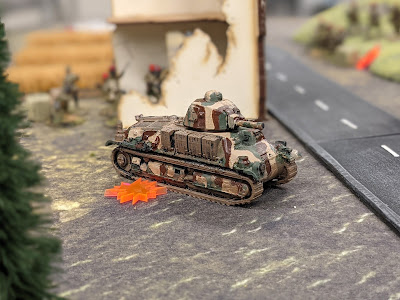 On an unrelated note, let me just give a shout-out to the anonymous follower of this blog who seems to have enough time on their hands to post a regular stream of abuse in my comments. Once you add your real name to them, I'll be happy to publish the small fraction of them that have acceptable spelling and grammar. Until then, they go straight into the bin.