This past weekend saw the annual The Illawarra Plastic Modeller's Association show, and once again the Wollongong Wargamers were asked to put on a display. Both days saw various club-members demo Bolt Action. I went along on the Saturday, as a visitor rather than a participant, but took a few photos.

Peter and Caesar were playing a D-Day game with Germans attacking beleaguered US Paratroopers in and around a church. 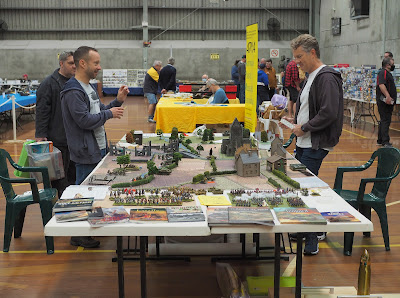 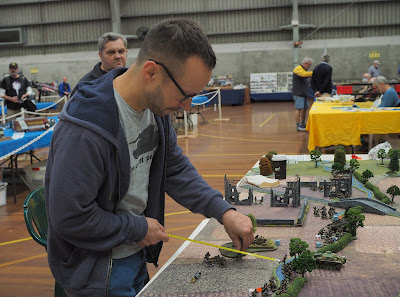 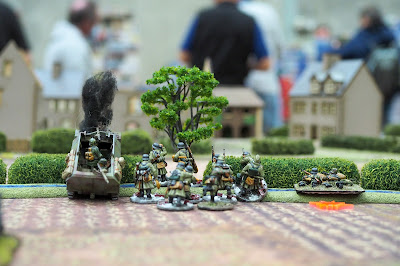 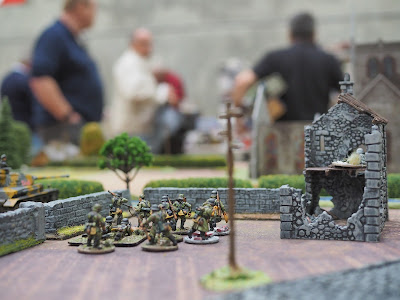 The game plodded along nicely, and plenty of people stopped to watch and ask questions. As you can see in the first photo, they had put out various rules and some figures in other scales and from other eras to make a show of it.
As you would expect from a plastic modeller's show, there were plenty of people selling plastic models. 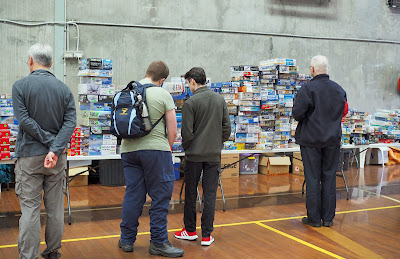 And, of course, plastic models on display. I was there early on the Saturday, so some of  areas looked a bit sparse; people bring in models over the course of the weekend, and I suspect that late Sunday morning, just before teh judging, is the best time to see the entirety of what's on offer.
This large model was all 3D-printed. The same guy had done a Tornado last year. 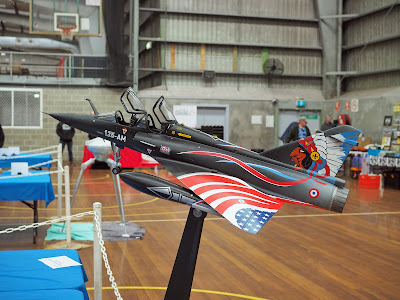 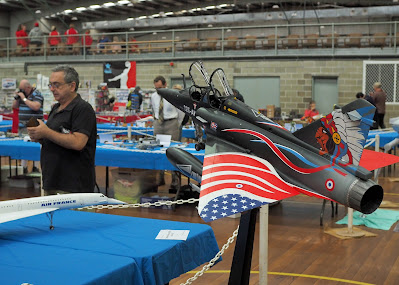 There were smaller model planes on offer. 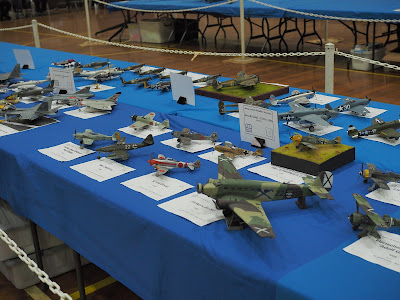 This was one of my favourite models - I've always wondered what the inside of an A7V looked like. They don't let people inside the one we have on display in Queensland. 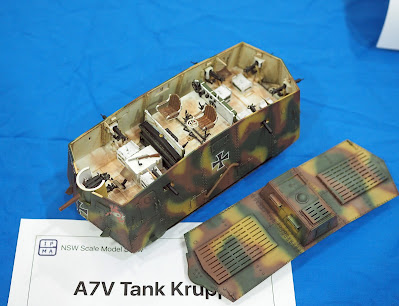 Something for the Glorantha crowd. Pretty sure it's not Gloranthan, but it has the vibe. 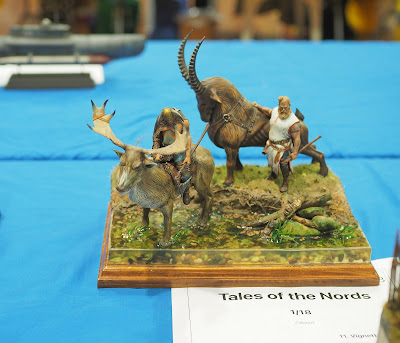 A couple of random items. 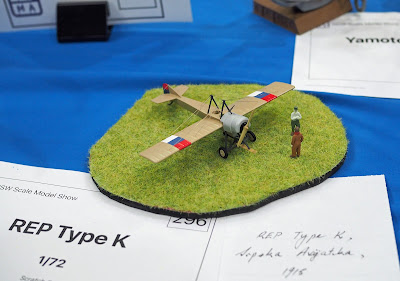 On the Sunday the game featured an 8th Army attack on some Italians. I wasn't there, though, so don't have any photos.