I played a couple of ACW naval games using a set of rules based on Bob Corderey's 'Gridded Naval Wargame' yesterday. Aside from the fact that the version I was playing is suitable for a 3x3 grid, I'm not at liberty to tell you any more about the rules than that at present.

I picked vessels that were operating in and around Mobile Bay, partially because there were ironclads in my collection that rarely got to se the light of day an I thought that it would be interesting to try them. 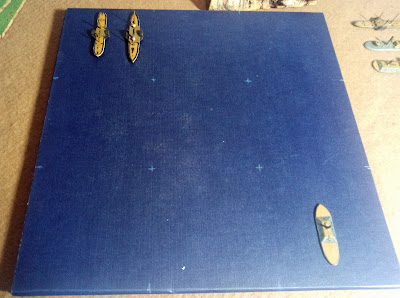 Opening moves saw both sides use their powerful bow-pivots. The Union gunboats used their greater speed to bring the pivots to bear whilst trying to stay outside of the ironclad's arc of fire. Even so, Metacomet took some damage. 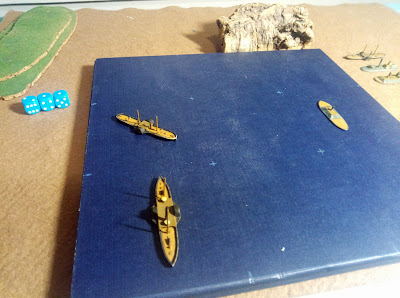 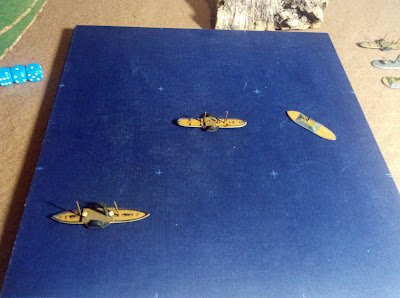 The Union manage to get broadside on and start to batter the Tuscaloosa. 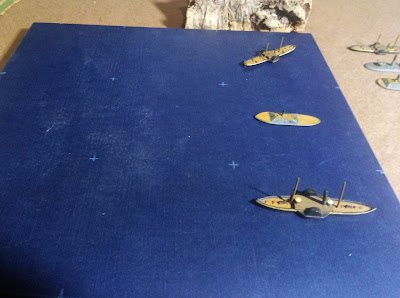 As the Tuscaloosa turned the Metacomet swung across its bows to try and evade taking fire. In doing so it took fire. 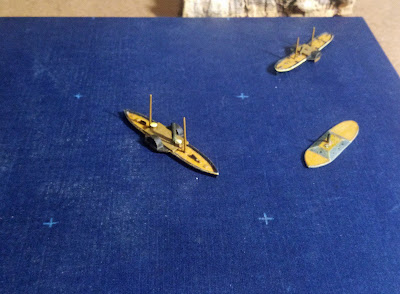 A hole below the waterline saw the Union gunboat start taking on water, and it began to sink.
In desperation the Port Royal rammed the Tuscaloosa, but neither ship took any significant damage. 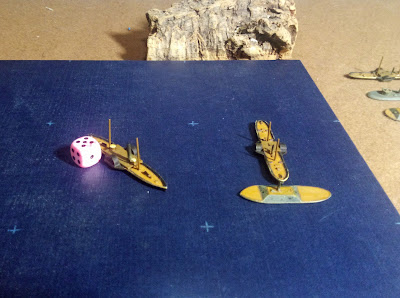 Both ships fired at point-blank range, damaging each other. The damage the Tuscaloosa took was enough to sink it. Port Royal was badly damaged, but still fighting. 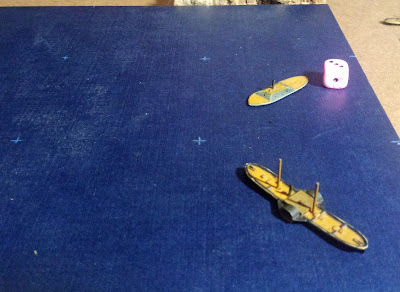 In the second game USS Metacomet was joined by a monitor instead of another gunboat, the USS Osage. Tuscaloosa was joined by another ironclad battery, the CSS Baltic. 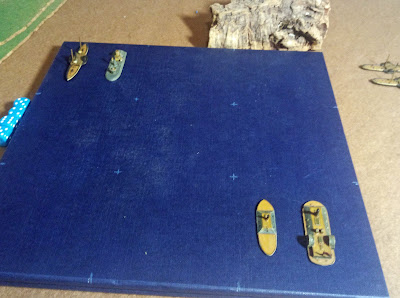 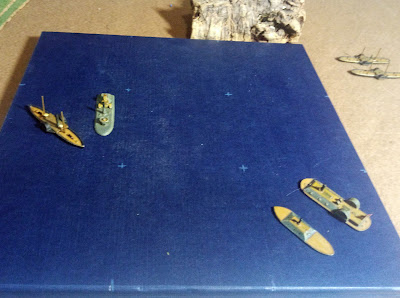 Tuscaloosa began to sink, and attempted to leave the action. Metacomet took another hit and also turned for home. Meanwhile the Osage began to pound the Baltic, which had both lighter guns and armour than the monitor. 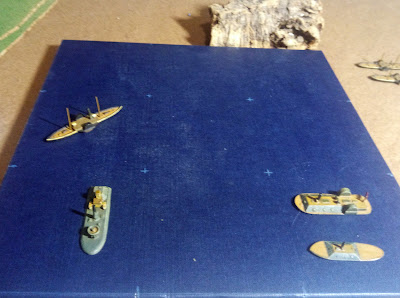 The Baltic suffered a temporary steering hit which saw it steam straight at the Union ironclad. 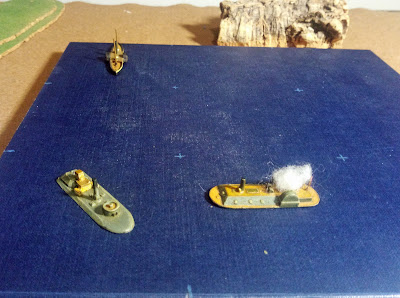 Both ships suffered collision damage, but the Baltic came off worse and close-range firing from the monitor quickly saw it finished off. 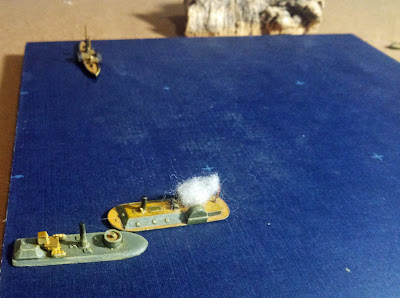 So the Union won both fights, although the first action was a lot closer than the second. The rules played out fairly well, with only a few issues, which I am getting resolved.
52 Games - Game 41