Having been disappointed by Neil Thomas's 'proper' Pike & Shot rules, I thought it would be interesting to refight the battle using my heavily modified version of his One Hour Wargames set. The troops mostly translated across OK.

This time the Royalists fielded:

Parliament opposed them with:

('Shot Heavy' is covered in the optional rules)

The troop quality has an effect on how many hits a unit can take in total, not just close combat morale tests as in the other rules, so the Royalists had an edge in quality alone. The shot-heavy Parliamentarian foot would be good at shooting, but in these rules can run out of ammunition, leaving them obliged to fight in close combat, where they suffer a minor penalty.

On paper the battle was very much weighted towards the Royalists; they had a hill they could defend, and better horse. 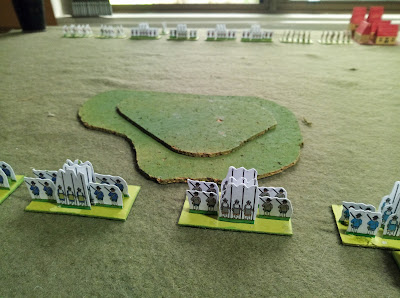 The early moves were predictable. Both sides advanced their horse on the flanks, and foot in the centre. The Royalists moved onto the hill. 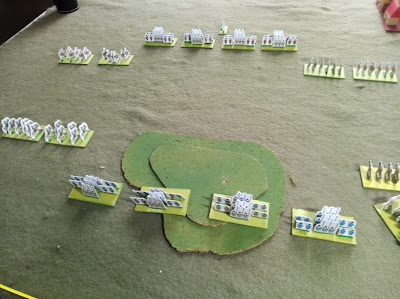 The Royalists also made the first contact, their left flank horse charging their opposite numbers, which included the elite disciplined horse. 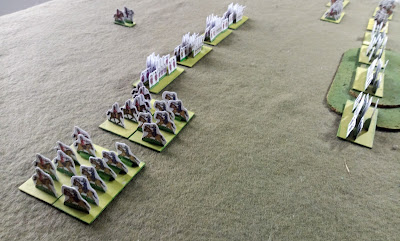 The cavalry action began on the other flank. In the centre the foot exchanged fire. 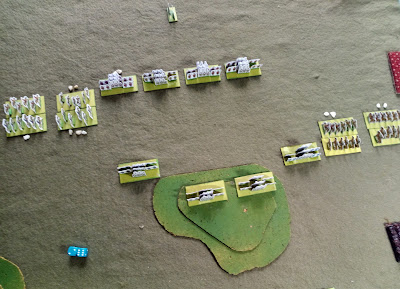 A Parliamentarian unit ran out of ammo and advanced to contact. 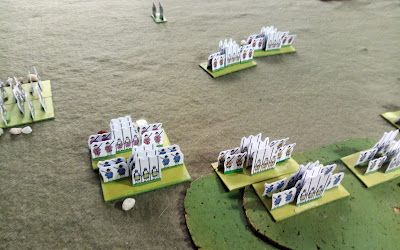 First blood to the Parliamentarians, who routed the Royalist horse unit opposing them. 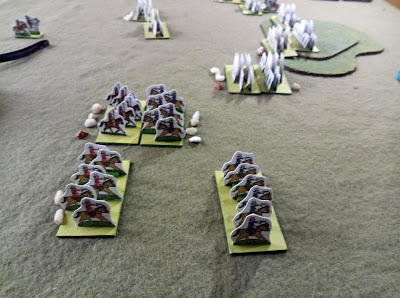 On the other flank the Royalist horse made quick work of their raw Parliamentarian foes, but had taken a fair few hits (including the one each unit takes for defeating an opponent - a peril of being Dashing) 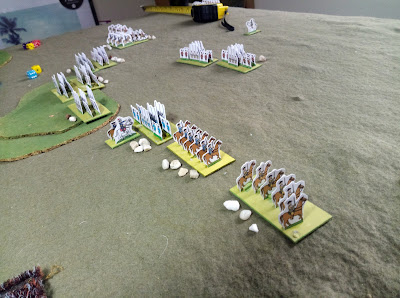 Parliament responded to the Royalist win on that flank by angling their foot in order to protect its flanks. Meanwhile the surviving Parliamentarian horse was finishing off its Royalist opponents. 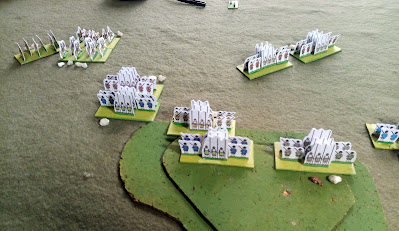 The Royalist horse charged some of the Parliamentarian foot. This dispersed the horse, but the foot had been severely battered by Royalist fire and also routed. 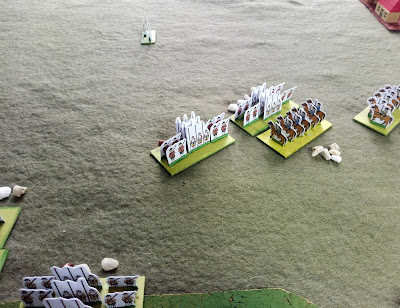 The Parliamentarians now controlled their right flank, and their horse moved to threaten the Royalist foot. A lot of the foot was now out of ammunition, and were charging all down the line. The Royalists were winning where they had the hill advantage, but were being ground down elsewhere thanks to flanking horse. 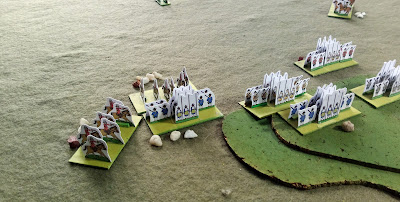 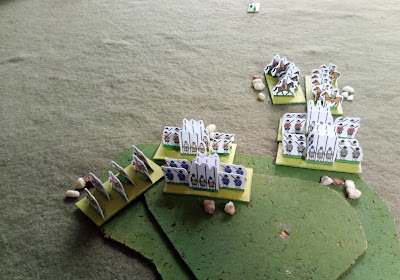 A Royalist foot unit broke, leaving them with two units of their initial eight. I called the battle for Parliament. 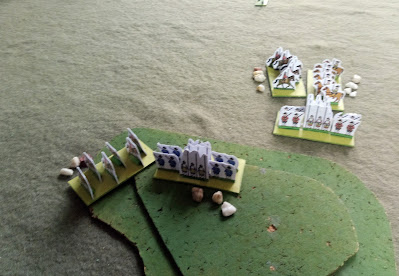 This was a much more interesting battle than the previous one, with both sides able to use their own advantages effectively, and the game being more than just a serious of long, tedious melees. The cavalry action on the flanks affected the fight in the centre, with surviving horse being able to move in and give an edge. And the firefight in the centre moved smoothly and naturally into a series of melees which could have gone either way.

Despite their advantages the Royalists lost; they got a few bad combat rolls early on, which allowed Parliament to score a few kills with no return, and possibly offset the edge their opponents had.