I set up another game of HOTT yesterday evening. The Elves always seem a popular choice (actually the box was handy) and their opponents this time were Sundiata's legendary Malians. Sundiata defended and I ended up with a village and wood closing down one flank and with both sides having a hill on their side of the board. Both armies had a core of spears, shooters and riders, with the Elves rounding out their army with extra spears and riders and a tree-man behemoth, and Sundiata fielding knights, a cleric and the man himself as a hero general. 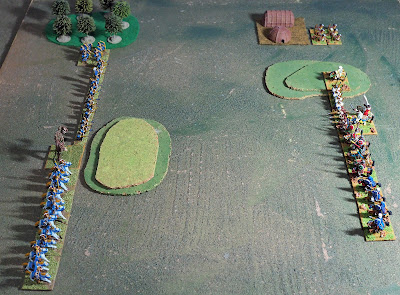 Sundiata's warriors the knights and spears. The Elves - a strong shieldwall in the centre, flanked by the imposing tree-man. 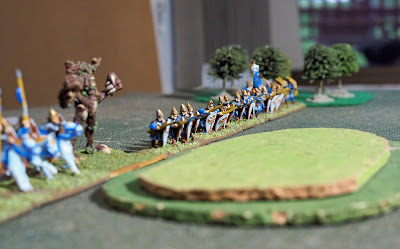 The Elves overlapped Sundiata's line and advanced quickly with their riders, looking to turn their opponent's left flank. The tree-man advanced as quickly as possible in support, so as to prevent the left end of the Elven cavalry line from being overlapped. 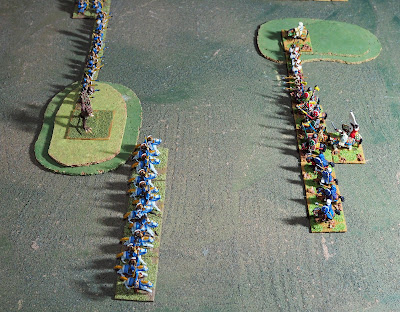 The first fights. The end result was a lot of pushing and shoving, but no casualties. 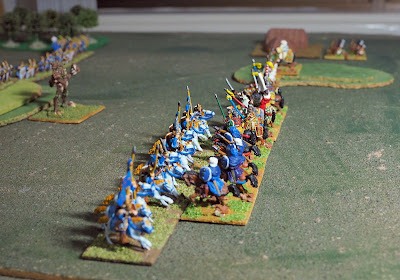 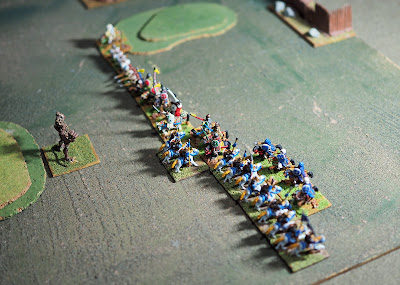 Sundiata pushed forward in the centre, taking on the tree-man himself, with his knights providing support. This did rather leave his lighter horsemen out on a limb, a situation the Elves exploited. Sundiata's horsemen were wiped out. 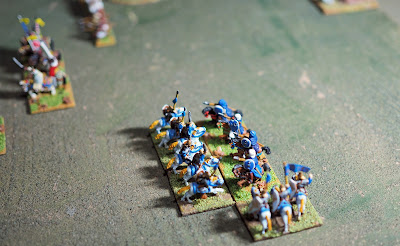 The Elven cavalry reformed, ready or a run at Sundiata's stronghold. This left Sundiata with a decision - pull back and try and block the horsemen, or attack the Elves and go for a win before the stronghold fell. He opted for the latter strategy. 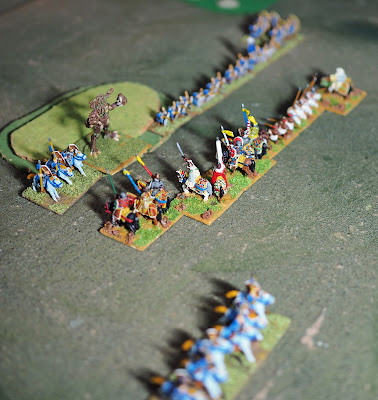 Sundiata's troops attack! The knights on his extreme left swept away their Elven foes. 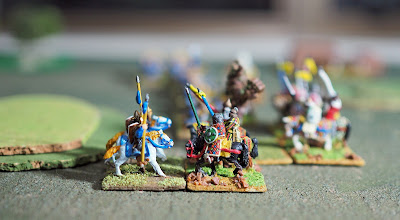 This allowed the tree-man to be flanked, although he held his foes to a draw. 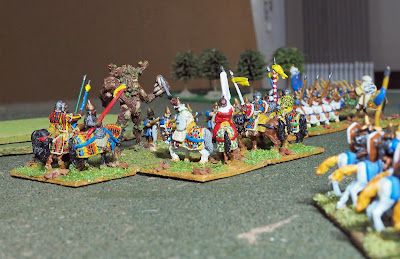 Under pressure the Elves had to spend their limited PIPs holding off Sundiata's attack rather than moving their horsemen towards the stronghold. They lost an element of spears to Sundiata's knights. 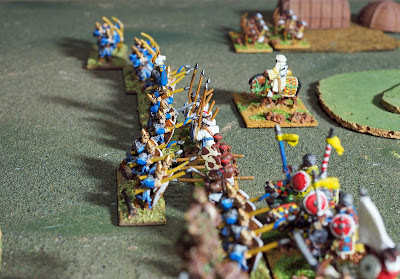 The tree-man couldn't hold out forever, and was chopped down. 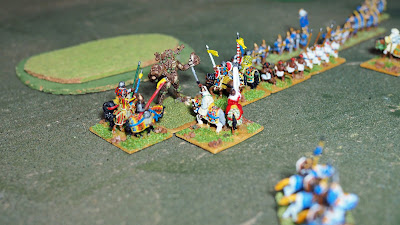 This left Sundiata free to turn on the stalled Elven cavalry. Another element was routed.

Meanwhile the knights had turned the Elven right flank, and another element of spears was ridden down, breaking the Elven army. 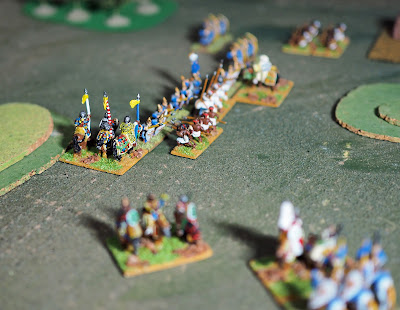 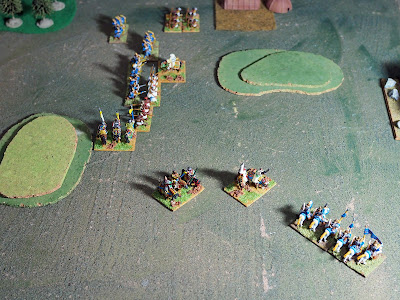 Early on the Elves looked very strong. Sundiata was weak on both flanks (on the other his archers were stuck behind a hill and harder to move), and the Elves were able to exploit that. But a bold attack when things went wrong wrong-footed the Elves, and a series of good combats saw their army collapse. Sundiata's only losses were his horsemen. 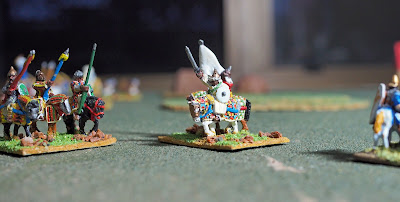 Email ThisBlogThis!Share to TwitterShare to FacebookShare to Pinterest
Labels: hott