Every so often I like to get out Neil Thomas's 'Wargaming: An Introduction' and read through the Pike & Shot rules. And I think 'These would be fun to play'. I've done this twice before at least, got armies out, set up a game, played them and then been disappointed.

But I did it again this week. I got out the rules, read them and though 'I should try these again.' So today I did.

And, once again, I was disappointed.

I set up an ECW game (of course), using the lists in the book. The two armies were:

I randomised the terrain. One flank ended up with a lot of fields and a village, whilst there were a couple of hills on the Royalist side. 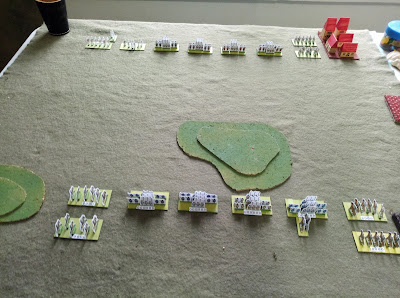 Both sides advanced their foot to musketry range, whilst the horse closed on each flank. 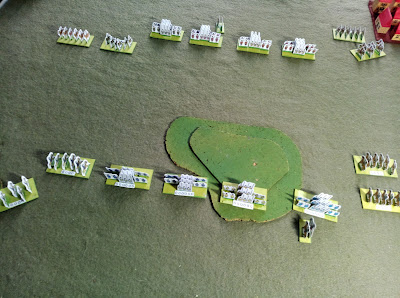 On the Royalist left their lower quality horse charged Parliament's armoured cavalry. They'd already taken hits from their opponents' pistol fire though - one round when Parliament's horse rode up to them, and one from defensive fire on the way in. 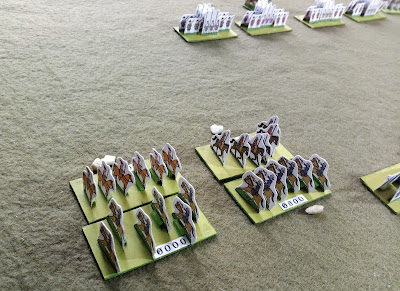 The same happened on the other flank. 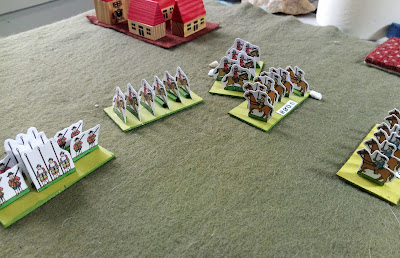 In the centre the two infantry lines fired at each other. 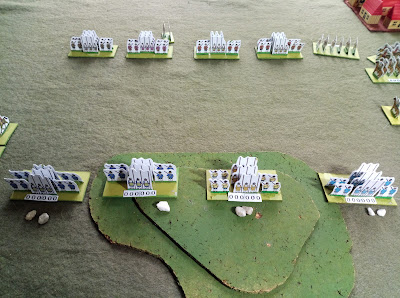 Parliament got in some more pistol shots on the Royalist horse. 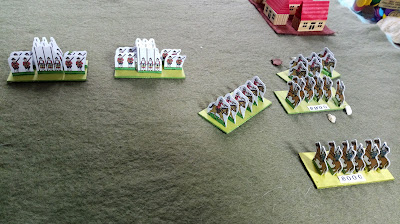 On the left a slow slog of a melee was taking place between the opposing horse. 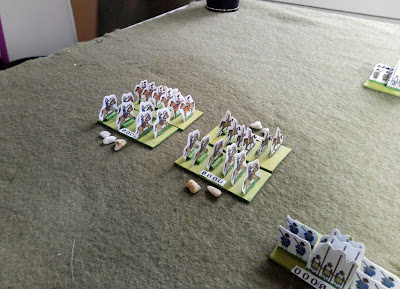 An overview of the battle; everything was now locked in melee. In theory the Royalist horse could break off, but to what end; Parliament's horse could pursue and shoot. 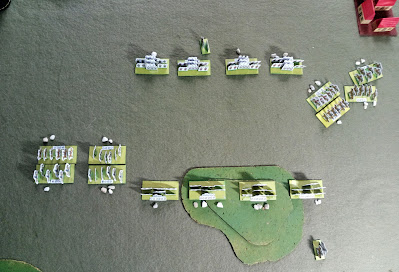 Despite only having 75% of the firepower of the Parliamentarian opponents, the Royalists had inflicted a reasonable number of hits on them With the cavalry melee on both flanks obviously not going to be decisive any time soon, the decision was made to advance and try to break through with a push of pike. 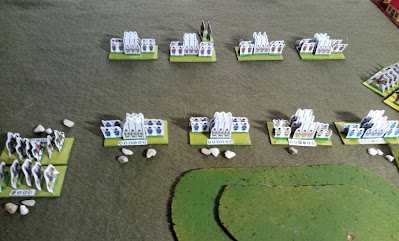 Obviously as they advanced the Royalists took more fire from the Parliamentarians. 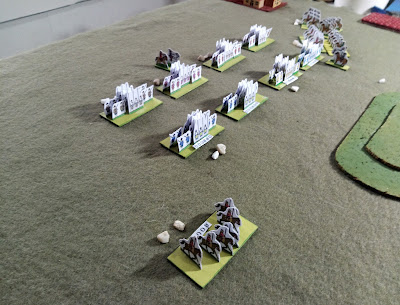 Parliament won the long slow melee on their right, mostly due to their Lobsters. The Royalists got an edge on their right, and used it to charge some horse into the rear of some of Parliament's foot. But the advantage gained under these rules is minimal, and the horse was quickly routed. 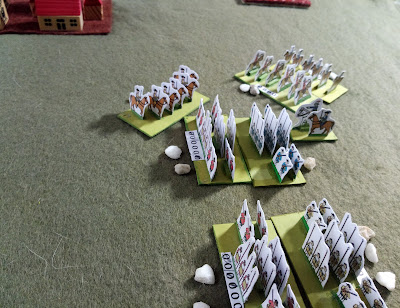 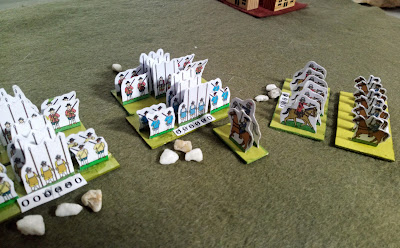 At this point I gave up. The Royalists had lost all four of their horse, and two of their foot units were down to their last base. Parliament still had plenty of fight in their troops. 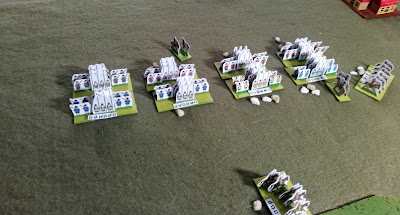 This was a disappointing, slow game. Some of that would be down to the balanced setup, but there was little scope for manuever and once melee was joined it was just a tedious affair of rolling hits and saves with very slow casualty accumulation. And, more importantly, it seems to me that the side with the greatest firepower will always have the advantage. If your army has an edge in melee, morale or armour then you can only use that if you can get close to your opponent, and the firing is deadly enough that by the time you do get close any advantage you had will have been offset by the casualties you have taken. Now it may be that the rules do work for earlier Pike & Shot armies, with more specialised melee troops and use of bows and so forth. But for the gun-orientated ECW, it's definitely the side with the most gunpowder that will always have the advantage.

Maybe in a few years I'll get these rules out again and convince myself that there's something I've missed and that they're playable. I hope it's not for a while though.
52 Games - Game 3