I have done Portable Wargame conversions of some of the scenarios for 'Warr Without An Enemie' listed on the Wyre Forest Gamer's website before, but this is one that I haven't previously played. It's an all-cavalry action and it features an early appearence by one Oliver Cromwell. You can read about the actual action, and see the original scenario, HERE.

I ruthlessly simplified it, and rotated the map to allow the road to be portrayed more easily on a square-grid. The primary terrain feature in a large hill on the Royalist side (left). This has a 3 square by 2 square summit, surrounded by a one-square width lower lever, so occupied an area 3 squares by 5 squares. The lower slopes are difficult going. As you can see, I resorted to the traditional 'books under a cloth' approach for this one. 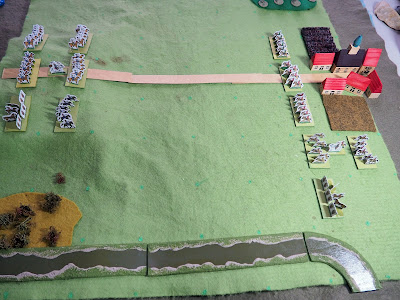 I ended up adapting the OOBs to give both sides six units - these are the Royalists, under Sir Charles Cavendish with two Veteran Horse, three Trained Horse and one unit of Raw Dragoons. They started on the top of the hill. 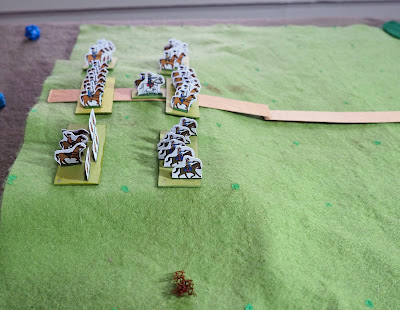 Parliament, under Sir Joyhn Meldrum, had two Veteran Horse, two Trained Horse, one Raw Horse and one Raw Dragoons. Cromwell was with one of the Veteran Horse. 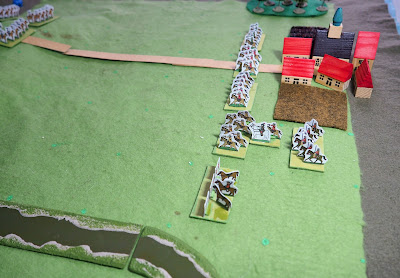 Historically Parliament attacked, so that's the plan I went for. I used my multiple-dice initiative system from This Post. Parliament started off well, and were able to move their entire force forward. 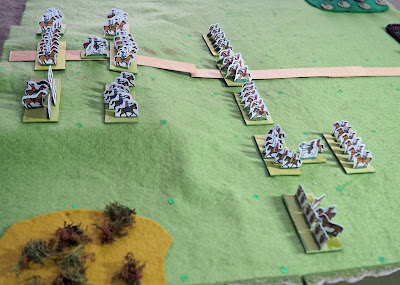 The Royalists redeployed slightly, and then Parliament's hose were charging up the slopes. 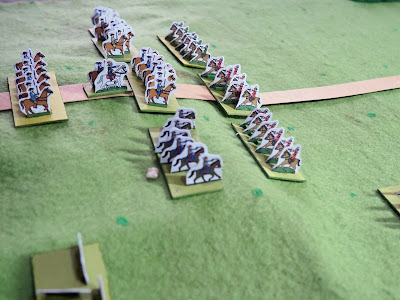 And, really, that's where it all fell apart. As you'd expect, charging upslope is generally never a recipe for victory, especially when you opponent enjoys a slight edge in terms of quality. Their units began to fall back with mounting casualties, and the Royalists pursued and also worked around the enemy flank. 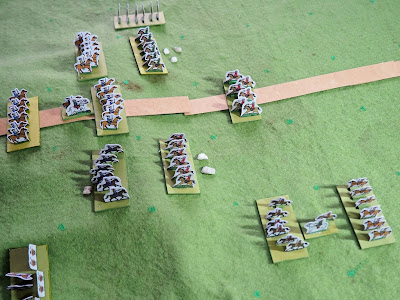 The first Parliamentarian unit routed, swiftly followed by another. 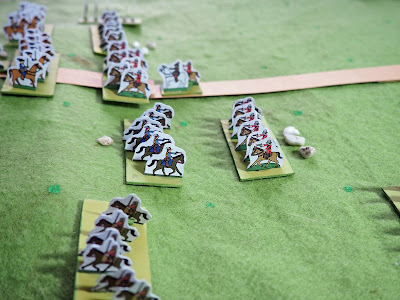 Meldrum led his men in charge after charge, but to no avail. 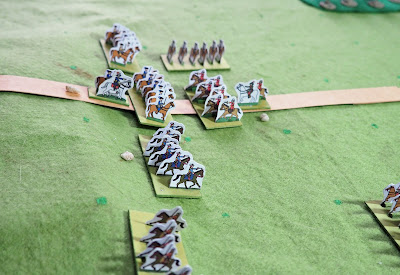 Parliament enjoyed a small success on their left, driving off one unit of Royalist horse ... 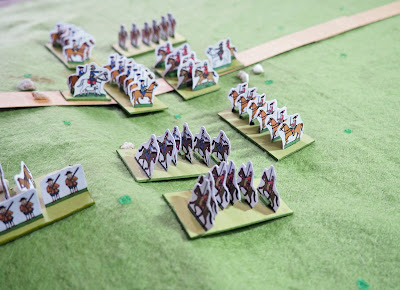 ... but Meldrum fell in the centre and the battle was lost. 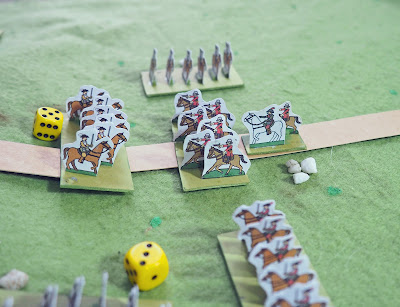 The Royalists quickly mopped up the opposition. 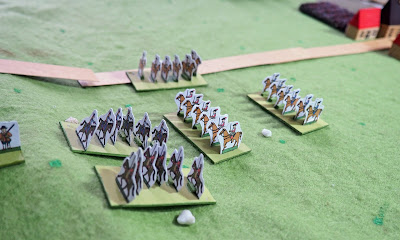 And that was it. It was a quick game and somewhat one-sided. Both sides got good activations early on, then the Royalists kept getting them whilst Parliament didn't. Ideally Parliament might as well stay where they are and let the Royalists come off the hill to them, but why would the Royalists do that? And, historically, Parliament does seem to have taken the initiative in terms of the attack.

I'm not sure how Parliament can win this one.