From the end of June until well into October we were in various forms of lockdown in New South Wales, so as you can imagine my burlesque activities were somewhat curtailed. However yesterday they briefly flickered into life again when I went to a one-off class. It was fun to just be up and moving again; whilst I could have done stuff at home over the past few months the general apathy of lockdown had pretty much pushed burlesque from my mind. The class was a much-needed boost.

Anyway, it made me realise that I hadn't posted an update since April of this year. Obviously there's not much to report, but there are a couple of bits.

In my previous report I said I was going to be performing in Sydney at the end of April, and that's exactly what I did. Here I am in full Professor Persano mode at one of my favourite regular shows, Burlesque In Hand in Glebe. 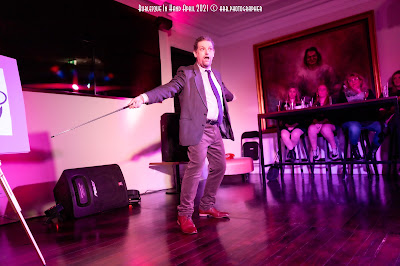 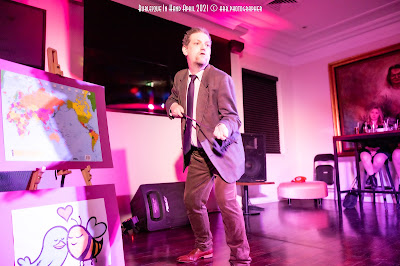 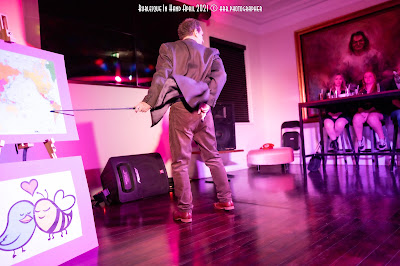 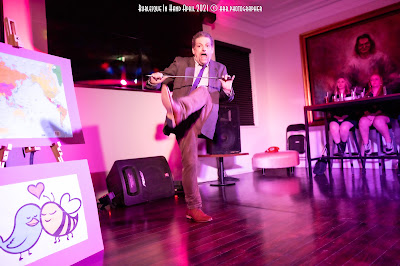 Maya was due to perform at the June show. We all know how that ended ...

Around May/June we started another multi-week class, learning the rudiments of chair-work - performance with a chair as the centrepiece. We almost got through to the final lesson before ... Lockdown! The final class was actually yesterday, and a few people did it. Most of us just felt that, sadly, we'd lost the momentum on the routine we were learning and it was too hard tp pick it all up again.
So now the holiday season is coming around - Christmas, the New Year and Summer Breaks - so things will be pretty quiet until stuff starts up again in February/March. I have an idea for a new routine I want to try and develop, though, even if at this stage it will just be sketching it out on paper until I get the chance to have some mentoring. So that may be the subject of the next update. Or maybe not.
Posted by Kaptain Kobold at 11:20