I fancied trying out my ECW One Hour Wargame variant last night. Rather than run a specific scenario or battle, I simply created two equal forces - two pike & shot, two horse, one gun and one lot of dragoons - then added two random units. The Royalists got two more horse, whilst Parliament got two more pike & shot.

I randomised the terrain - one possible item in each of the four quarters. The Royalists had a hill and an enclosure on their side, whilst Parliament got nothing. 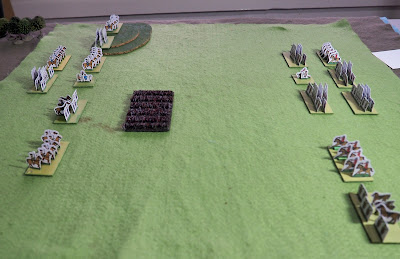 Thanks to the flexible OHW moves there was a lot of activity on the first couple of turns. The Royalists occupied the enclosure, but attacked with their horse. The first melee took place on their right flank. 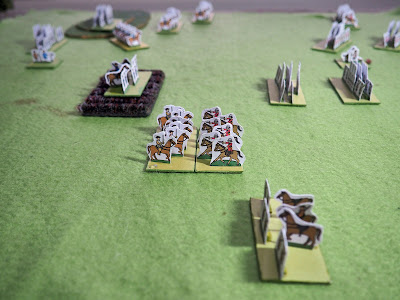 To be honest the whole action was a bit of a mess, rather than an organised-looking ECW battle. Parliament got their foot into position to hold off the Royalist horse. 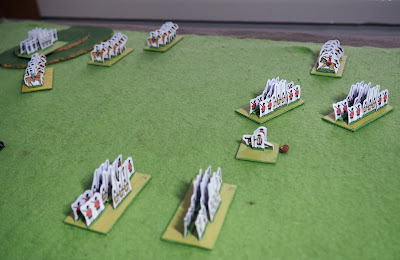 The Royalists were losing the cavalry action on their right. 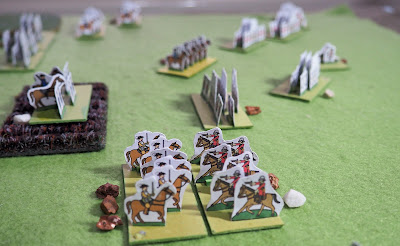 They charged on the left. Some of their horse reached the enemy gun, whilst another found itself attacking Parliament's foot, with the alternative being shot to pieces by it. 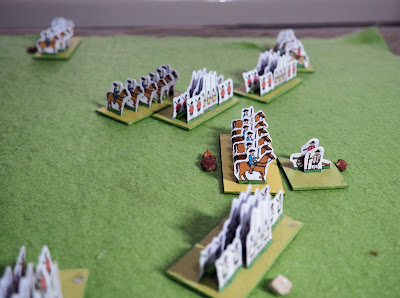 An overview of the battle. The Royalists were already a unit down. 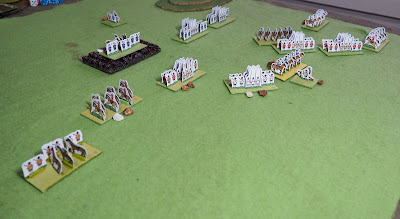 Parliament advanced their foot under fire, and attacked the Royalist dragoons in the enclosure. 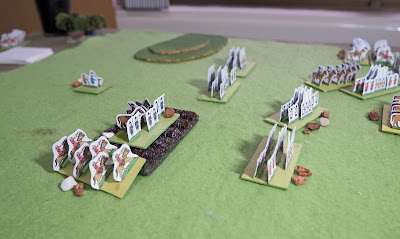 Royalist horse in action on their left. 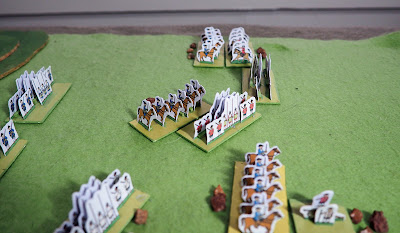 Despite a load of casualties, Parliament's foot was pushing forward and the Royalists had little to stop them. 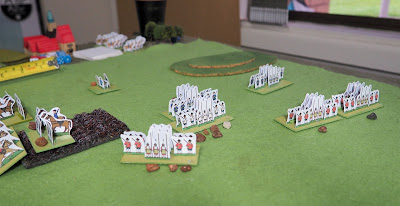 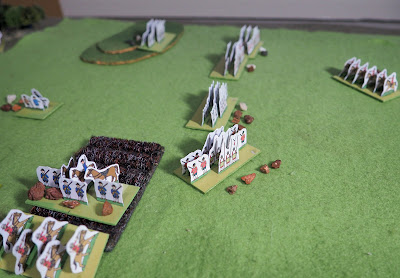 The last Royalist foot unit made a brave stand on the hill, but was quickly routed.

Soon the only Royalist unit left were the dragoons, still holding out in the enclosure and close to breaking the frustrated Parliamentarian horse opposing them. 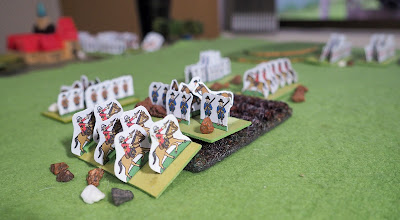 I found this a less than satisfying game; the rules didn't do it for me at all. Maybe in the end I just simply wasn't in the mood for them as much as I thought.
Posted by Kaptain Kobold at 12:51