Stick out this post until the end for a nice surprise.

We didn't play as many games this Christmas as we usually do. For various reasons we had fewer people over, and with a small baby in the mix our usual routines were a little disrupted. However we had a request to play Dixit on Christmas afternoon, so that's what we did. At first it was Cei, Maya Catherine and myself who played. I won both games fairly easily. Catherine dropped out to start cooking Christmas dinner, and Michelle took her place. Michelle them proceeded to wipe us out. 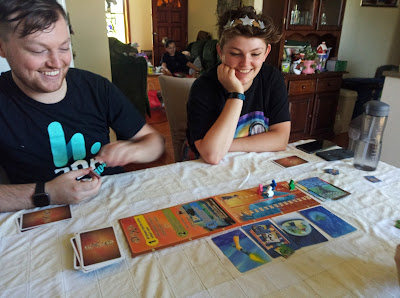 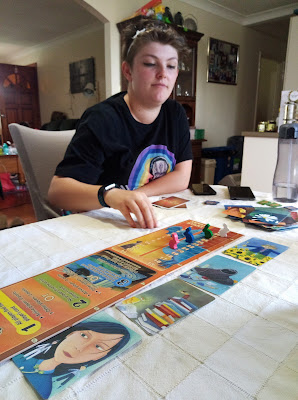 I dropped out at that point in order to help with the food, but the other three continued for a couple more games, which Michelle won again. Comfortably. Cei has married a game-winning machine.
I only got one game for Christmas this year - Small Samurai Empires, which is a neat little game based around becoming the Emperor of Japan (although in theory it's more about being Shogun I suspect). 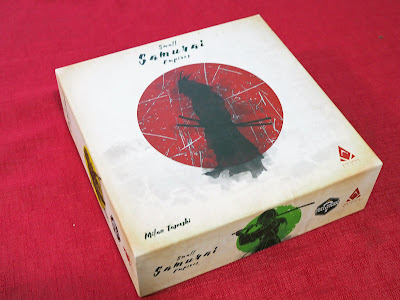 It has gorgeous little samurai meeples - a different design for each of the four players. 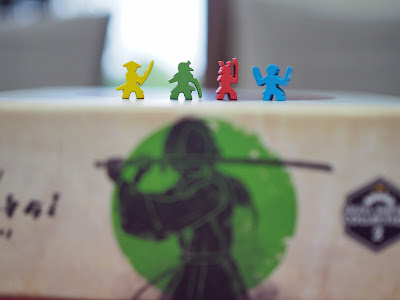 The rules seem quite involved, but it actually plays very smoothly. One each turn both players place orders next to the four regions that make up the islands, and these are resolved in particular sequence. the orders allow you to recruit troops, move, attack and harvest resources. You play three rounds, each of two turns, and resolve scoring at the end of each round. At the end of the third round there is a final scoring process as well, which is based on how important particular regions are. The importance of each region is determined by the players during the course of the game, so there's some interesting strategy involved in seeing what's likely to be the higher-scoring parts of the board and making sure you have a stake in them 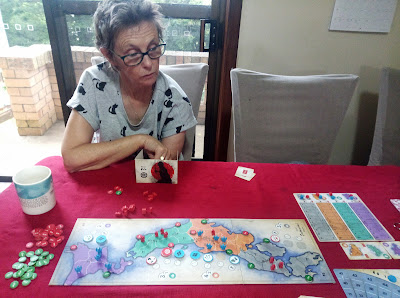 Catherine and I played a far from perfect game, but we got the gist of things, and finished fairly closely. 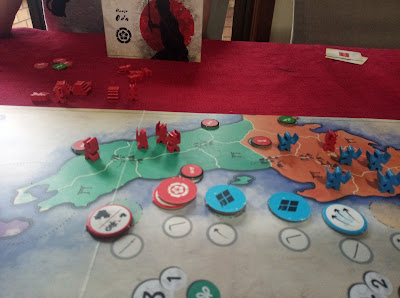 The central, orange, area has the potential to be the highest scoring region, but is also the largest and was hotly contested. 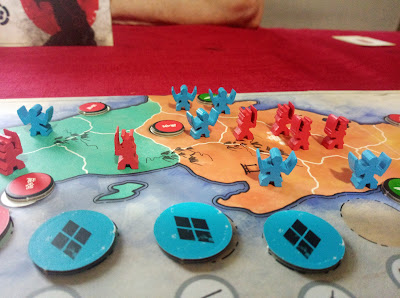 In the end I controlled the central region, whilst Catherine dominated the southern grey region. Both scored well. Catherine and I were roughly equal in the green region whilst I had nominal control of the low-scoring northern purple region. In fact I used this area to recruit armies which I then shipped south in order to contest the southern regions. It was this that gave me enough points to clinch a win. 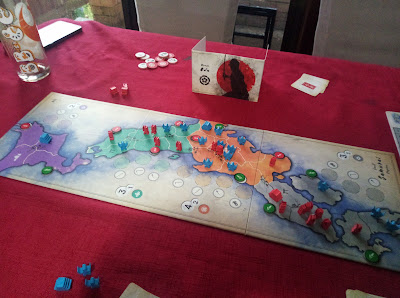 What of non-gaming presents? Well, this was my favourite - a t-shirt from Maya. We've been watching a lot of Star Trek: Deep Space Nine recently, and Garak is a favourite character of us both. 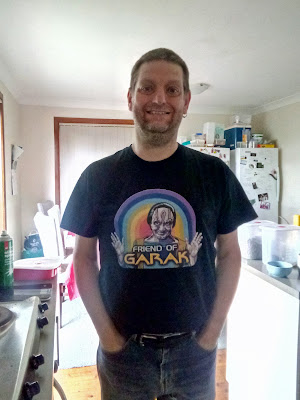 I also got some new lenses for my camera - a fisheye that I haven't tried out yet and a 50mm equivalent which I've tested out on the cats.
Mr Wednesday 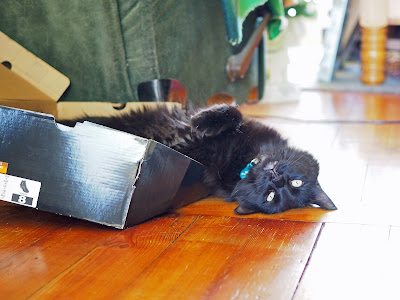 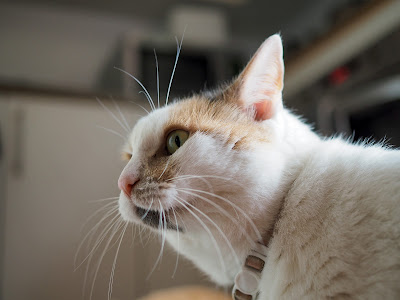 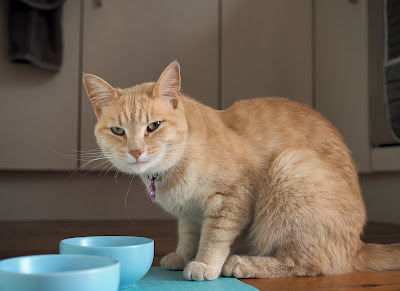 Aloy again (because she's my favourite) 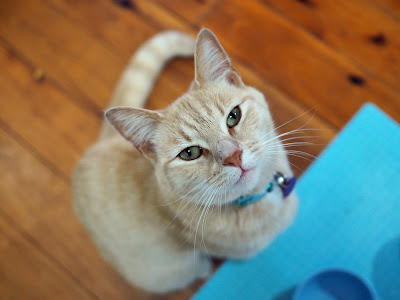 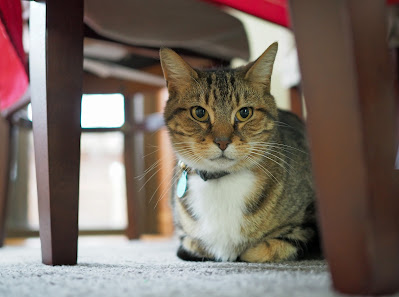 And, of course, I tried it out on my grandson Eli. he's three and a half months old now, and seemed to really enjoy his first Christmas. 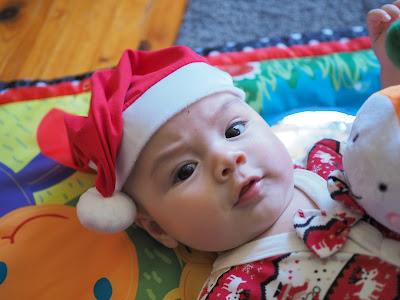 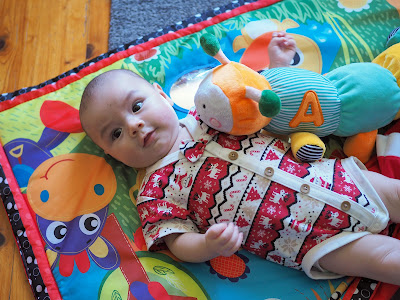 I hope you all managed to have the Christmas you'd wished for, and that you got the gaming gifts you expected!
Posted by Kaptain Kobold at 22:32