We're into Day Two of a raging storm here in Wollongong, so it's definitely an indoors kind of weekend. We spent some of yesterday at our friends' place, and managed to fit in three games of 'Marrying Mr Darcy', with four, five and six players. It is very luck dependent, but the way the game captures the style of the book means that it's still tremendously entertaining. I won two of the games, one of them in a double tie-break with my wife; we scored the same points for our characters and marriage, tied on Dowry and it went down to Cunning.

Anyway, I fired up some Tangerine Dream this morning, and set to work on making Captain UK's left arm. And here it is: 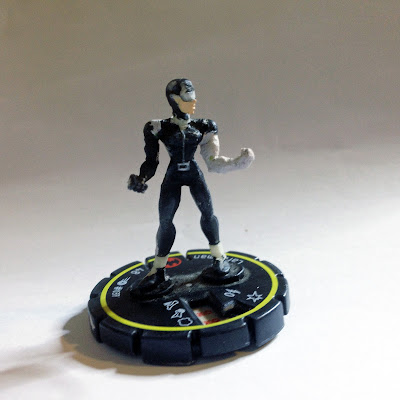 My milliput has basically dried up and given up the ghost (it is fourteen years old), but rummaging through the drawers of my painting desk I found some plumbers resin, and that worked just fine (although it smells a bit). The arm is probably a bit thicker than her other one, but if it looks too wrong when it's fully hardened I'll try and shave it down a little. I'm quite pleased with it, as I've never made an arm before, although having the other one as a guide helped.

Once the arm is fully dried, the next step will be the mask and then the hair.