A few pictures of some of the gladiatorial bouts I've played this weekend, testing new and modified rules for 'Munera Sine Missione'. The figures are (or were) from Gladiator Miniatures, Ral Partha, Wargames Foundry, Black Tree Designs and Shadowforge Miniatures. 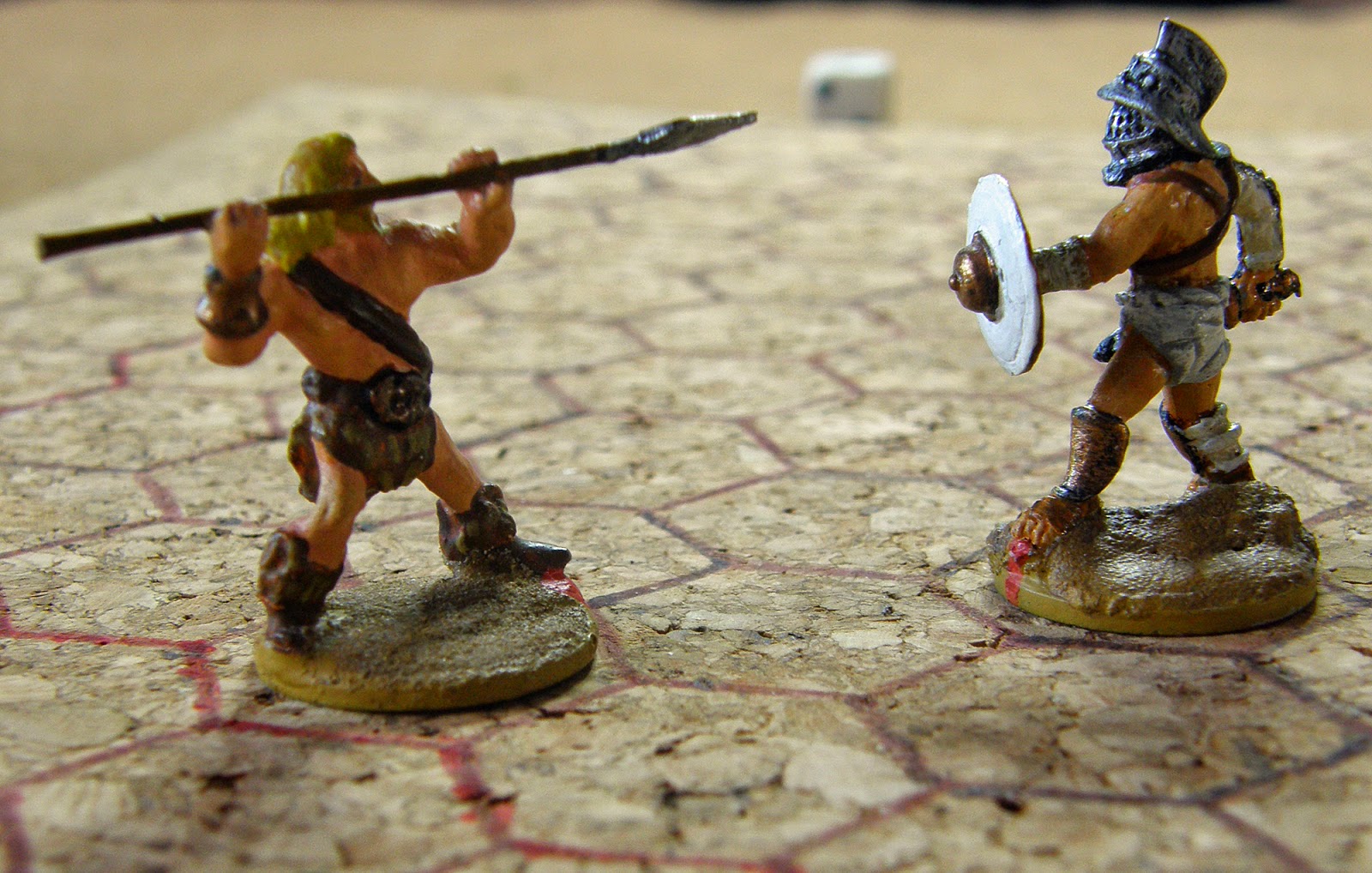 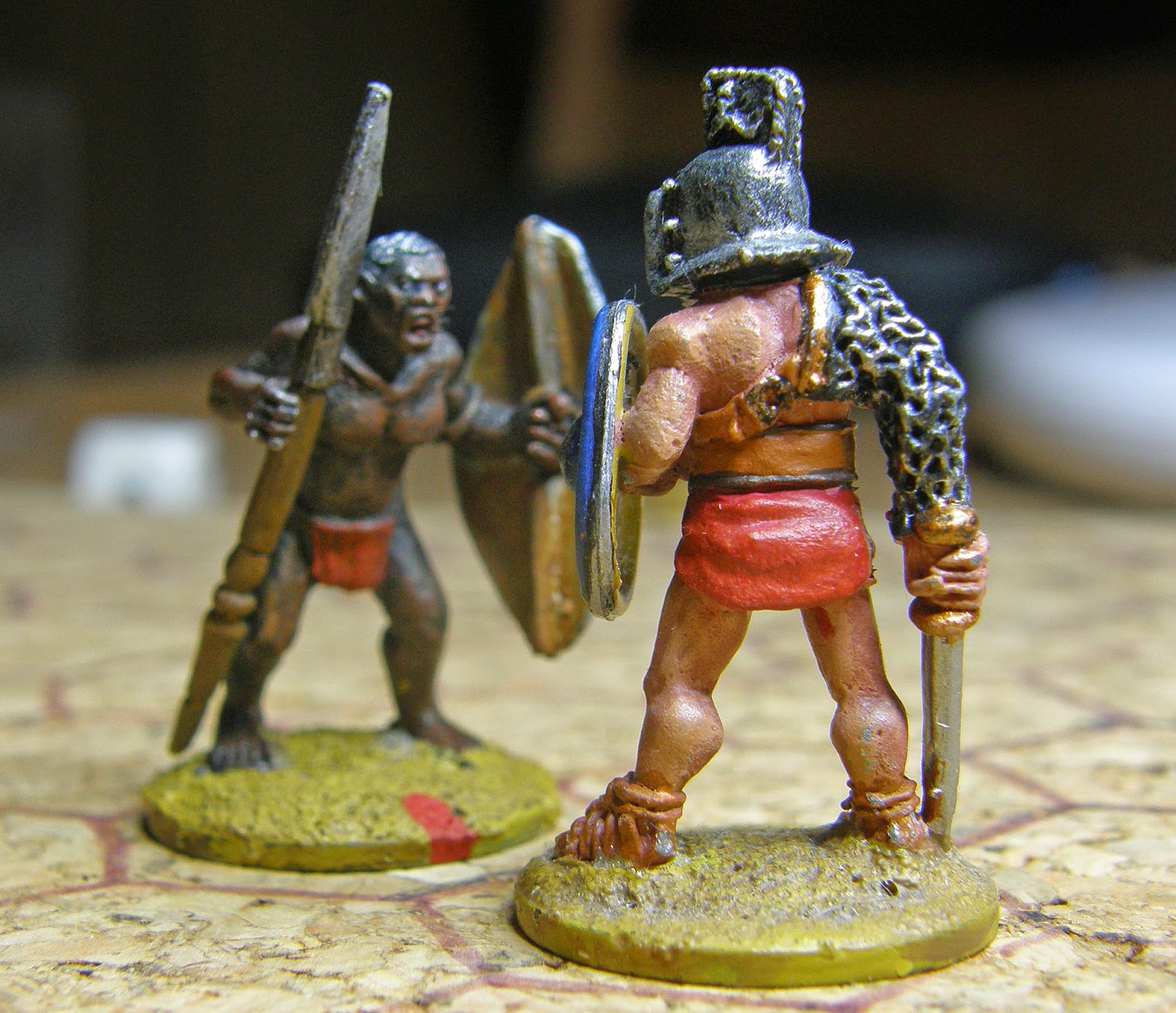 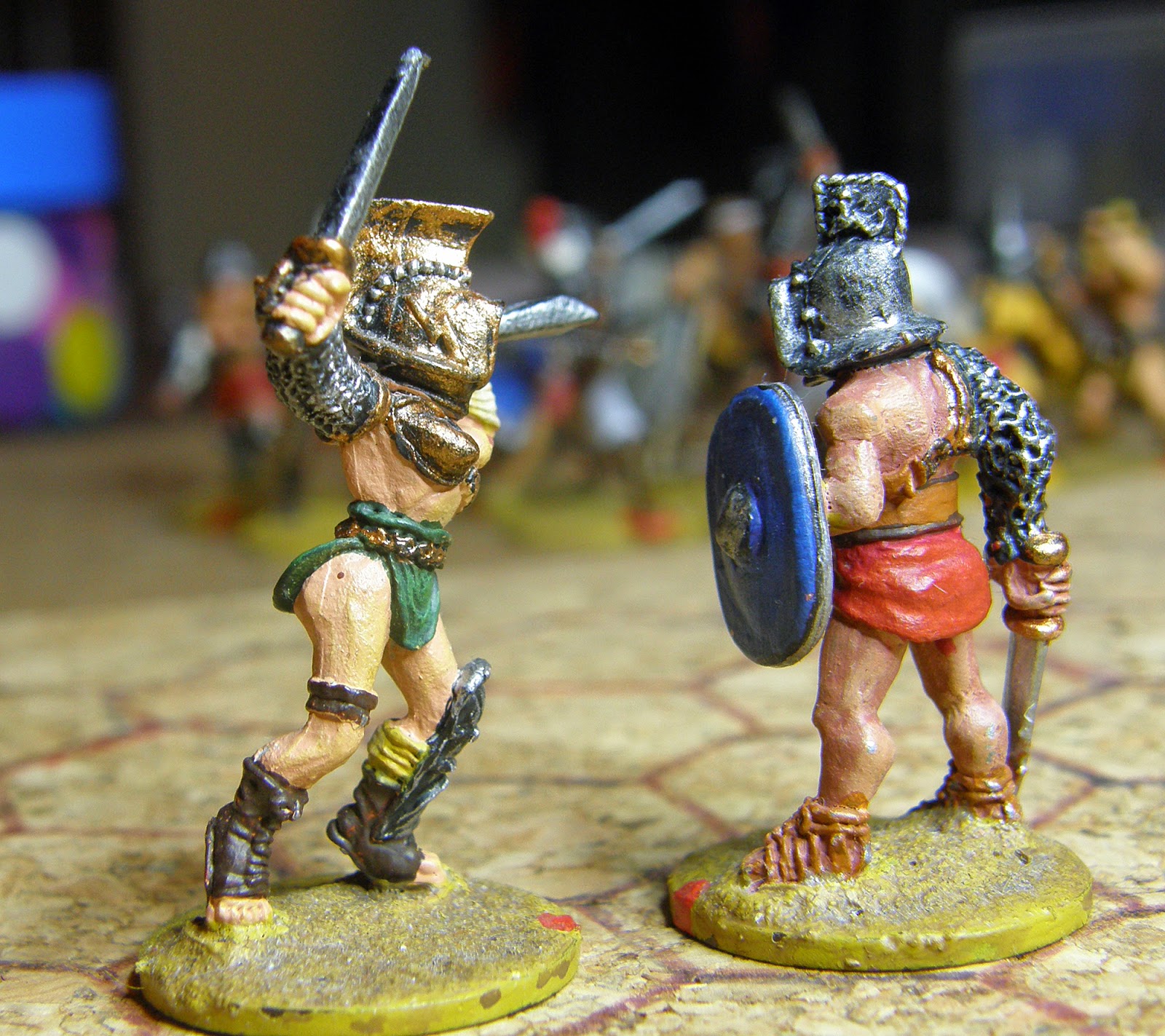 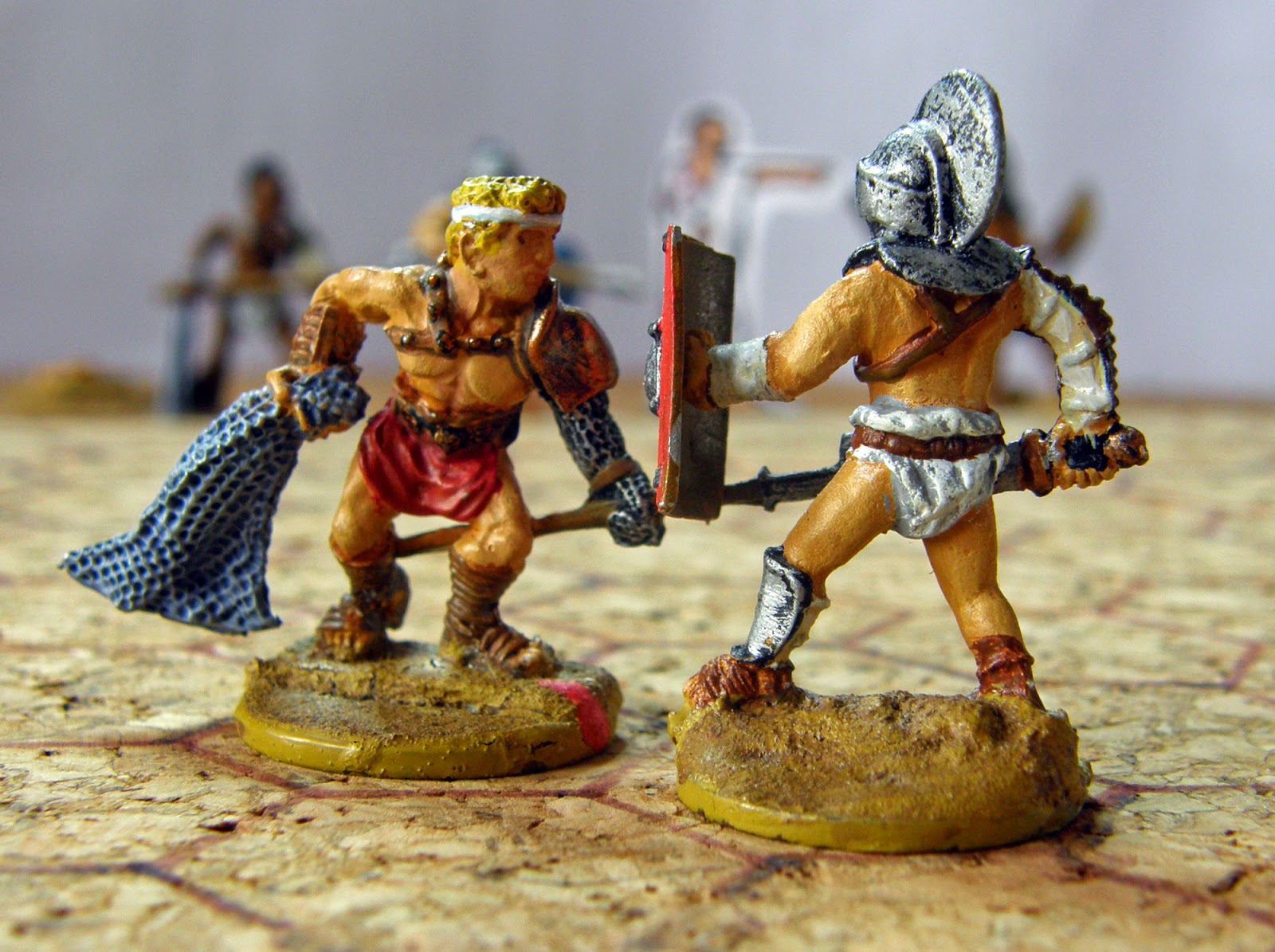 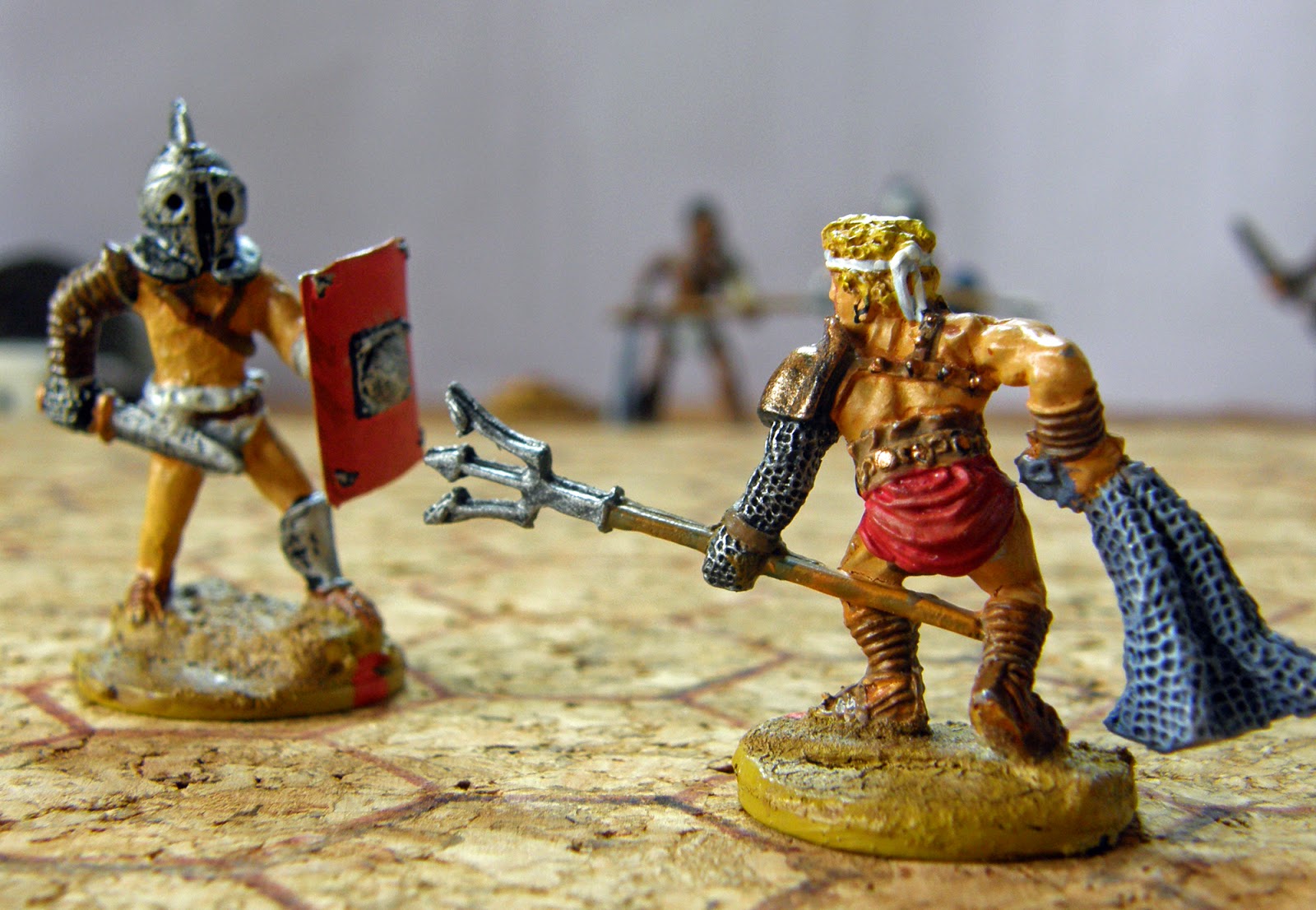 Another retiarius in action - Valentinus. He fought Murannus in a duel that took them from one side of the arena to the other and left them both exhausted. Murannus triumphed in the end, however. 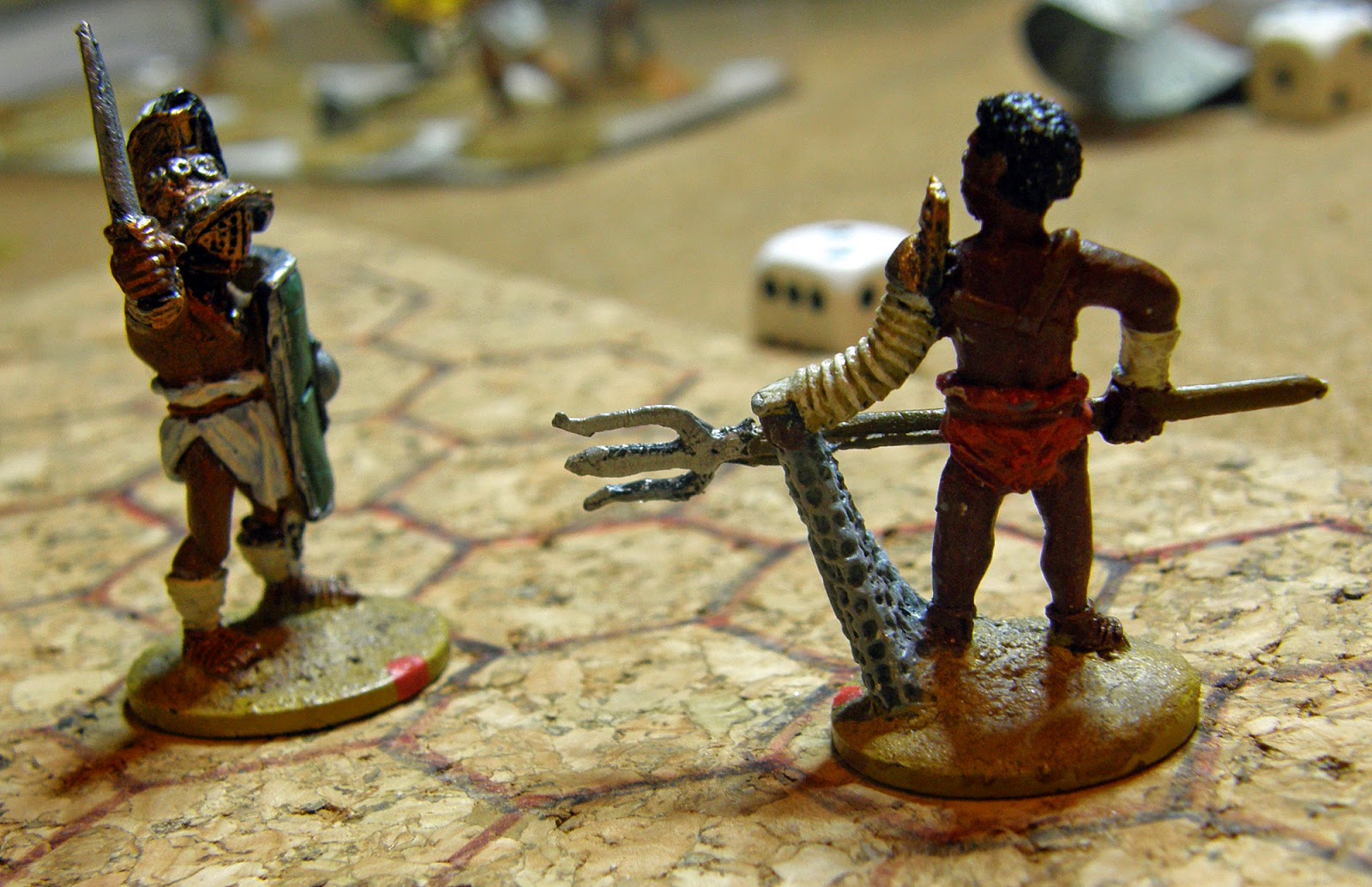 Finally here's Murannus fighting the barbarian archer Toxaris. She slowed him with a well-aimed arrow, then drew her dagger to finish him off. 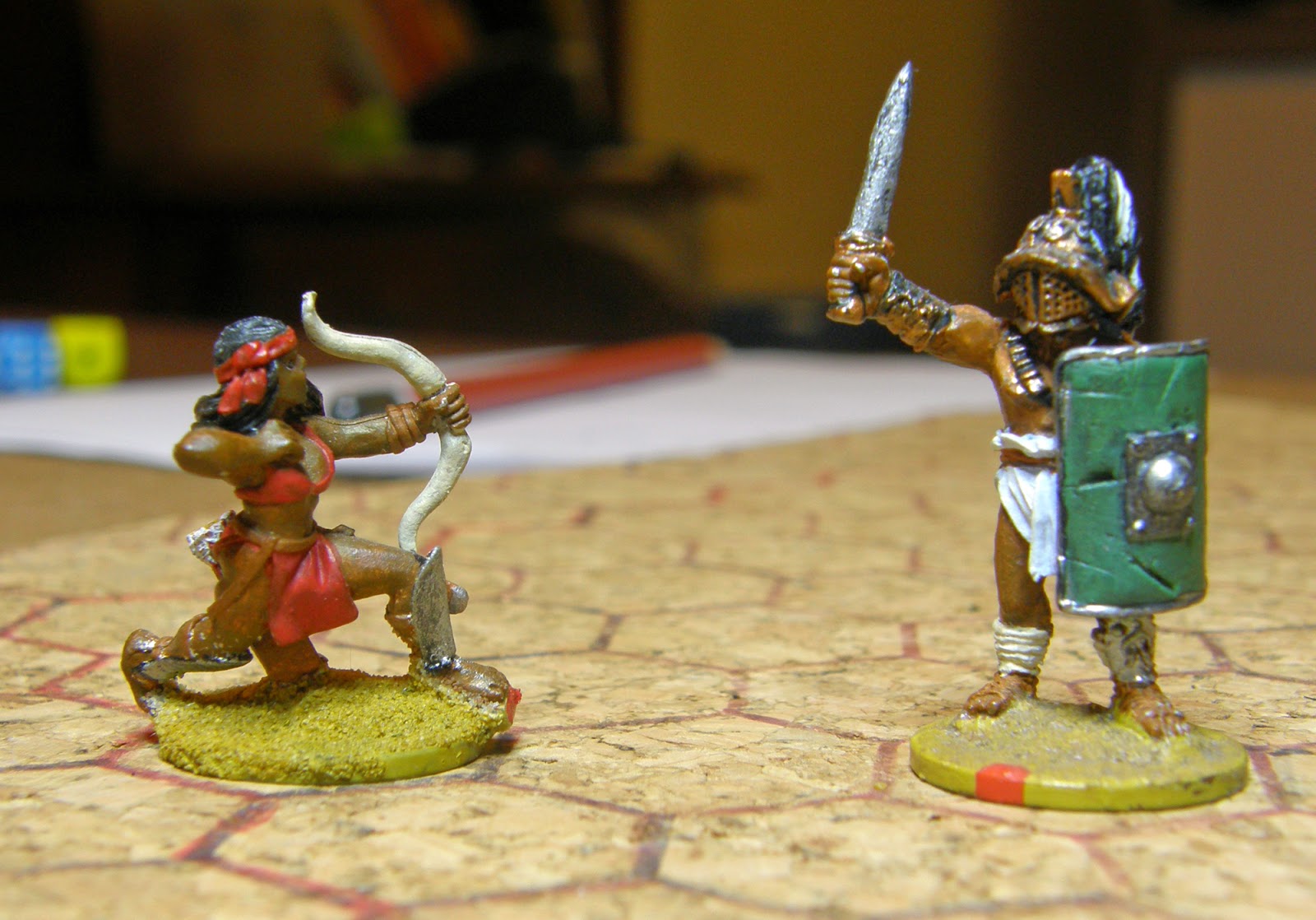 All being well, Victor and I will be showcasing 'Munera Sine Missione' at MOAB at the beginning of October, so pop in and see us if you're around in Sydney at that time.
Posted by Kaptain Kobold at 05:00