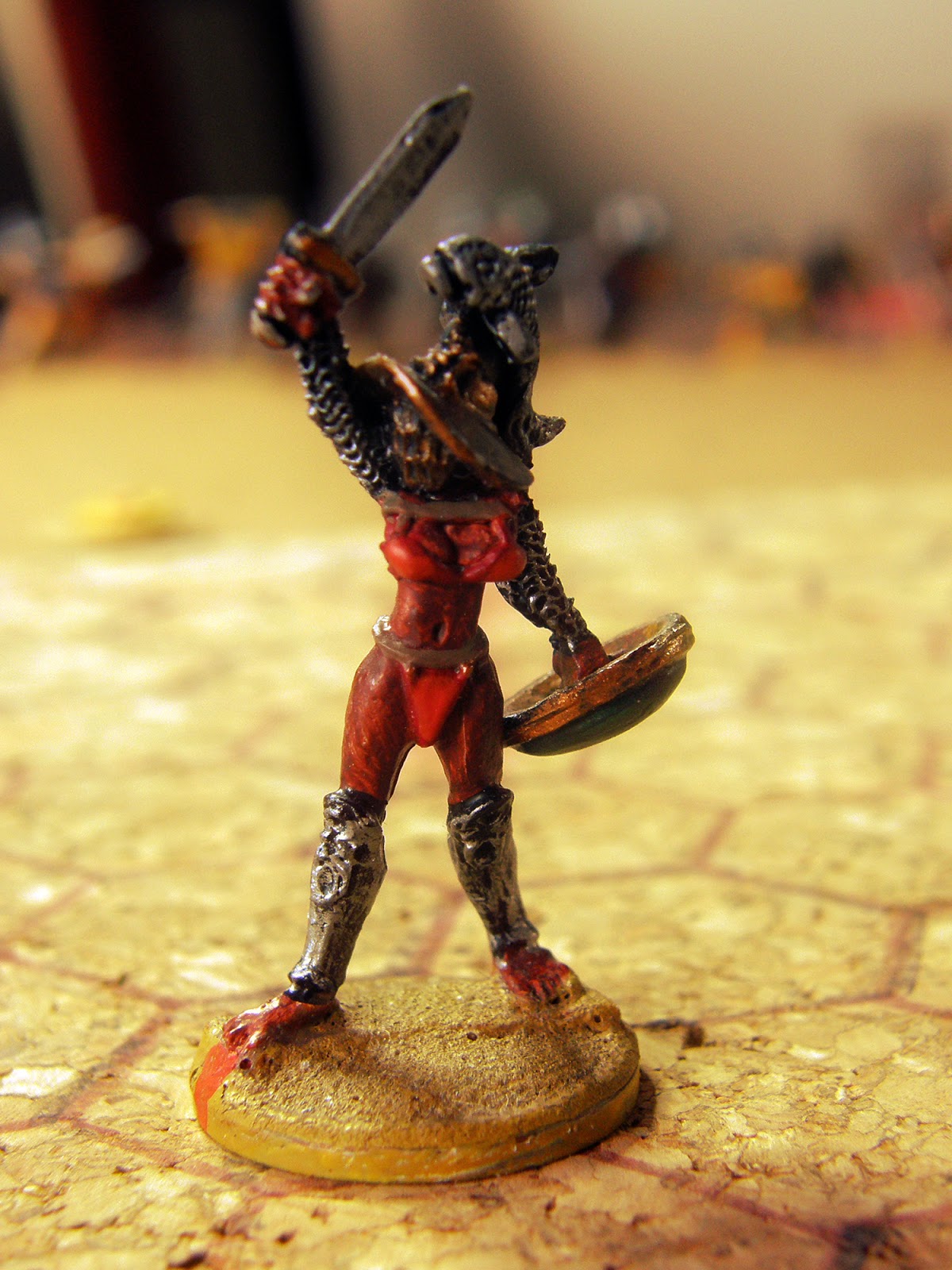 This is the second optional rule for 'Munera Sine Missione' which Victor and I have been testing over the last couple of weeks. It allows a gladiator with one or more spare AP to posture and generally play to the crowd in the hope of picking up support. Obviously you can only get away with this if you've done something they'll approve of, so it's linked to whether your opponent is down and/or whether you have attacked them. You can then perform greater feats as the crowd cheer you on or, if the worst happens, hope your performance will increase their supply of mercy.

The rule is as follows:

Gladiators who have attacked, or have a knocked down opponent in their current turn, and have at least 1AP remaining, can try to win crowd favour as their final action. To do so, work out the “favour total” as follows:

Roll a d6, if it is equal to or less than the favour total, the gladiator gains a Favour Point.
Favour points can be “spent” during a fight, representing uplifting crowd support. An AP roll can be increased by +1 for each favour point spent, with no limit on how many can be spent on a given roll. The decision to do this can be made after the AP dice is rolled, but must be made before any actions are taken.

At the end of a fight, if the appeal table is used, add the appealing gladiator’s favour points to the score, and deduct the opponent’s (winner’s) favour points.

There are a couple of other things we are working on, but they are still at the basic outline stage - improved rules for the cone/scissor weapon, as well as a mechanism for cheating, which links in with the referee rules and those given above.
Posted by Kaptain Kobold at 22:33