The Referee in 'Munera Sine Missione' 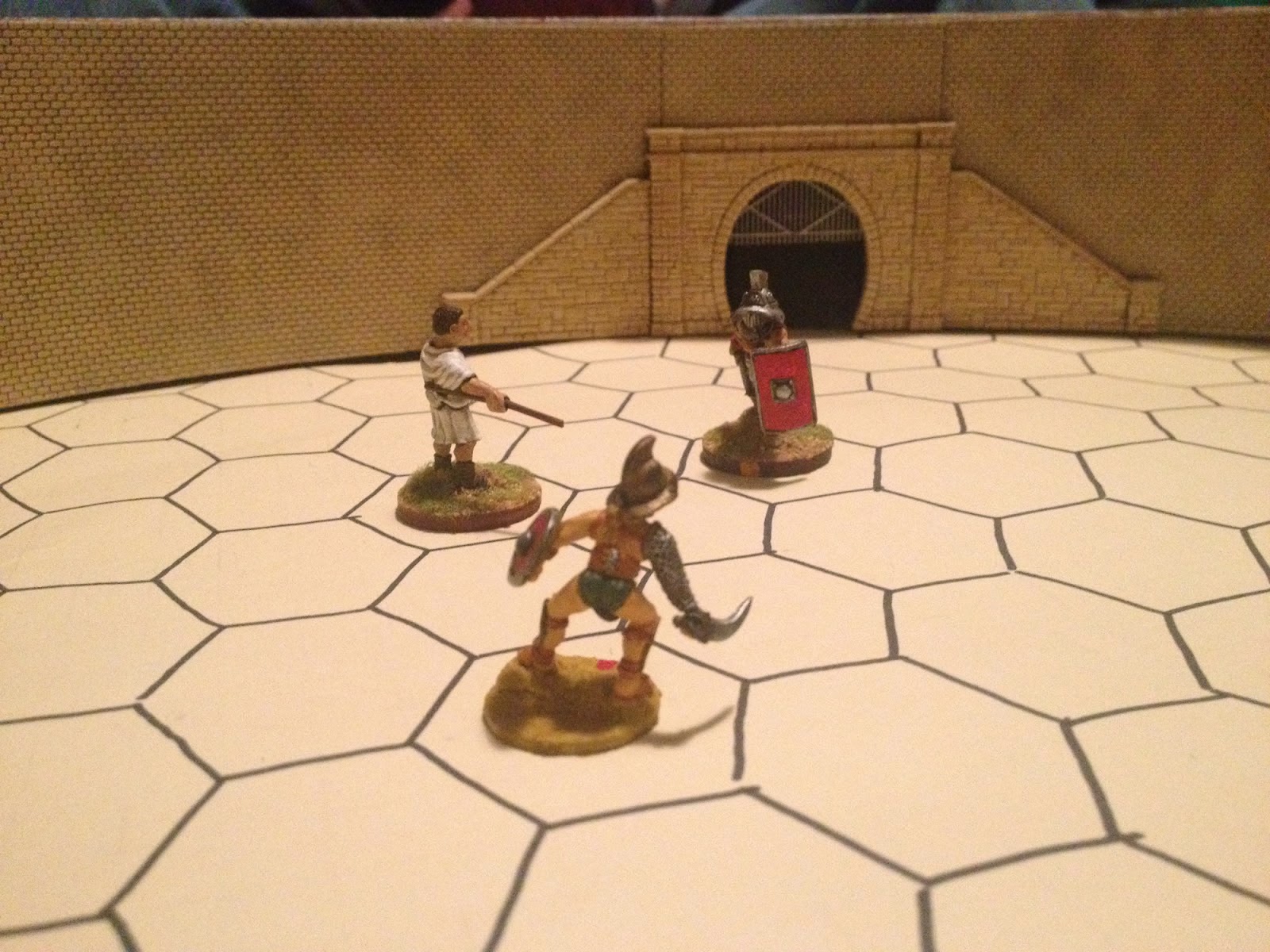 In a previous post I said that Victor and I were testing some changes and additions to 'Munera Sine Missione'. I thought I'd start posting some of them here in case other people wanted to try them out and pass any comments back to us.

The first addition is that of the Referee, which is something we tried out last year. The rule can be added to the game, or left out, as you please. It's purely an optional rule.You will need one referee figure, or token, for each bout taking place in the arena.

The referee does not start in the arena. If both gladiators are within 3 hexes of each other, either can then spend 1AP in their turn and place the referee adjacent to either gladiator, but not in a the frontal hexside. During their own turn, a player can move the referee 1 hex in any direction for the cost of 1AP, unless the referee starts three or more hexes away from either gladiator, in which case he must be moved 2 hexes (still at a cost of 1AP). No more than 1AP may be so spent per turn. His move must bring him closer to one of the gladiators, or an adjacent hex, but not to a gladiator’s frontal hex side.

The referee has no facing and can freely pivot at no cost. If a gladiator is adjacent to the referee, he can freely move to another hex adjacent to the referee. The referee can also freely move between adjacent gladiator hexes. The referee’s hex cannot be attacked, or moved through. He does not block line of sight so distance weapons can attack through his hex. A referee can occupy a hex containing dropped equipment, blocking access to it unless moved off first.

A gladiator pushed into the referee will force the referee to jump into any adjacent hex of the winning gladiators choosing, but not one adjacent to a frontal hexside.

Essentially the referee is a piece of mobile terrain, which can be used to cover your own gladiator from attacks or hamper the movement of an opponent. It's a useful way of spending that odd AP that gladiators are often left with.

A couple of the other rules we are looking at can be influenced by the referee if  he is in play, but I'll post them when we've checked them out more thoroughly.
Posted by Kaptain Kobold at 09:41