Yes, it's Thursday and it's time for the weekly Gong Garage Gamers report.

It was just Geoff and I this week, and we played a couple of games of HOTT once we'd decided that no-one else was going to turn up.

In the first one Geoff took my Ratmen, whilst I used William Walker's Filibusters. The Rats defended.

Here's Walker's forces advancing to meet the foe. The army is based on Alex Cox's film from the 1980s as much as the historical Walker, so that's why there's a US Marine helicopter with it: 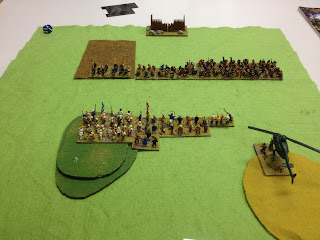 Here's a closeup of Walker's Nicaraguan allies. The artist at the back is called Doubleday: 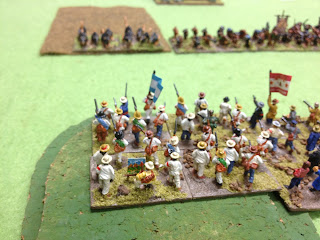 The armies meet in combat: 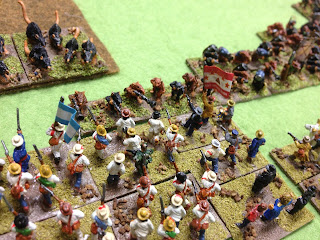 Sadly my combat rolls were very, very bad, and soon the Rats were advancing triumphantly across the board: 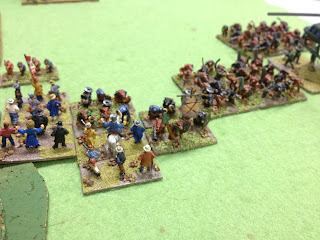 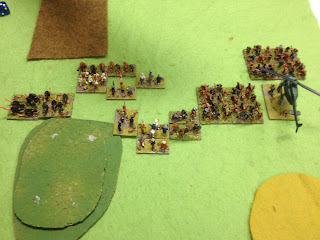 Over on the flank the Marines held off numberless Hordes: 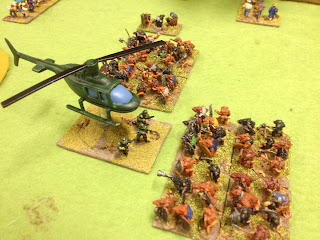 But in the centre Walker makes an heroic, but futile, last stand on a hill: 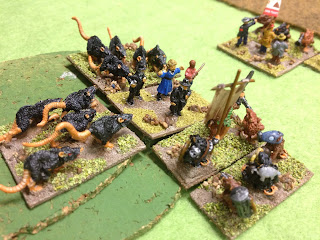 Game over, and a victory for the Rats.

In the next game I used The Spawn of Tiamat, whilst Geoff used the Ceidonians (essentially Medieval humans). Tiamat defended her Sea of Primal Chaos (not in this picture): 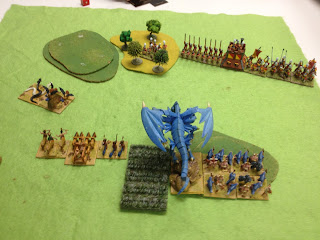 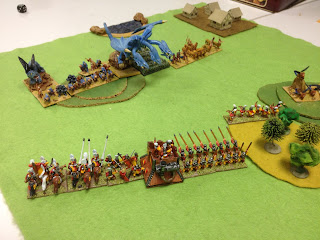 The Spawn attacked the Ceidonian flank, savaging their archers in the woods: 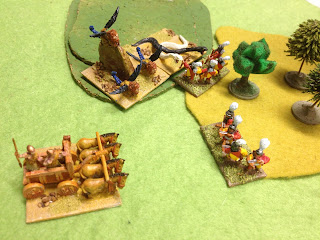 Then turning on the Spears: 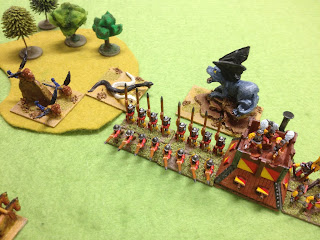 The Ceidonians charged up the hill at Tiamat and her Lesser Spawn: 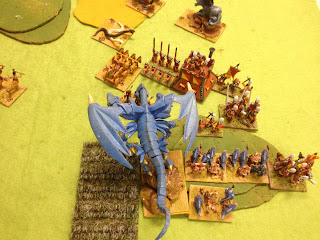 But their losses caught up with them, and it was soon game over.

And that was it. One game each.