Another Gong Garage Gamers report. We played HOTT; Geoff, Peter, Dave and myself played a 48AP game featuring High Elves against Dark Elves, then Peter and I played a 24AP game with my Inuit matched pair.

The Elf game - obligatory (at the moment) fish-eye view: 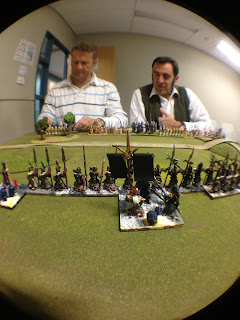 And a more conventional shot: 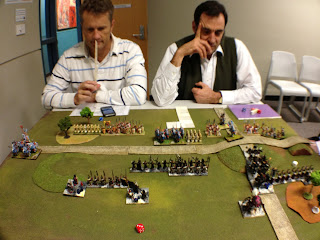 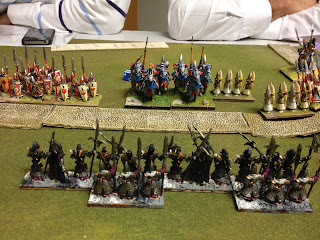 Oh dear - one of my Dark Elf Magicians is surrounded and killed: 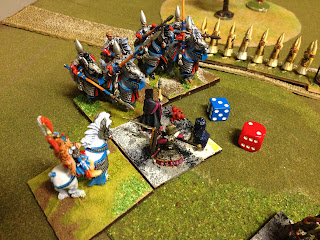 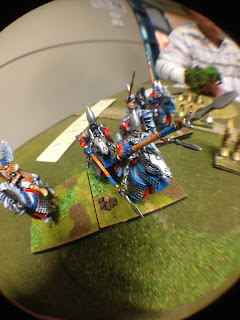 In the centre the Dark Elf Spears didn't fare well against a charge by High Elf Knights: 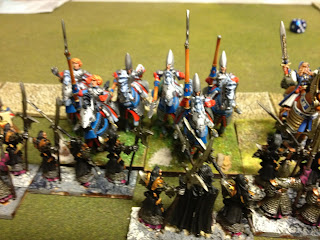 The Dark Elf left flank was threatened by Knights and a Hero: 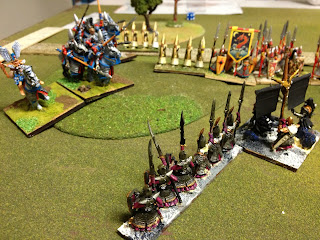 The right flank was a bit of a mess: 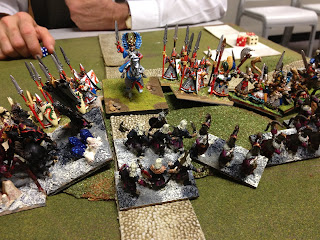 Another view of the threatened left flank: 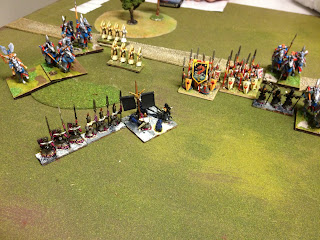 Not much else to say; the Dark Elves were outflanked and outfought, barely troubling their opponents. A High Elf victory.

Geoff and Dave left at that point, so Peter and I got out my 15mm Inuit matched pair. The Inuit tribe is in the background, and facing them is the sinister Inland Dwellers of Etah: 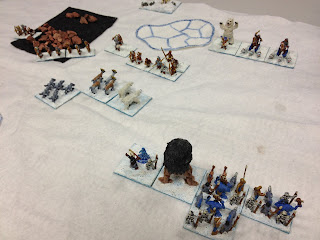 The Inland Dwellers have a God: 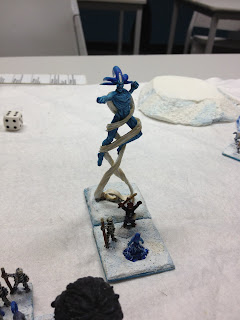 And he's good for blocking recoils. Whilst wily Inuit hunters killed Etah's Beasts elsewhere on the field, the God helped destroy the Inuit general and their shaman to pick up a fairly swift victory: 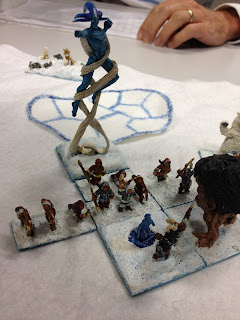 I might feature the Inuit matched pair on this bog at some stage.