Playing those ACW Portable Wargames a couple of weeks ago gave me a bit of a yearning to get out Battle Cry again. So over the weekend, when I wasn't photographing the cycling or working my way through the whole of 'Dad's Army', I set up a few games.

I used the solitaire rules I've outlined elsewhere, which allows me to play both sides sensibly and gives a reasonable facsimile of the actual game.

In recent years I've used my 6mm miniatures for Battle Cry, and they look rather splendid, but I fancied the toy soldier look of the original pieces this weekend, so used them instead. In addition I added some terrain; I used cork hexes to raise up the hills, and buildings and trees to represent homesteads and woods.

I started at the beginning, with the First Bull Run scenario. 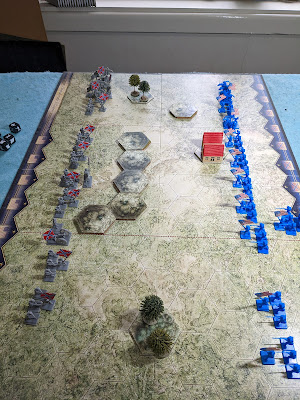 It seems to have a lot of cavalry. Stuart attacked the Union left. 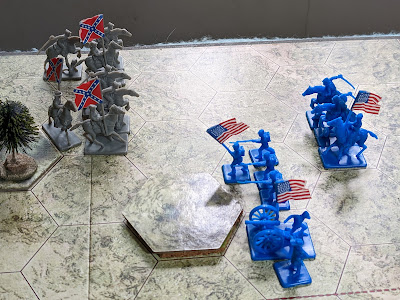 The Union cavalry was driven off. 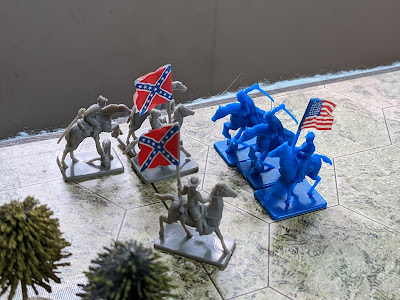 The Union advanced whilst the Confederates were slow to take Henry's House Hill. 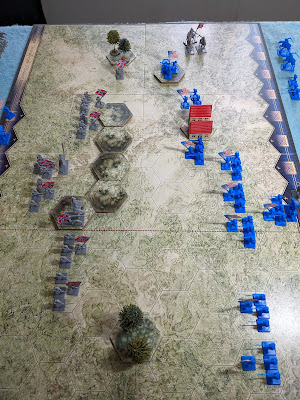 The surviving Confederate cavalry was stymied by some Union artillery ... 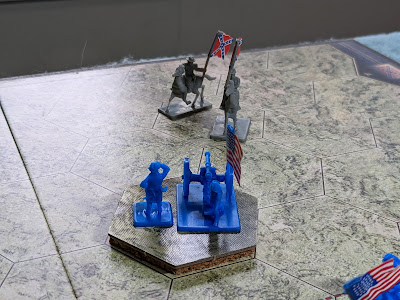 ... who took out General Stuart as well. 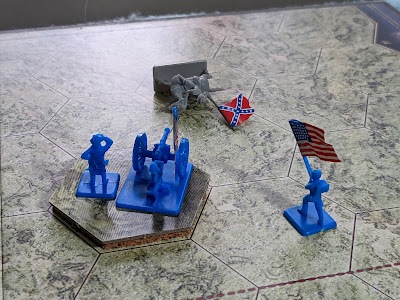 The Union continued to advance as the Confederates occupied the hill. 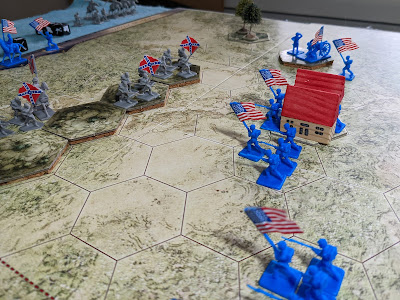 The Confederates gave up the high ground at the first assault. 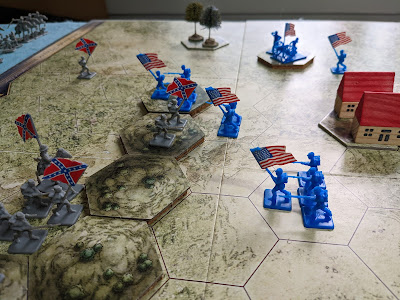 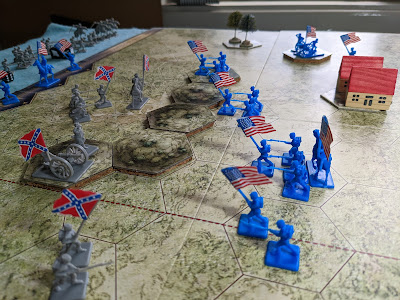 The Union troops over-ran the Confederate position to pick up a fairly easy victory.
I then set up the Shiloh scenario, which I've not played before. It has a lot of woods. 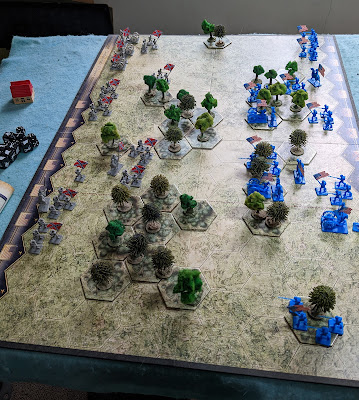 The Union have a lot of guns covering the few clear areas. 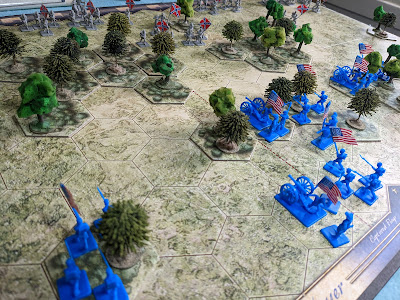 An early Bombard card allowed the boys in blue a chance to seriously maul the advancing Confederates. 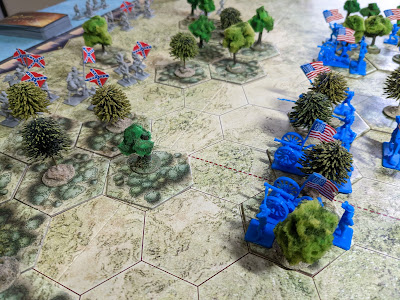 The Confederates pushed on through the woods. 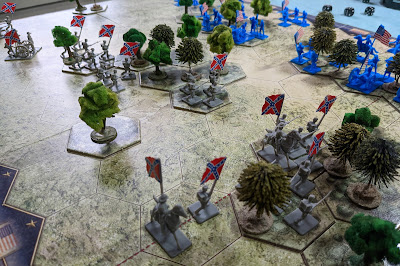 Some made it to the guns, but the units were looking very feeble when they got there. 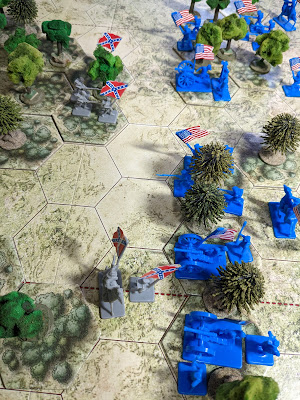 The Confederates also have guns, but they start tucked away in a corner as a reserve. Slowly they brought them up into position and started to batter the Union line. On their left the Union felt bold enough to take the fight to the Confederates. 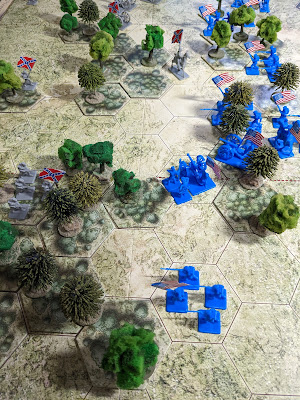 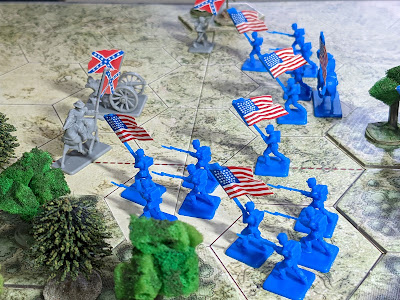 With the scent of victory in their nostrils the Union troops pushed forward. The Confederates had nothing to seriously oppose them with and collapsed. 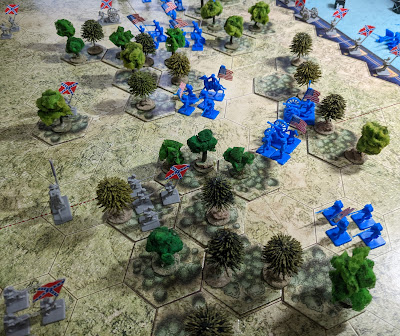 As I recall the Confederates didn't destroy a single Union unit.
I don't have suitable terrain to play all of the scenarios like this, but they certainly looked nice with a few trees and buildings on the board. And it was fun to get this old classic game out again.
52 Games - Game 56
Posted by Kaptain Kobold at 11:14