I did a refight of Cheriton this afternoon, using my ECW Portable Wargame and using the dice-based initiative system I described in this post . Since I played that I've refined the random events part of it, as follows:

If a double is rolled, and it doesn't trigger the reduced firing effect, then roll again to see which player is affected by the event, then once more to see what the effect is. The event is resolved before either side takes their turn.

So here are the two sides set up, Royalists in the foreground and Parliament beyond. I didn't set any objectives and just ran it as a straight fight. 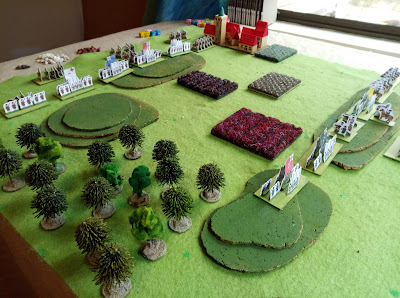 Both sides' horse got stuck in on the outskirts of Cheriton itself. The terrain meant that the Royalists couldn't bring their numbers to bear; the Royalists had stacked their horse on the flank, whilst Parliament's was more spread out as a reserve. 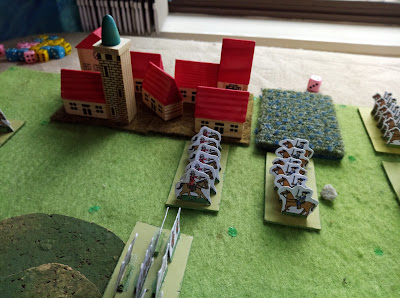 Grabbing the initiative on the first couple of turns, Parliament advanced, sending dragoons into Cheriton Wood. 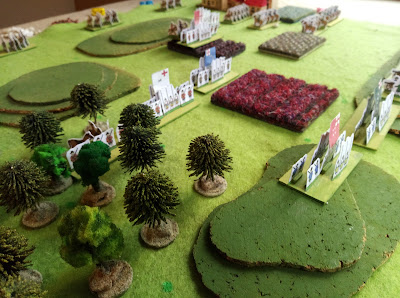 The Royalists held their ridge, and the two sides exchanged fire. 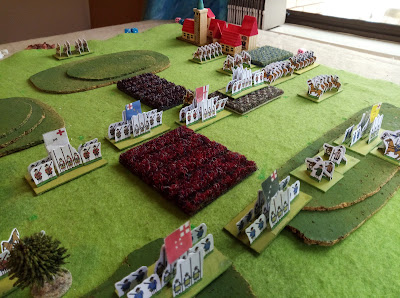 A lucky shot struck down the Royalist commander. 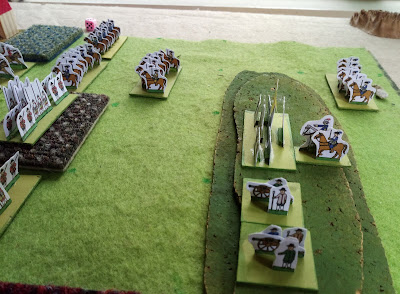 The foot blazed away at each other, and casualties mounted. 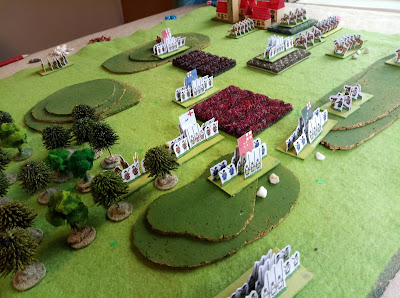 The Royalists lost the cavalry action on their right, their horse collapsing quickly and scattering. 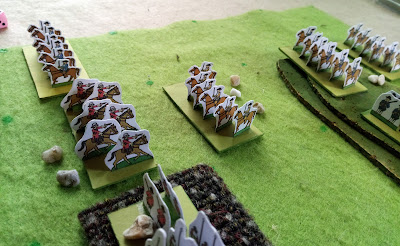 Parliament lost their commander, as he led an attack on the ridge. But Parliament had the upper hand by this stage with the Royalists being close to their breaking point. Both sides were low on ammo, and smoke obscured the field. 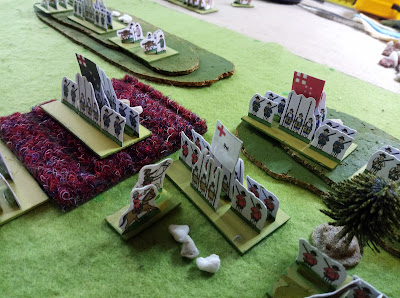 The Royalists seized the initiative, as one of their foot regiments rushed the woods sheltering the enemy dragoons. 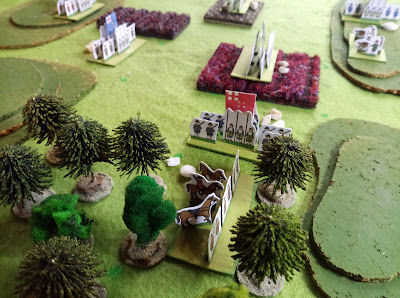 And other Royalist foot held the line on the other flank, fending off attacks by the surviving Parliamentarian horse, and pushing forward to drive off their attacking foot. Indeed much of Parliament's foot ran at this stage, leaving both armies at their breakpoint. 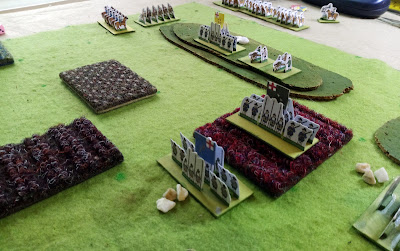 The Royalists made a final push against Cheriton Wood, routing the dragoons. 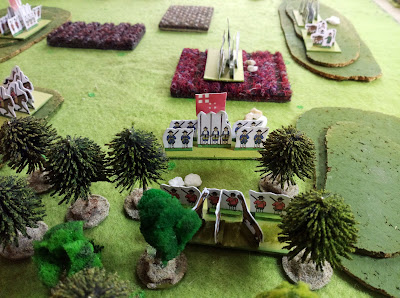 Parliament fell back, leaving the field to the shaken Royalist army. 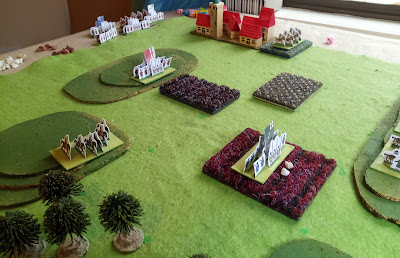 The last three turns saw three doubles in a row, the only ones of the game. The first saw a reduction in firing, the second allowed a Royalist unit a free turn, and the final one saw a Royalist horse unit unable to act, although this latter even had no effect because the Parliamentarians immediately failed their morale test anyway.
Posted by Kaptain Kobold at 17:17