It's been a few months since I did a burlesque update, but you'll be pleased to know that things are still ticking along on the old tease and strip front.

In my last burlesque post I said I'd recently done a show in Sydney but hadn't at the time of writing, got any photos of it. Well, I have now. They're what you'd expect if you've seen the other pictures I've posted from shows; same act, different venue: 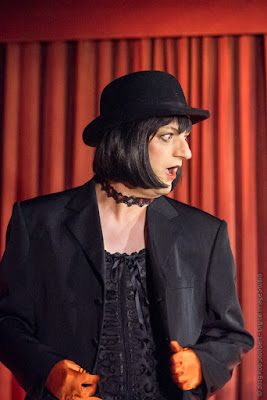 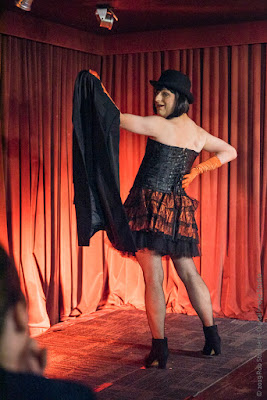 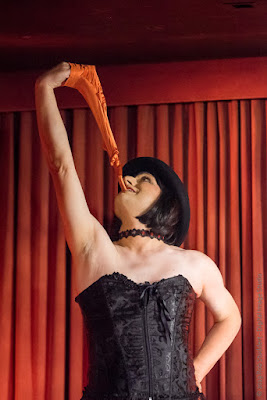 All of the photos were taken by Rob Studdert.

In addition I did another set of classes; we spent eight weeks putting together a Halloween-themed routine for three shows at the end of October. Because of the number of us taking part, and the limited size of some stages, we were split into groups, all learning the same routine, but with each person only assured of one actual performance. As it was some people got more than one chance to shine; I wasn't one of them, but both Maya and Catherine did. We also had a number of first-timers make their performance debuts.

These pictures taken during the performance, and as part of a curtain-call, were also taken by Rob Studdert. 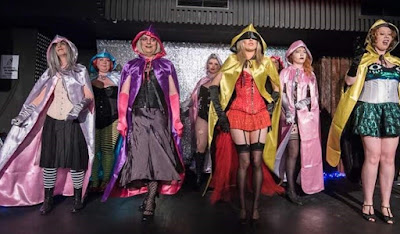 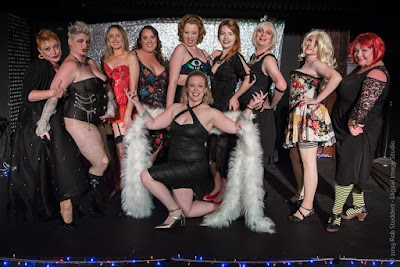 I have also managed to get more work done on my next solo act. I struggled with it for a while; putting something together without outside help was harder than I thought it would be, but as with most projects of this nature it suddenly came together in the course of an afternoon, and I have over half of the performance worked out to a point where I'm happy with what I'm doing. There's still the other half to do, and there will always be scope for polish and flourish, but I'm confident and can produce something I'm happy with. I did a four-week course specifically on working with a boa and gloves in order to help me develop it. That meant another group-shot, this time taken by Mae De la Rue: 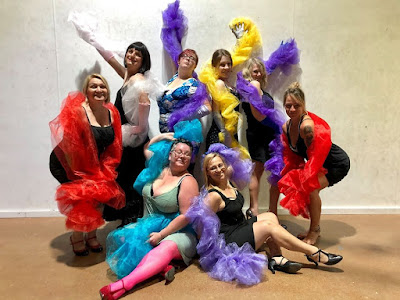 The biggest news from the past couple of months is that I applied for, and was accepted, into my first burlesque competition - Australian Burlesque Idol 2020. I'll be competing with eight other starlets in the Canberra heat in March. I'll cover that in its own post though, but here's a nice poster: 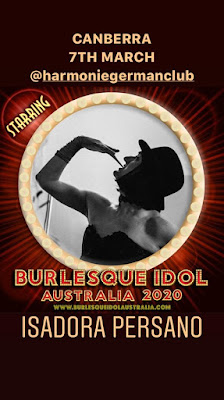 Things will be quiet on the burlesque front during December and January, what with Christmas and summer holidays, so I doubt I'll have much to report. I hope the next year will bring some more performance-based excitement. And thank you to everyone who has followed these updates. It's been fun putting them together.
Posted by Kaptain Kobold at 21:31